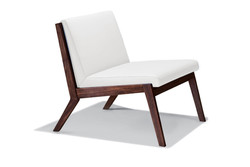 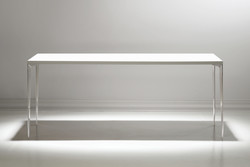 Focusing on consumer products and furniture design, Justin Porcano is an
industrial design student at Art Center College of Design. Porcano, a native
of New York, grew up on Long Island before relocating with his family to
Pennsylvania. Inspired

by his parents who are both designers, he pursued an
architectural degree from the Philadelphia College of Design and Textiles where
he received his B.Arch. While working in the architectural profession, Porcano
had the privilege of assisting on

the Meshworks design installation for Zaha
Hadid in Rome, Italy.

Desiring to expand his knowledge within other design mediums and scales, Porcano
left Philadelphia to study industrial design at Art Center College of Design in
California. At A

rt Center, his first seating project entitled Protean was published
in The International Design Yearbook of 2004 by Tom Dixon, as well as Fresh Wood
New Designers Vol 1. As a student, he has worked on large-scale interiors and
signage with RTKL L

A as well as conceptual development for audio equipment with
Ashcraft in Santa Monica. Currently, Porcano is spearheading the development of
MINUS, a consortium of talented freelance designers and architects from across
the United States.

In the fall of 2004, Porcano made his television debut when he was chosen to
compete in a loft designing competition on the remodeling show named Monster
House on the Discovery Channel.