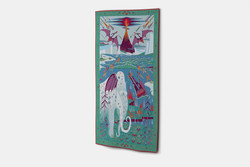 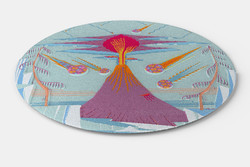 Klaus Haapaniemi is influenced by his native Finnish culture on a daily basis. Homage to interest in folklore, nature and the seasons, and Mysticism infuse his work with their colour and brilliance. It is no wonder with such varied, vivid subject matter he has become a leading book and fashion illustrator and sought after designer. His clients have included Selfridges, Disney, Stella McCartney, Levis and D&G. Haapaniemi was awarded Graphic Designer of the Year 2008 by Grafia and recognised particularly for the acclaim his work has received outside Finland.

In 2010 Haapaniemi & Wallenius set up MK House. There, the focus is on crafting textiles with luxurious materials and combining traditional methods with modern prints inspired by Nordic nature and folklore. The elegance, energy and emotional impact of their designs speak to contemporary audiences by awakening their imaginations.