Klemens Grund, born 1982 in the Black Forest, learns the profession of a carpenter. In 2004 he studied at the Academy of Crafts, Gut Rosenberg in Aachen and graduated in 2007. In the same year he acquires the title of master carpenter. From 2007 to 2010 he works as a master designer in the Brammertz joinery in Aachen. 2010 to 2013 he works in the architecture studio of Peter Zumthor in Haldenstein. 2014 he founds his own design studio in Cologne. Utility objects, products and architectural projects are created. His works are internationally awarded, exhibited and published. Today Klemens Grund lives in Switzerland. He works in the 3D studio of the Kunstgiesserei Sankt Gallen, gives workshops and teaches. 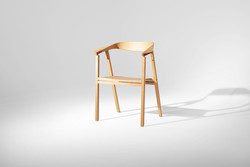 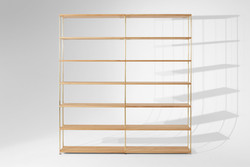