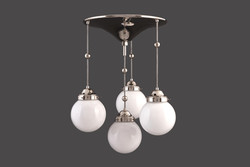 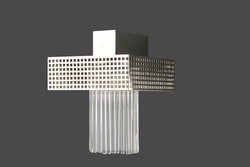 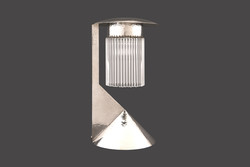 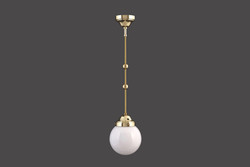 Koloman (Kolo) Moserwas born in Vienna march 30th in the year 1868.He studied at the Academy of Fine Arts and at the Viennese School of Applied Arts (Kunstgewerbeschule), where he later, after 1899, worked as a teacher. Kolo Moser occupied an important po

sition in the Austrian art scene of the turning of the century, as he was one of the founders of the Secession, the organisation of graphic artists in the year 1897. Furthermore, together with Josef Hoffmann and Fritz Wärndorfer he founded the Wiener Werk

statte and contolled together with Josef Hoffmann over the means of production and sale of their artistic work. Moser worked as a graphic designer for severals magazines for exemple "Ver Sacrum", "Hohe Warte" and "Der liebe Augustin". As a craftsman Moser

designed a mosaic as well as the stained glass windows for the "Kirche am Steinhof" by Otto Wagner, the most famous consecrated building of the period before 1914. 1905 Koloman Moser demonstatively left together with the group around Gustav Klimt, the so

-called "Klimt-Gruppe", the Secession. Furthermore, Koloman Moser is one of the founders of the "Österreichischer Werkbund". Besides graphics and craft Moser worked as a painter. His first pictures show the influence of impressionistic tendencies, in his

later years it was the painter Ferdinand Hodler, who had strong influence on the style of Kolo Moser. Kolo Moser died october 18th 1918 in Vienna.