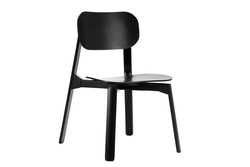 Laia was born in Barcelona in 1979. Since she was a child she wanted to be a sculptor, but the smell of wood from her family’s business made her choose industrial design. While she was studying Engineering in Industrial Design and Degree in Design at Elis

was on this last studio where she met Francesco Cusumano and after a year of sharing experiences they decided to create La-Nevera, a multidisciplinary design studio dedicated to Communication and Exhibition Design. In 2009 La-Nevera crossed its path with

Roman Bianco and Elena Casanovas. It was then when they decided to found CreativeAffairs Studio.