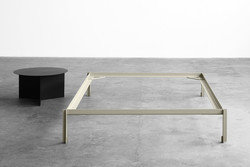 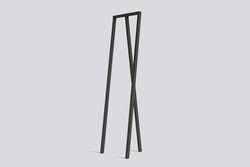 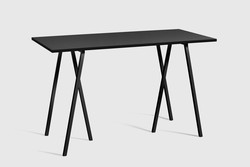 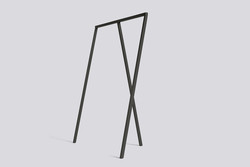 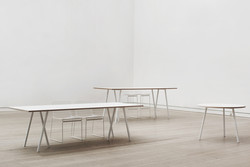 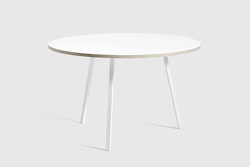 "I had heard of Leif Jørgensen, but never met him in person. For instance I knew that Leif had created all the Diesel shops in Scandinavia over the past many years. We finally ran into each other in Frihavnen where Leif and I used the same bla

cksmith and had a long and interesting talk. Afterwards I felt that I had come upon an extraordinary professional and human being. My intention had always been to connect our stuff with architecture. Leif is in fact an architect and early on in our conver

sation I felt that the things he talked about was exactly what I had been looking for.Leif initially showed me the drawings to "Round One" and "Other One". I thought that if we could realise those and produce them we would have somethi

ng big with regards to both our production profile and the business in general. Because Leif is an architect we often ended up discussing spaces. His forms in the "Round One" and "Other One" and "One" furniture are organic ye

t commanded by an underlying geometry. By drawing an outline over geometric forms you can achieve an organic expression in a controlled form. There is no doubt that Leif has had a huge influence on HAY. Working with him gave everyone an extra boost. Thing

s I hadn’t paid attention to before became apparent to me thanks to Leif’s appreciation for and understanding of modern art and architecture. He taught me how the object is entirely dependent on its context for meaning – that that which

we are in is not as important as our surroundings. Today he and I have a mutually reflective dialogue that I think we will always continue. When you are continuously looking for knowledge outside your current experience you build a platform that can be a

launch pad for originality. That is what Leif does. Leif Jørgensen has since established a drawing office together with Bestseller. BS Architects has in four years gone from two employees to fifteen, a success which more than any words tells what