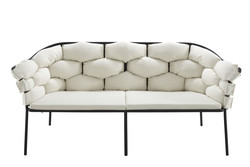 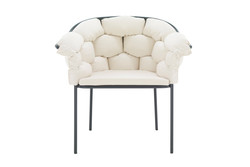 She is born in 1984 in the south of France and graduated from the Ecole Nationale Supérieure des Arts Décoratifs in Paris in 2008. During her studies she spent some time at the Design Academy in Eindhoven (The Netherland) and interned for Alissia Melka-Teichroew in New York. 2008 to 2012, she worked as Inga Sempé’s assistant in Paris, developing aside her own projects. 2013 to 2015, she worked in Santiago (Chile) for Roda on the brand development and new collections (www.roda.cl). She also taught industrial design at the Pontificia Universidad Catolica de Chile.

Since 2010 she is also developing her own projects. She is now based in Mexico DF.