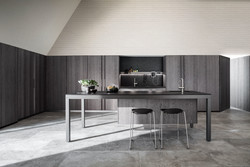 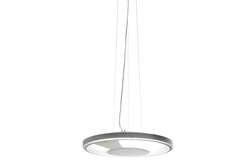 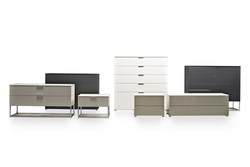 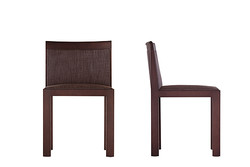 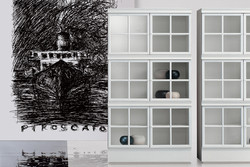 Milanese and Lombard by culture, only by chance was Meda born, in 1936, in Chiavari, Liguria, where his family used to spend their holidays. He grew up in the centre of Milan and the cityscape, monuments, humble and anonymous houses, simple interiors and

fine quality and tasteful objects helped to shape his sentimental training, concealed but significant. He studied first at the Brera Art school and then at the Hochschule fur Gestaltung in Ulm in Germany, one of the most famous design schools in the wor

ld. He always loved drawing and used this medium more than any other to describe and create reality. In the 1960s, he became friends with Aldo Rossi, a lasting relationship. They opened a practice together and Meda started working. Those were the years of

numerous projects for architectural competitions and for the Museo di Storia Contemporanea in Milan with Rossi and others (1962).

From the late 1960s to the late 1990s, he was principally active in the world of industry collaborating with se

veral European firms and designing objects for mass production. He worked a great deal for companies such as Molteni, Girmi and Unifor establishing a close and solid relationship with them. Many objects and furnishings designed by Meda have received inter

national praise and been displayed in exhibitions and museums.

Marco Zanuso was born 100 years ago. The Milanese architect is one of the inventors of post-1945 Italian design and for decades inspired other architects and designers.