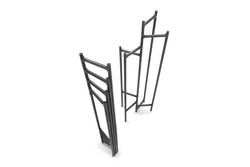 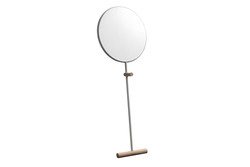 Born in Guatemala in 1980, Luis A. Arrivillaga studied Mechanical Engineer at Rafael Landivar University and graduated in 2005. Straight afterwards he moves to Milan Italy looking for new goals and achievements. He attends a Master in Product and Interior Design where he has the opportunity to collaborate with some prestigious brands as Centro Stile Alfa Romeo, Alias, Serralunga. During the 2006 and 2008, he enrolled in different useful workshops as Hi-tec/ Low-tec for Microsoft, given by Matali Crasset, and Nutella given by Odoardo Fioravanti. At the end of his Master year, he participates in the exhibition called BestUp with the project "Caos Calmo", during the Milan Furniture Fair 2008. In 2009 starts working in Flowserve and Lai Studio. Has the opportunity to do some research and development in different concepts, from Furniture and Object Design to Interiors and Architecture.

In 2010 he join Atelier Biagetti, developing for the studio different interior and industrial design projects. In the same year he won a position in the Workshop Universal Design For Seoul city in Korea, given by Julia Cassim; experience that gives him the chance of being in direct contact with a different approach for design issues. At the beginning of 2011 he moves to London where he joins Nikid, Design Studio.  In april 2011 he won 1st. price with "PUTIA" table for Touchable Emotions by MDFItalia&Cristalplant contest. Now he lives in Milano, and start collaborating with different manufactures companies including MDF Italia, Made a mano, and some others.