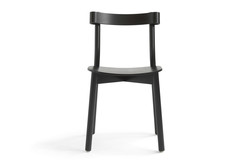 In search of new horizons, Marcel received a residency grant from the Australian Council for the Arts, moving shortly to Milan to immerse himself into international design culture. In 2007 he moved to London where he worked with both Artek design studio, and until 2011 was Senior Designer at Tom Dixon.

‘marcel sigel studio’ was established in early 2012 from a desire for personal expression in his work and is founded on the notion that design should be impassioned, provoking the emotions, feelings and behaviour of those who come into contact with it. His designs can be characterised as idiosyncratic and fresh. On one side is the understated and disguised, on the other, the bright and noticeable, alluding to both the hidden and visible strength of an object.

The studio is based between London and Sydney, working with leading international clients across product, furniture, lighting and space.