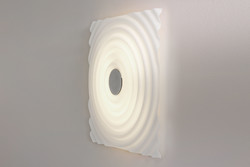 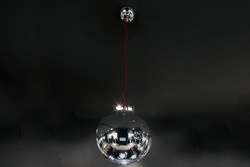 Marco Bisenzi was born in Florence in 1965,he graded from the faculty of architecture of Florence in 1996.
In 1999 he had been invited for the membership on the “Odine Nazionale degli Architetti”.

From 2002 he was in charge for lighting projects for “Boscolo” Group” in all five starts hotels developments, after that many other italian notes companies, engineerings and fashion firms as Ferragamo, Prada and Gucci invited he for projects.

His activity was deeply involved with lighting urban spaces and during 2000 Giubileo, he developed with ACEA the illumination of many monuments in Rome.

He helds lessons ad “IED of Florence” for master in lighting design concerning, contract lighting and monumental lingering.In 2012 he was reccommanded by “Camera di Commercio di Firenze” to set up Florence’s Duomo lighting on site.