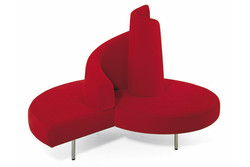 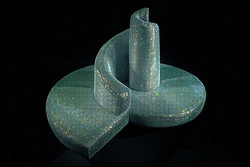 Was born in Rimini in 1958 and after studying at Florence University he gained his degree in Architecture in 1985 with a thesis on a project for a motorcycle prototype. He obtained his Master's Degree in Industrial Design from the Domus Academy in Milan. He has been working as a free-lance designer in Milan mainly on architectural projects and design and in the furniture field with Edra, Vittorio Bonacina, Disform, Metals, Ollko, Masterly, Steel, Morphos and Mimo. Recently he has been working with international firms such as Piaggio, Bimora, Yamaha and KTM in the motorcycle field. He is a consultant for commercial space projects for firms in the fashion field such as Fiorucci and Basile. Among other awards, in 1992 he won the Forum Design Prize at the furniture exhibition in Milan for his armchair "Quadronda" produced by Vittorio Bonaccini &Co. In 1993 he won the "Top Ten" Prize for his sofa "Tatlin" produced by Edra at Cologne Furniture Exhibition organized by Dupont International.