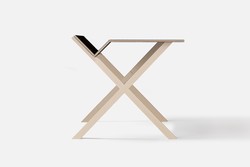 Markus Boge, born in Bielefeld in 1972, and Patrick Frey, born in Seoul in 1973, studied design together from 1996 to 2002 at the University of Applied Sciences and Arts in Hannover.

Both have been working since then as freelance designers. Furniture which they designed and submitted together for their diploma is being produced by furniture publisher Nils Holger Moormann: the tables »Kant« and »Marketing«. In 2003, just one year after successfully entering the freelance designer scene, they were showered with design awards: In Milan they received »honorable mention« from Design Report; in Hamburg they accepted the highly-lucrative German newcomer award, the »Lucky Strike Junior Designer Award 2003« (for the table »Kant«); and the Design Center in Stuttgart presented them with the Silver Award of the Baden-Württemberg International Design Award. Even during their studies, both Markus Boge and Patrick Frey received numerous awards, honors and recognition.

Since 2003 they have participated in several exhibitions, such as »Eine neue deutsche Welle« (Zurich) and »inside design« (Amsterdam).
Both live and work in Hannover. 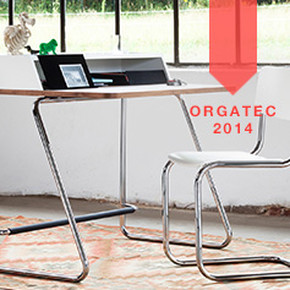 Working from home – a convenient alternative in today’s networked age. Working at the dinner table or cram heavy-duty desks is not necessary – considering the abundance of small, delicate, readily movable and well-designed alternatives. We present the best choices.
Advertisement