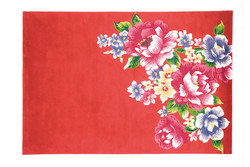 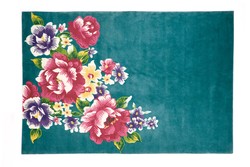 He graduated from the Fine Art Department of The Design Center in Pasadena, California. After returning in 1993 to Taiwan, he developed his work as an artist working with the artist collective IT Park. During the following nine years in Taiwan he devel

oped what will go on to define the core of his artistic concerns, a
reflection on Asian tradition, ornamentation and architecture, and the practice of art and life. Since 1999 he has been invited to exhibit his work internationally, for example, The

Fukuoka Asian Art Triennial ('99), The Venice Biennial ('01), and The
International 2002, Liverpool Biennial. He was a resident at the Cite International des Arts in Paris from 2002-03 and has since exhibited extensively in Europe, in
instituti

ons as Palais de Tokyo, the inaugural exhibition ('02), Kunstmuseum, Luzern ('03), and Kunsthalle Wien ('05). Along with his exhibitions he also has been invited to make public commissions worldwide. Michael Lin's public works can be seen at the 21st Cent

Geyterstraat, for the City of Gent, Belgium.