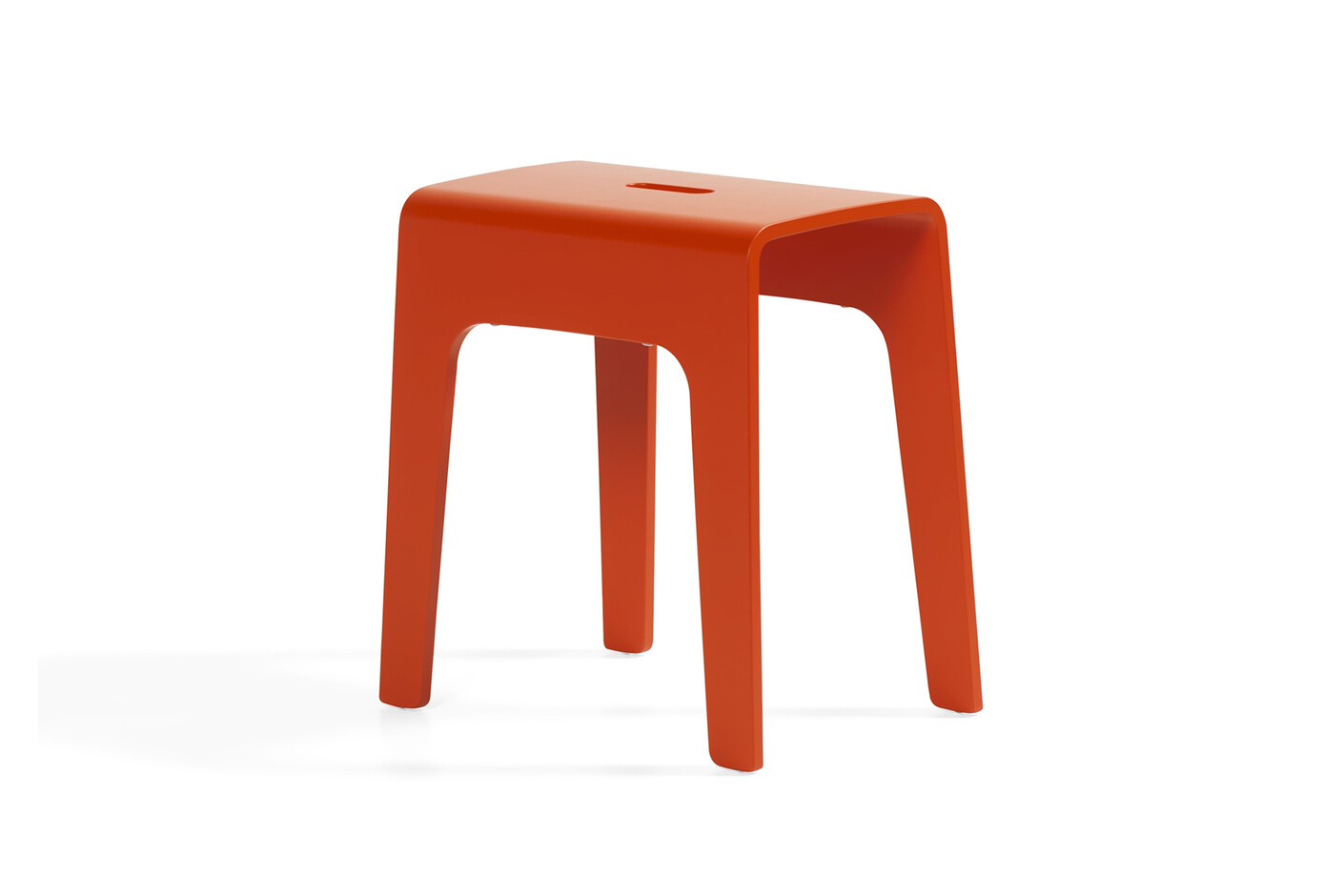 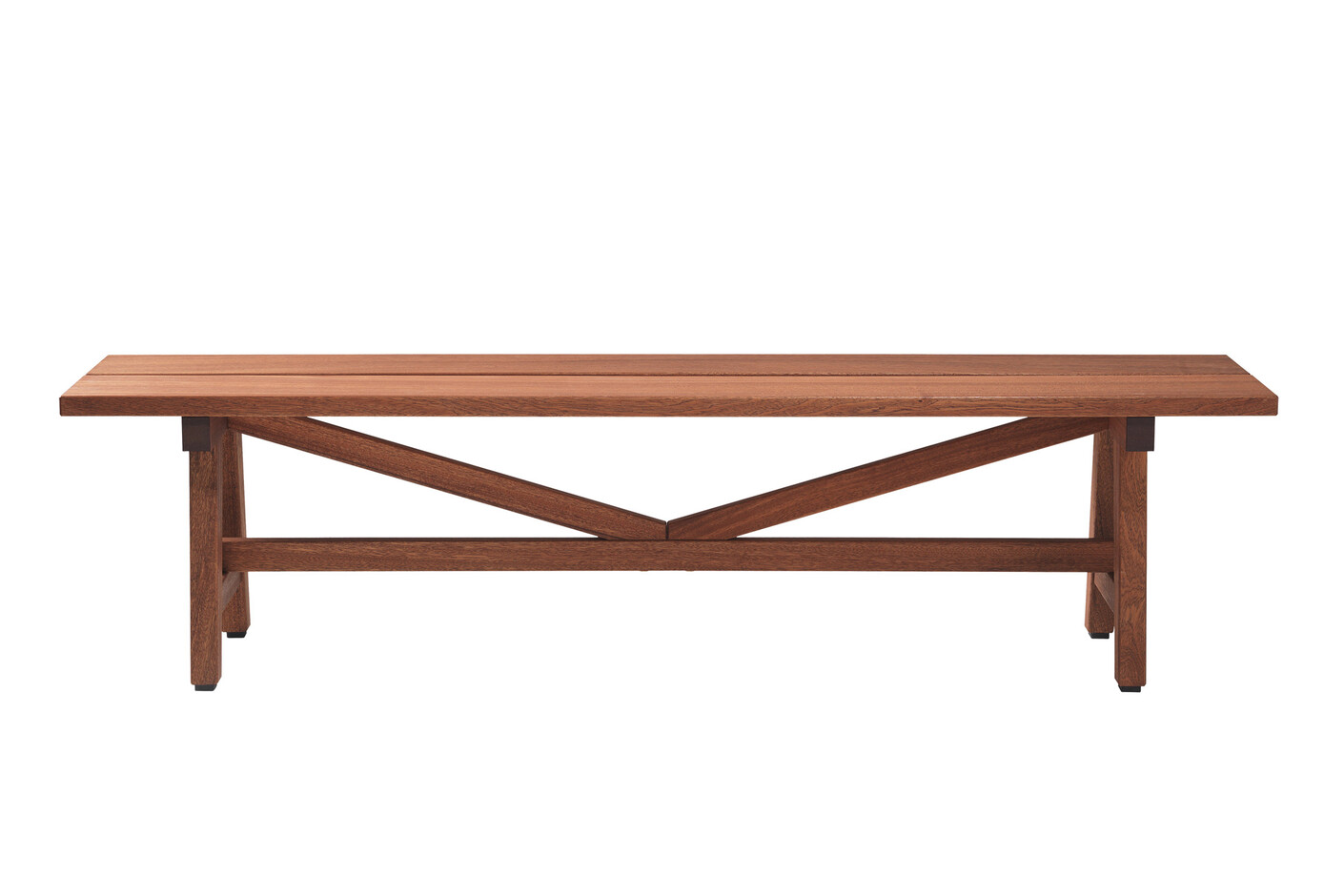 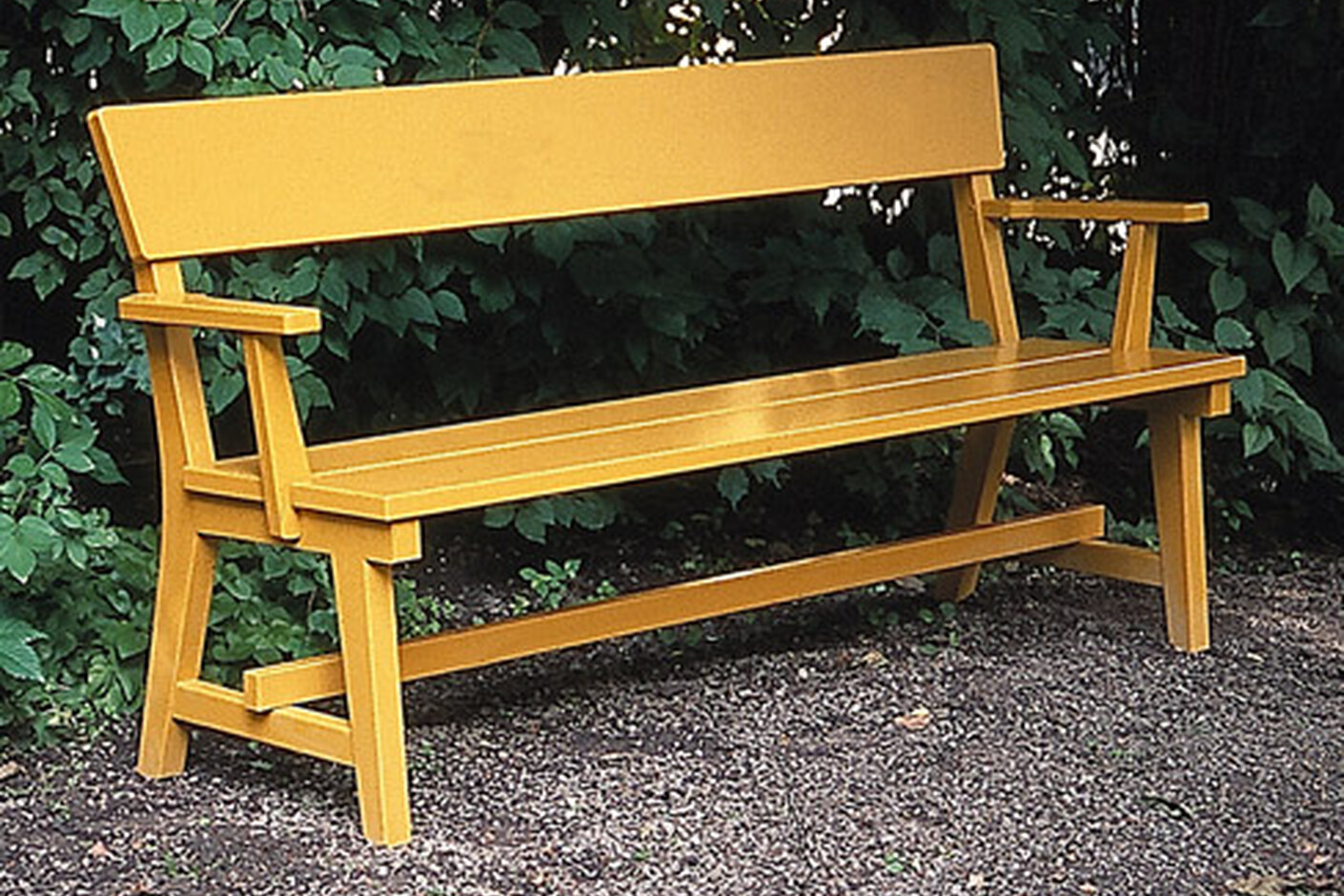 Peter Brandt trained at the Swedish School of Arts, Crafts and Design in Stockholm, and complemented these studies at the Royal Danish Academy of Fine Arts in Copenhagen, where he studied the art of restoration.
Although a resident of Stockholm, Peter is a Danish citizen, and has a soft spot for Danish designers, particularly Poul Kjaerholm.

Peter was the first external designer to design furniture for Blå Station.On the back of a letter sent to Börge Lindau, he had made a sketch in pastels of a compression-moulded, stackable stool.
Börge Lindau, together with his children-cum-partners Johan and Mimi, fell for the design at once.

“That’s right,” Peter confirms. “That’s how it all began. I sent a letter together with a drawing of the stools stacked one on top of the other – cardboard models that I’d photographed.
I then made a sketch from the photo to get the perspective right. But – just for the record –
I used crayons, not pastels, to colour in the result.” The sketch was of Bimbo – not one of those blonde, blue-eyed types who are better endowed with curves than intellect, but of Peter’s brilliantly simple and stackable stool Bimbo, which Börge and Blå Station put into production straightaway in 1994.

Today it has become a classic. The stool won the Forsnäs Prize and the Excellent Swedish Design award, and was nominated by Sweden’s Architects (SIR) for the Golden Chair award in 1994.
“Börge Lindau kept an eye on what I was doing even when I was at the Academy,” says Peter.
If it seems obvious, it’s often right. That certainly applies to Peter’s stool. Simple, straightforward – and just right! It is available in many different colours and turns into a sculpture when you stack several stools criss-cross.
It is a stool to rest your feet on, to put drinks on, to use as a bedside table, to put hand-towels on in the bathroom, or for the children to ride on.
It has a natural idiom, and it says a lot about Peter’s discrimination and his way of introducing the idea into the process in order to achieve a total result.

“The equation has to be solved. I want to create things that provide bonus effects but don’t cry out for attention,” he says by way of explaining his innovative design work.
Peter Brandt is like a scientist who devotes his research to the mystery of frivolity.
His desk drawers are crammed with new ideas, but he is so self-critical that he won’t even talk about them until he himself is 100% satisfied with them.

Peter Brandt spends a great deal of his working time at the Thomas Eriksson architects practice in Stockholm. He devotes the rest to his own business, concentrating on product design and furnishings.
But he has also designed a new bridge for the Stockholm island of Lilla Essingen, a 20-metre long bridge reminiscent of the sticks in the children’s game of “pick up sticks”.
You can see clearly how it is constructed.
“The integral lighting in the arch of the bridge illuminates the water at night. It’s not difficult to get ideas for new things; the difficult thing is to choose one and then refine it.

I find it hard to kill my darlings.”Peter Brandt is faithful to the prerequisites of his materials.
He is self-critical, never releasing any of his products before he himself is convinced that they are exactly as he wishes them to be. “I used to get bogged down in nuts and bolts, but today I’m more interested in the big picture.
My ultimate aim is a design where the construction is reflected in the form. I suppose it’s a way of repressing the more effusive, colourful side of my nature,” Peter muses. In addition to the awards for Bimbo stool, Peter Brandt has also received an honourable mention in the 2003 Golden Chair awards, an Excellent Swedish Design accolade in
1993,a nomination for the Golden Chair award in 1992, Excellent Swedish Design’s Design Prize in 1991, honourable mentions in Design Eye ´89 (Japan) and the Sitta Bra awards (1989), and second prize in The Swedish Chair Awards for 1988.Peter Brandt’s work is represented at the Swedish National Museum with the Bimbo stool.