Freezing, thawing and drifting - individually and collectively they created shapes and structural formations that captured Rikke Ladegaard's interest. These photographs became the start of her graduation project for the Danish Design School - a project in which textile decor is combined with acoustic regulation of sound in a cinema setting. The project was selected for in an exhibition of young Danish design talent, now touring Europe.
Rikke Ladegaard graduated from the Institute for Spatial & Furniture Design at Danmarks Designskole and was associated with the Textiles Institute in her final years there. As part of her course, she spent a year at the Royal College of Art in London.
She also received the Svend Granns Mindelegat bursary in connection with her graduation project and has since received several first prizes in various design competitions.
As a further challenge, Rikke Ladegaard has worked with church textiles and chasubles in recent years. The Sne upholstery is a further development of her graduation project from the Danish Design School. Ole Kortzau, who was co-examiner for her project, encouraged her to send it to Kvadrat. Just as in nature snow has a random texture, the construction of the pattern invaries in order to create a sense of life and transition.
Rikke Ladegaard comes from a family of architects and started designing at a very early age. After training at the Danish Design School, she worked in a design studio for a year while she finalised material for Kvadrat.
Rikke Ladegaard reworks concrete objects into new, fragmented impressions, always paying respect to the original idea. From this new starting point, she adds as little as possible, nevertheless adding depth to the impression. According to Rikke Ladegaard, it is always easy to add something. However, the real art lies in taking away - that is the big challenge. Rikke Ladegaard regards herself as more than just a textile designer. Her knowledge of architecture and space also stands her in good stead through a good understanding of spatial awareness. 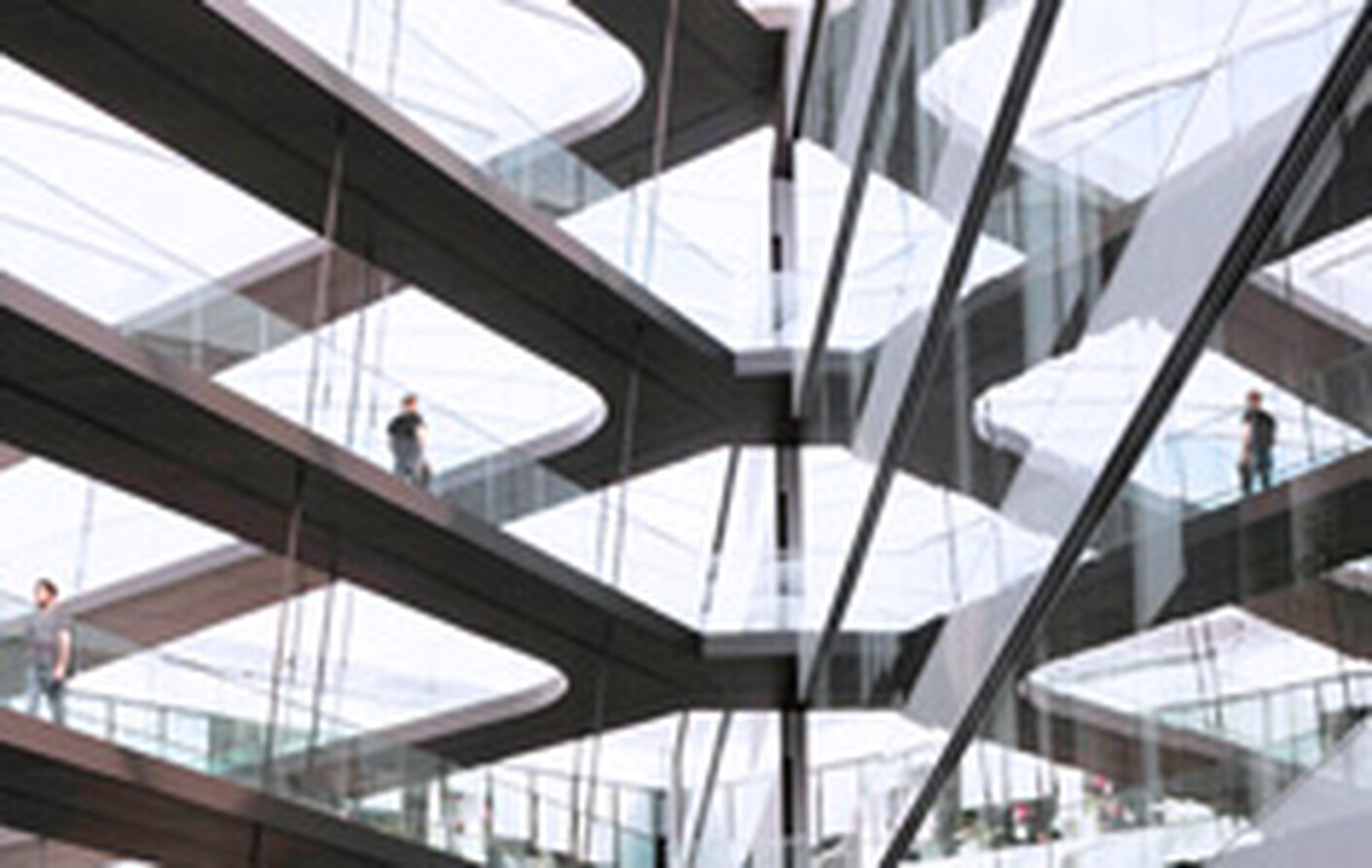 German sportswear giant Adidas has just created a new product development and marketing center for itself – in the form of the Laces design, research and strategy center that has just gone turnkey.