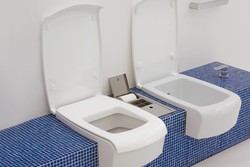 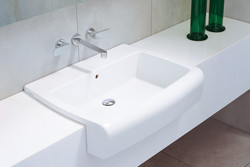 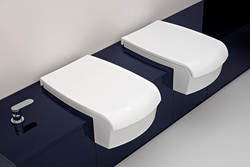 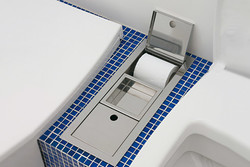 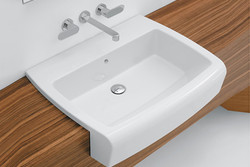 Romano Adolini, architect and designer, was born in Nepi (Viterbo) in 1956; he attended the University in Rome getting his degree in 1982. After having worked for a period as an apprentice, he opened a professional office in Rome. He realized a lot of projects above all in the district of Vterbo such as private houses, sport buildings, shopping centres and churches, showing his personal search about architectural solutions in accordance with the territory. Beside the repair and restoration of monumental buildings, he has also seen about the museum exhibitions and interior design. He has participated in variuous award ceremonies and competions; some works of his have been published in the major specialized magazines.He is not only an architect but a designer too, especially referring to the bathroom sector. At present he collaborates with some firms, such Kerasan, Flaminia, Boffi, Nic, Gal, Oliver International. He won a lot of prizes such as the design plus Award (Frankfurt 2003) and the Design Index Adi both in 2003-2004.