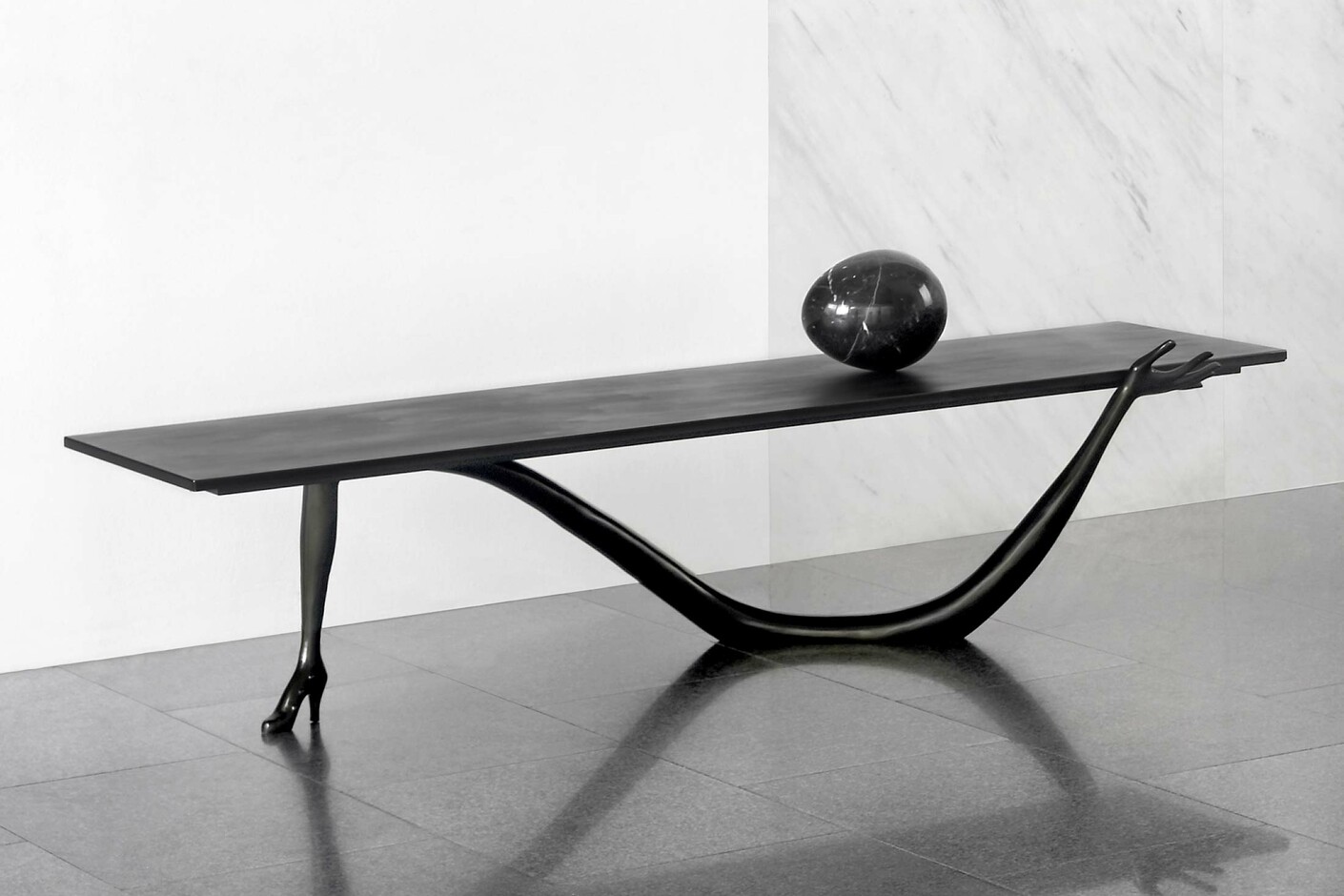 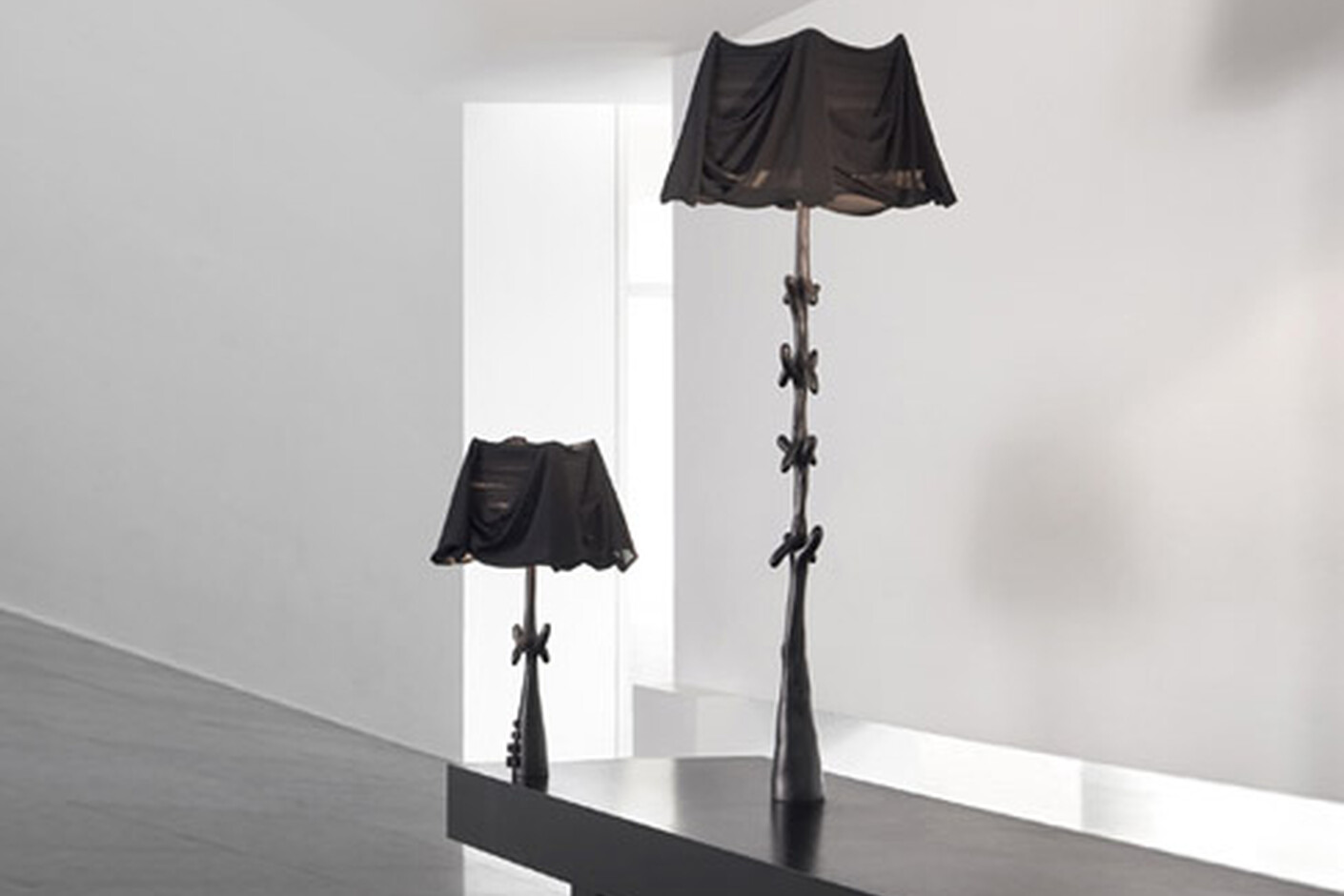 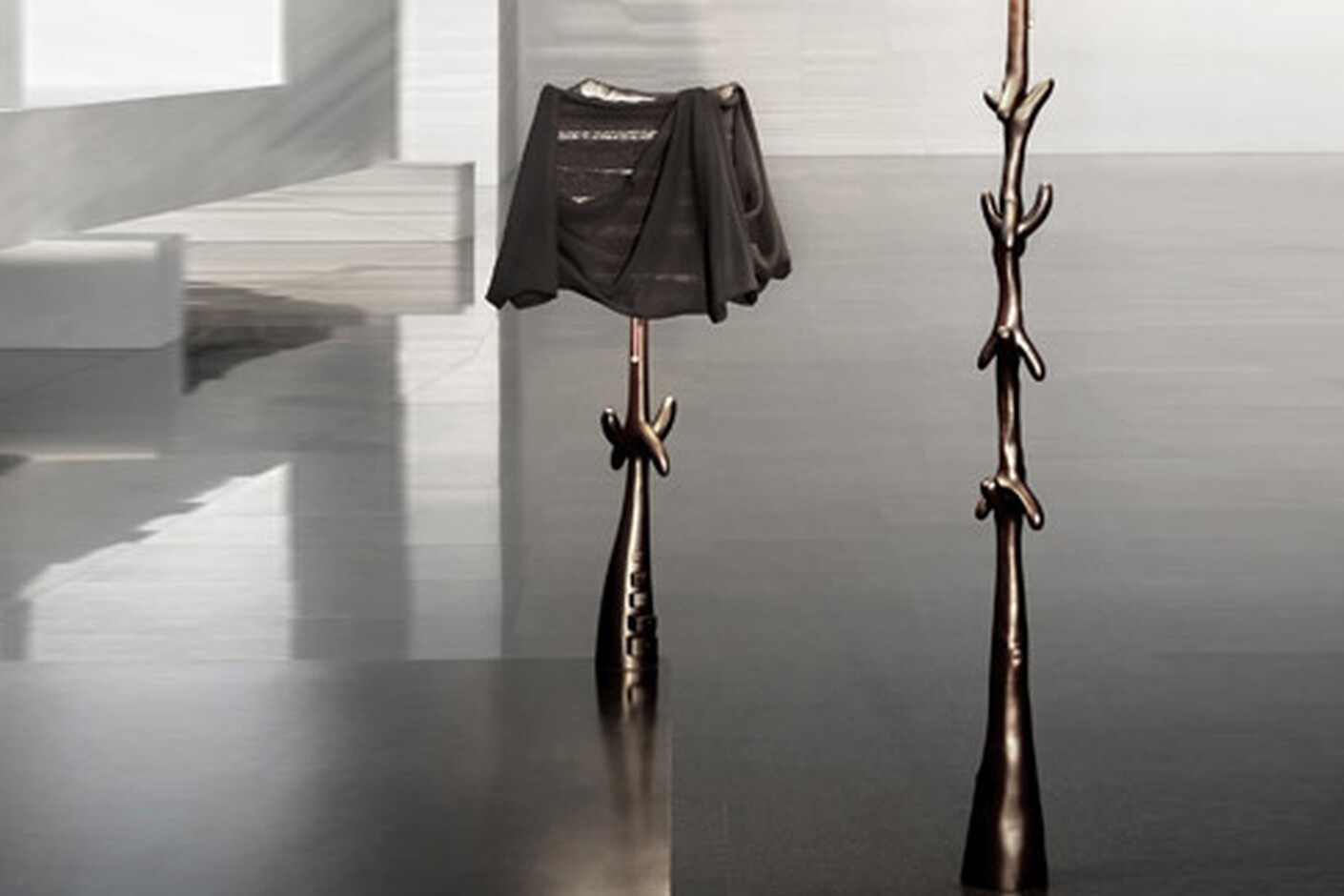 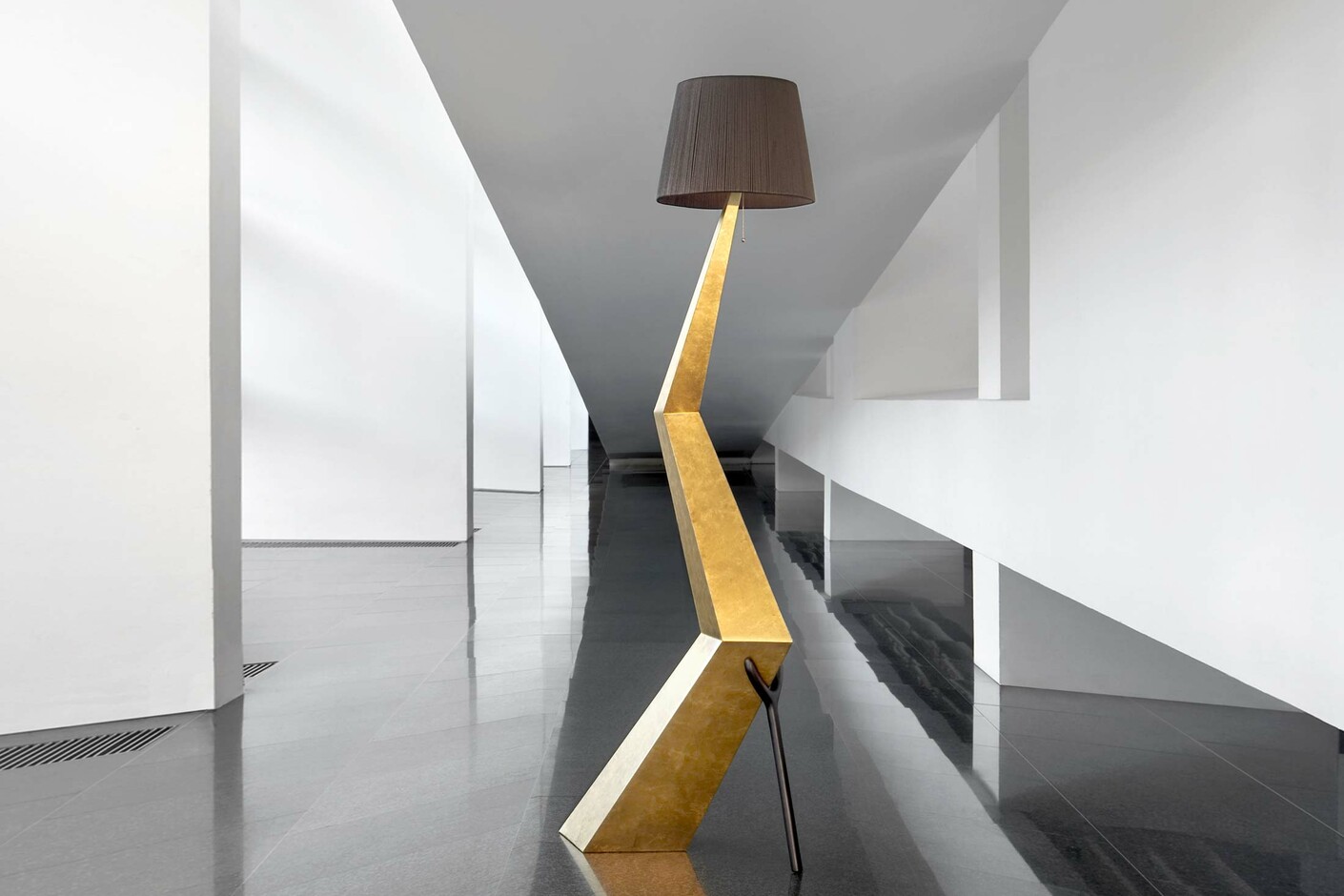 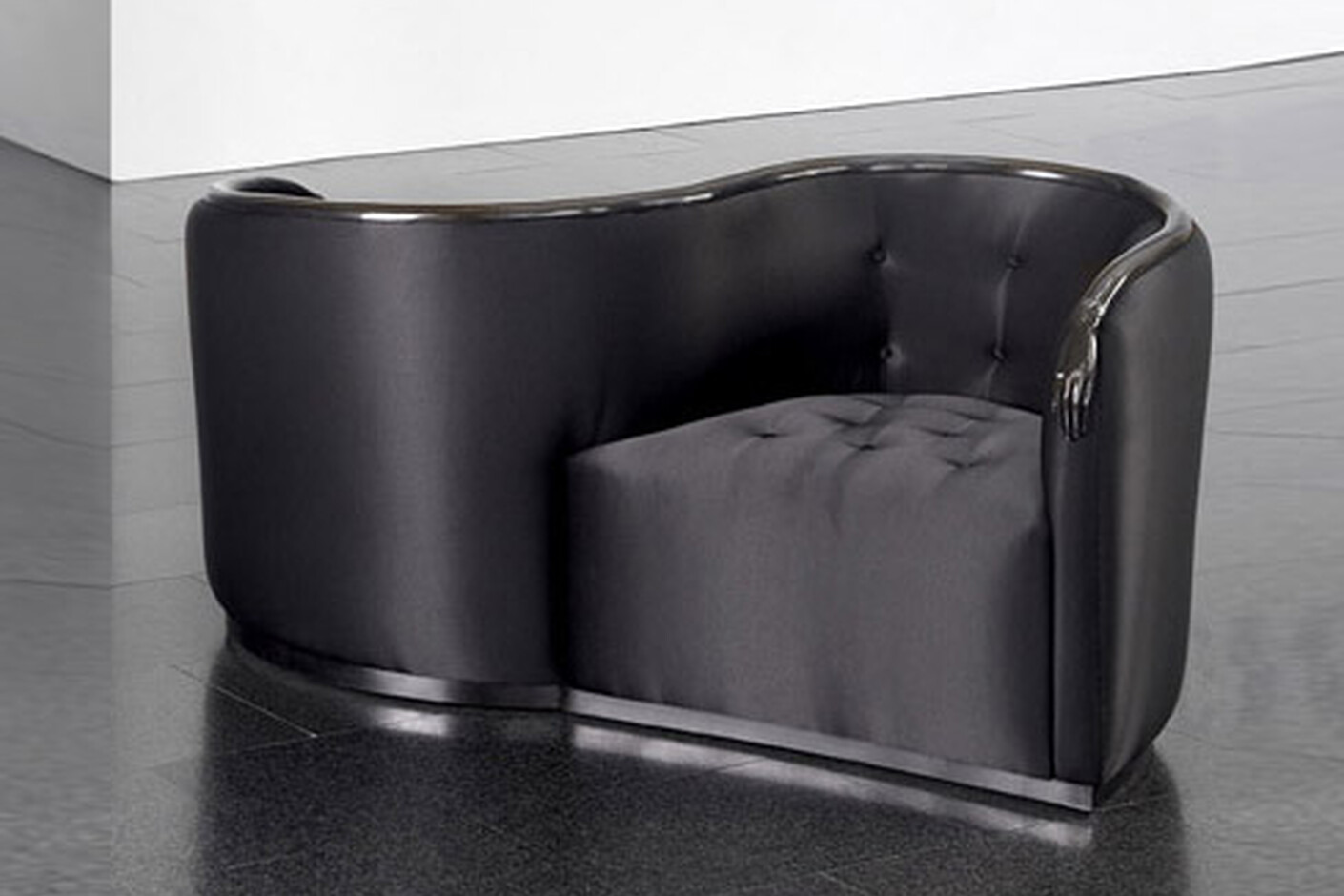 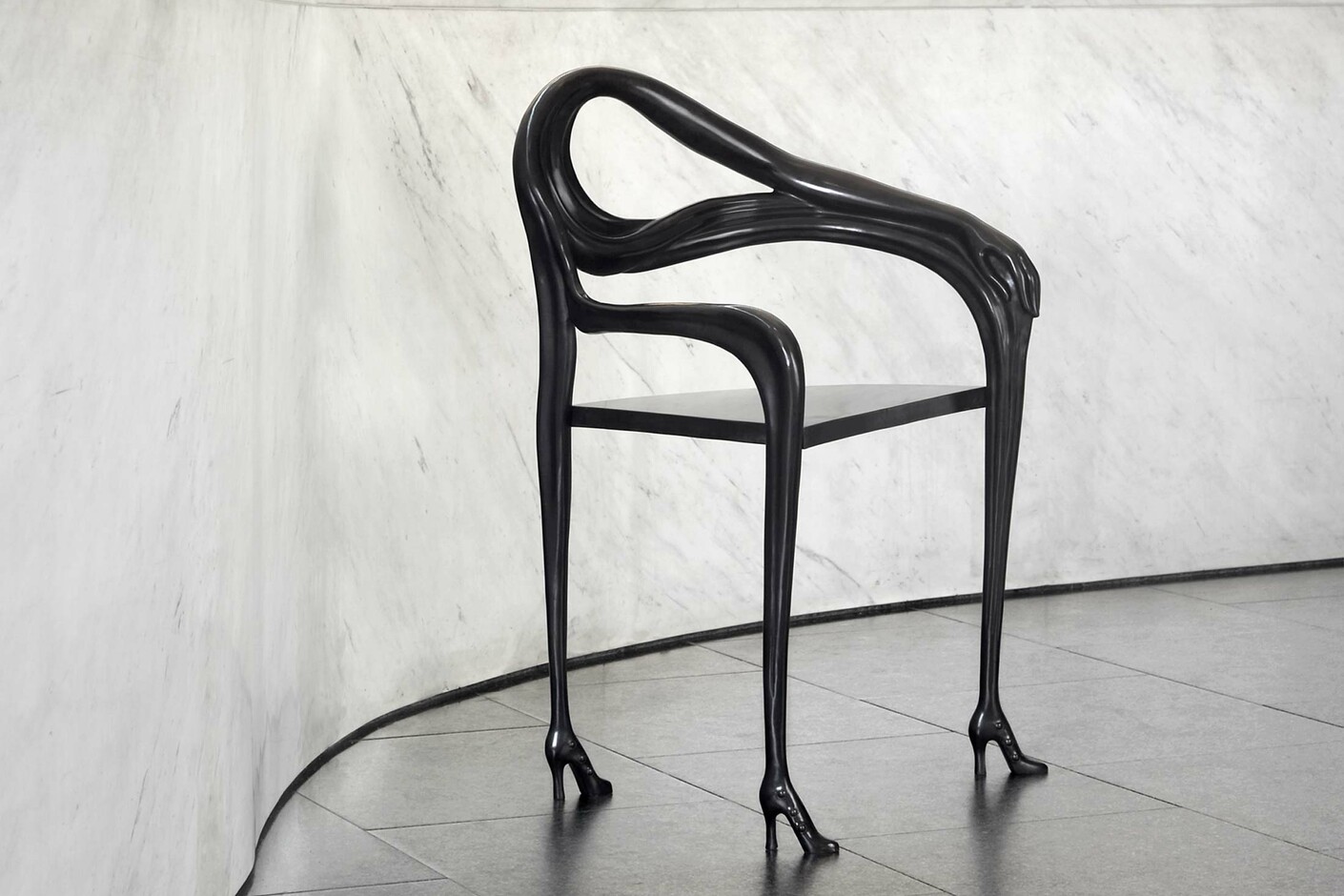 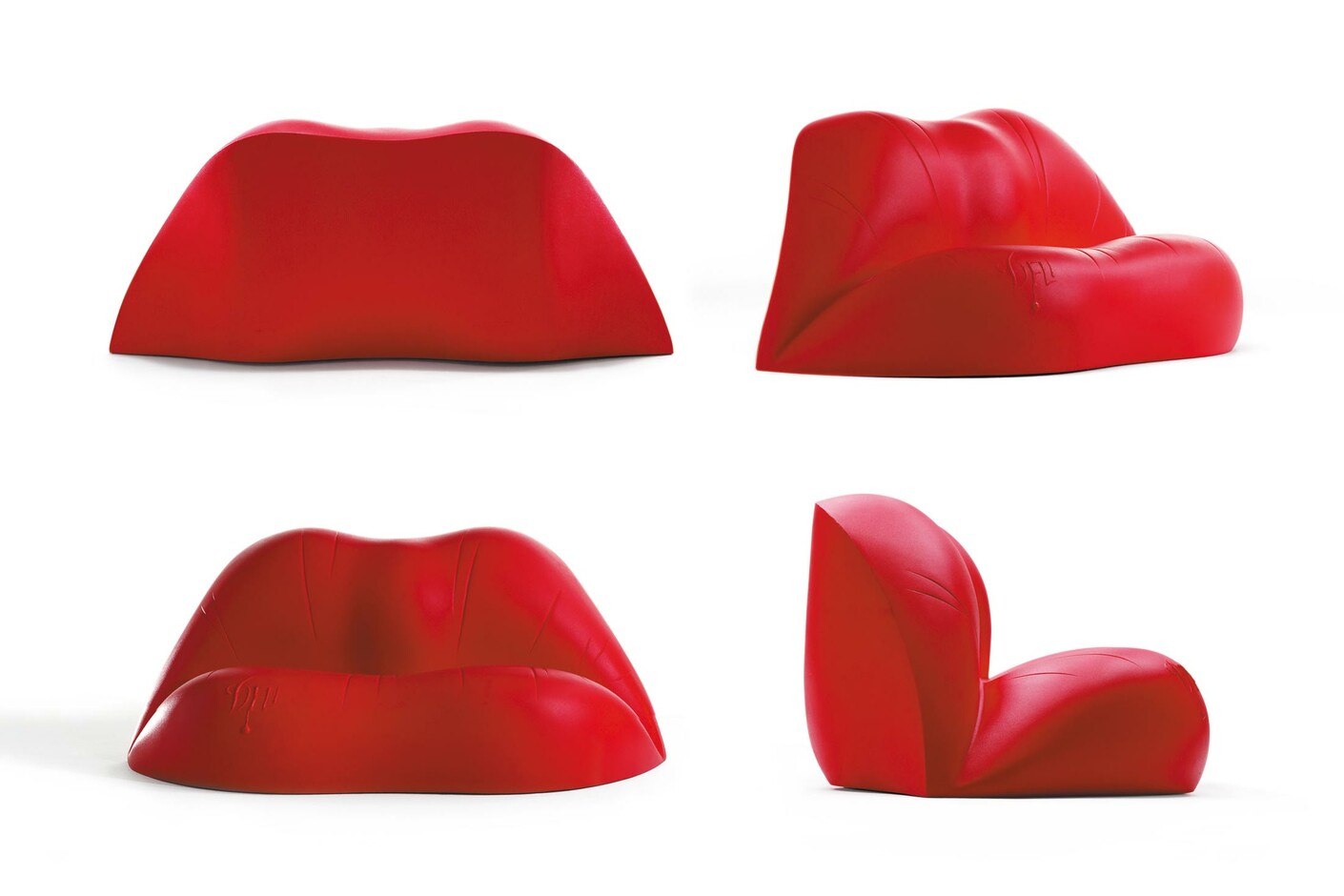 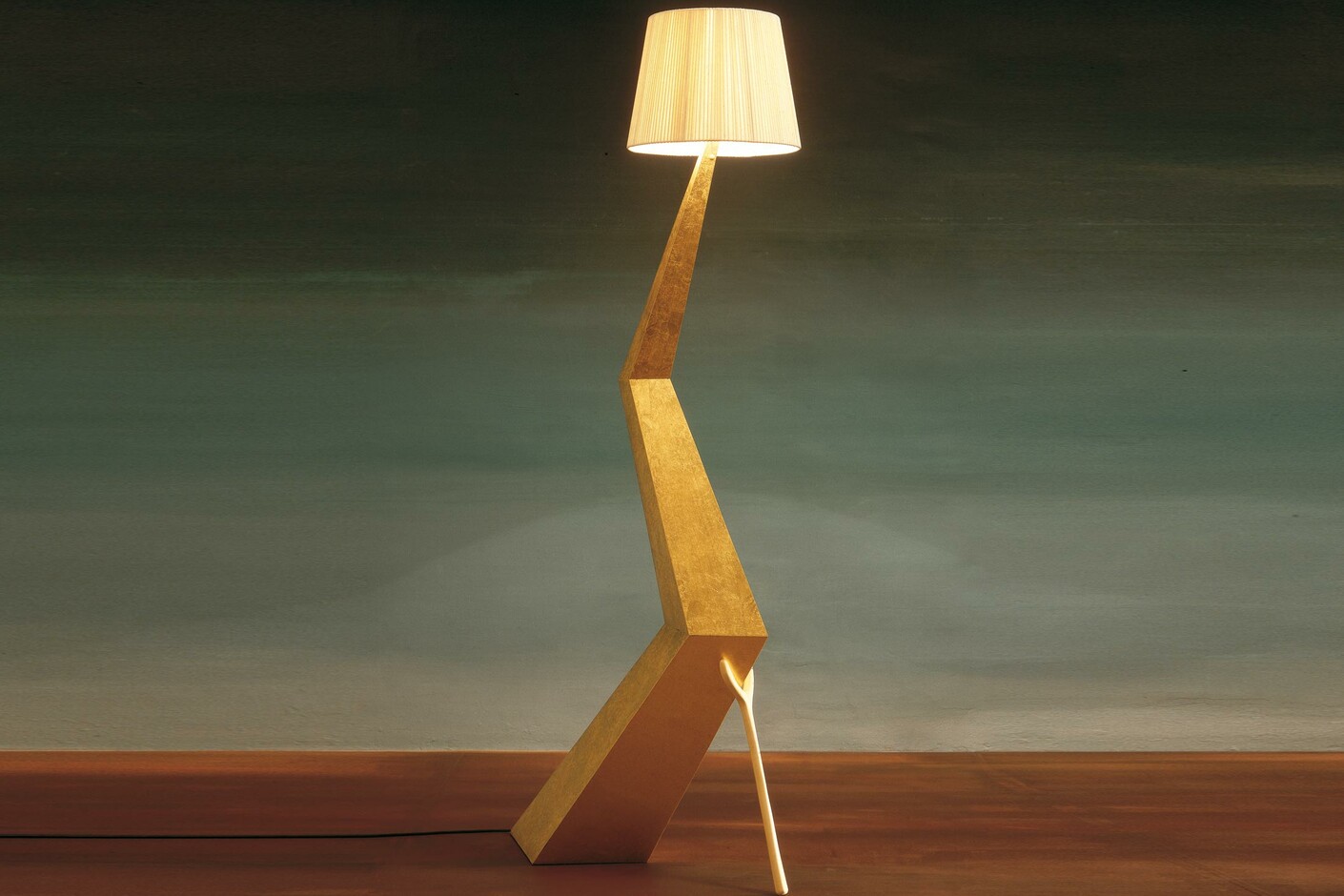 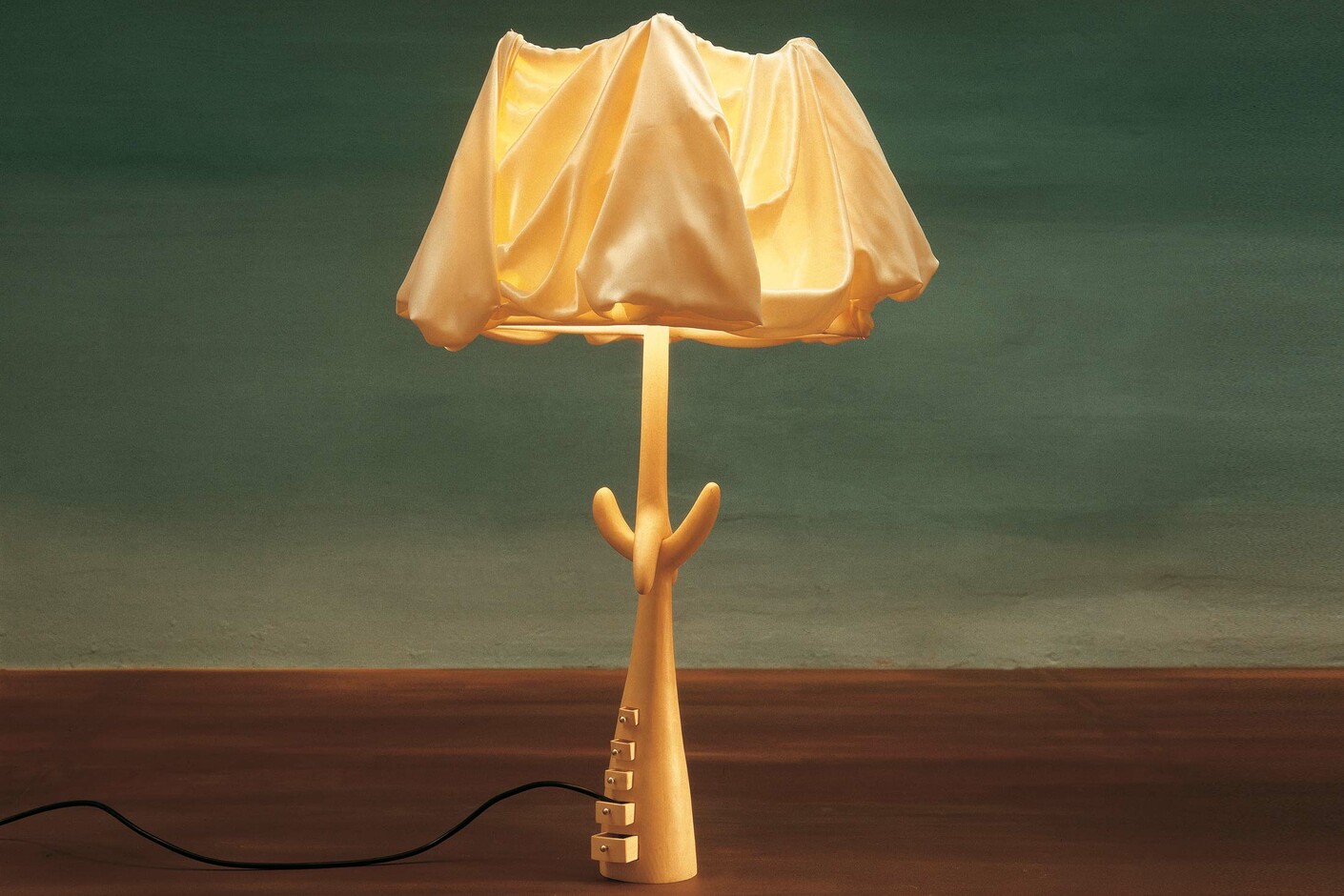 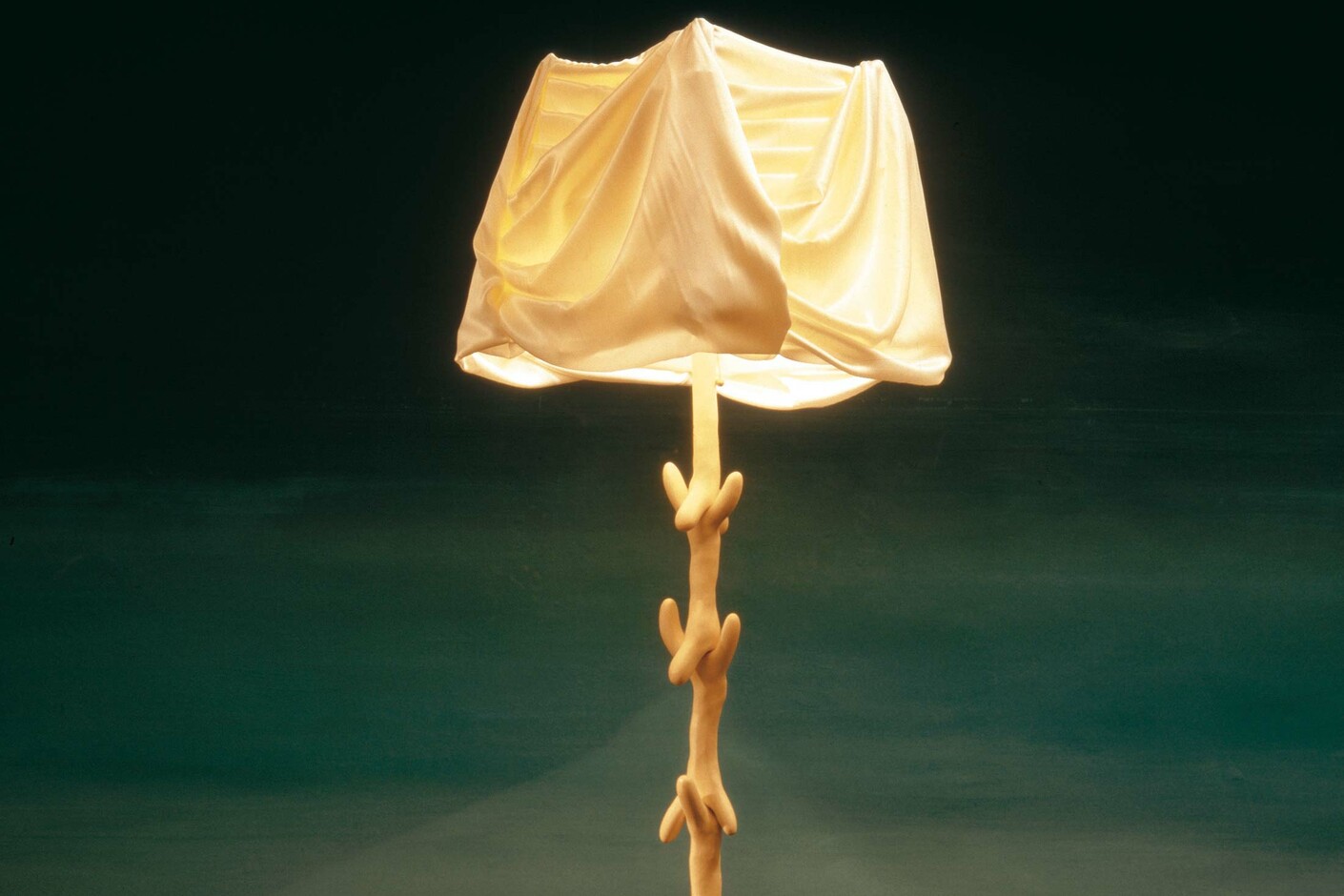 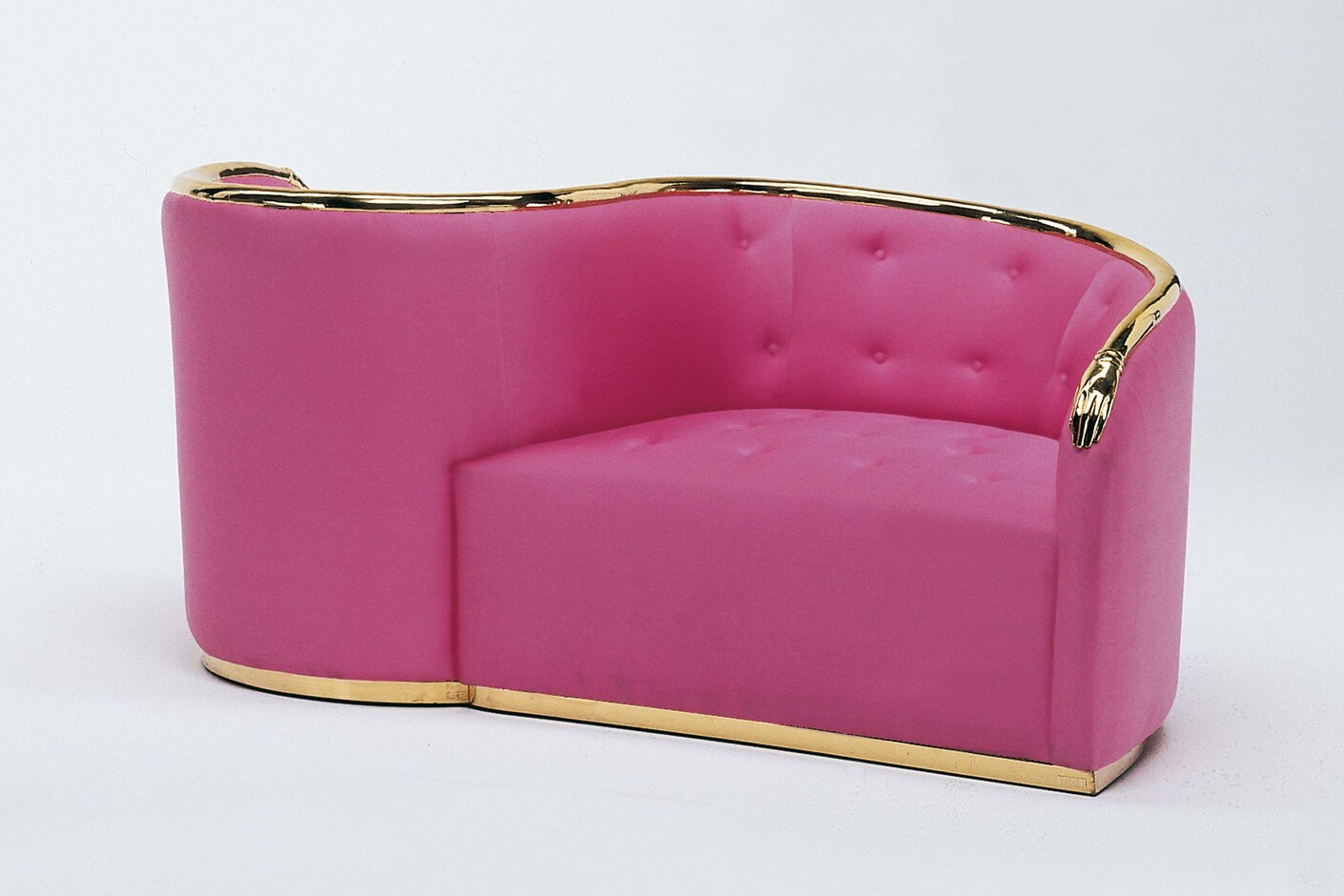 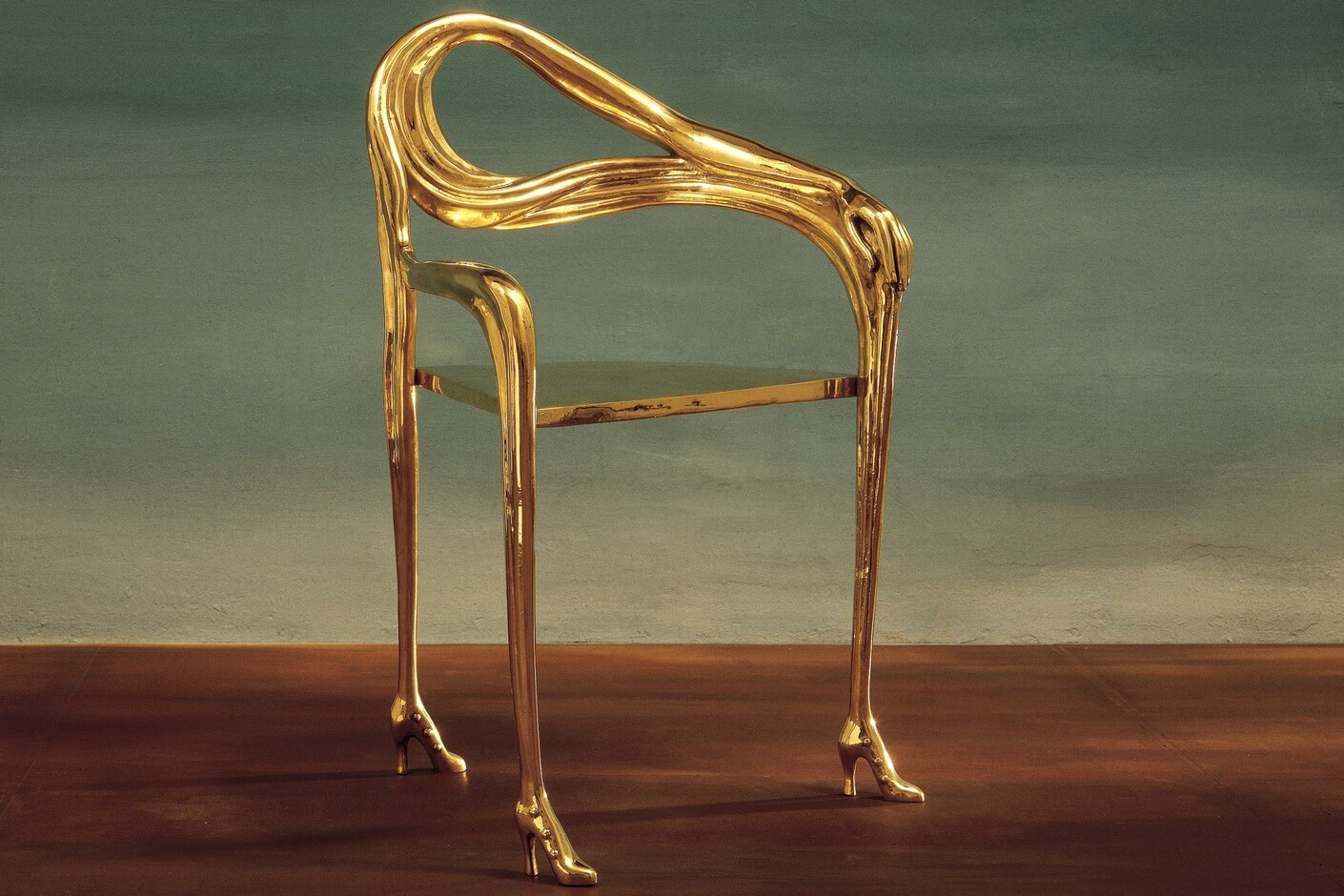 During the ‘thirties in Paris, salvador dalí surrounded himself with a circle of friends involved in the application of art to varied disciplines, above and beyond the study of pure pictorial art. jean-michel frank, a furniture maker and decorator of recognized prestige in the Paris of those years, was on very good terms with Dalí and together they worked on several ideas. The Bracelli lamp which we present here is a classic design after Jean-Michel’s manner of designing and working, adopted by Dalí for his house at PortLligat. Amongst Dalí’s specific furnishing projects, and constituting another for his curriculum vitae as a designer, may be countedthe garden furnishings for his Port Lligat house, the complete architecture of the Night Club (garotte-shaped) for the Hotel Presidentein Acapulco (1957) and another project for a bar in California in the ‘forties. As shown by the small selection now produced andincluded in this catalogue, Dalí’s work was not restrictes to the traditional furnishing elements, but included tap fittings, handles,door-pulls, printed fabrics and objets of indeterminate use. In the 1990s a group of experts, led by oscar tusquets, set themselves the task of turning the furniture Dalíhad drawn for Jean-Michel Frankinto reality. Amongst these items were the Leda chair and lowtable, taken from the painting “Femme à la tête rose” (1935). The prototypes were made by the sculptor joaquim campsand BdEdiciones de Diseño organised production and exclusive world marketing.