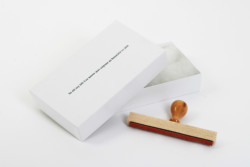 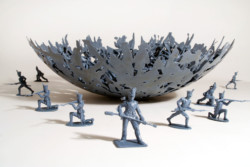 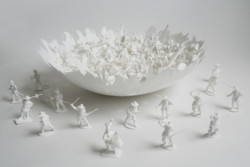 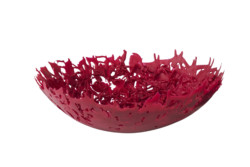 Steve spent much of his growing up cycling & racing around the UK with the hope of one day becoming
a professional cyclist. Much of Steve’s free time was spent in the workshop of his local bike shop or in his parents garage either fixing h

is bike or inventing and creating objects and machines.

After a bad accident in 1993 Steve’s cycling career was over but his passion for invention and creativity continued.
In 1995 Steve won an internationally acclaimed engine

Steve became increasingly frustrated feeling unable to express his individual creativity and in 1996 enrolled to do a degree in Product and Furniture design at De-montfort University in Leicester.
Afte

h high profile exhibitions at venues like the Victoria and Albert Museum in London & selling through shops such as Moss in New York and Collette in Paris.

Steve is currently working on his first solo collection after graduating from the Royal College on 2002 which is due to be launched in 2006.