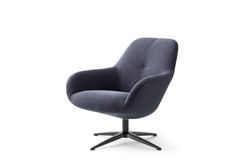 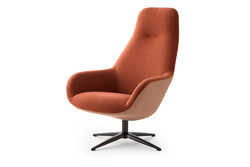 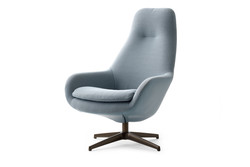 Thijs Smeets founded his Amsterdam based Studio Smeets in 2007 after working for several design studio's in The Netherlands and New York. Educated as a designer and an engineer, his designs cover a broad spectrum of products: from furniture to consumer electronics, from in-flight tableware to sauna's.

As a student he won his first design award for eyeglasses MaxMara runs in the collection up to this date. His biodegradable tableware for Hampi Products was awarded with the Toon van Tuijl Design Award at the Dutch Design Award Show in 2010. He received international acclaim and got hundreds of publications for his ingenious reading light LiliLite. The collection of furniture he designed for Gispen Today was launched at the Salone del Mobile in Milan and got a recognition for Good Industrial Design during the Dutch Design Week in 2012. It has been included in the collection of the Stedelijk Museum of modern art in Amsterdam.

Designs by Thijs Smeets have been exhibited all over the world, from Seoul to Hamburg, from Amsterdam to New York. He works for multinationals like Rabobank, Unilever, Sara Lee, Nokia and for smaller, design minded companies. Millions of his products have been sold.