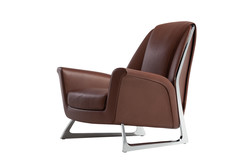 De'Silva began his career in 1972 at the Fiat Design Centre in Turin. In 1975 he moved to the R. Bonetto studio in Milan, where he was principally responsible for design projects in the interior equipment area.

From 1979 to 1986, de'Silva was Head of the Industrial Design and Automobiles area at the Instituto Idea in Turin. The focus of his activities there was on supervising projects for various companies in the automotive industry.

After working for "Trussardi Design Milano" for a short period, de'Silva switched to Alfa Romeo in 1986, taking charge of the Alfa Romeo Design Centre in Milan. In 1994 he took the helm at the Alfa Romeo and Fiat Automotive Design Centre, where he was responsible for the development of new models.

He was appointed Head of the SEAT S.A. Design Centre in January 1999. In this capacity he was responsible for such cars as the Salsa and Tango concept studies, the new SEAT León, the Altea and the Toledo.

De'Silva has been responsible for design within the Audi brand group, comprising the brands Audi, Lamborghini and SEAT, since March 2002.

Since then, de'Silva has taken receipt of numerous design awards. These include the 2004 award for "The most beautiful car in the world", presented in Milan, for the design of the Audi A6 and the Lamborghini Murciélago Roadster. Other awards from 2004 include the "Autonis Prize" awarded to the Audi A8 and the Audi A4 by the German periodical "Auto/Straßenverkehr" for the best design in their class. In 2005 the Audi A6 received the prestigious red dot design award from the North Rhine-Westphalia Design Centre.