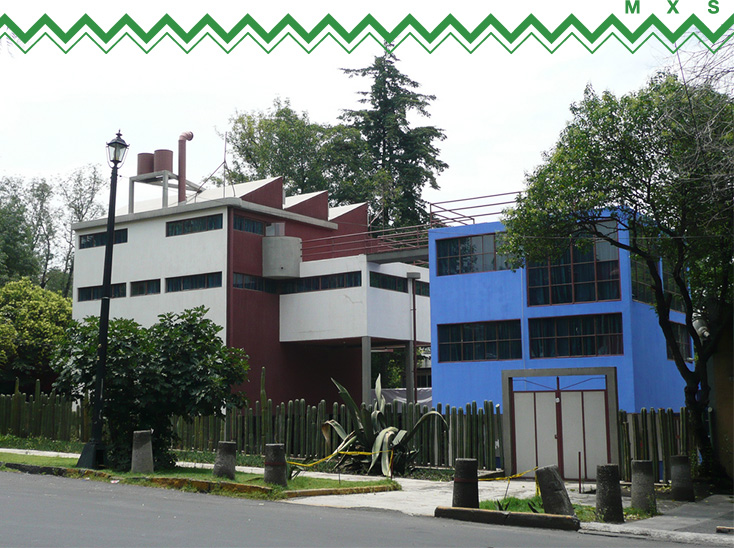 My small green cactus stands outside at the fence: In 1931, the House and Studio of Diego Rivera and Frida Kahlo was built in Mexico City.

House and studio by Diego Rivera and Frida Kahlo

The house with the studio used by artist duo Frida Kahlo and Diego Rivera dates to 1931 and was designed by Mexican architect and painter Juan O’Gorman. The colors are meant to identify the different uses of the two cubes with the large windows. The red-and-white building housed Diego Rivera’s studio, while Frida Kahlo’s rooms were in the blue building. A small bridge connects the two houses. Here, typical features of Mexican architecture, such as strong colors and textures, are married to Modernist functionalism.

Mexico’s first large housing estate was commissioned in 1948 and consists of nine buildings, each with 13 stories, and six buildings each with three stories. Seven of the 13-storey buildings are linked in a zigzag to form a large structure that runs diagonally from the southwest of the site to the northeastern corner. Only 20 percent of the total footprint is used for buildings. This leaves a great deal of space for communal areas, parks and playgrounds. The ground floors house all manner of services for the inhabitants. Moreover, the ground floor areas function as the pedestrian link between the various buildings on the estate, which is otherwise free of cars. There are only pedestrian walkways, and the cars are parked outside the estate. 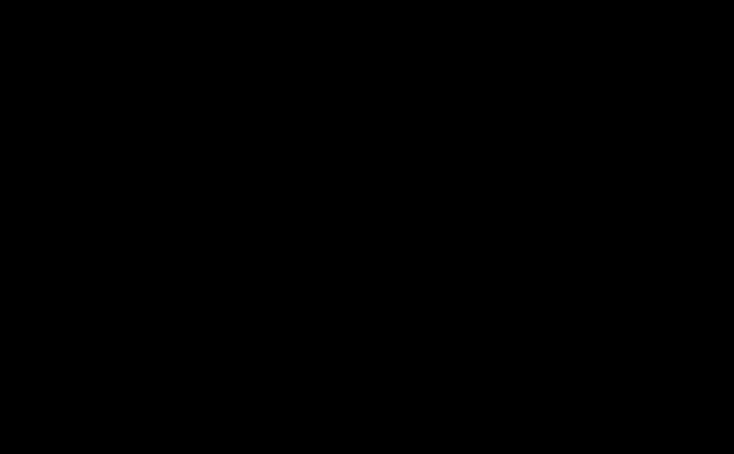 In Luis Barragán house, which he designed in 1948 for himself, are still living his employees.

1948 was also the year when “Casa Luis Barragán” was built, the private home of the Pritzker Prize winner. Barragán lived and worked here until his death in 1988. Casa Barragán combined modern and traditional features: Modest on the outside, the inside of the three-storey residence revels in the characteristic features of the Mexican architect’s oeuvre: opulent colors, monolithic staircases, a contemplative small garden. Since 2004 Casa Barragán has been included on the UNESCO World Cultural Heritage list.

The “Universidad Nacional Autónoma de México“ (UNAM)was founded as long ago as 1553 and is thus one of the oldest universities in the Americas. The “University City” (Ciudad Universitaria) of UNAM was the first masterplan for a university campus in Mexico. The buildings designed by Mario Pani and Enrique del Moral were ready for use in 1954. The campus buildings combine Modernist architectural features such as steel, glass, and fair-faced concrete with references to traditional Mexican architecture. In 2007, UNESCO designated the buildings “one of the most significant icons in architecture and modern urbanism in Latin America” and as an “an outstanding example of the application of the principles of 20th Century modernism” included it under the World Cultural Heritage. 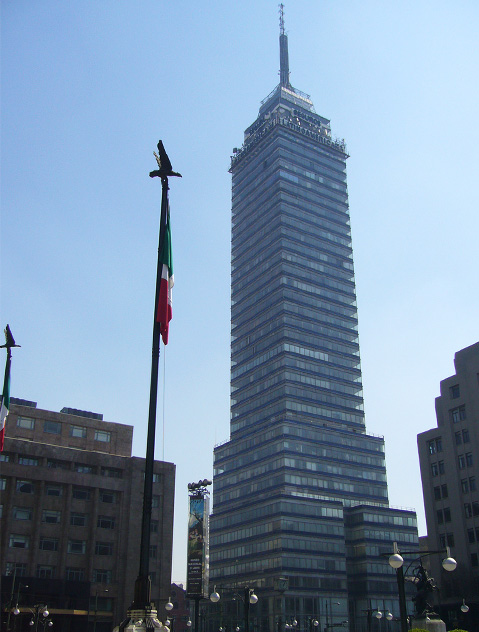 The “Latin American Tower” was built in 1956 – during a period of economic buoyancy in Mexico. Architect Augusto H. Álvarez designed the 44-storey high-rise for the “La Latinoamericana” insurance corporation. It is subdivided vertically into three sections, each with different storey sizes, and with this staggered effect is slightly reminiscent of the Empire State Building. Until 1972 Torre Latinoamericana was the highest building in Mexico City, with its tip 182 meters up. The upper floors are open to visitors and offer an impressive view out over the Mexican megacity.

Even today the Mexicans associate the "Latin American Tower" from 1956 with the economic progress of the country. 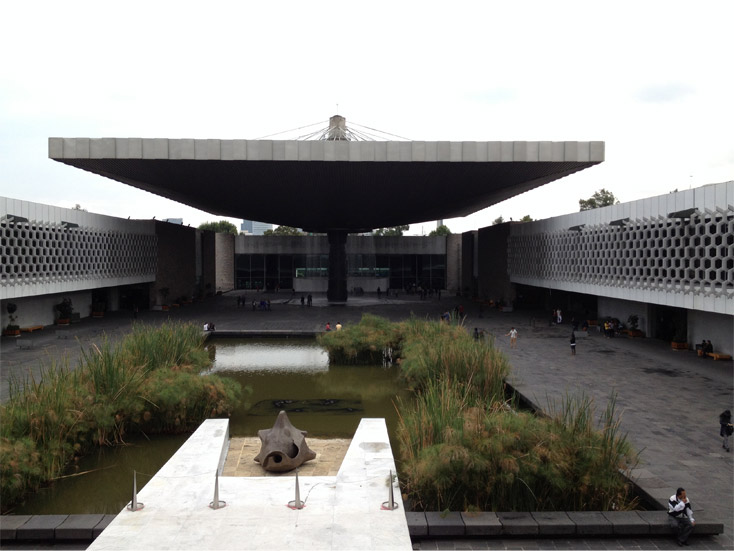 Only from this perspective, the steel cables, which transfer the weight of the roof on the pillar, are visible.

The National Museum of Anthropology was designed by architects Ramírez Vázquez, Rafael Mijares Alcérreca and Jorge Campuzano and opened its doors in 1964. The main eye-catcher is the roof, which is spanned across the inside courtyard without actually resting on the museum buildings: It is fondly known locally as “El Paraguas”, the umbrella. The name stems from the impression that the roof’s load is seemingly borne by a single concrete pillar, whereas in fact the roof is held by an 84-meter-long section above it. 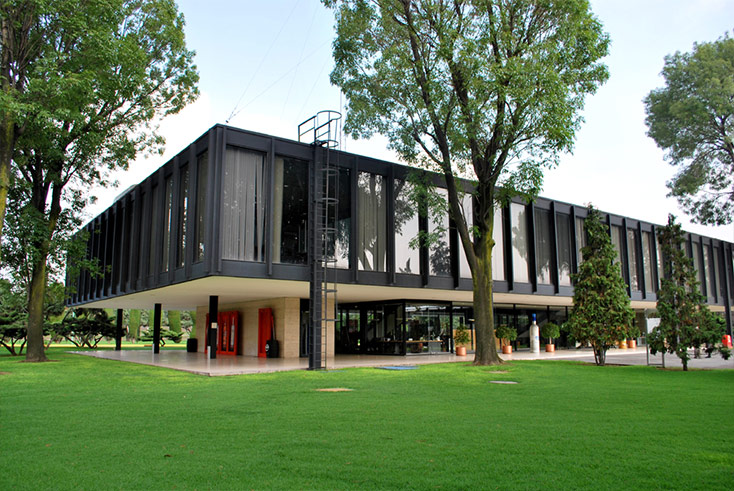 Crown Hall for Bacardi: Bacardi-owner José M. Bosch was so impressed by Mies van der Rohe's Crown Hall for the IIT in Chicago, that he commissioned the German-American architect to design the administration building for Bacardi Mexico.

Liquor makers “Bacardi & Co.” commissioned German-American architectural titan Ludwig Mies van der Rohe to design its administrative facility in Mexico City. The flat rectangular building was completed in 1961, is 52 meters long and 21 meters wide. The building is a blend of glass, steel and travertine, runs eight meters tall and has two storeys – the entrance hall extends from ground to roof. For the edifice, Mies van der Rohe once again chose a free groundplan structured solely by the grid for the supporting columns. As with the Seagram Building, precise detailing gives the frontage a fine appearance. In 2011 UNESCO included the building on its World Cultural Heritage list.

For anyone who just loves those concrete shell buildings of the 1950s and 1960s a visit to the “Los Manantiales” restaurant in Xochimilco is a must. The building is the brainchild of Spanish-Mexican-American architect Félix Candela Outeriño. The hyperbolic load-bearing concrete shell was erected in 1957 and covers the octagonal footprint of the “Los Manantiales” restaurant below – its span is 30 meters, and yet the concrete is only four centimeters thick.

The "Palacio de los Deportes" was built for the Olympic Games in 1968. Today, the hall is especially used for concerts.

The “Palacio de los Deportes” was erected for the 1968 Olympic Games. The curved shape of the roof is typical of the work of Felix Candelas. No concrete was used for the roof in order to create a support-free covered section in the hall for the competitions; instead, a lightweight structure consisting of bent steel-and-aluminum tubing and copper panels was developed. Today, the arena, which can seat 26,000, is mainly used for concerts. 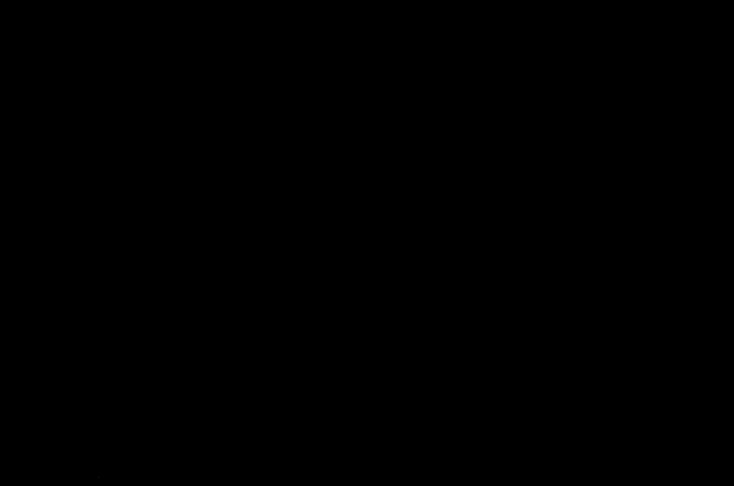 Luis Barragán designed the “Casa Gilardi” residence in the Tacubaya district in 1976, when he was already 74. The building stands on a narrow plot of a mere 10 x 36 meters and offers a condensed take on Barragán’s key architectural principles. The cube has a sealed frontage on the side facing the road for privacy, while on the inside there are an array of different spatial experiences to be had, and inside and outside interest, light and color dancing gracefully.