Vienna has just witnessed the revamp of an entire campus with 100,000 square meters of floor space. 30 years old, the buildings of Vienna’s University of Economics and Business were not only suffering from extensive structural damage, but moreover grappling with rising student numbers, which exceeded original capacities by far. In 2008, an international competition was held for the new campus that saw Zaha Hadid bag the contract for the “Library and Learning Center”. Now the building – undoubtedly the most spectacular structure on campus – has been commissioned. Its signature element is the façade, which tilts forwards at a 35-degree angle. The undulating dynamic shapes, the slanted surfaces and the library section, which protrudes noticeably out over the substructure, spelt a tough task for the engineers as regards the load-bearing structure, the design and the building materials.

Fiber concrete composite from Rieder was the material of choice for the façade, which features bright colors for the non-public section, while the southern part, which protrudes 16 meters out over the podium, boasts a near-black tone. Some of the FibreC panels from Rieder, which are just 13 millimeters thick, had to be mounted by crane or fitted in place using suspended scaffolding. The lightness of the material proved very useful when installing the panels on the concealed brackets. Some of the FibreC panels used were large standard formats. The panels’ sheer size in combination with narrow grouting lines lend the façade a closed and continuous aesthetic.

Not surprisingly, a building of this caliber also required a large number of special formats to be fitted.
In particular, these were required for the transitions from horizontal to slanted surfaces and the dynamic, blade-like bands that accentuate the parapets in the white building section, which following consultation with the architects were produced as FibreC Fins. The result was the manufacture of countless FibreC 3D elements with radii of up to 15 or 20 meters. Any shapes that strayed from the right angle required a great deal of fine-tuning of the details by the architects, engineers and the specialists at Rieder. Thanks to these dynamic shapes, which emulate the lines along which people move around the campus, the building is a real eye-catcher, and not only on the Vienna campus. 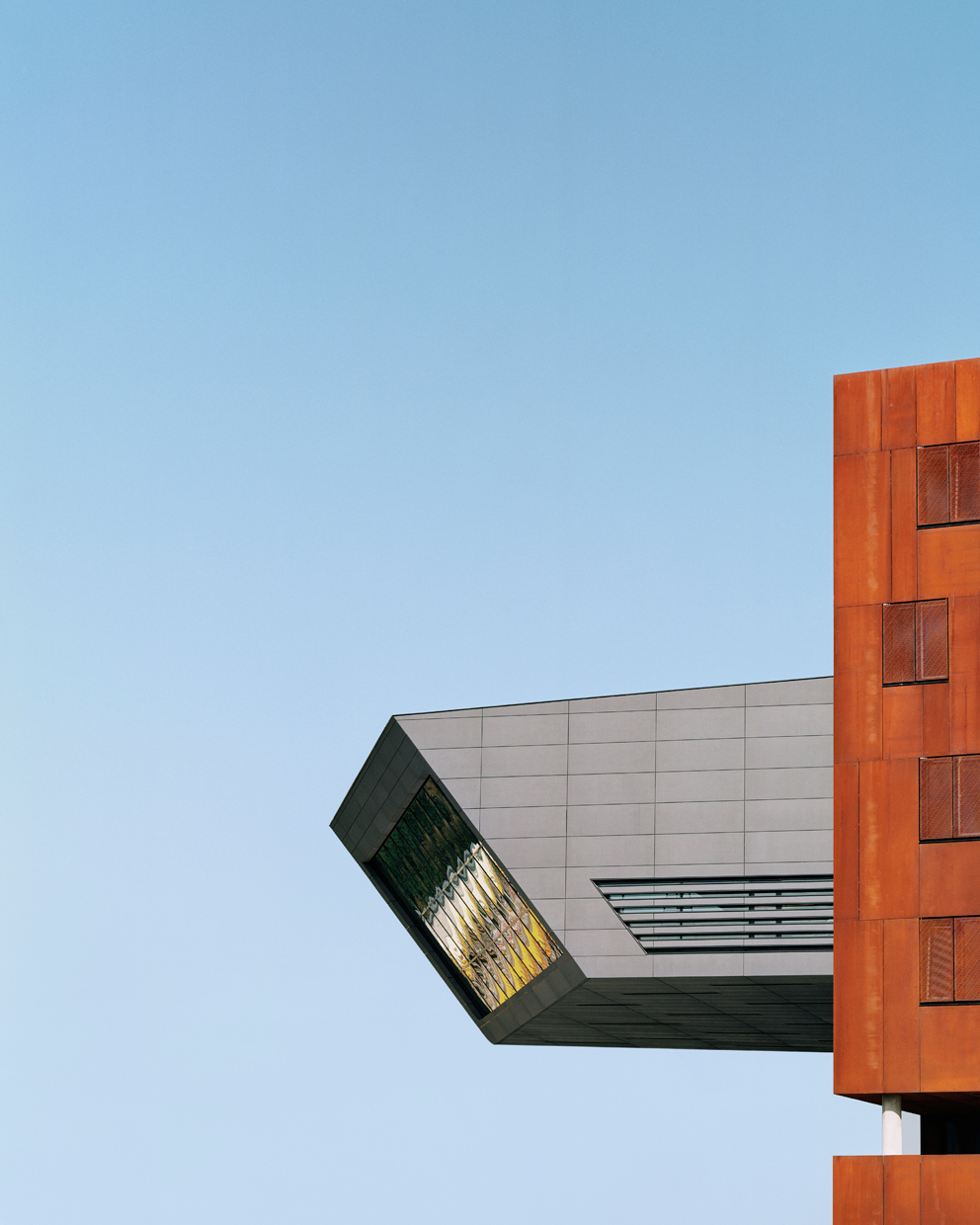 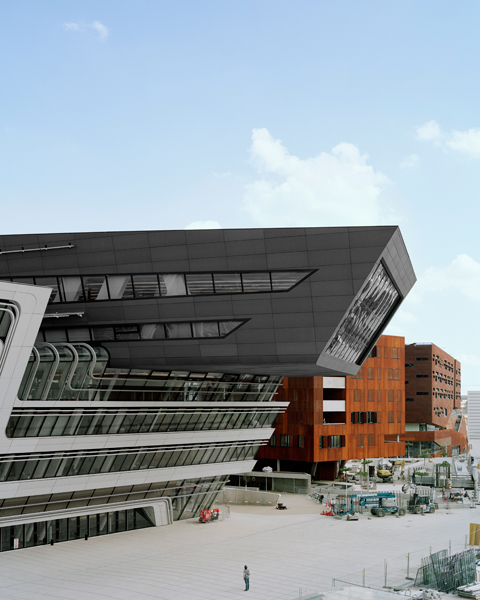 The entire building façade tilts forward at a 35-degree angle; the dark section housing the library and learning facilities juts out over the podium by 16 meters. Photo: © Rieder | Rasmus Norlander 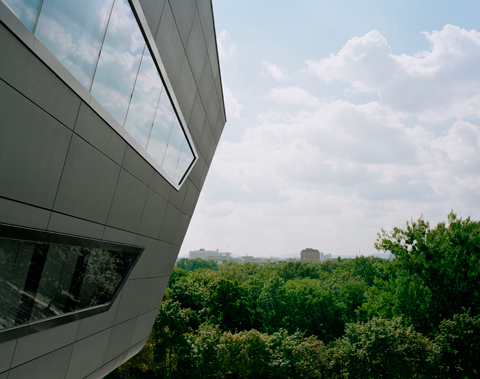 The façade is adorned with panels made of fiber concrete composite (FibreC from Rieder). Photo: © Rieder | Rasmus Norlander 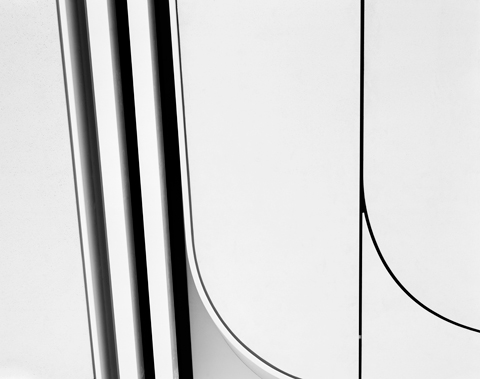 A cut above the ordinary: Many special formats were used alongside the large FibreC panels. Photo: © Rieder | Rasmus Norlander 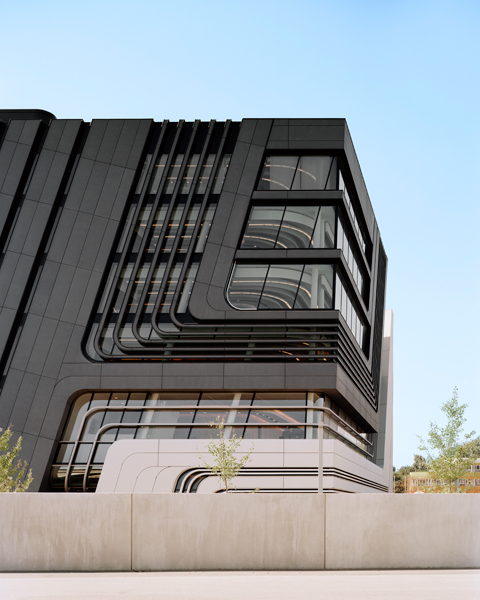 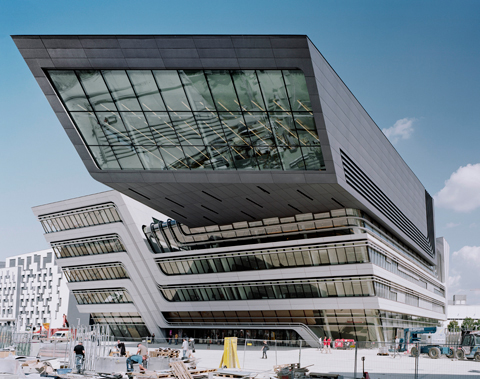 This is probably the most spectacular view of Zaha Hadid’s “Learning and Library Center”. Photo: © Rieder | Rasmus Norlander 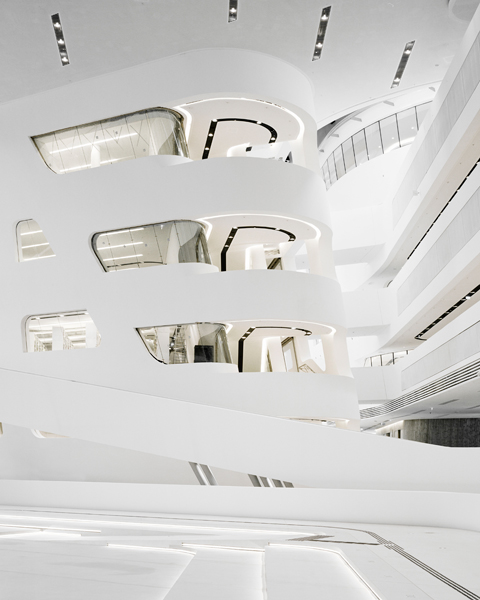 The atrium in the Learning Center doubles up as a spacious auditorium that extends across several floors. Photo: © Rieder | Rasmus Norlander 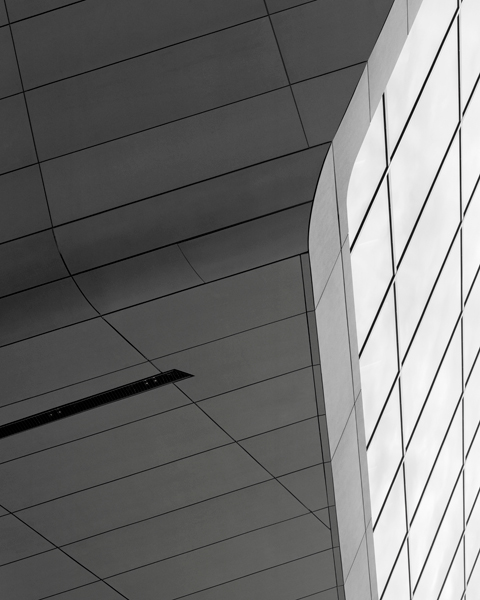 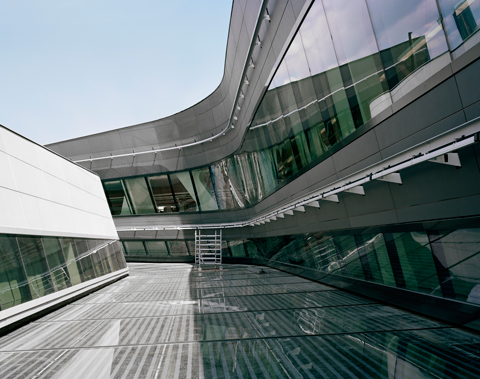 The joint between the two buildings admits light to the atrium below it. Photo: © Rieder | Rasmus Norlander 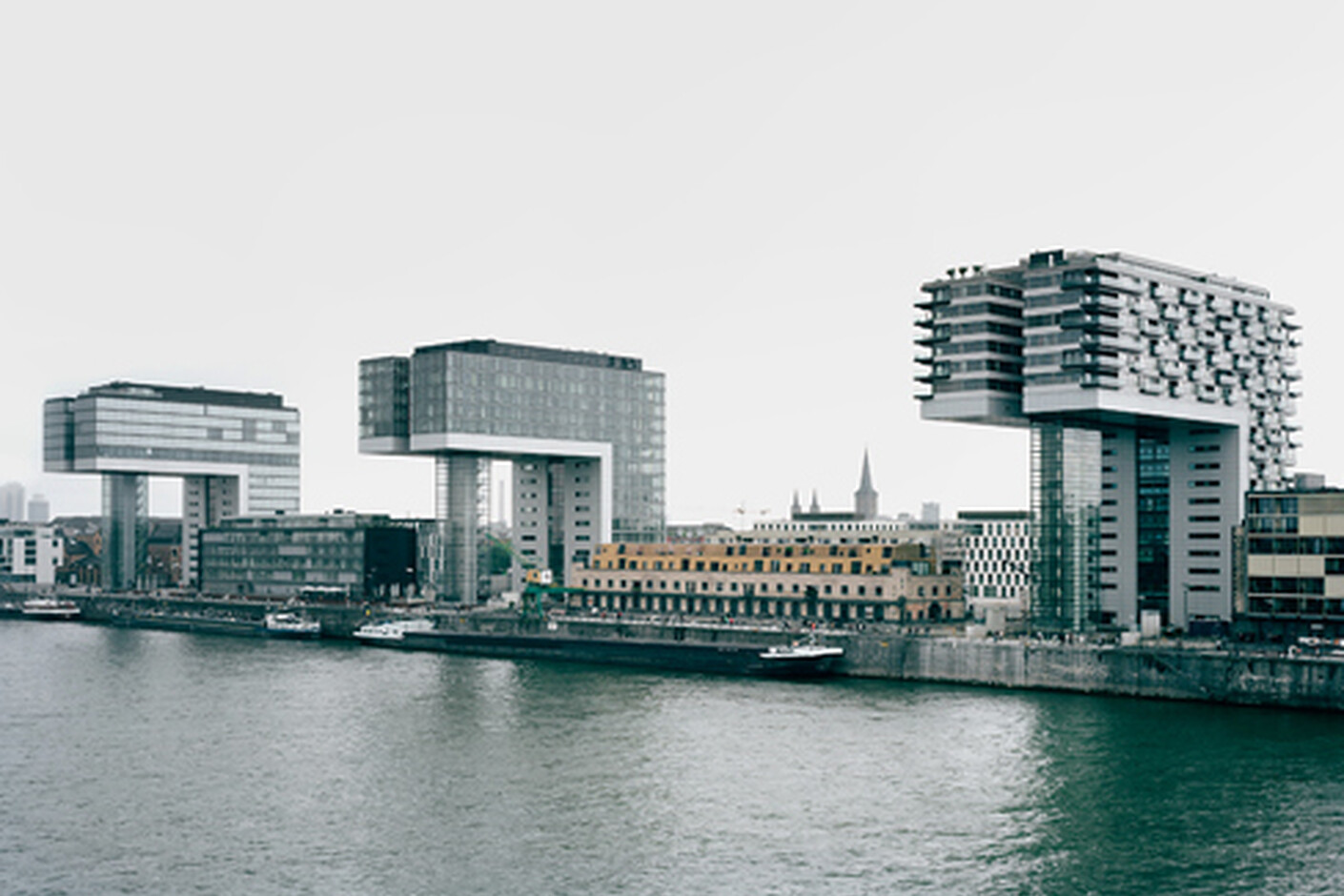 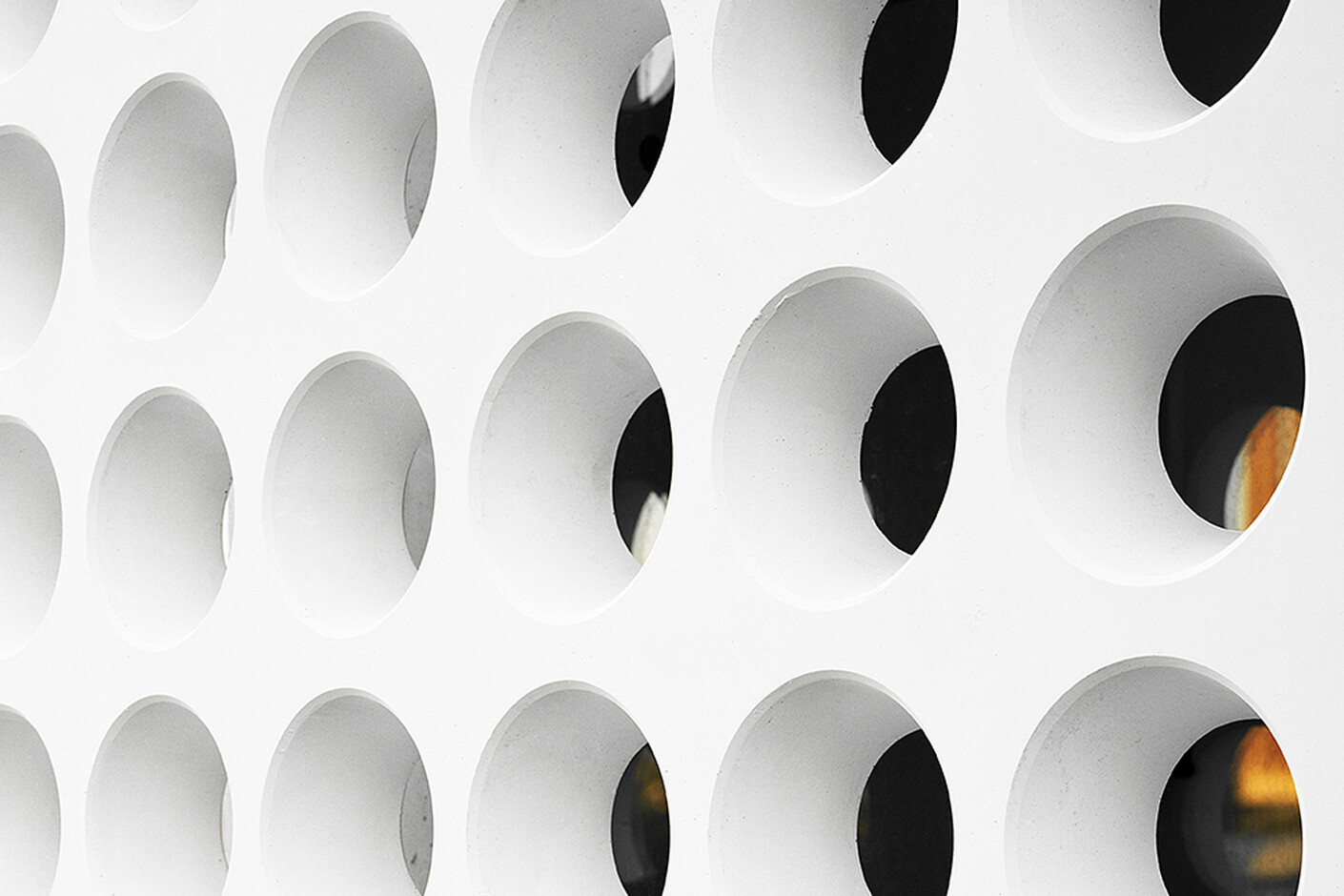 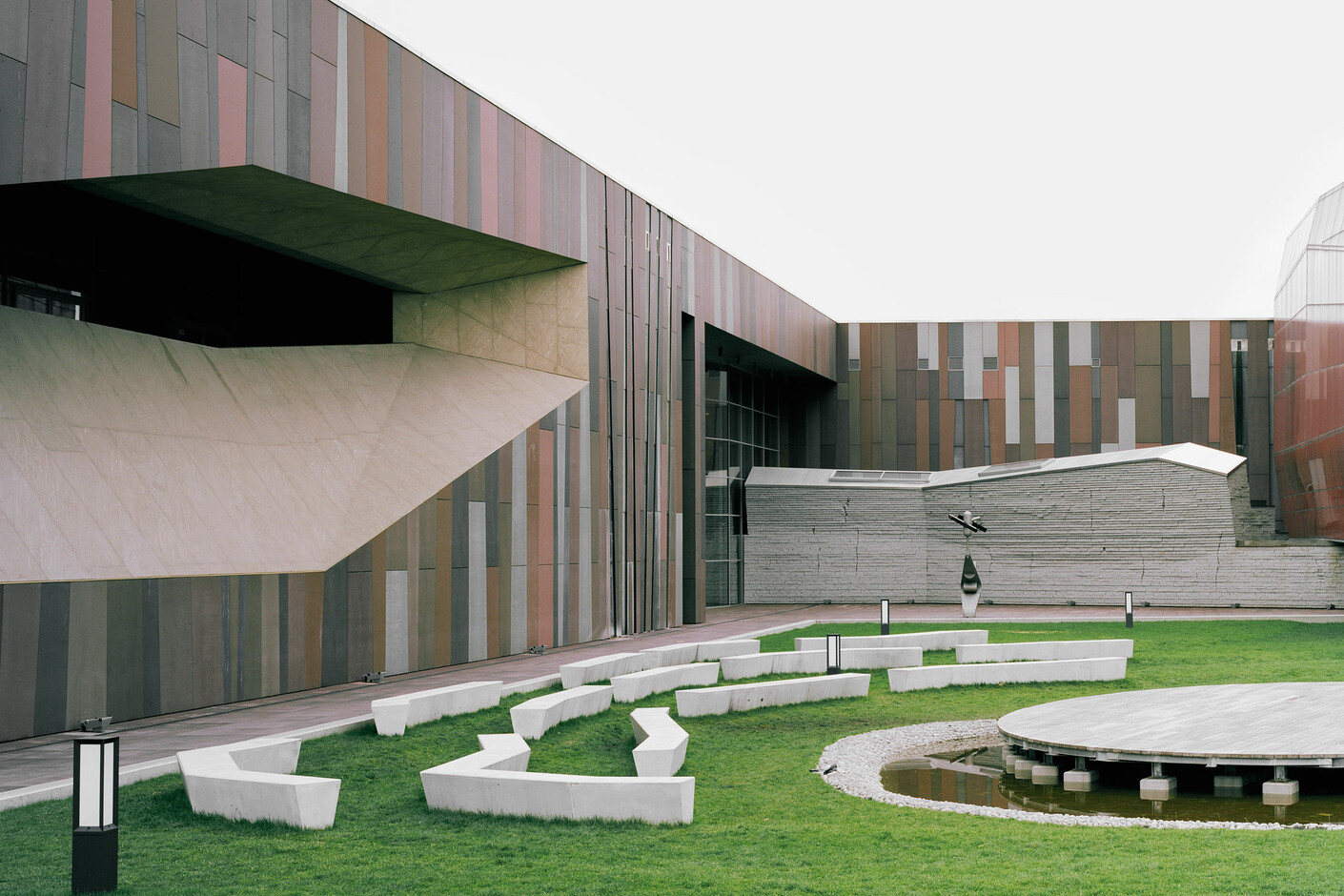 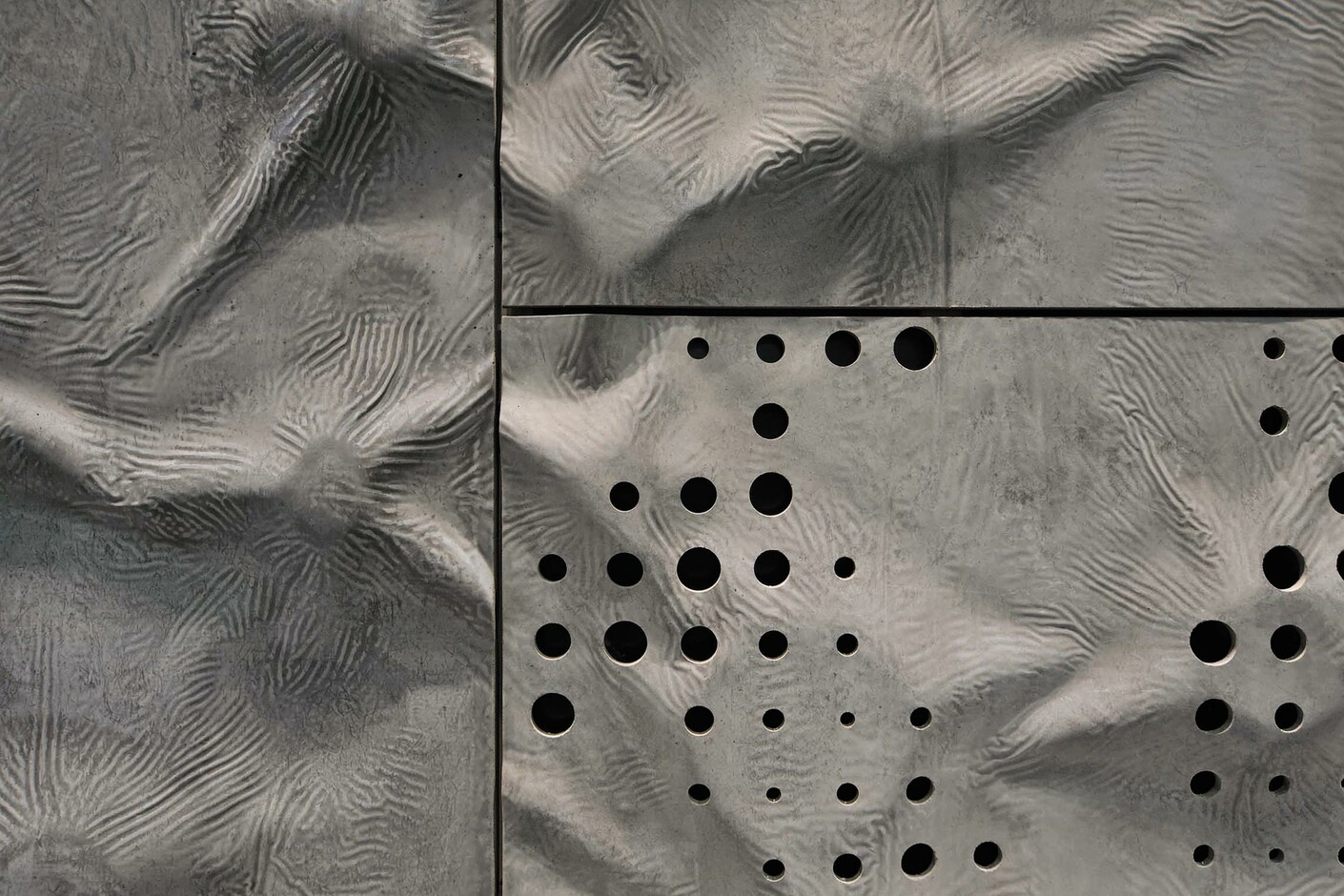 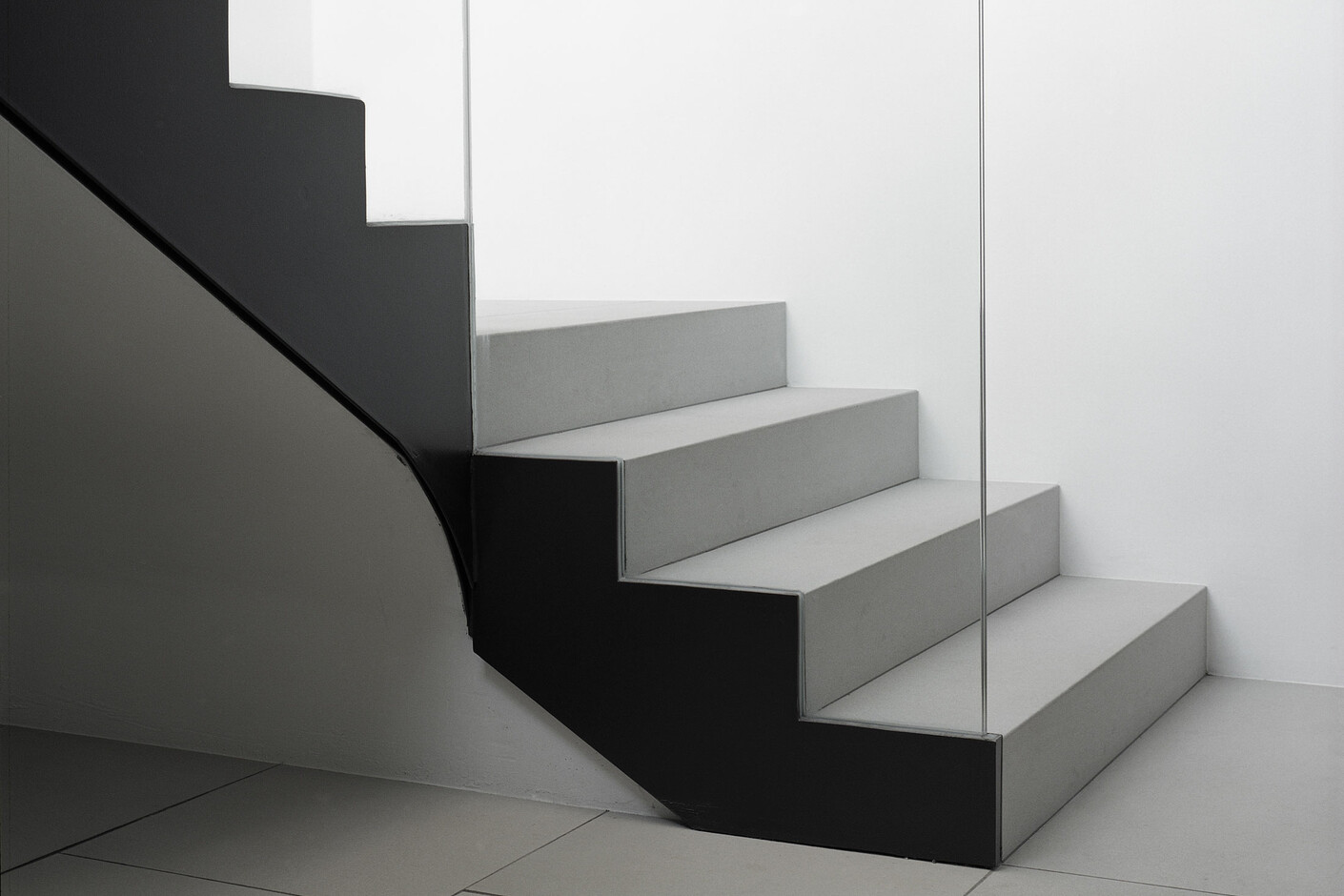 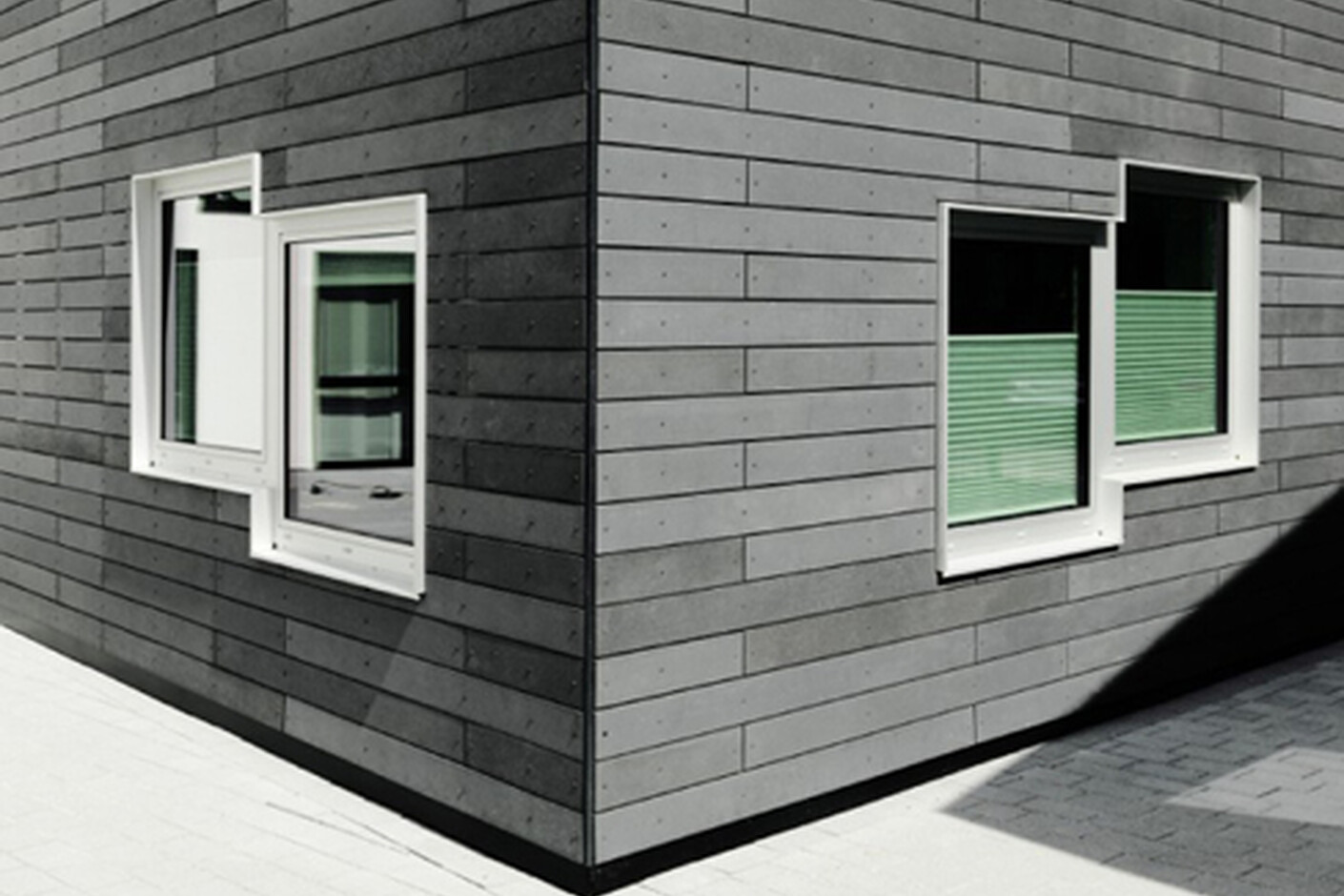 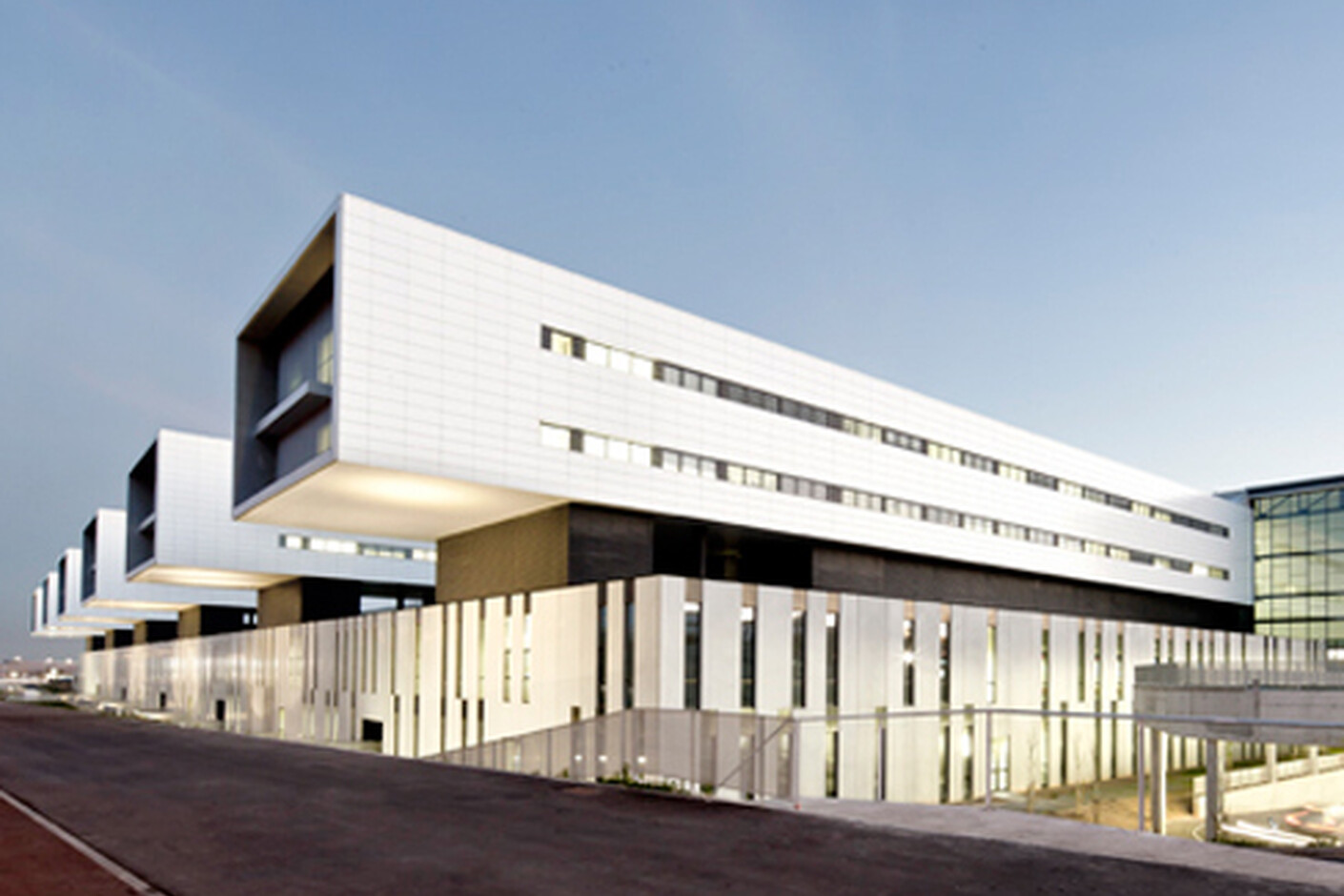