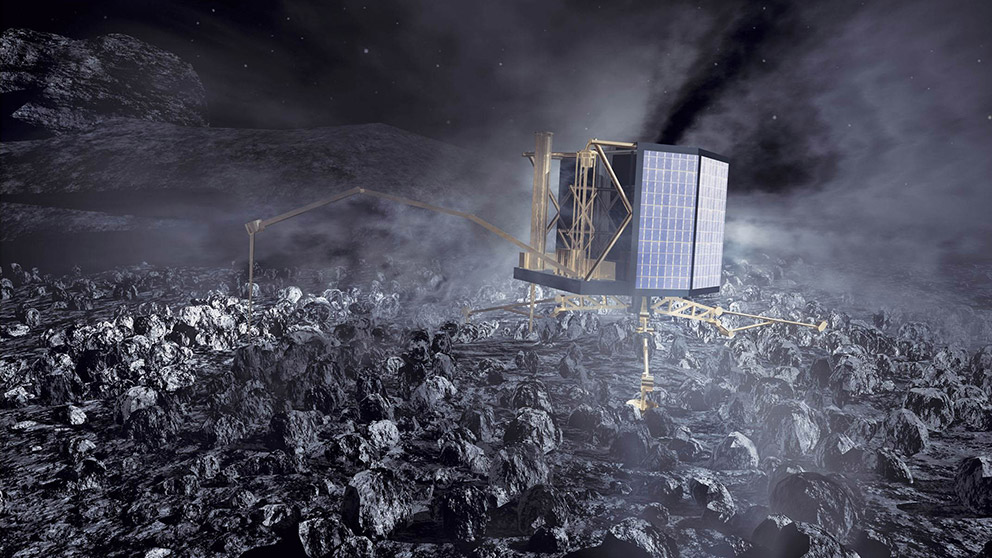 He prefers shady places: The cheater Philae disappeared right after the landing at the warm northside of Tschuri. Photo © ESA / AOES Medialab

The lovable anti-hero: a familiar character from film and television, best illustrated perhaps by the tragic knight Don Quixote. He might not always be entirely virtuous, but he does have all the shrewdness he needs when it comes to overcoming whatever adversities he finds in his way. In the latest article in our “Shady spots” series, we therefore introduce you to “Philae”, a rogue roaming the cosmos and a lazy opportunist, which hid in a particular shady spot that almost brought about the end of its grueling mission – were it not for Lady Luck ultimately playing a little trick on it.

On March 2, 2004 the German Aerospace Center (DLR), working on behalf of the European Space Agency, launched the “Rosetta” space probe on its long journey to the Churyumov-Gerasimenko comet, sending with it the smaller “Philae” probe, which was programmed to land on the comet’s surface so that the sensors, borers and analytical devices it carried could determine the composition of the surface of this well-traveled comet, often known simply as “Chury”. Scientists were hoping this would tell them more about the origins of the universe and whether the core of the celestial body had indeed remained unchanged, as suspected, for 4.47 billion years. Yet almost as soon as it arrived, Philae, which had been on the move for more than ten years, got the urge to jump around, snubbing fame and glory as a cosmic archaeologist – particularly after discerning that the temperatures at its planned landing site amid fountains of dust and gas were like those of high summer.

Luck was at hand: The harpoons Philae was supposed to anchor into the surface failed, so it was able to abruptly extract itself from the dust in order to find a cooler spot to rest. The probe then struck it lucky on the dark side of the comet, where it discovered “Abydos” – a delightfully cool spot where it made itself comfortable on the edge of a crater and stretched out one of its three legs in the air. And that wasn’t Philae’s only stroke of luck. Indeed, soon its batteries were empty, because its solar panels were no longer able to supply them with sufficient energy. The little rogue fell into a deep sleep – without so much as a by-your-leave to the scientists, who were no longer able to locate it.

The slacker would have been able to slumber there undisturbed until the end of time were fortune not so familiarly fickle, and soon her favors began to fall elsewhere. In June of this year, the comet approached the point at which it would be nearest to the sun, so the shady spot of Abydos was flooded with light and optimum working temperatures reached. Philae’s solar panels were once again supplied with energy and the little rogue woke up and started sending signals back to earth once again. And even though it now had to work again, in the end it became apparent that, despite the adversities, fortune had meant well both with Philae and the scientists: because if Philae had remained at the landing site originally planned on Chury, the mission would probably have failed. That spot experienced a surprise heatwave in March, with temperatures that would have caused the probe’s electrics to melt. Instead, having chosen its comfortable, shady spot, the little rogue survived unscathed. 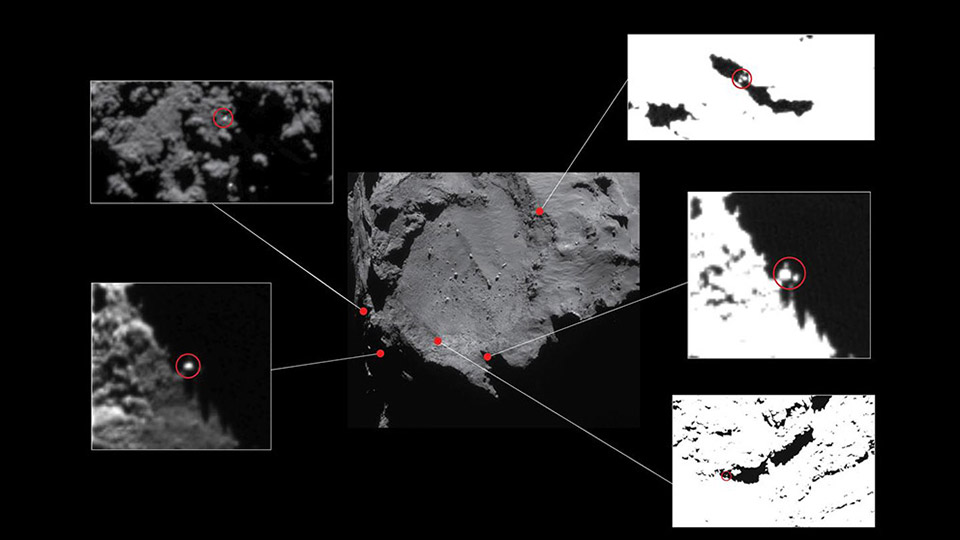 Too many candidates to be worth considering: The scientists tried to find Philae, but with the Osiris camera, he was not bigger than a few pixel.
Photo © ESA/Rosetta/NAVCAM; ESA/Rosetta/MPS for OSIRIS Team MPS/UPD/LAM/IAA/SSO/INTA/UPM/DASP/IDA 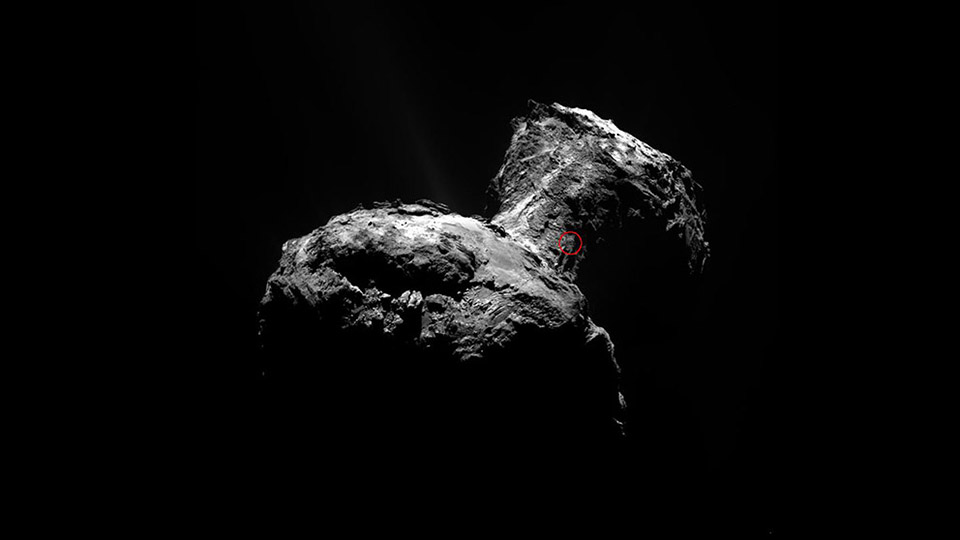