imm Cologne certainly landed a real coup with the new “Pure Editions” exhibition concept for Hall 3.2 – created under the aegis of Art Director Dick Spierenburg. Open-plan trade fair stands in place of hermetic boxes, the crème de la crème of exhibitors including Vitra, Thonet, e15, Zeitraum, Flötotto, Gubi, Muuto, Verpan, Schellmann Furniture and many more besides, and plenty of space to breath and exchange ideas – we can see why Pure Editions proved a hit with exhibitors and visitors alike.

In the thick of it all was “Featured Editions”, a joint venture between Stylepark and imm Cologne which premiered at this year’s fair. All exhibitors in Hall 3.2 were given the opportunity to apply for one of the ten platforms, which were varied in size and spread throughout the hall, each to be topped with a presentation created specifically for the show. What we asked for was something that was far more than a mere “extension” of their commercial trade-fair stands but a creative statement developed in collaboration with an architect, artist or designer. Stylepark ploughed through the entries to find the top ten designs to be brought to life at the fair, each on its very own platform.

The result was an exciting mix of installations that took a step back from the products themselves in order to present them in a new context. In this way, Featured Editions granted us a rare insight into the inner workings of the companies, a glance at their true attitudes and characteristics, which are rarely communicated to the public – neither in conventional trade-fair stand design nor the products themselves. And each of the installations delivered with a completely unique approach.

With “Turned” Eric Degenhard took Böwer back to the traditional roots of woodturning with some fascinating pairings, while Konstantin Grcic’s playfully ironic statement for Flötotto, entitled “PROgona Vitticeps”, an entirely nonvenomous and harmless snake (with have this on Konstantin Grcic’s own authority) comprised of seat shells extracted from the company’s “PRO” school chair. Then there were the conceptual works by the “Philipp Mainzer for Architecture and Design” for e15 using the re-editions of furniture by architect Ferdinand Kramer and Schellmann Furniture’s platform with pieces designed by artists Joseph Beuys, Rachel Whiteread and Donald Judd, providing key insights for an understanding of Jörg Schellmann’s work.

The “Colour Boards” by Formstelle for Zeitraum unveiled an “laboratory of inspiration” which forms the basis for the creation of new products, while in the “Raw” installation by Studio 5-56 for String one was left looking for the actual product at hand, the String shelving system, which had been relegated to the background of a wonderfully staged workshop setting. The Bouroullec brothers, Ronan and Erwan, who have just been crowned the “A&W Designers of the Year” disassembled Vitra’s Workbays into their individual components in their contribution for the Swiss furniture company. Young designer David Geckeler adopted a similar approach with “Nerd Chair – Deconstructed”, whereby he deconstructed his own chair design made for Danish company Muuto. Other works that proved well worth a look were: “Showcase” by Sabine Hutter and Randolf Schott for Thonet, featuring the high-tech carbon chair “S774” staged to great effect; and “A Beautiful Day” by Allessio Bassan, a tableau created for Capo d’oera, modeled on an urban skyline.

On the whole, a successful prelude and incentive enough to continue to working on this creatively lucrative concept for the next edition of imm Cologne.

Over the coming weeks, video interviews with selected Featured Editions designers will be posted on the imm Cologne and Stylepark websites. 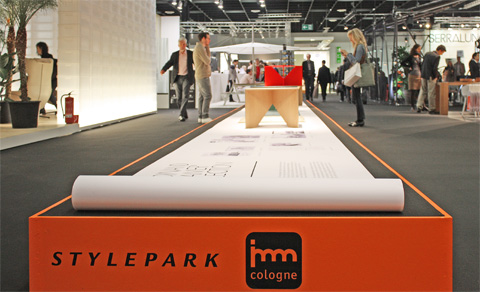 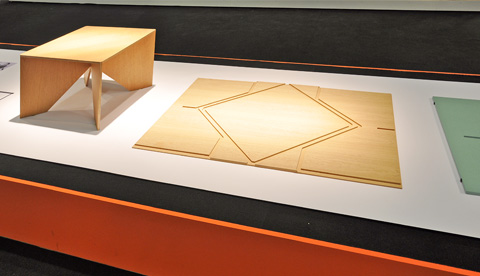 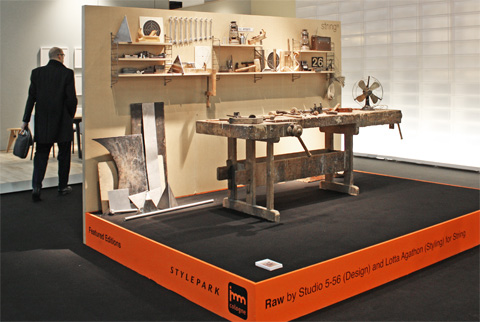 A shelf for the workshop: “Raw” by Studio 5-56 for String, photo © Sabrina Spee, Stylepark 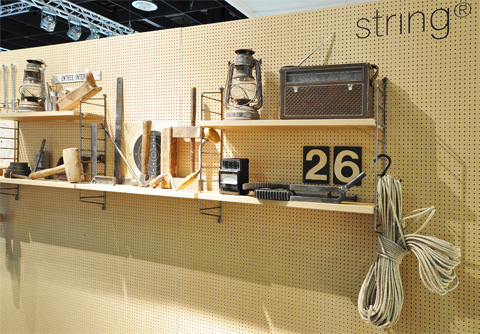 The shelf „string®“ is not precisely the centerpiece of Studio 5-56’s installation, photo © Robert Volhard, Stylepark 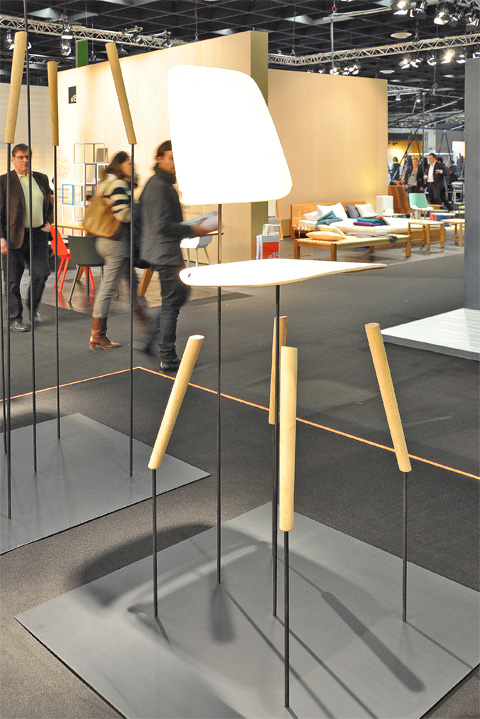 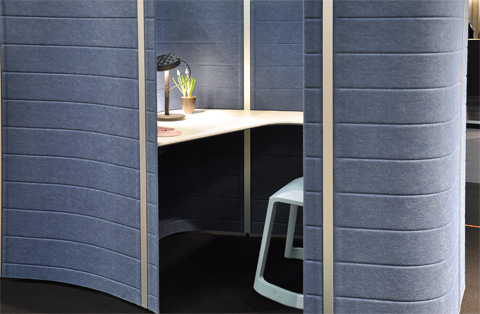 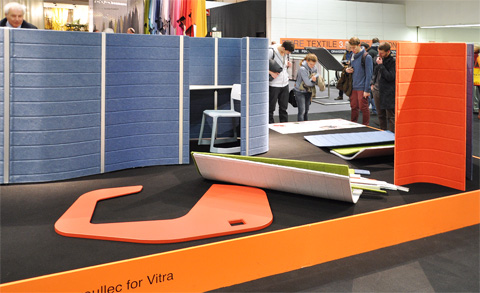 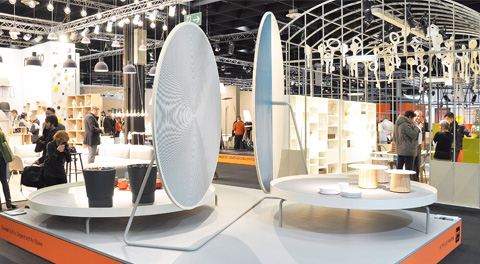 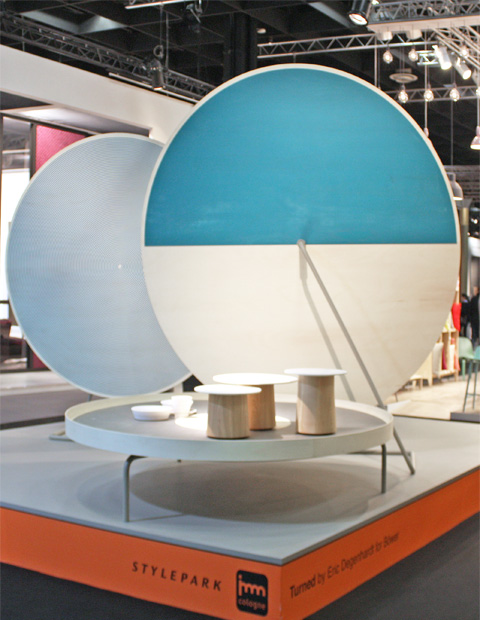 In his installation, Eric Degenhardt interprets the topic of “woodturning” in an architectural manner, photo © Sabrina Spee, Stylepark 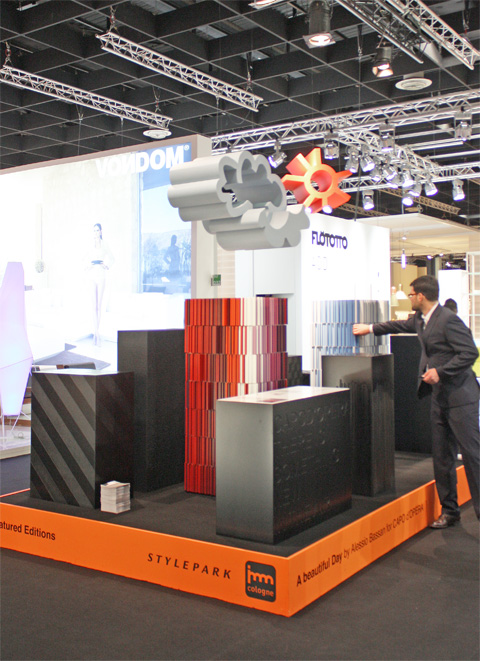 A skyline made of Corian®: “A beautiful Day” by Alessio Bassan for Capo d`Opera, photo © Sabrina Spee, Stylepark 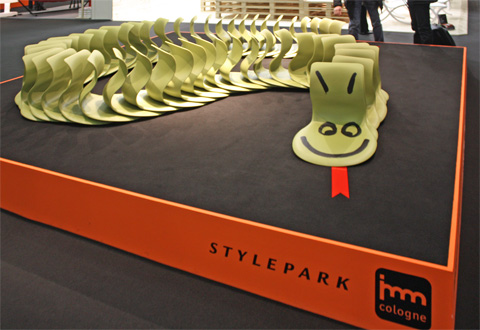 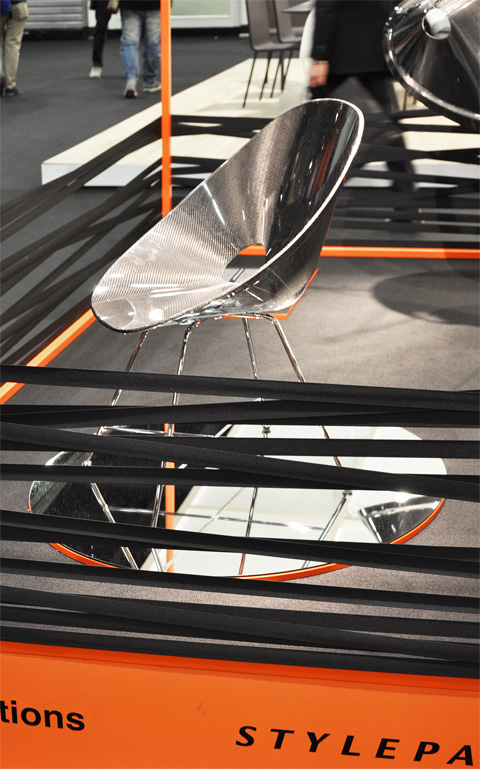 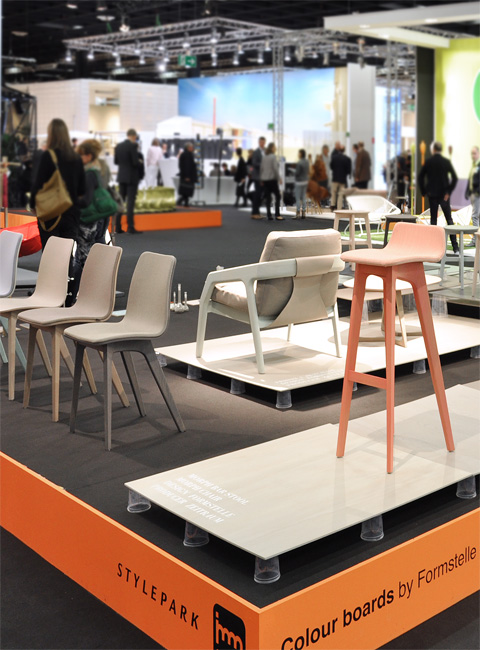 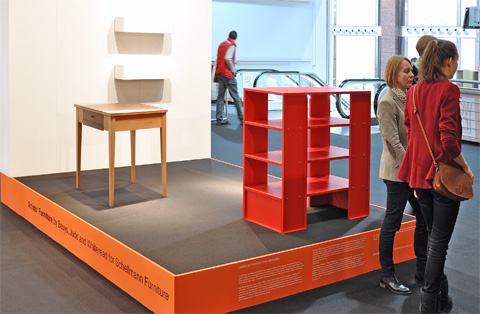 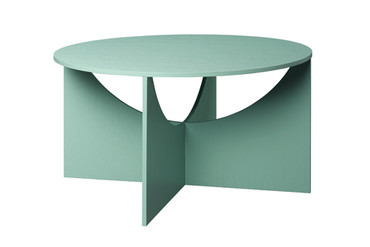 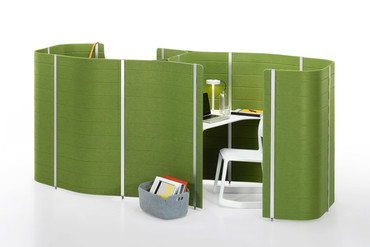 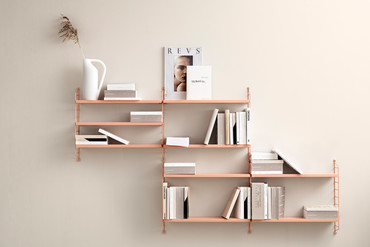