Typical somehow, the tardiness in writing about the death of one of Italy's really greatest designers. All the more Dino Gavina retreated from the public eye in the last decades, all the less was published on his sudden death on April 6.

He was probably the last person who wished to hear great elegies on himself. In his lifetime he was too committed to a mission - one which was concerned with the well-being of the design discipline and never with himself.

Born in 1922 in Bologna "his" city in which he has also now died, he took his first steps in the furniture world at the end of the 1940s with a variety of theatre projects. 1953 was a decisive year for his career when he met Carlo Mollino, Carlo De Carli, Achille and Pier Giacomo Castiglioni and Carlo Scarpa at the 10th Milan Triennale.

As a result, Gavina was always concerned with the holistic, he was close friends with artists such as Lucio Fontana and Man Ray and hated kitsch and small-mindedness.

As co-founder of companies such as Flos, Simon International and others he bore a considerable influence on Italian design after the war. In 1962 he acquired the license from Marcel Breuer for his tubular steel furniture, but distanced himself again when he feared it was becoming too commercial. This was almost always the way it was. If Dino Gavina saw his ideals disappearing he took his leave and often did without the big monetary benefits. In a certain way this made him a tragic figure - but at the same time an eternal paradigm which is still valid today. 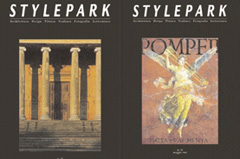 Cover designs from Dino Gavina for the Stylepark Magazine, 2006 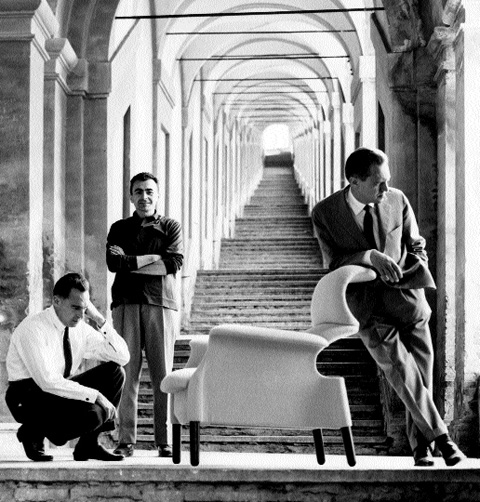