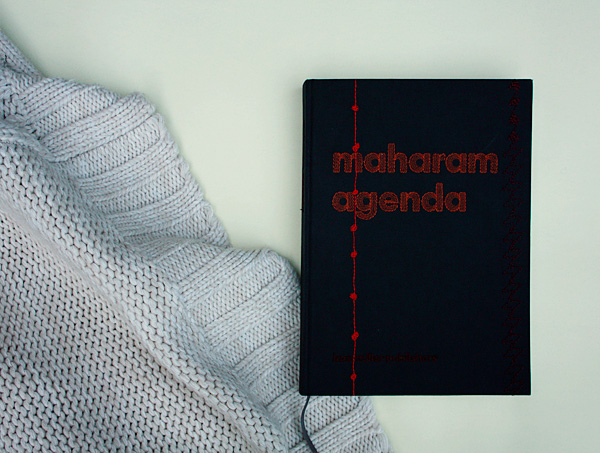 The diversity of disciplines, those individual threads that textile manufacturer Maharam spins into a single great entity, appear to be seamlessly intertwined. Though firmly based in the textile technology, the New York-based company's portfolio also encompasses graphic, product and fashion design, typography, photography, marketing and even stretches to retail design and curating exhibitions. The embodiment of a holistically oriented company culture, it is now presented to us in Michael Maharam's recently published book, "Maharam Agenda".

From selling rags to operating a global textile enterprise: Maharam's company history is a prime example of the American Dream come true. It all began in 1902 when Louis Maharam started selling textile cut-offs from a handcart. Then he moved on to fitting window displays and supplying theatres, costumiers and architects with fabrics. Today, the family business, which is now in its fourth generation and under the direction of two Maharam brothers, focuses on the industrial production of textiles for curtains, furniture and wallpaper.

In managing the business, Stephen and Michael Maharam always keep two particular goals in mind: They seek to uphold the legacies of famous designers while simultaneously supporting and promoting innovation in technology, materials and design. A smart business concept it may be, but it comes across as somewhat familiar. And while we're on the subject, there are a number of corporations publishing lavish books about their companies right now. So what must we expect from a corporate publication if it is to set itself off from mere marketing mumbo-jumbo and commercial product catalogues?

Maharam's product assortment features 40 fabrics by famous designers from the last century such as Anni Albers, Charles and Ray Eames, Alexander Girard, George Nelson, Irving Harper, Verner Panton and Gio Ponti. These are complimented by several contemporary designers, artists and companies such as Hella Jongerius, Konstantin Grcic and Nike whose collaborations with the textile manufacturer have led to the development of some surprising hybrids. For example, working with fashion designer Paul Smith upholstery fabrics for furniture were made over with pinstripes, paintings were transformed into textiles in a joint-project with Sarah Morris, and upholstery fabrics were decorated with autobiographical stories by renowned illustrator Maira Kalman.

In this way, Maharam demonstrates a great openness to disciplines other than its own as well as a great deal of courage – at times even placing experimentation above the bottom line. This attitude arises from an inquisitive mindset and the constant critical examination of the company's own quality standards. It is in this context that Michael Maharam outlines his notion of "intellectually-driven luxury", describing the path to creating universally marketable "super-normal" products that appeal to pragmatists and design aficionados alike. And at the same time he explains his formula for a "design nirvana" that packs a punch when it comes to sales – but he does all of this in a rather reverent tone: quiet, almost introspective and always showing respect for his business partners. Using formulations such as "challenges" to describe the two-year development phase for a single fabric or "embracing risks" as a euphemism for financial gambles, he displays an increasing confidence rather than fear of the future – it's an inspiring approach.

In terms of content "Maharam Agenda" thus engages the reader with a joy for experimentation and sensitivity. But is the publication's outward image capable of conveying these characteristics – all the more as we're talking about something produced by a textile manufacturer? What we expect is that he takes the term "materiality" in its literal sense, uses the book's visual image to provide a taster of his products, opening them up to our sensory perceptions. For what distinguishes a fabric is of course first and foremost its haptic qualities: does it feel rough or delicate, coarse or smooth, light or heavy?

And so it is that Hella Jongerius has designed a textile book cover for Maharam, of which four different versions are available, each varying slightly from the other in its color and embroidery pattern. A nice idea, even if the colors are somewhat dull in reality. By contrast, the photos inside the book are so strikingly sharp that the textures of the fabrics almost jump out from the page like sculptures. Unfortunately, the book's illustration denies us a real glimpse behind the scenes, for the inclusion of images depicting the production process itself or the collaborative work with designers simply gets omitted.

However, "Maharam Agenda" does offer an extensive collection of patterns from the last century to the present day and scores points in its account of personal experiences with famous designer greats. But it is the depiction of Maharam's multi-disciplinary corporate culture (subject to continuous reengineering thanks to the permanent development of new business fields) that sets this book apart from the rest. Maharam surprises the reader with his philosophy on healthy progress and his shockingly-honest guiding principles, which are as movingly authoritative as they are rigorously passionate. The term "sophisticated" often comes to mind when reading this publication. A word that is so semantically charged and for which "Maharam Agenda" provides a rather appropriate example: ambitious, refined, finely woven, worldly, filigree, well thought-out, technically elaborate and cultivated. 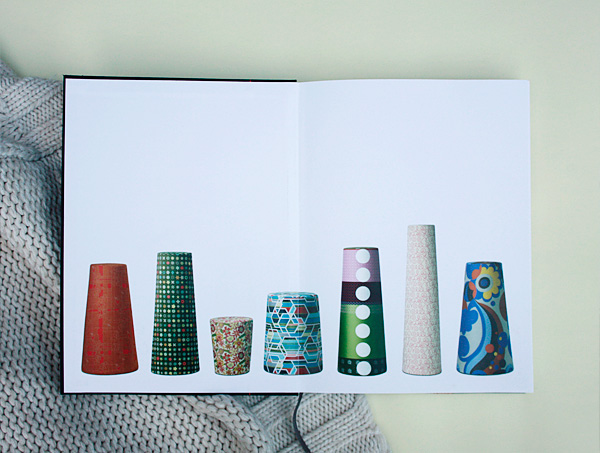 Results of the cooperation between Maharam with renown artists and designers, book picture © Dimitrios Tsatsas, Stylepark 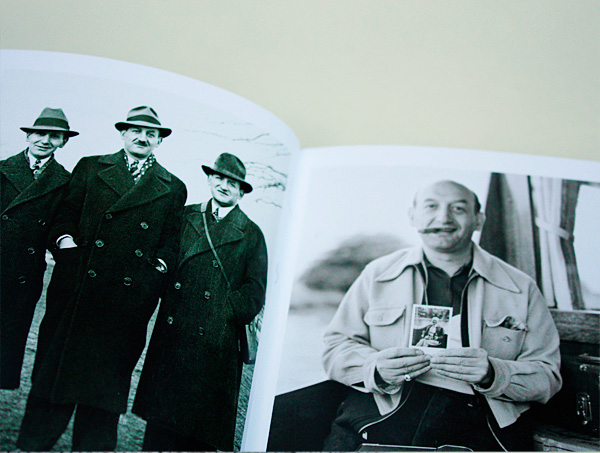 Since its inception in 1902 Maharam has always been a family-run business, book picture © Dimitrios Tsatsas, Stylepark 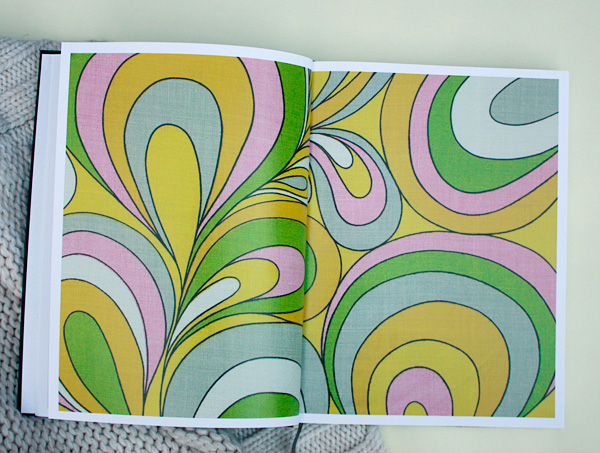 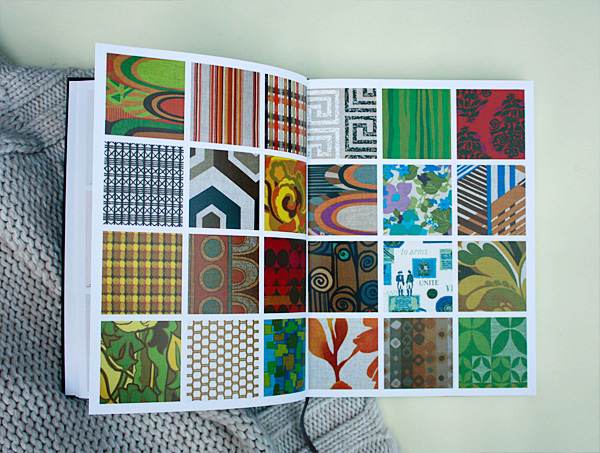 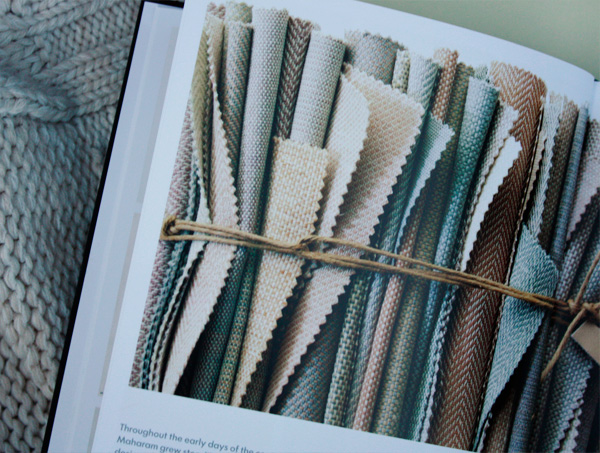 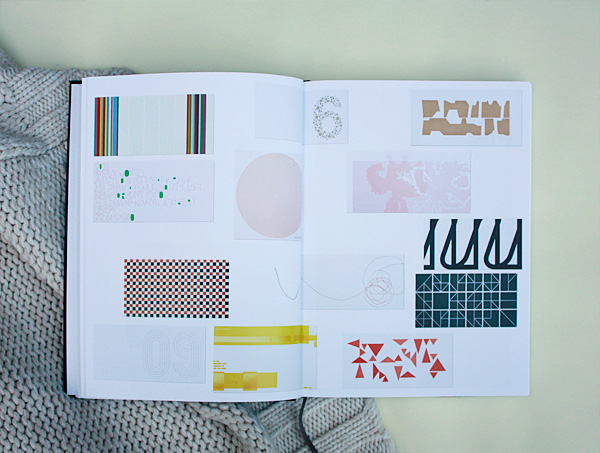 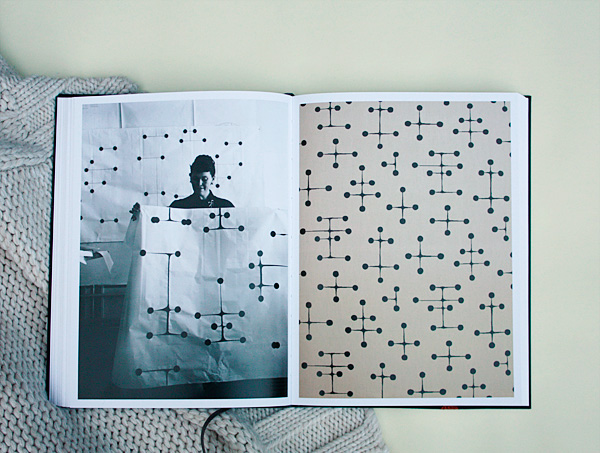 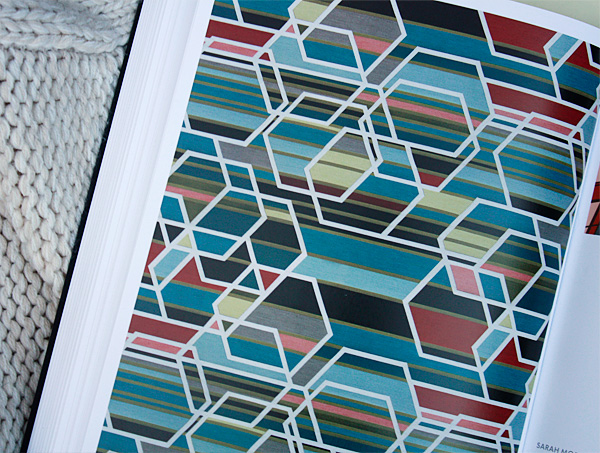 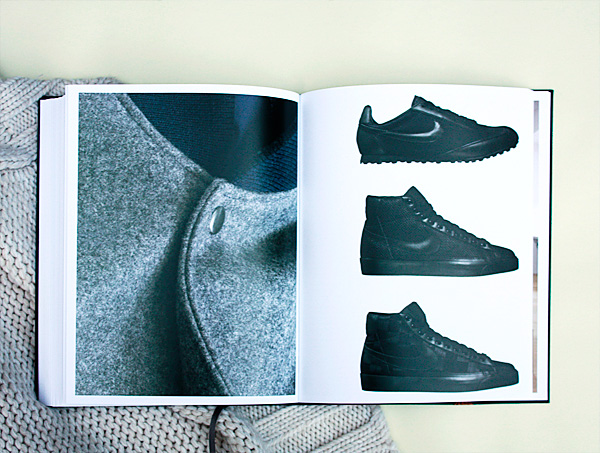 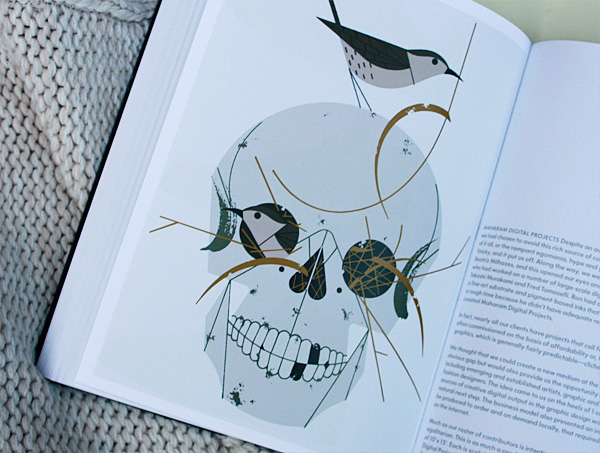 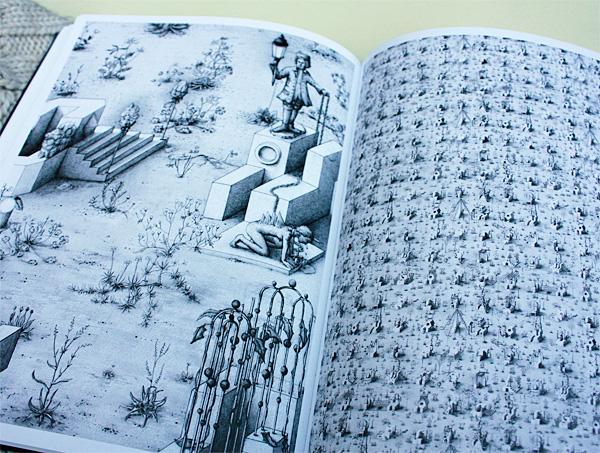 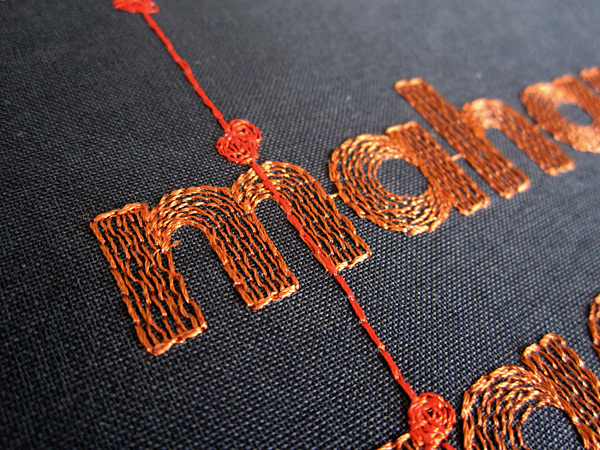 Detail of the stitching on the book cover, photo © Lars Müller Publishers 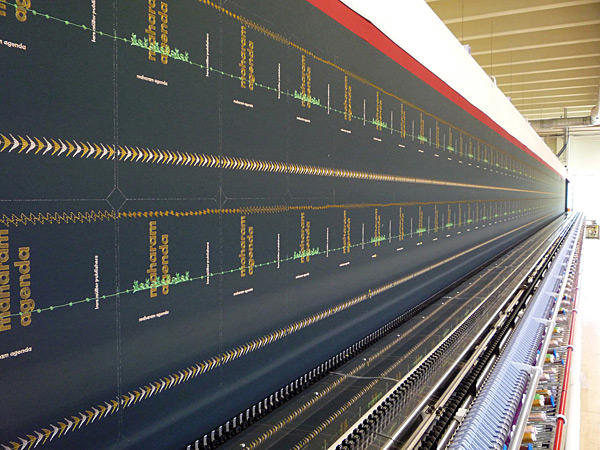