The building was almost torn down. In the 1980s, downtown Brooklyn was almost as bad as the Bronx. The best solution, contemporary wisdom had it, was to tear everything down and start from scratch. Yet while in the Bronx one brick building after another succumbed, Brooklyn put up a fight. Only here and there did old buildings have to make way for new reinforced concrete. In any case, the Metropolitan Exchange Building is still standing. Seven stories high, crammed full of furniture, bits and bobs and creative minds. Only four years ago, all seven lofts were used for storage. The fifth was the first floor to be cleared, with a young architecture and urban planning studio moving in shortly after. The three Harvard graduates were soon followed by former fellow students, including Maria Aiolova and Mitchell Joachim, who had together founded Terreform ONE (which stands for "Open Network Ecology"). It is a non-profit cooperative for, as they call it, "philanthropic architecture, urban planning and ecological design". Gradually, one floor after the other was rented out to young creative professionals. Terreform ONE also leased the sixth floor when its members wanted to set up a workshop and, later, a lab, with a biologist from Harvard.

The landlord still uses the ground and first floors for storage. They contain carousel horses resting peacefully alongside an entire stage set belonging to the nearby Brooklyn Academy of Music. "But in the summer we clear a section and use it as a gallery and for lectures," says Maria Aiolova. This year, the latter were heard by the participants of "Terrefarm", a workshop for students, architects, scientists and artists which took place for the first time. It was devoted to urban agriculture, and not just the theory. Rather, the Terrefarmers experimented with various soils and planting methods on the roof of the Metropolitan Exchange Building. And on Friday evening topped it off with a barbecue and beer.

It is no coincidence that Maria Aiolova and her partner Mitchell Joachim focus on this topic. Urban farming and fruit and vegetable cultivation played a key role in their studies. With their cooperatives Terreform ONE and Terrefuge, the pair develop visions for the city of the day after tomorrow. Ironically, they largely follow the motto of the men who shaped New York in the 1980s: tear everything down and start from scratch - although with an entirely different perspective.

A large model shows how Maria Aiolova and Mitchell Joachim imagine Brooklyn in 2110. Where new luxury apartment towers jostle for space along the banks of East River today, offering views of Manhattan, everything is flat. There are no parks, but wetlands, intended to catch the tides. "We have to assume that in about 50 years, New York will be hugely affected by the rising sea level," says Mitchell Joachim. Next to the wetlands and on the rooftops of residential buildings further inland there are fields and vegetable gardens. The city of the future is self-sufficient. "We don't deliver food, we produce it locally," says Joachim. "And what we throw away is treated and fed back into the permaculture."

Mitchell Joachim has long dreadlocks, but fits no cliché. He has graduated from prestigious universities including Columbia, Harvard and MIT and is a professor at New York University. He likes to use expressions that not everyone knows. Permaculture is food production, energy supply, landscape planning and the design of social infrastructure on the basis of ethical principles. "Form follows anything," explains Mitchell Joachim, "as long as we ensure we have light, air, unrestricted views and good orientation and take a responsible approach to energy, food and waste etc." The context, says Joachim, is one of the fundamental pillars of architecture.

In line with this principle, the city only becomes a densely built area behind the useable spaces. There are tall, slender towers, all with a diameter of at most ten meters in order to guarantee maximum daylight inside. The center of Brooklyn in 2110 is a gigantic citadel, where refuse and waste water is converted into energy. We find ourselves automatically wondering if it won't stink. Joachim shows just how indifferent he is to that issue with another project. "This is the waste the city of New York produces in exactly one hour," he says and points to a model with compressed trash cubes tracing the outline of the Statue of Liberty, including the base. "This is WALL-E on crack," says Joachim. With the refuse from a single day, the little robot WALL-E from the eponymous movie could even build a 53-story skyscraper. The scaffolding consists of slowing rotting organic waste, unlike the cubes, which are purely inorganic. "Our cities stink no matter what," says Joachim.

The designers have made a similarly radical model to the Brooklyn one for Manhattan. They created it for a competition in 2006 - and even won a prize. At that time, Mitchell Joachim had founded the cooperative Terreform with his long-time mentor, architectural critic Michael Sorkin. However, after one year they split on bad terms, the cooperative was refounded as Terreform ONE and Terrefuge, and Sorkin now runs the original Terreform with his wife. Unfortunately, since then there have been disputes over copyrights, including for the Manhattan project. Both parties use the ideas it contains; most recently Sorkin integrated them into his work for the American Pavilion at this year's Architecture Biennial in Venice.

Yet Mitchell Joachim never tires of stressing that all the ideas are not fundamentally new. "The technologies have been around for a long time, we could start yesterday," he notes. Yet he will not be pinned down on concrete questions regarding realization. He simply sweeps costs, emissions values, safety regulations, and conflicts of interest between the various users in the city under the carpet. He is not interested in that. "We want to make a polemical contribution and present designs that cause a shock," he says almost defiantly. "We want to spark debate and an intelligent dialog about the direction cities will take in the future."

The ideas are certainly cumbersome, such as the one with houses on wheels. They are Terreform ONE's answer to American suburbia. Instead of in green, landscaped areas, in the future Joachim sees his fellow countrymen settling along the freeways. Naturally, these are no longer freeways as we know them today. While fast-moving traffic zooms underground, at street level supermarkets and other infrastructural elements slowly glide past. And if someone no longer likes their location, they can simply load their house onto large wheels and move on - always along the freeway, instead of sprawling across the landscape. "These people love their off-road vehicles and SUVs," notes Joachim, "but we give them something better; we put their entire house on wheels. That perfectly fits their value system."

In the city, there are only jointly used cars that look like little sheep and are just as soft. The electric motor, steering mechanism, software and everything else a car needs to work is located in the wheels. "We want cars that cannot hurt anyone," says Joachim. Hence the soft body. But even more than that, Terreform ONE wants intelligent cars that don't cause accidents in the first place. Like horses, for instance. "Carriage horses know exactly where to go. They have senses, they can hear and smell. They know where children play and where Miss Cramtree lives, who always complains to the coachman that he is late. That is the kind of intelligence we want cars to have too," says Joachim. As an alternative to the sheep car, city dwellers can also take their "Jet-Pack" (a rocket backpack) or the next "Blimp": a kind of airship-cum-balloon with seats hanging from it, similar to a chair lift.

Mitchell Joachim has received much praise, but also much derision for his ideas. Cameron Sinclair, for example, founder of Architecture for Humanity, jokingly calls him "Mr. Spock of the eco movement." In any case, Terreform ONE and Terrefuge have won the Zumtobel Group Award for Sustainability and Humanity in the category "Research and Initiative" for their proposals. And Wired Magazine included Joachim in its list of the 15 smartest people the American president should listen to.

He himself listens to a very different voice: "For me, Jules Verne is the greatest architectural theorist of the last 300 years," he says. "He never promised anything, but simply told stories. And that is just what all great architects do: They offer no promises, but tell of possible new worlds. And if the story is really good, we follow it with our heart and soul." 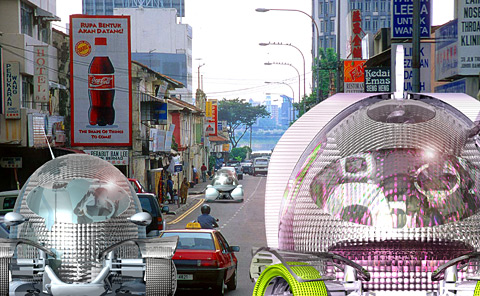 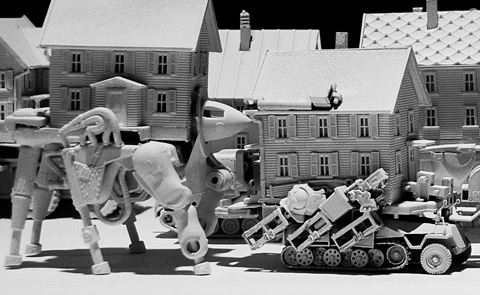 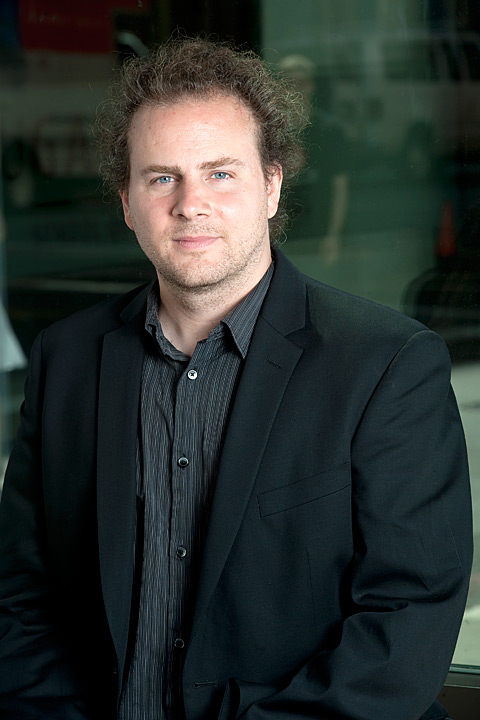 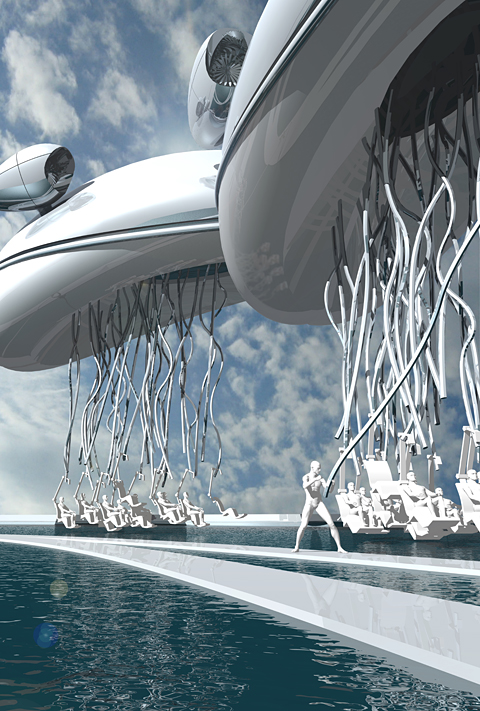 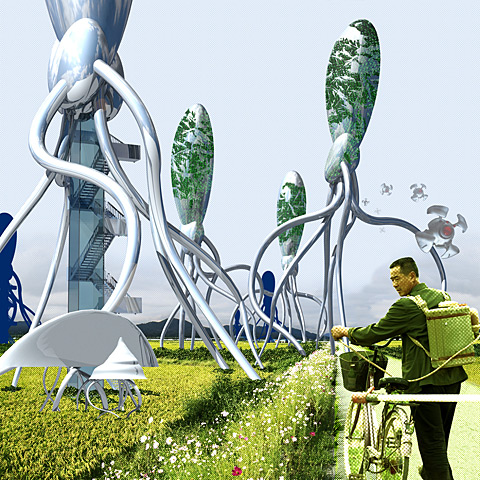 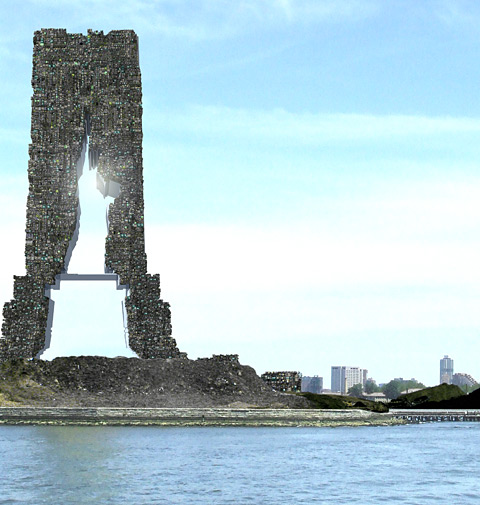 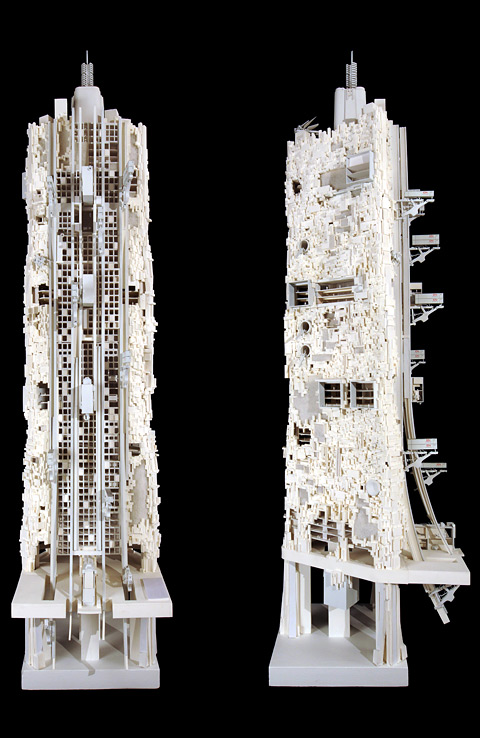 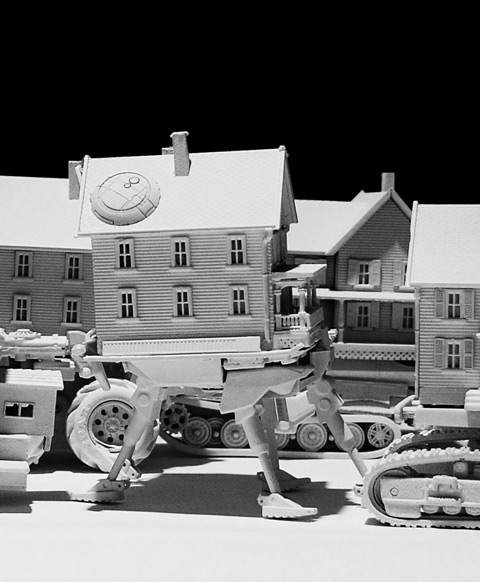 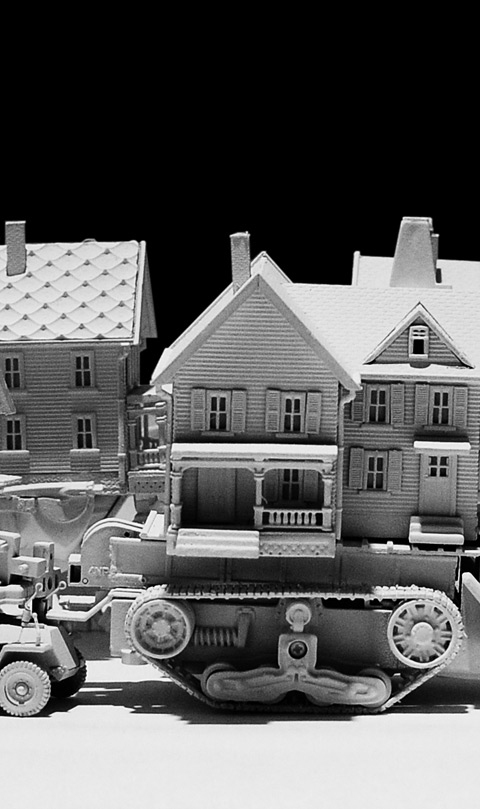 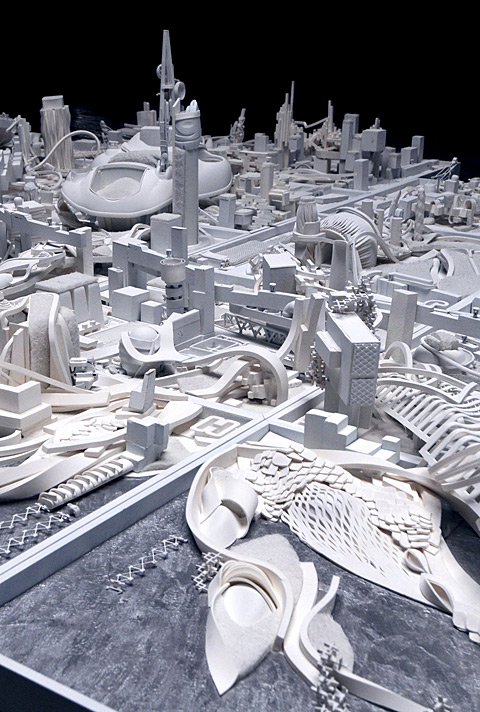