top
A landscape of mountains and valleys - the Design Parade 03 in Hyères
von Claudia Beckmann | Sep 2, 2008

In the hilly landscape of the Provence-Alpes-Côte d’Azur region, on the south side of the Les Maurettes mountains, namely in the harbor town of Hyères, a veritable architectural jewel lies hidden: Villa Noailles. The building stands high above the bay of Hyères like a giant cruise ship, surrounded by lawns and woods. From the villa you can enjoy picturesque views of the hilly landscape whose colors appear to be bleached by the sun. In the distance the sea sparkles, the air smells of lavender and summer, and a unique, inspiring atmosphere reigns over the town.

Villa Noailles was built between 1924 and 1933, based on plans by architect Robert Mallet-Stevens. Shortly after the first building phase was completed, however, it was expanded by Léon David, a fact that somewhat disturbs the overall homogeneity conveyed. The owner, Charles de Noailles, contracted the architect to build a “small house which takes advantage of the sun and is interesting to live in” and this was successively expanded to create a stately home with a total area of some 1,800 sq. m. The villa’s interior resembles a labyrinth, combining a myriad of differently-shaped rooms. Numerous artists, interior designers and designers were involved in creating the interior design of the impressive building, among them Pierre Chareau, Eileen Gray, Henri Laurens, Theo van Doesburg, Sybold van Ravesteyn and Alberto (or Diego, the craftsman) Giacometti; the cubist garden was designed by Gabriel Guévrékian.

It is a place which is ideal for discussing architecture, design and art, in fact all facets of design. A small but refined event has taken advantage of this atmosphere and for the third time now a three-day festival has been held here under the name of the Design Parade. The program consisted of a mixture of theory and practice, past and present, in the form of exhibitions, competitions and a conference. This year the focal theme was landscape. And if you glance around and observe the architecture, the cubist garden, the topography of the place, its forms and structures the metaphor quickly becomes clear.

In the oldest part of the villa the work of eight young designers was presented, each in a room of its own. In the course of the festival, the jury, which consisted amongst others of Konstantin Grcic (designer, Munich), Jerszey Seymour (designer, Berlin), Marie-Claude Beaud (Director of the Museum of Modern Art, Luxembourg) and Walter Bettens (Chief editor of the magazine DAMn°) chose a winner for the Grand Prix and one for the Group Seb Design Award: There is also a winner selected by the public. The villa’s swimming pool, squash and sports hall feature a major exhibition by French designer duo Erwan and Ronan Bouroullec; in the house gallery the two winners of the Grand Prix from the previous Design Parade 02, Sébastian Cordoleani and Franck Fontana, present their works; in the pink salon the French designer Pierre Charpin shows his designs for the traditional porcelain manufacturer from Sèvre; and in the villa’s vaulted hall the fifth part of the exhibition series “Documents” takes place, which grapples with the various aspects of the history of Villa Noailles in preparation for the permanent exhibition planned for 2010. The exhibition takes up the theme of “modern garden” inspired by Gabriel Guévrékian’s cubist garden at the villa and other examples of European Modernism. Another venue for the Design Parade is the “Superarchitettura 66 - Reloaded“ show in the Sainte Blaise chapel at the heart of the old town of Hyères.

Without doubt, pride of place at the Design Parade went to the ”Ètapes” exhibition by the Bouroullec brothers. Their creative work process (from inspiration to production) is showcased in three of the villa’s rooms that are totally different in terns of size and character: In addition to drawings and draft designs, on display are sources of inspiration, small models and photographs, not to mention the techniques used in furniture production and the finished products themselves. If you take a closer look at the Bouroullec brothers’ approach to work then it is not difficult to make the connection to the theme of landscape. If you peer through the glass front to the villa’s swimming pool then the exhibition room looks like a framed landscape painting composed of huge three-dimensional objects and seating furniture which looks like mountains. The room dividers, too, look like branches in autumn woven together or somewhat similar to a hilly honeycomb structure. You can even walk through the “picture” designed by the Bourollecs as a landscape you can see and touch: somewhere you can stop and think and somewhere you can look in and out of.

What may, at first glance, be even more surprising is the thematic connection to the Superarchitettura exhibition which took place in 1966 in a small gallery in Pistoia and which the Italian company Polronova recreated for its 50th jubilee in order to show it at the Design Parade. The exhibition of the two Florentine design and architecture studios Archizoom and Superstudio was grasped the world over as a manifesto of radical Italian design. Both groups with their unconventional ironically provocative designs turned their backs on consumerism and functionalism, on the aesthetic and ideological paradigms associated with the traditional function of design as status-giving. In addition to brightly colored product designs inspired by Pop art both groups also dealt intensively with urban planning and urban concepts.

The exhibition in December 1966 was influenced by the catastrophic floods in Florence and surrounding area; the show opened in Pistoia was just one month after this tragedy although Pistoia itself was spared from the disaster. The project was thus created against the backdrop of a human and urban catastrophe that thus give the designs an even more forceful edge. But above all, it meant that the utopian ideas and products suddenly took on a completely different significance in their distance from reality.

Archizoom and Superstudio contributed to an approach that today has still not lost any of its controversial touch: They overcame the separation of design and architecture, or better, they integrated architectonic structures into the formal language of design. The Superarchitettura exhibition also emulated a landscape with mountains, flowers, a house and a river from which product designs were derived. Some of the prototypes exhibited in Pistoia such as Superonda, Sofo, Passiflora and Gherp, not just became icons later on, but the ideas of Archizoom and Superstudio fundamentally changed home landscapes.

Overall the appeal of the Design Parade appears to lie particularly in the fact that it freely combines individual elements with one another and deals associatively with both the various disciplines and their content. This succeeds both because the concept of landscape is open and diffuse and because sufficient metaphoric power is unleashed, such that the various aspects and themes can be combined with one another. However, the further you go from the safe core, the more the firm ground disappears from beneath your feet. Yet it is a step in the right direction, especially in a time in which design as a discipline is being discussed in all its controversy, as is the way it is presented. Only if you grasp the open and undefined as a potential and decide on a theme that traverses the borders between the disciplines will you come closer to finding possible answers to the question of what design is. After all, design is also a mountainous, at times steep and at times gently sloping and above all constantly changing landscape where sometimes things bloom and sometimes they wilt, a place where many gardeners are busy cultivating the ground. 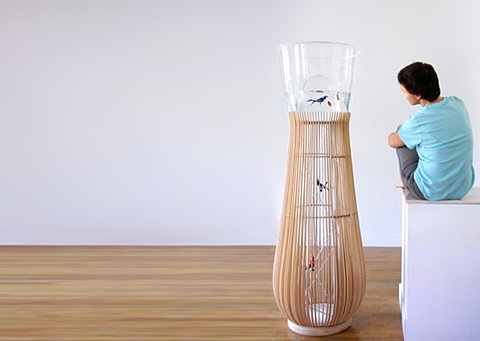 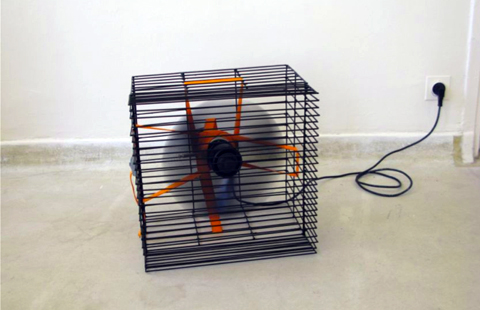 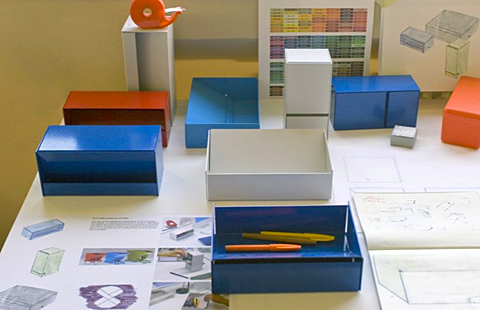 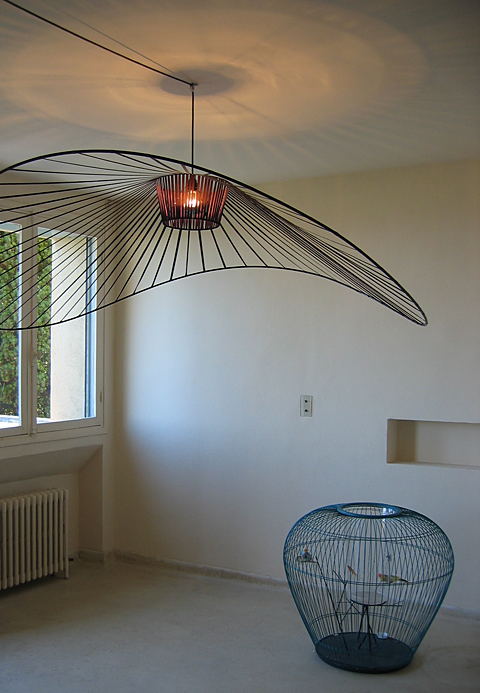 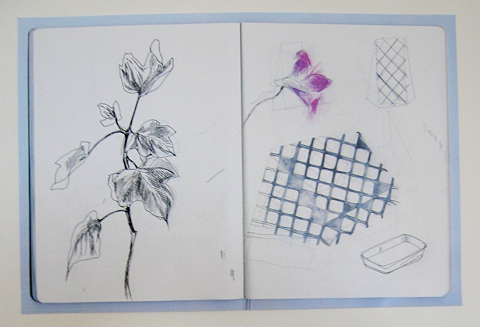 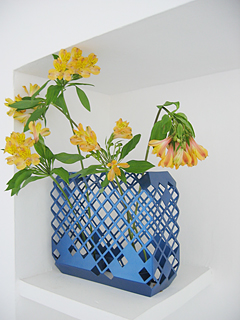 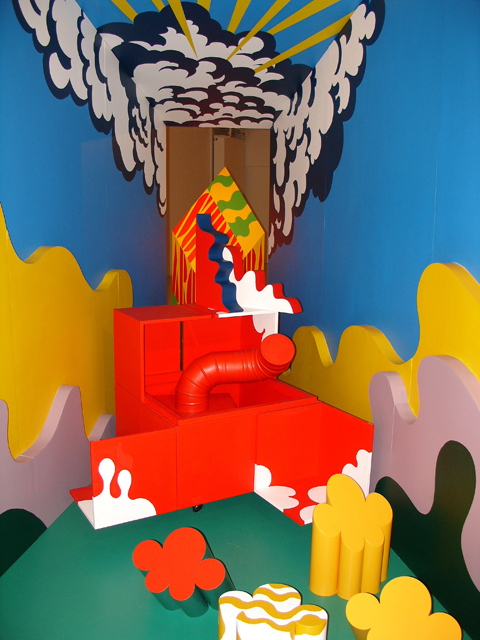 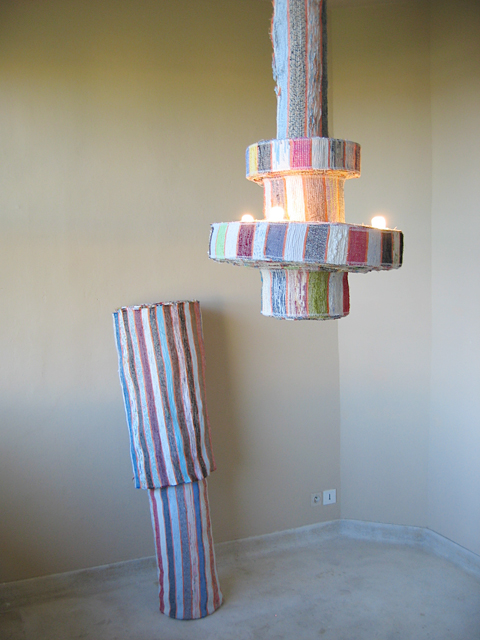 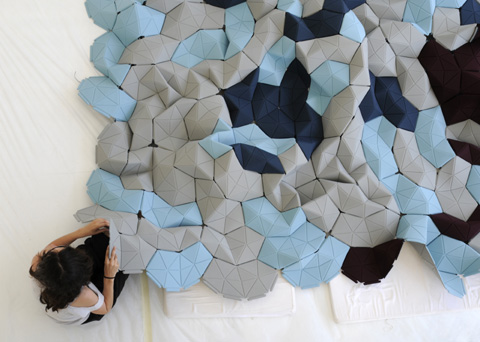 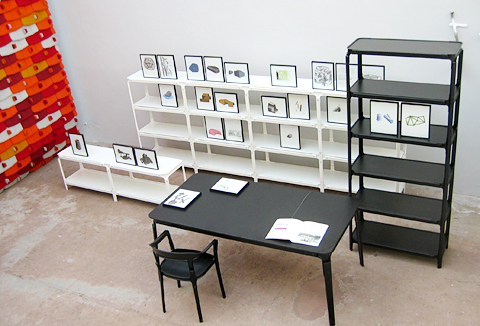 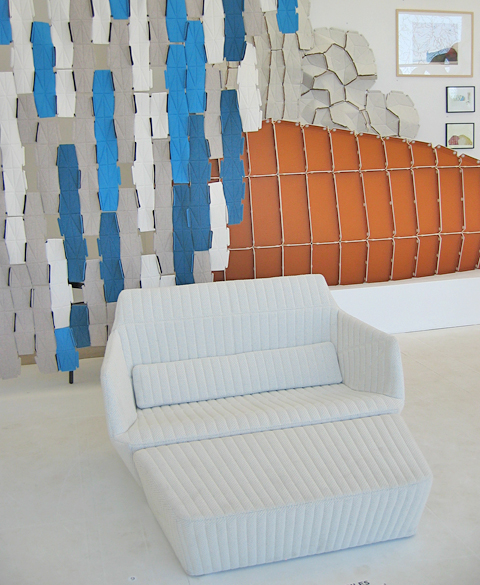 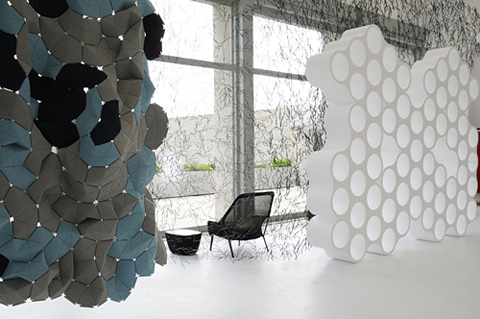 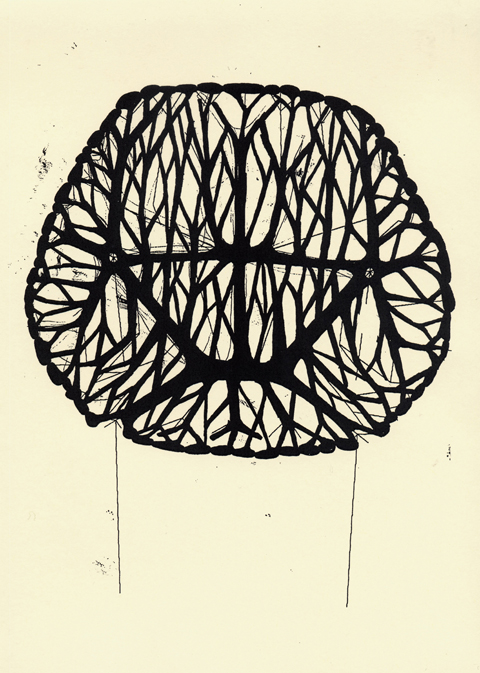 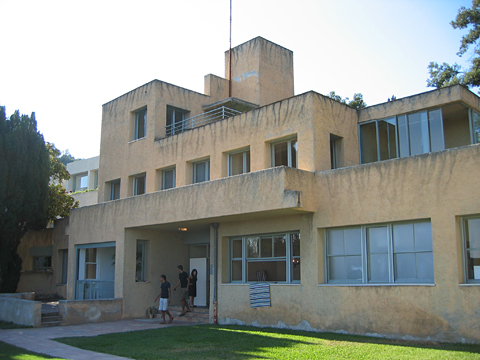 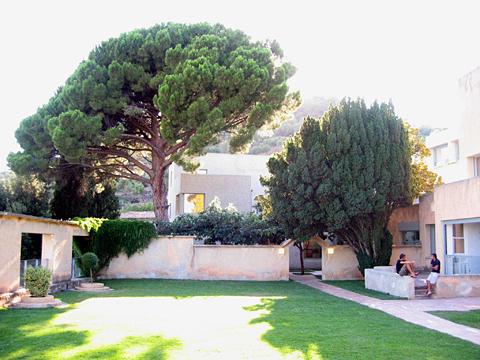 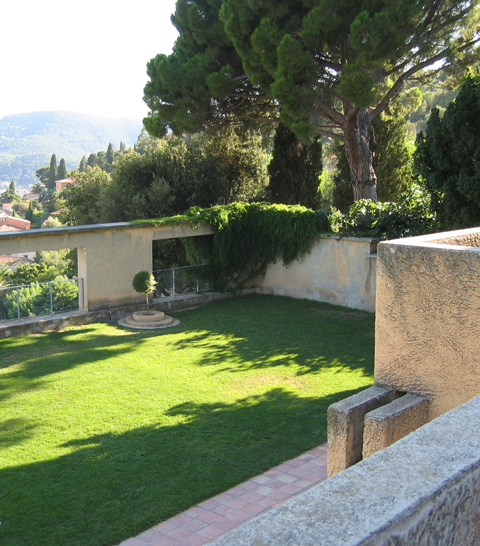 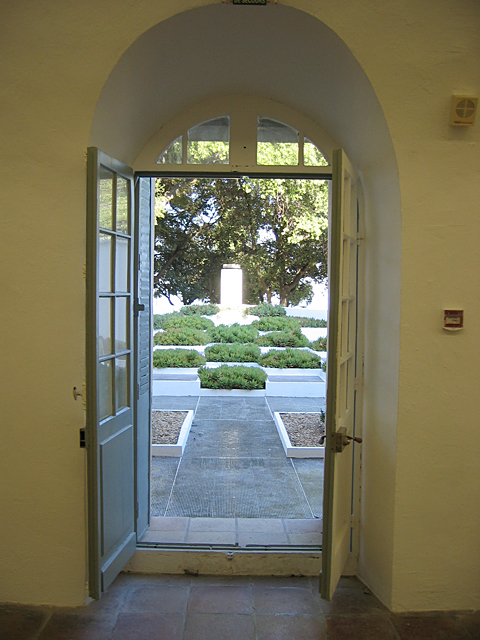 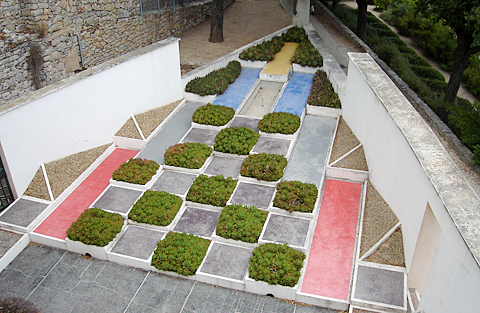 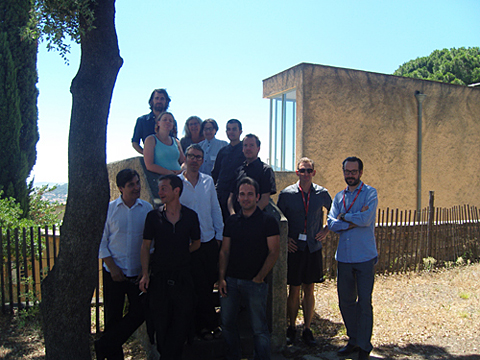 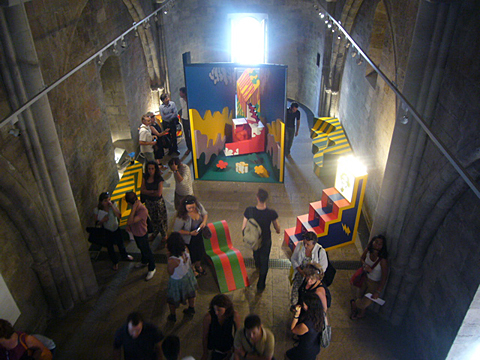 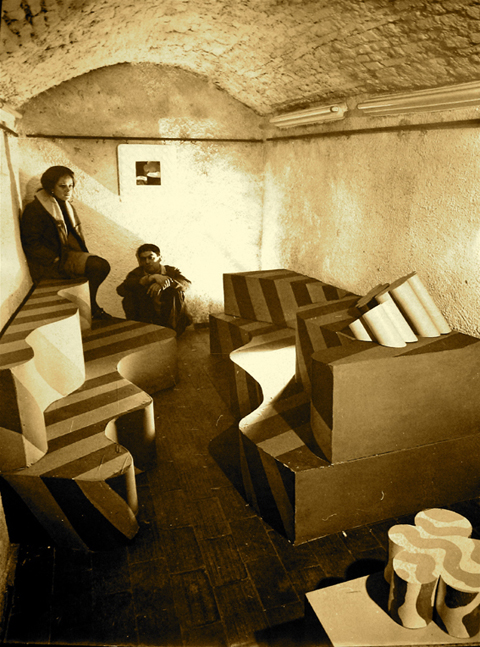 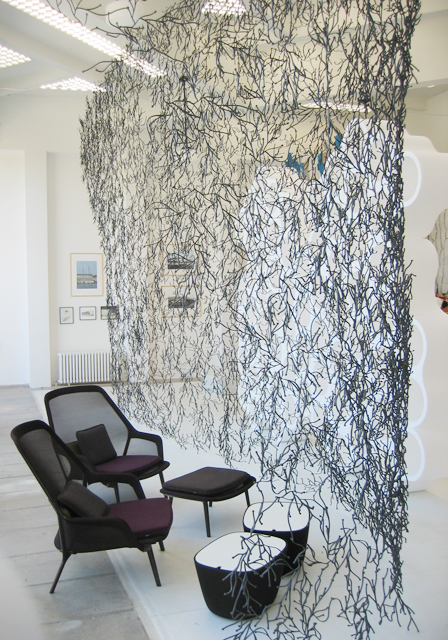 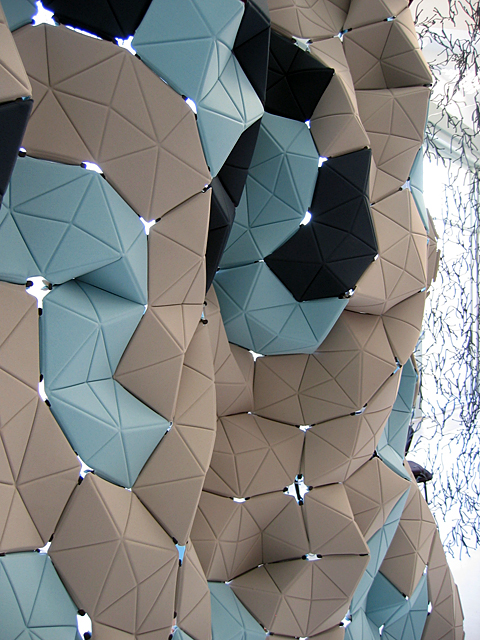 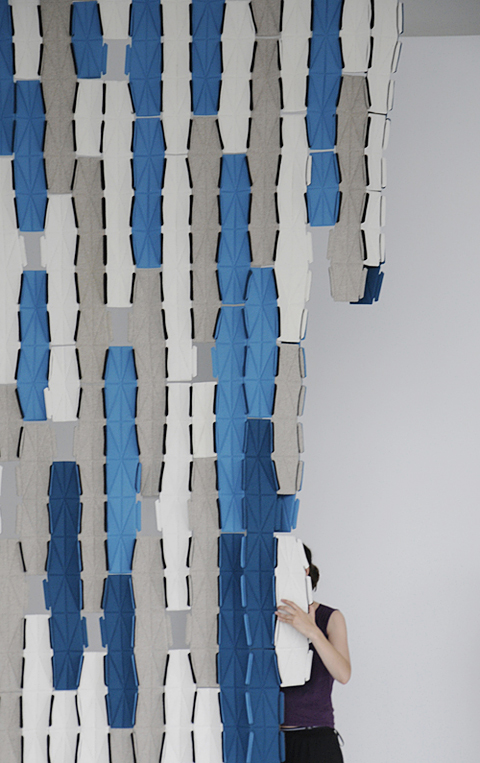 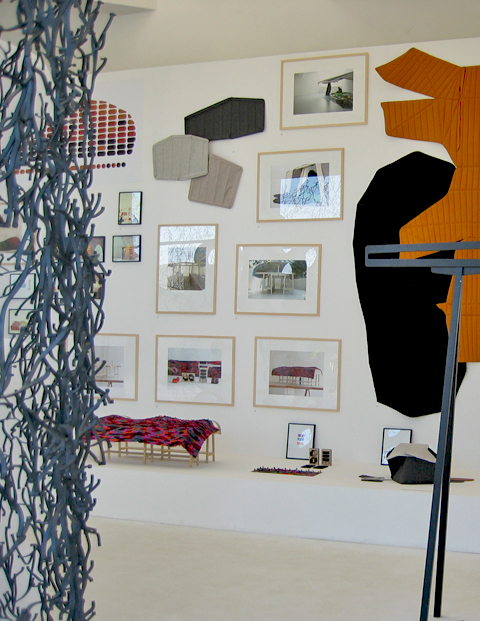 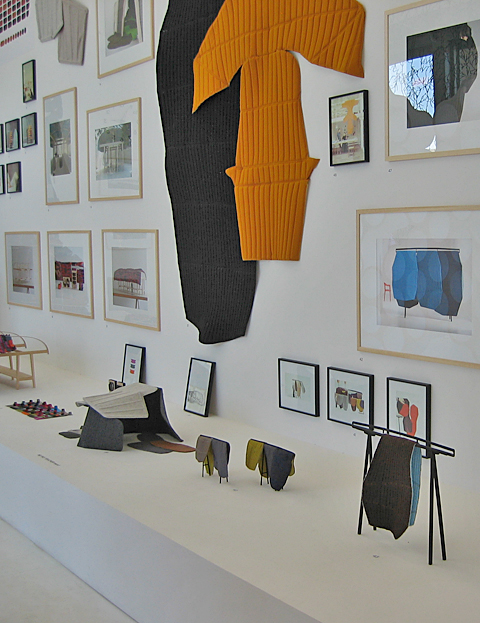