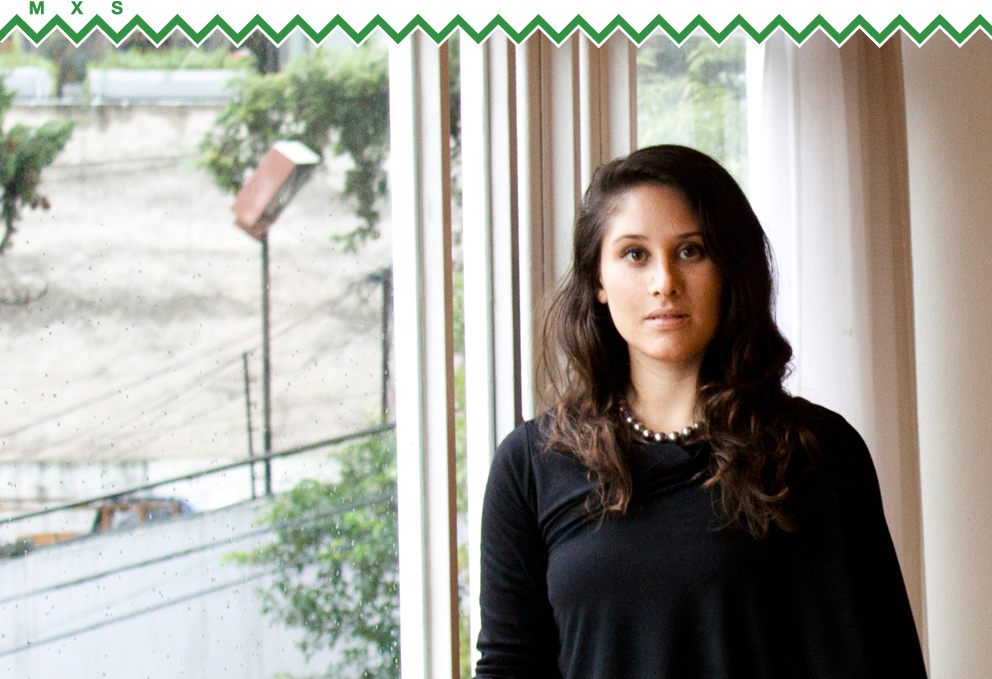 Regina Pozo Ruiz, director of the Archivo Diseño y Arquitectura. Photo © Archivo Diseño y Arquitectura
Like Luis Barragan’s House and the Labor Gallery, the “Archivo Diseño y Arquitectura” is located in a quiet street in an ostensibly working-class district Tacubaya of Mexico City.
According to the archive, the young space was founded by Fernando Romero (of FR-EE) in keeping with his thirst for creating. “A public body of work that could be shared with the general public who haven’t had access to objects already valued in other places of the world and kept there in different collections and museums. After three years of intense and systematic collection, Archivo was developed as the due framework in which to present the collection publicly,” Pozo explains. Since first opening, the institution has been devoted to researching, collecting, exhibiting and disseminating design. The Archivo writes design with a capital D to emphasize its significance.
Today, the increasing attention on design reveals the global wish to understand what design does for us and most importantly to us. It’s an issue that can only be addressed from a local perspective. To find out more about why and how the Archivo in Mexico City intends to become a reference for the discussion of design in Latin America, we talked with its director, Regina Pozo. 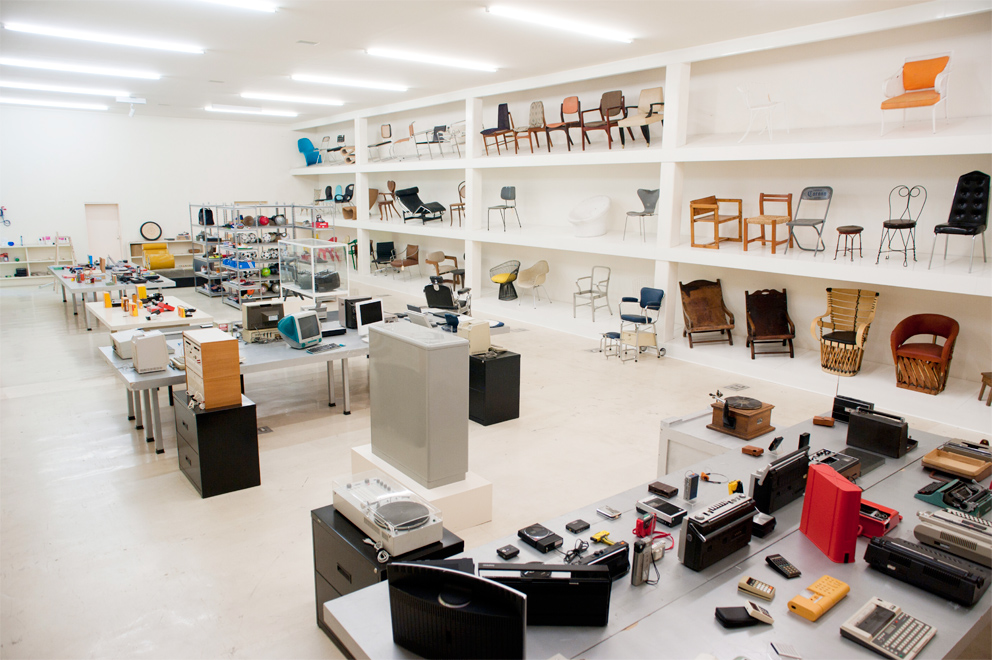 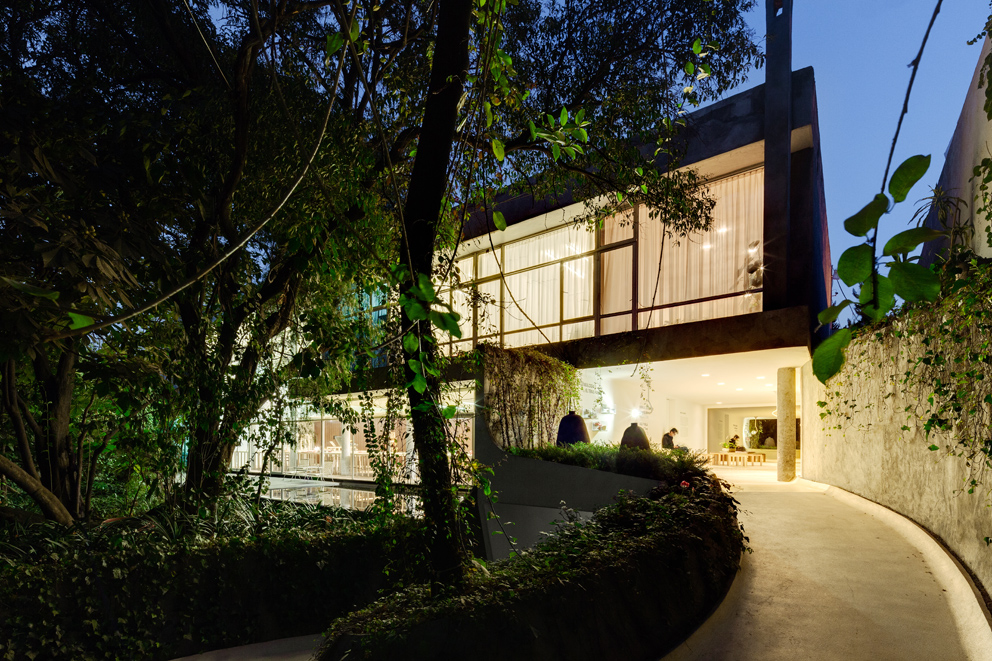 The Archivo Diseño y Arquitectura in Mexico City. Photo © Rafael Gamo
Isabel Martínez Abascal: Archivo seems to be a platform that functions as a halfway house between museum and lab. How do you reconcile the two?

Regina Pozo: We are too young to consider ourselves a museum. We prefer to operate on a small scale because such a dimension allows interesting and dynamic collaborative projects and these have shaped the way we at Archivo work. A more appropriate label for us would be a collector’s house open to the public.

When did items of industrial design used in everyday life first go on display as artworks and what do you think of this phenomenon?

We recently organized an exhibition entitled “The Eye Collection, the Dark Side of Design” where we revised the collection of design objects, which is still a very young field. It first gain momentum in the 1980s, when historical design started to be valued and marketed. Three decades on, the collection of exemplary items of design can still be considered an adventure as there are so many different niches which still need to be preserved for posterity. This is why it is important to promote design collecting (and this also implies exhibiting) as an important cultural activity that is likewise an historical responsibility. 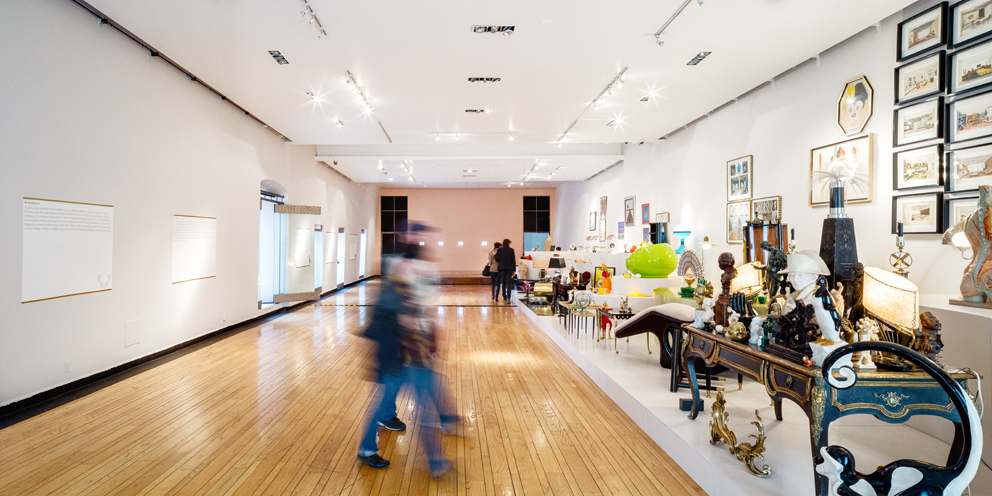 The exhibition "The Eye Collection, the Dark Side of Design" in November 2013 in the Archivo Museum. Photo © Rafael Gamo
Regarding the display of design in museums and exhibitions, the Museum of Modern Art (MoMA) pioneered this type of revaluation the objects of everyday life with a variety of strategies, such as competitions and exhibitions – for example the “Organic Design” exhibition of 1941 or “Good Design” ten years later. Clara Porset embarked on her own attempt here in México in 1952 with “Arte en la vida Diaria”.

Pictures from the catalog of the exhibition "El Arte en la Vida Diaria" curated by Clara Porset. Photo © Clara Porset
How do you support young designers?

We promote the spread of design culture and engaging young designers in critical dialog. We also devote much energy to a critical review of our own sector as we always vigilantly follow what is going on.

We often speak of Nordic or Swiss design. What are we talking about when we speak of Mexican design?

Our contemporary face has not yet been clearly defined. Archivo is trying to describe the prime aspects and competitive traits of our output in an effort to help establish a less trivialized “brand” that highlight the creative potential of Mexico. Thus far we only have concepts, collaborations and high-end craftsmanship.

What is the relationship between craftsmanship and design in Mexico?

Mexican culture hinges on the handmade. It’s the obvious way to produce things here in Mexico because of the abundance of craftsmen; this is an asset we need to explore further and then market better than other design traditions. Without doubt, there are other ways of talking about design but the crafts aspect is still deeply influential among designers and in industry, because in the Mexican context design has mostly been a matter of small series, one-offs, and handmade objects. In this light, I believe the only true industrial design is actually our local design, whereby I am of course generalizing.

What kind of materials, details, and concepts inform Mexican design?

In terms of materials, Mexican design stands out for the intelligent use of our natural resources, and our geography blesses us with many. Local designs also attest to skill in adapting industrial materials to crafts production or low-tech industrial processes. This basket, for example, is a series product (it is currently no longer made) that combines an industrial material (wire) with the intelligence of hand craftsmanship. It is collapsible and because of the way it is made its shape can change as required. 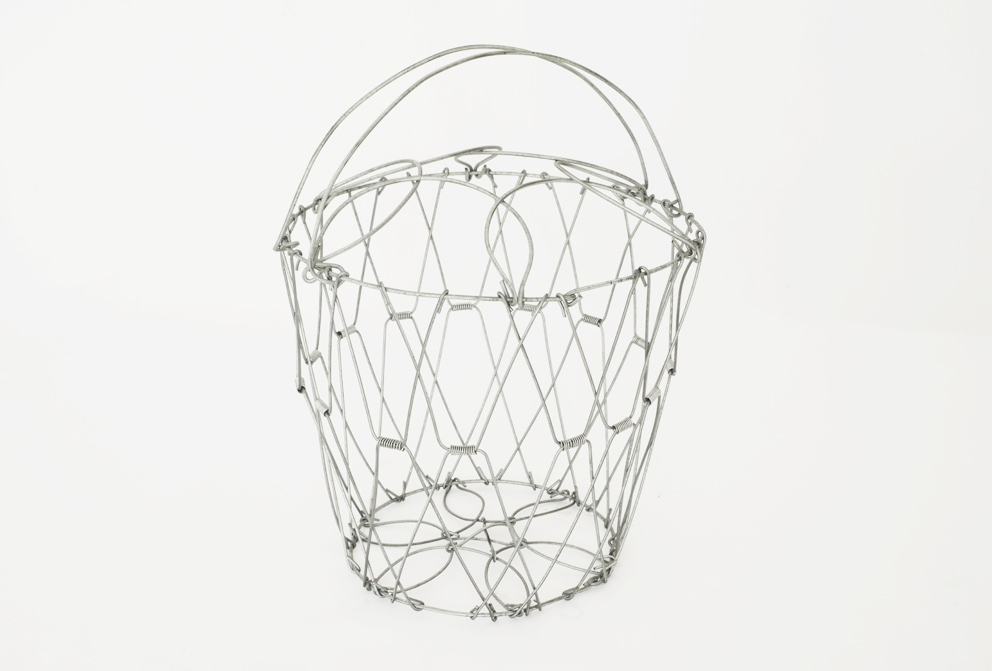 Hand woven basket made of wire. Photo © Archivo Diseño y Arquitectura
How has Mexican design changed over the last decade and why – and also from Modernism onwards?

Modernism has been the best example of Mexican cultural output in recent history. Modernism was well absorbed here by young professionals who were establishing their own approach derived from the local context and reflecting local issues and requirements. The integration of plastic led to an ongoing experimentation, added to which there was the input that various foreigners working here: Clara Porset, George Nakashima, Don Shoemaker, Michael Van Beuren, Po Shung Leong just to name a few. 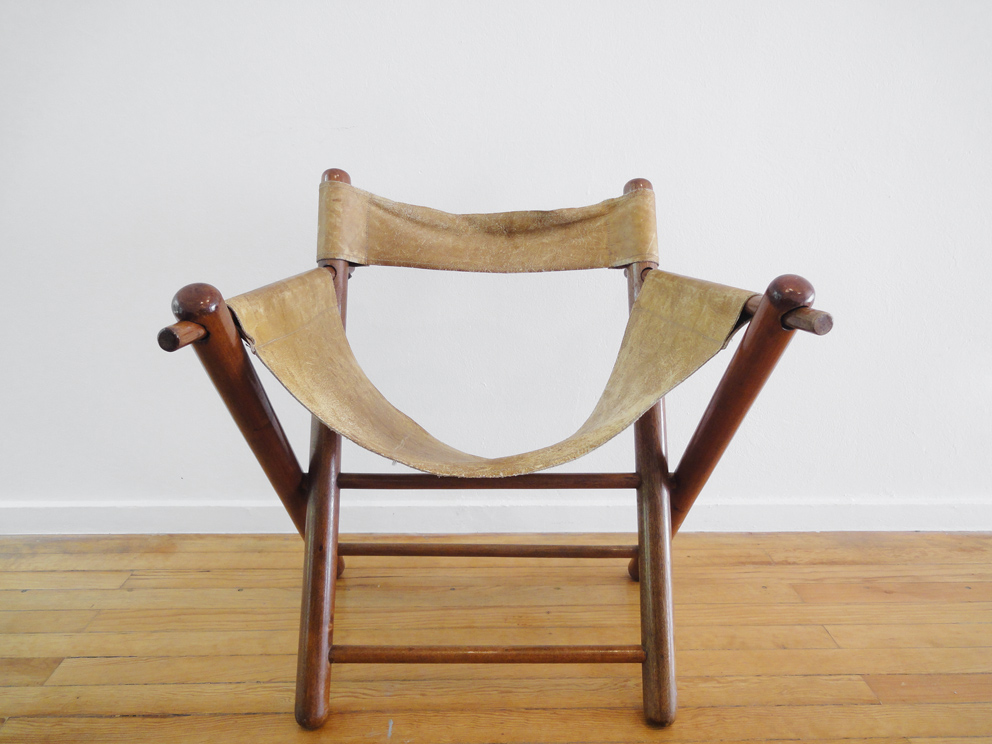 The "Hacienda chair" by Po Shung Leong. Photo © Archivo Diseño y Arquitectura
Prior to that, and with the 1968 Olympic games as the turning point, the economic and political upturn enabled Mexico to expand the value-added chain and emerge as a manufacturing nation. Pedro Ramírez Vázquez is a good example of a true designer of the epoch. Horacio Durán and Oscar Haggerman started to do interesting work that has shaped the way we understand Mexican design today. 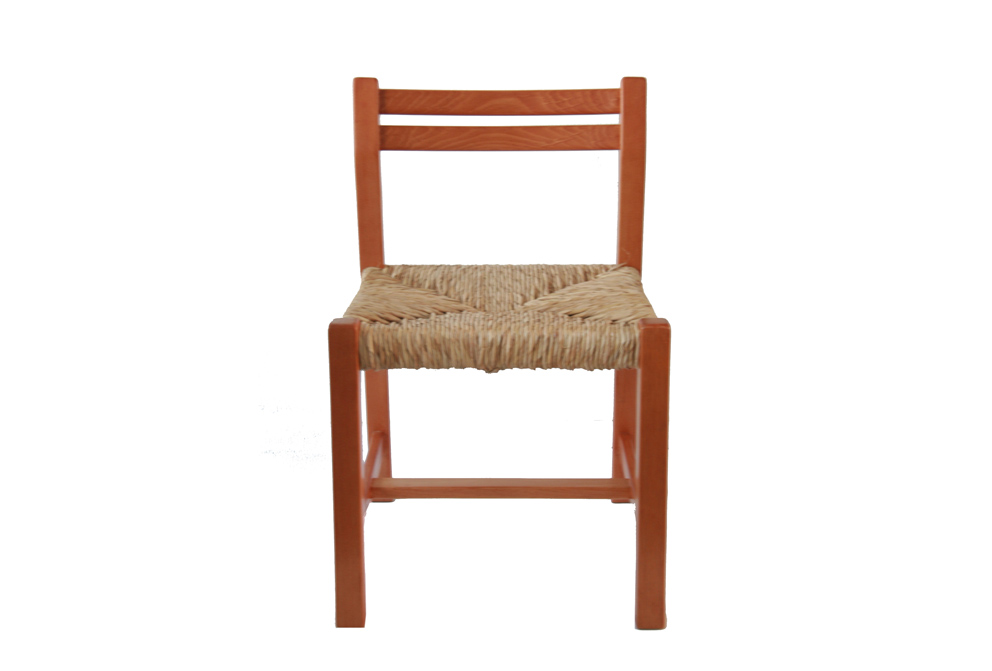 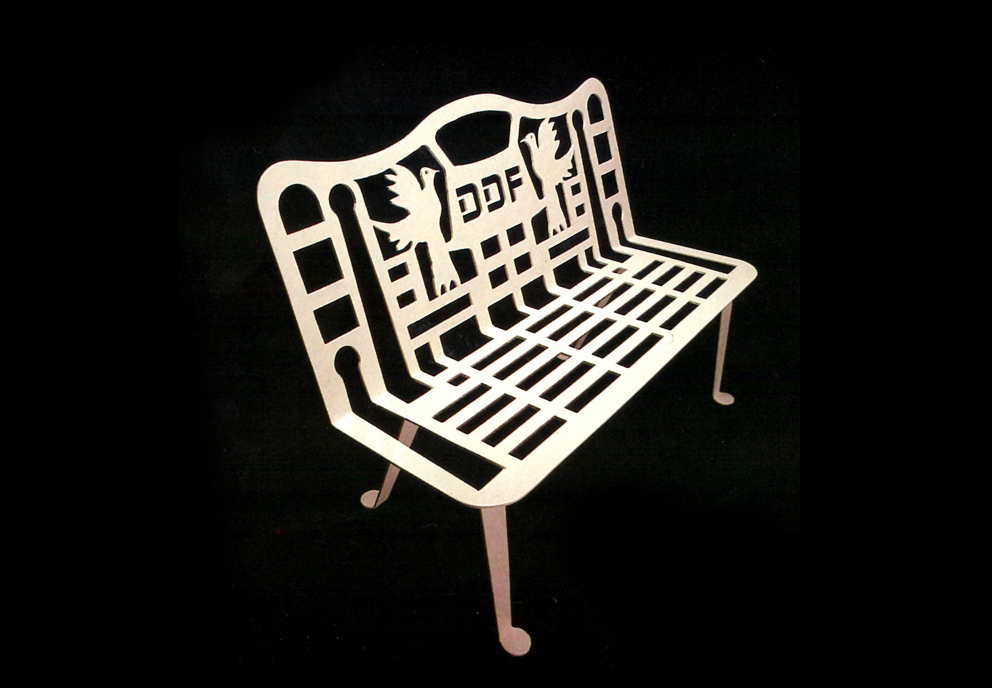 Bench by Pedro Ramírez Vazquez. Photo © Archivo Diseño y Arquitectura
During the 1990s, it became a commonplace to talk about Mexican design, making it a superficial reference. Now we are at a point when we can establish our own rules and not simply try and repeat or copy other contexts.

What is the average Mexican’s everyday relationship to design and how do you address it?

It is not very pronounced. And this is what Archivo is trying to rectify. Showcasing an ABC of what has been considered good design to be able to start the conversation from there.

Where is Mexican design at present and what are its prospects?

While tradition, geography, social context and local habits are strong influences, creative minds here need much more expertise in the global languages of marketing and business. Mexican design is well-known, but not necessarily for the reasons we would like. “Fabrica Mexico” is a successful example for a world class brand, selling products for a luxury market with the handmade “Hecho en México” stamp. But real contemporary Mexican design is probably something taking place in my generation and the next one, that of the under-30s. We are less restrained in articulating discourses that matter in the global context. I am part of the Internet culture and would love to think this is shaping the way design is done and conceptualized.
Regina Pozo Ruiz, born in Mexico City 1985, studied Art History at the Universidad Iberoamericana. She is currently director and chief curator of Archivo Diseño y Arquitectura and a member of the Council of the Abierto Mexicano de Design (AMD) among other curatorial projects.
Advertisement