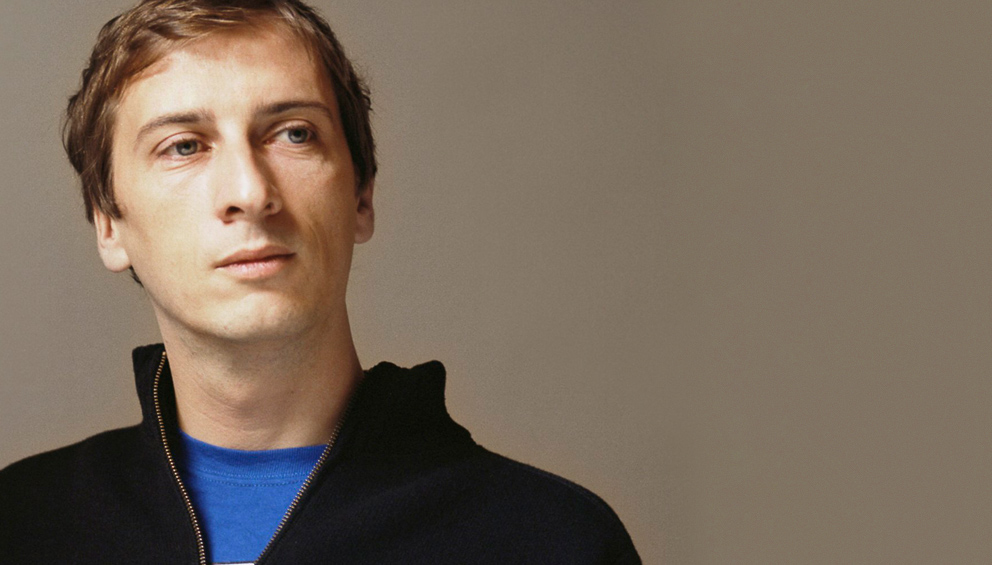 Martina Metzner: You’ve already designed various items for Ligne Roset. And now a sofa, too. How did that come about?

Philippe Nigro: We discussed what was still lacking in the collection. This led to the idea of manufacturing an especially comfortable sofa. At some point we had the idea of the skin that encases something, by way of natural protection. It very much fits the Ligne Roset spirit and mindset. They have consistently produced sofas that were especially low and comfortable, such as “Togo” for example. I respected that know-how, Ligne Roset’s core expertise, and transferred it onto current standards and requirements. To my mind, it is the most important piece I have designed for Ligne Roset to date.

When it came to creating “Cosse”, what special requirements were there?

For “Cosse” I played with the contrasts, between future and past, tough and tender, rigid wooden legs and very soft upholstery. It was very important to me to make certain the foam was especially soft. Ligne Roset are past masters in upholstery. For “Cosse” it is not simple foam that is processed, but foam rings that are interlocked. A highly complex system.

The “Ploum” sofa the Bouroullec brothers created has a similar thrust in terms of both formal vocabulary and seating comfort.

Yes, the rough direction is the same, there’s a touch of the bowl about it. And it likewise seems to hover, making it appear light. That said, “Cosse“ has a clearer structure, has a well-defined seat, arm- and backrests, while “Ploum” functions more as a kind of island, is less structured.

Will the series be expanded, perhaps to include an armchair?

Possibly, so wait and see. Although as an armchair it might be too expansive. But there is a pouf, which while not yet on show at the imm cologne has already gone into production.

What is it like to work with Ligne Roset?

It’s always a great experience. It’s a highly competent company, especially as regards upholstering. I learn an awful lot from them. And we eally like each other. I collaborate with Michel Roset. He’s the one of the four Roset brothers who focuses most on product development.

You’re French, but you mainly work and live in Milan. Does the collaboration benefit from the shared cultural background?

I now spend about two thirds of my time in Milan and one third in Paris, meaning I’m commuting a lot. For many years I worked for Michele De Lucchi before going independent in 2003. But I wanted to stay in Milan at all costs as I really get a lot out of the city. Even if I studied in France, the real school of life for me was collaborating with de Lucchi. I feel very enriched to have these two visions, the Italian one and the French one. I feel Ligne Roset is the French brand that most closely approximates Italian design. Also because they are so very innovative, try out all sorts of new things. While of course also offering more classical items. There are few makers in France whose collection boasts both “design” pieces and more middle-class styles. To my mind, Ligne Roset is a past master in this combination.

You collaborated with Michele de Lucchi for 12 years. Did you absorb some kind of “design principles” during that time?

Most certainly. Namely to try with every new project to start out anew. De Lucchi doesn’t shy away from abandoning a project if it isn’t working out, and instead simply starts again. That I internalized, not to mention the kind of research, the sense of curiosity.

Around 50 of your products are listed on Stylepark. And these designs evidence a wealth of different shapes and approaches.

That I also learned from Michele. The designer’s role is of curse to create something that is comfortable and functional. But also to grasp for whom and with whom you are working. I made “Cosse” the way it is because to my mind it fits Ligne Roset. I used the same principle in my work for Hermès. That’s how I work: I try to grasp who Ligne Roset is, who Hermès is, what goes to make up these brands, their respective DNAs. I don’t think it’s good if you can always discern what designer is behind a particular product, i.e., that the product bears a specific signature.

I did find one element that repeatedly crops up in your work: Blinds. For example for “Flax” or “Stripes” for Ligne Roset or in “Nuage” for Foscarini.

Indeed. And then there’s interlocking sections. I have used both elements in quite a few products. But I don’t want to be pigeonholed in terms of them as otherwise one day that’s all I’d be able to do. It’s one of the themes I research, and even if I’ve used the elements for a few manufacturers at some point it will become boring, won’t it?

What have you done for Hermès? What was it like working with them?

Marvelous. Truly marvelous. It was a matter of small items, small tables, mirrors, little boxes. There are few firms that engage in so much research on the materials and products. And what’s so marvelous about Hermès is that you get to work with such great materials. With solid wood, metals, leather, crafted by hand, sewn. Now that level of finishing, quality, craftsmanship, that’s unique to Hermès. Once upon a time that was the norm. Hermès has so much quality, but equally wit and irony. Albeit not manifestly so. There are many concealed aspects, functions, highly elaborate, and that’s the difference to brands such as Louis Vuitton. Immense effort goes into the details. I visited their archive in Paris. And it’s home to all the things that the founder of Hermès, Thierry Hermès brought back with him from his travels round the world. It’s incredibly interesting and entertaining to work with them, to immerse yourself in that world.

Final question: Could you give us a brief idea of your next projects?

They’re all things that haven’t yet firmed up. Vases for an Italian maker. And something made of Carrara marble. An installation for the Salone in Milan. And another item for Hermès.

Play area instead of furniture: With “Prado” for Ligne Roset Christian Werner has re-engineered the sofa.
(05 February 2014) 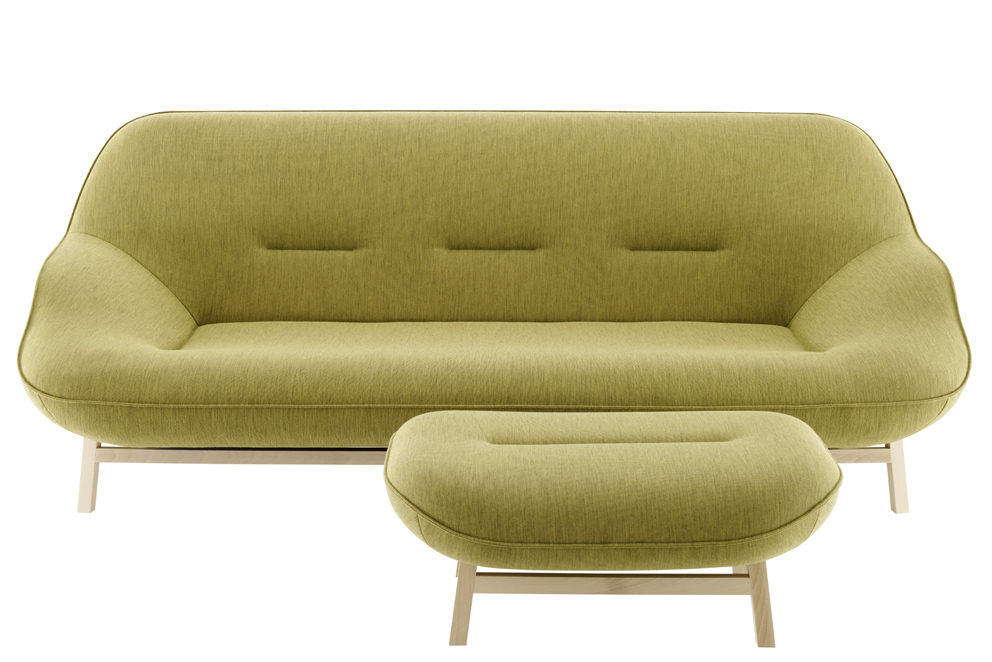 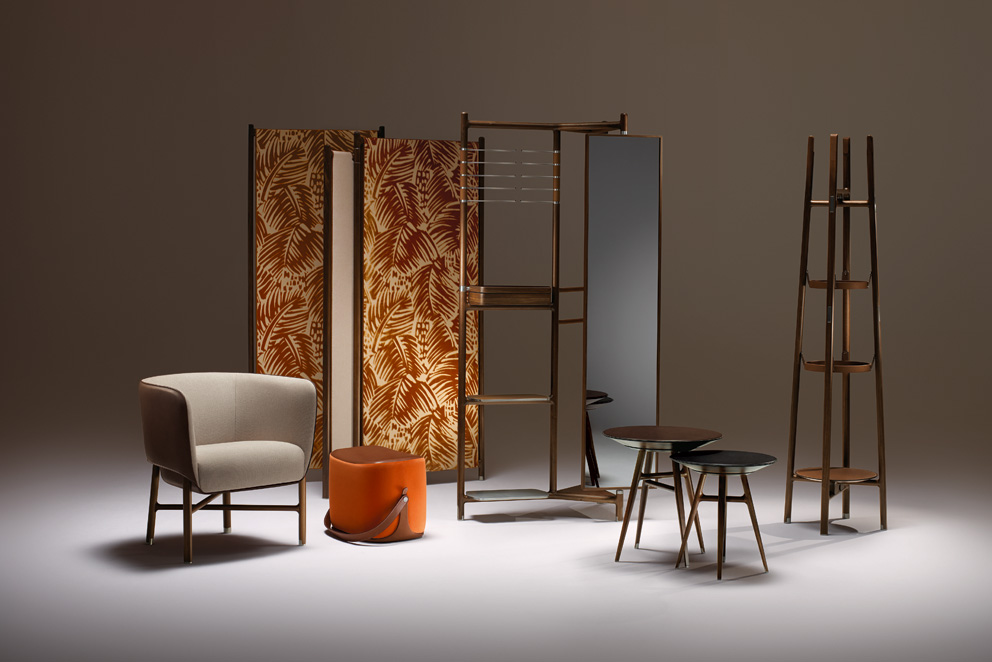 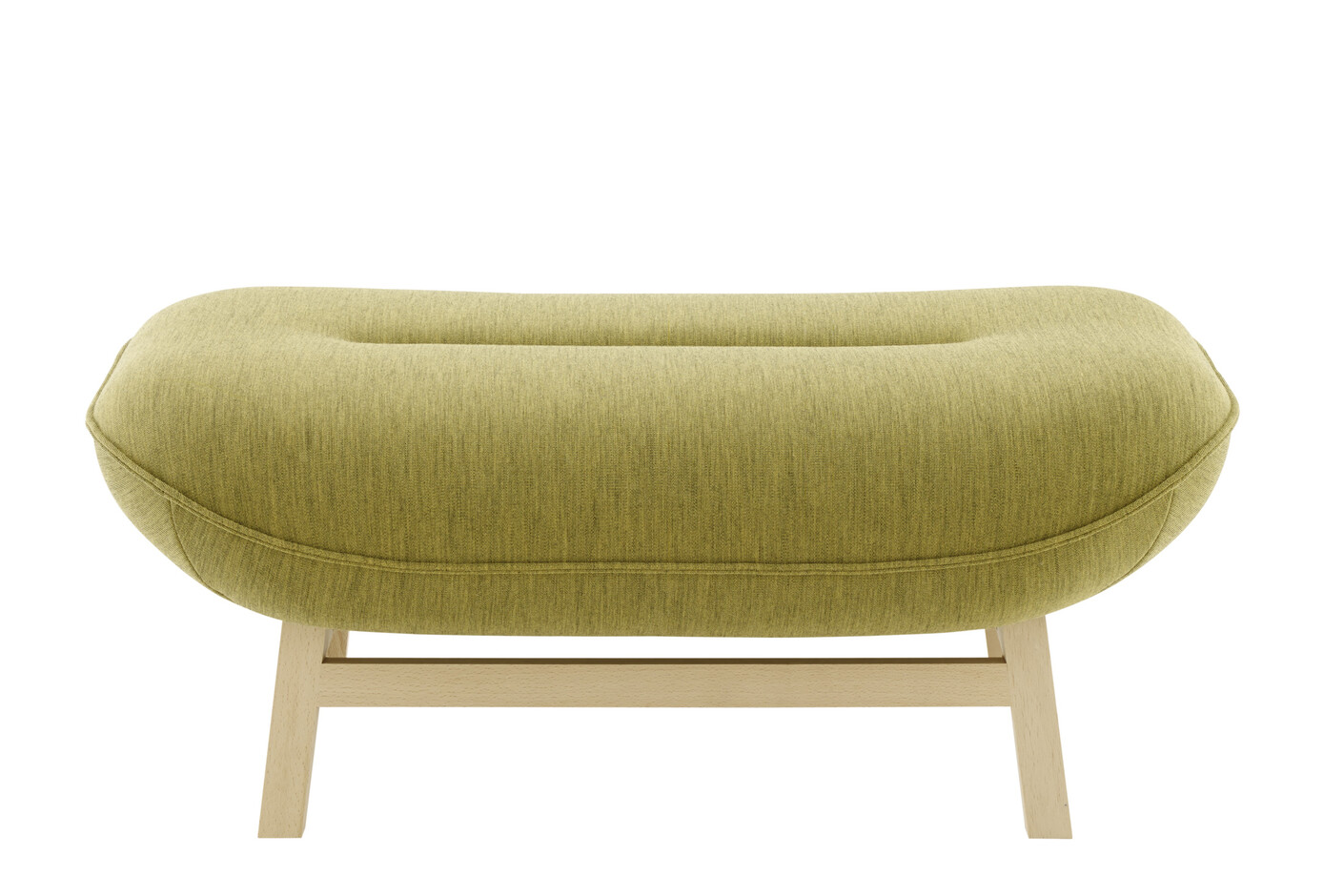 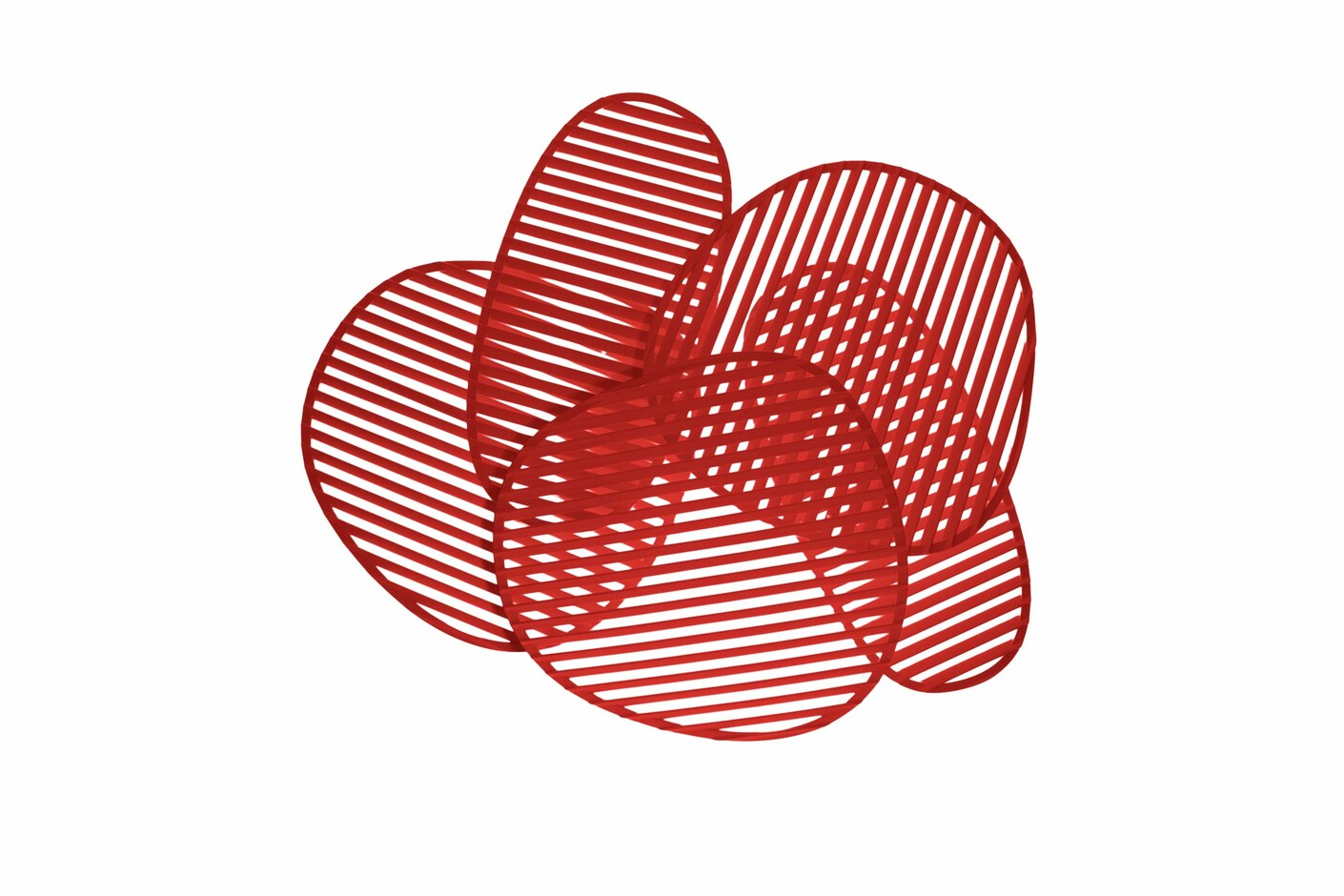 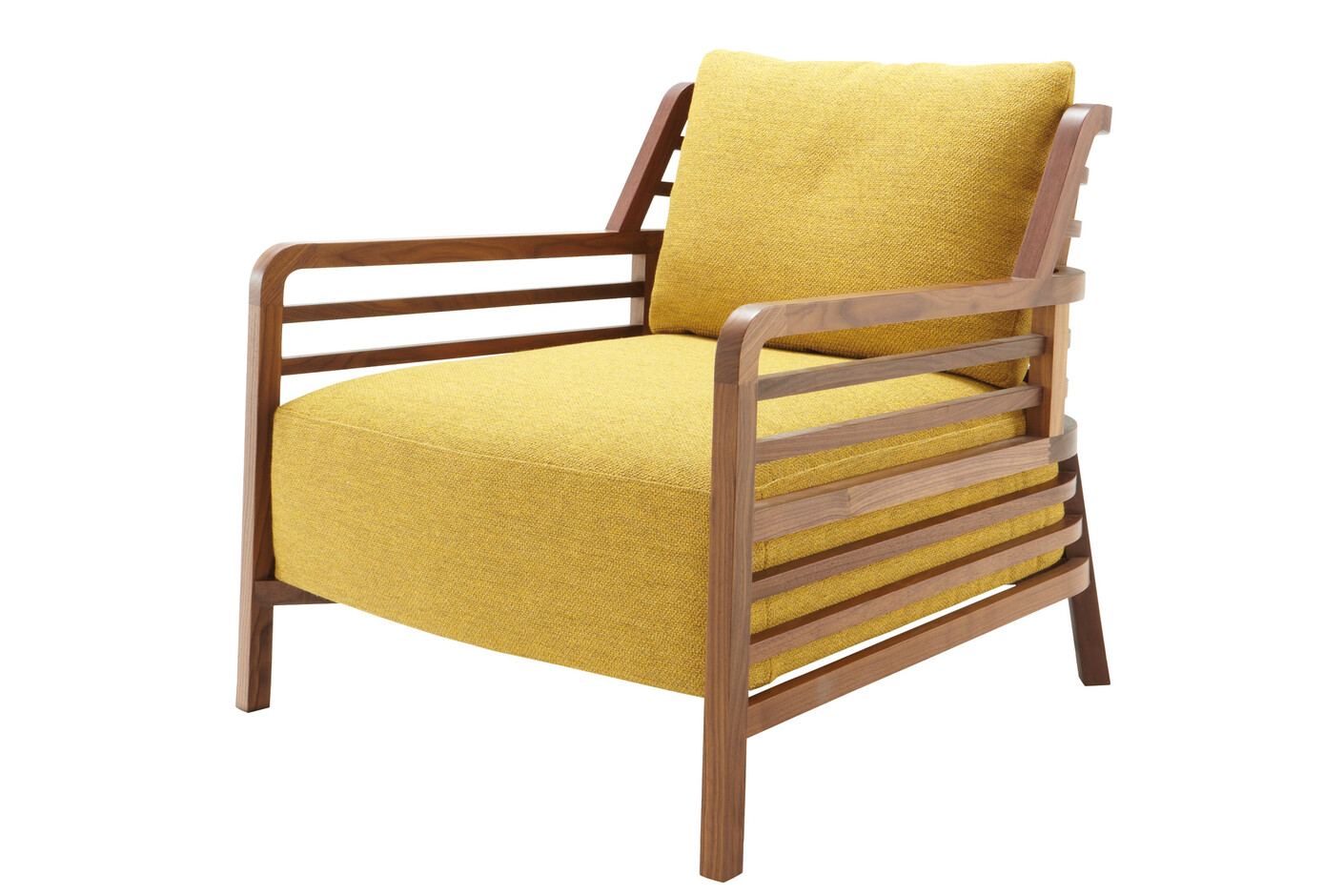 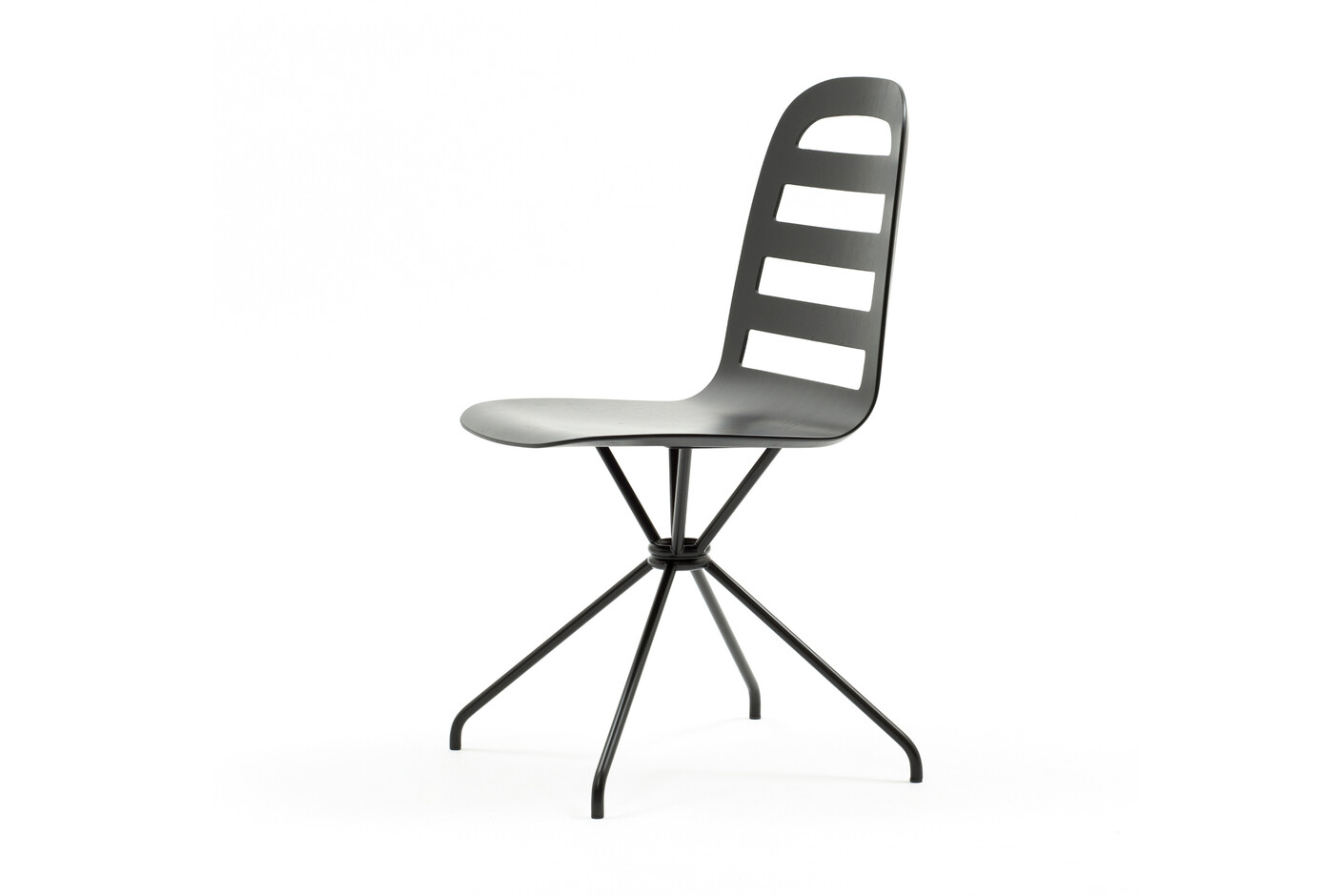 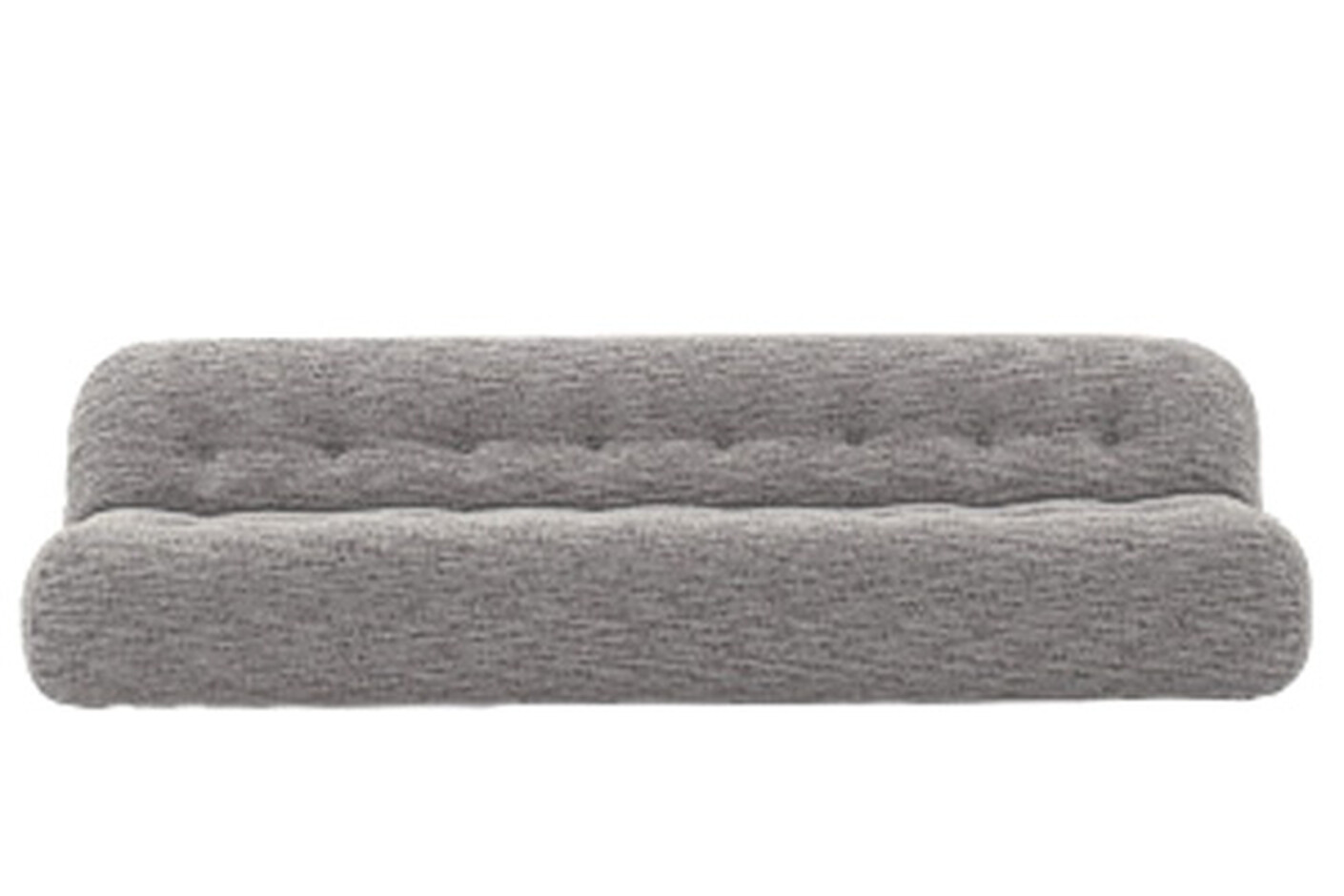 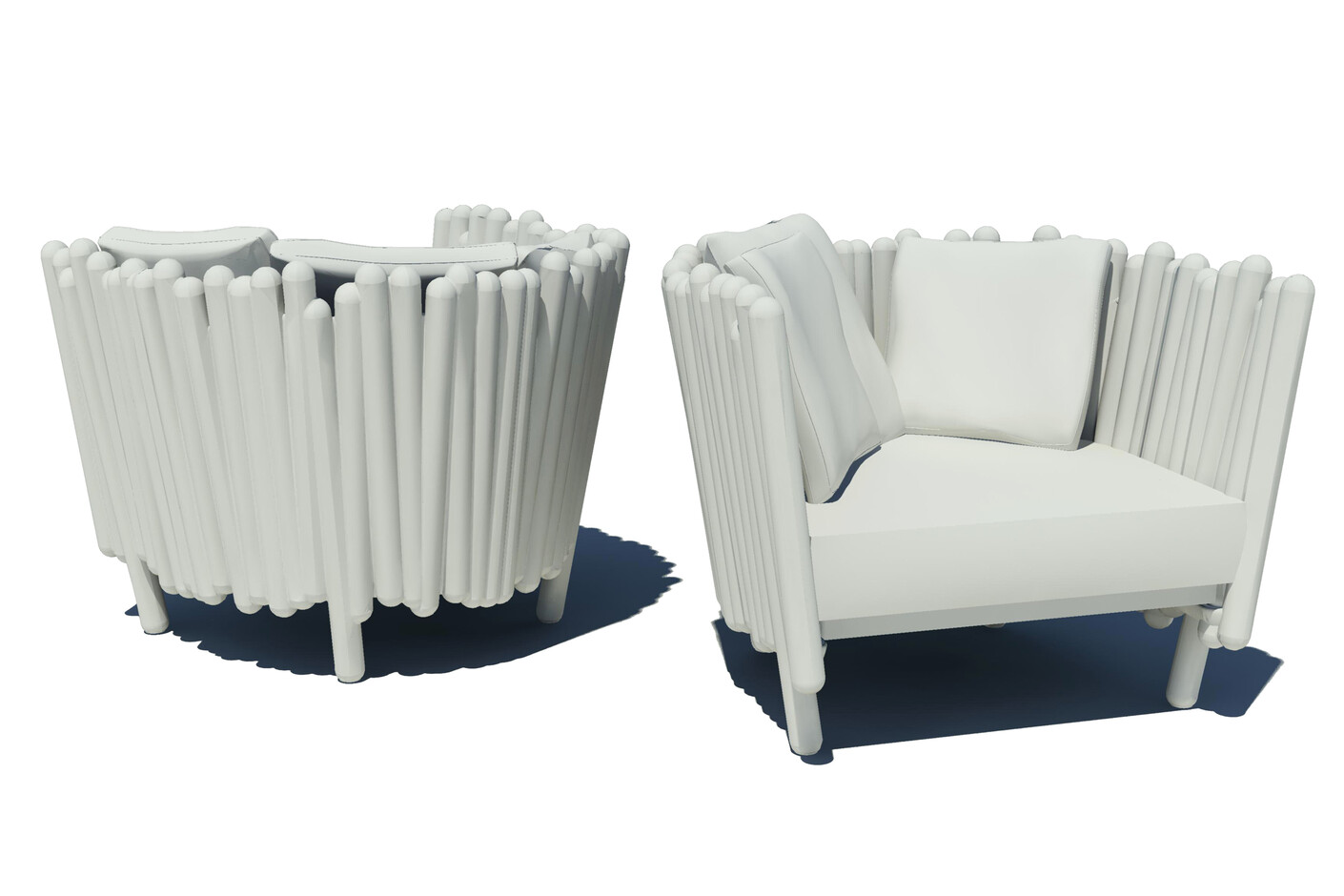