Every other year it's that time again: The gates to the Light+Building trade fair open up and there is, quite literally, light. Once again this year in Frankfurt the largest and most important light exhibition confirmed its pioneering role in a highly impressive manner. 2,154 exhibitors were there, two thirds from outside Germany: Major influential Italian companies such as Flos, Artemide, Luceplan, Fontana Arte, iGuzzini and Viabizzuno impressed just as much as the aspiring Spanish companies Marset and Santa&Cole. But it was once again the Belgians who came up with the most spectacular stands in the form of Dark and Modular Lighting. And it goes without saying the almost the entire design-oriented German light sector was there. For companies such as Ingo Maurer, Anta, Tobias Grau, and serien.lighting, being at Light+Building is a matter of course. In the Festhalle Zumtobel, Osram, and Siteco demonstrated their strength, the former for the first time with its interior brand Lighteriors.Reflecting the theme of this year's Light+Building the trend is quite clearly towards energy-saving technology. LED's were naturally enough the focal point of interest, but fluorescent tubes and solar power also played a significant role.
Despite some new designs it was clear that at this Light+Building the focus was primarily on the advancement and perfection of existing, or the development of new technology. One became very much aware of the fact that energy efficiency is a topic that the sector is addressing and discussing with great seriousness and innovative spirit: Whereas LEDs have just started becoming part of our everyday life, organic LEDs (OLEDs) are already paving the way for the next light revolution. Ingo Maurer's new luminaire "Early Future" reveals the advanced stage at which their development already is. It consists of ten rectangular OLED tiles straight from the Osram laboratory. "Early Future" represents a decisive step from abstract OLED objet d'art to functional design lighting of the future.It has now emerged that the division between decorative and technical light is problematical. As such it was hardly surprising that these difficulties were also revealed in the way manufacturers were allocated to specific areas. And the introduction of an additional category, technical design-oriented bulbs, has not helped matters either. The question still remains as to whether classification of this kind serves any purpose whatever. For visitors they anyway do not appear to be particularly important. For the fair, however, structuring of this nature will remain necessary, not least of all as a strategic instrument.There were numerous examples oh how light has long since not been just light: Color light modulation has enabled ambiance to be purposefully controlled for some time now. Nowadays light concepts are devised dependent on the context. The same applies to ranges of switches and control systems, products that are tailor-made for individual requirements and situations. The switch manufacturer Merten demonstrated this by means of eight small towers designed by Studio Urquiola that playfully reveal different living situations and which in terms of design and function are allocated corresponding switches.Light+Building 2008 ends on Friday evening, once again leaving behind many positive impressions on the part of exhibitors and visitors. The world of light will keep on turning; where to we will find out next year at Euroluce in Milan - or at the latest at Light+Building 2010. 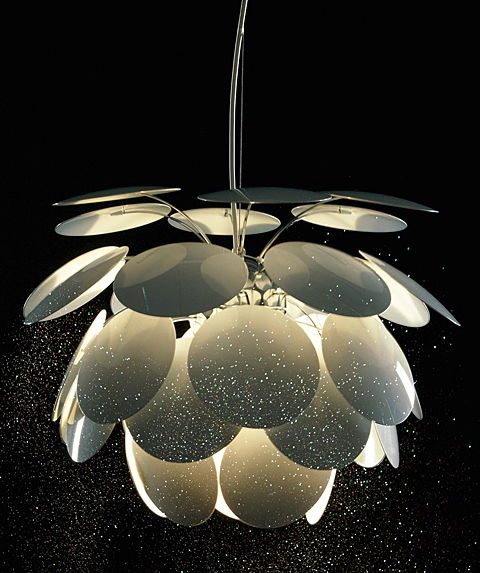 Discocó by Christophe Mathieu for Marset 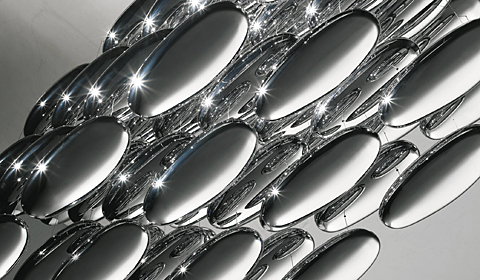 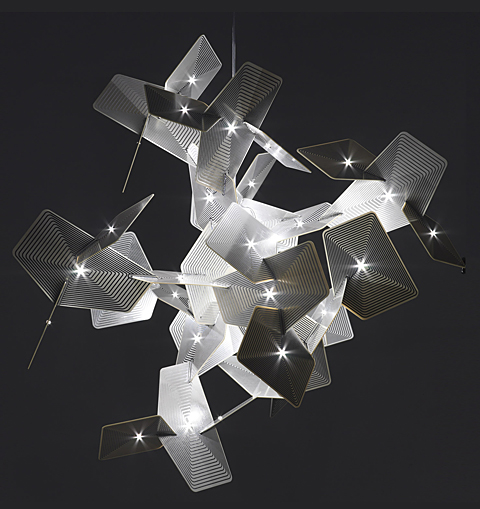 Cara by Andreas Ostwald for Anta 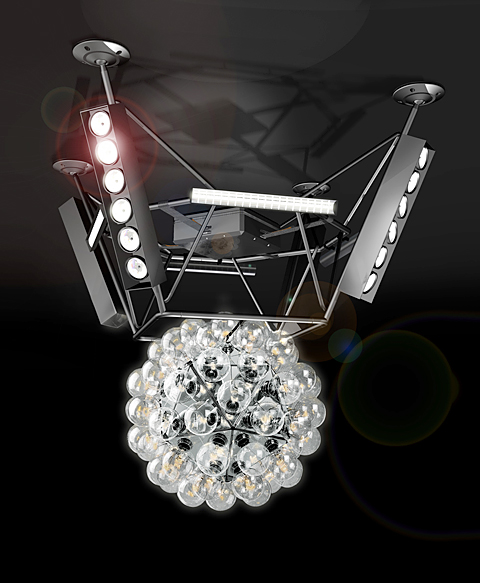 Lunar by Konstantin Grcic for Flos 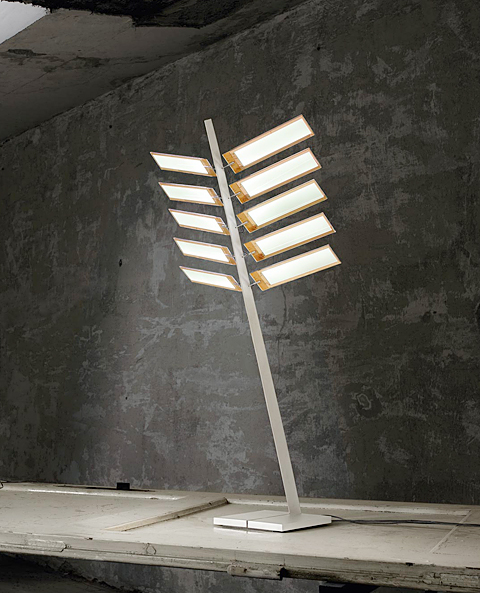