It turns out that it was well worth taking another, closer look. For hidden in the furthest corner was the real star of the “mindscapes for design” exhibition, which was held in Munich’s Alte Kongresshalle as part of “Creative Business Week”. In large lettering, “Look Twice” was plastered above the white, futuristic-looking showroom No. 6, which showcased design ideas by a number of young artists, each poised on a small, island-like platform. The thematic focus here was on multi-sensory objects, digital sensuality and spaces of tomorrow. “Look Twice” – these words must have really hit home with the visitors, for here a quick glance was certainly not enough to even come close to understanding the intentions and motivations behind these technologically inspired objects.

This was however not always the case, as seen in many of the other showrooms at the Alte Kongresshalle. The second “Munich Creative Business Week” (MCBW) primarily attracted exhibitors from the design world who were looking to launch their products on the market. Divided into three “topics”, “Inspired by Technology” (where we found “Look Twice”), “Sustain your Brand” and “Social & Cultural Needs”, the whole thing often felt more like a sales fair than an exhibition. Here a new e-bike made in Bavaria, there a couple of playful lamps, here some recyclable T-shirts with eye-catching slogans, there an entire room dedicated to Korean design.

With such a smorgasbord of things to see, stepping into “Look Twice” was like balm to the eyes: Behold, contemplate, observe your thought processes, hypothesize – take a deep breath. Curator Nadin Heinich from Plan A is the brain behind the “Look Twice” exhibition on intelligent materials and new technologies in the space. Her aim was to show the extent to which information and communication technology permeate every aspect of our lives today and the influence they could have on design and architecture of the future. Heinich is certainly no stranger to the topic; she has already gotten to grips with precisely these paradigms in her book “Digital Utopia” (published in 2012).

One of the highlights of the exhibition was Tom Bieling’s “Mobile Lorm Glove”. The glove is fitted with a network of pressure sensors and is thus designed to make communication easier for deaf-blind people by translating the “Lorm” hand-touch alphabet into text. A seeing person can thus read what they have said in the form of a text message.

Then we had Carole Collet’s surreal plants, which are capable of conducting electricity or even making clothes. “Synthetic biology” forms the thematic foundation of Collet’s works, in particular its potential for the manufacture of new materials. Her works look to a possible future far beyond digitalization and ask: Could designers of the future maybe even program the genetic code of plants? She regularly exchanges ideas and views with scientists in the course of her work.

Aurélie Mossé’s project “Reef” focuses on looking at technology and nature in a new way, namely not interpreting them as two diametric entities. She aims to develop architecture that enters into a reciprocal relationship with its environment, rather than isolating itself from it. The material, which is reminiscent of thin paper fans, responds to wind and temperature and in doing so constantly reinvents itself.

Speaking of the, in part, truly refreshing approaches taken by the young design researchers in their attempts to fathom out the potential of new technologies for the design world, Nadin Heinich said: “For me, strong works are those that really get the beholder to think and are more than just aesthetically pleasing. I hope to see more of this in the future. For when we ask ourselves what kind of world we want for the future, we shouldn’t simply look to the engineers to come up with all the answers.”

The theoretical foundation of many of the exhibits on show was probed and discussed further during a symposium evening, in which Stylepark was involved as a cooperation partner. There was certainly no shortage of questions: “What if buildings were devised as dynamic organisms rather than static objects?” Or: “How can we disband the boundaries between technology, design and architecture?” Those taking part in the discussion included Carole Collet, initiator of the Masters degree program “Textile Futures” at London’s St. Martin’s College; designer Moritz Waldemeyer, known for his LED installations and “wearables” for personalities such as Rihanna and Philip Treacy; climate engineer Thomas Auer; and Swiss architect Philippe Rahm.

In their professions they all consider how the world of tomorrow should, could and would look. Heinich: “Utopian approaches are important as a way of triggering new thought processes. We’re talking about technological developments that will have a clear influence on the architecture and design of the future and could well be a part of our everyday reality in 50 or 100 years.”

Within the framework of the MCBW, which otherwise proved to be rather business-oriented, this was certainly the right approach to lend more depth and variety to the overall concept of “Design in Munich”. Be that as it may, we are already hoping that for 2014 even more space will be dedicated to design theory, research for the future and off-culture.

The following publication forms the thematic backdrop to the “Look Twice” exhibition:
Digital Utopia – On dynamic architectures, digital sensuality and spaces of tomorrow 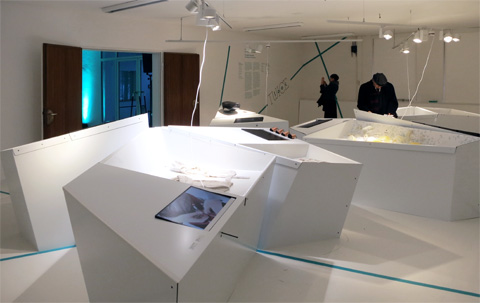 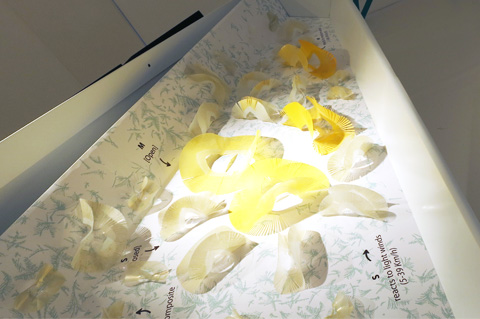 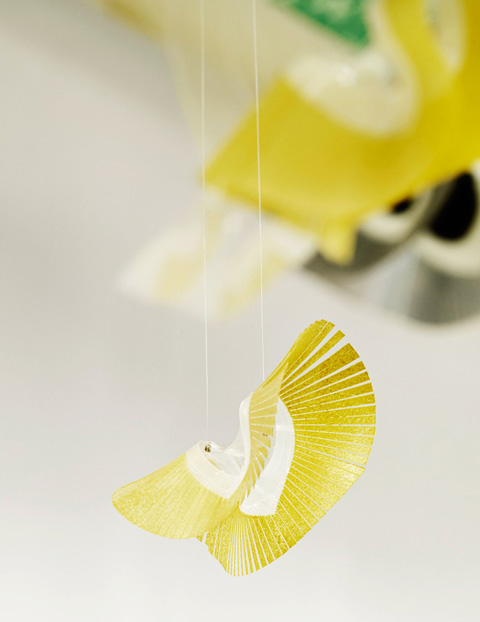 Textile designer and researcher Aurélie Mossé’s project “Reef”: The material responds to wind and changes in temperature and thus constantly reinvents itself. Photo © Plan A 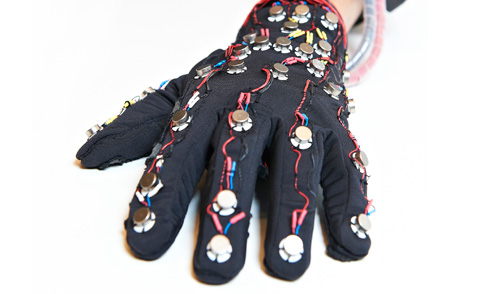 This glove designed by Tom Bieling is intended to help deaf-blind people to communicate by translating the “Lorm” hand-touch alphabet into text form. Photo © Matthias Steffen 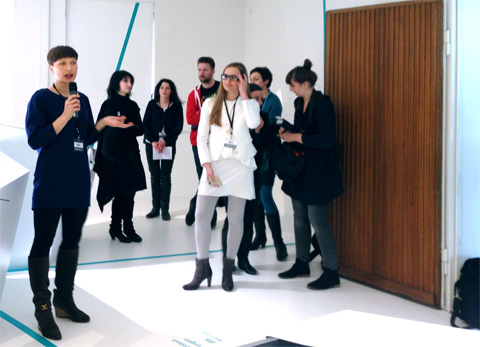 The visitors at the "Look Twice" exhibition talked a lot about design. Photo © Astrid Dobmeier 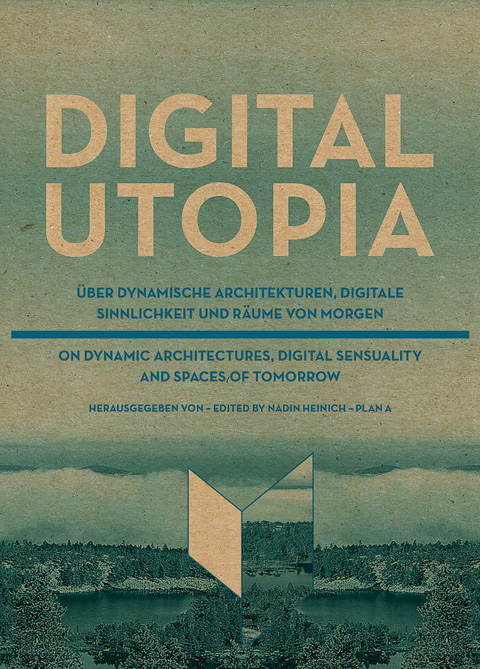 Nadin Heinich’s book “Digital Utopia” looks at the extent to which buildings are increasingly developing into adaptive systems that attune to user behavior and the surrounding environment. Photo © Plan A 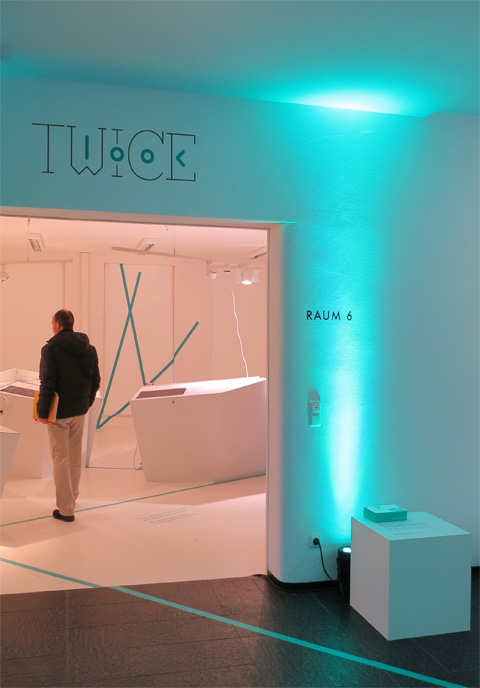 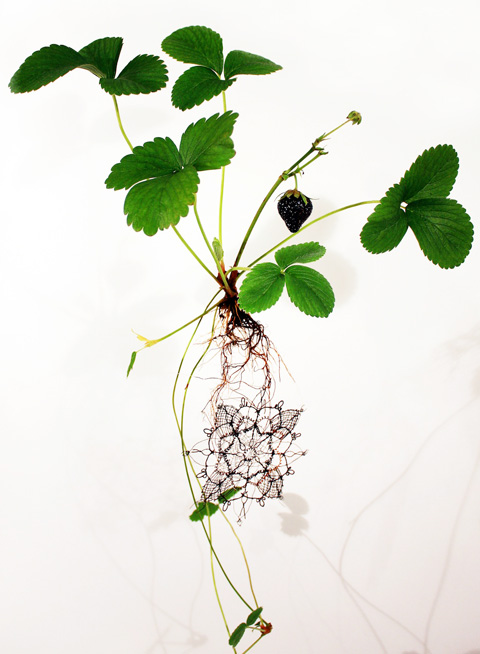 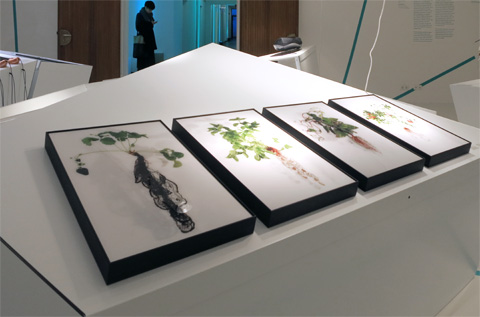 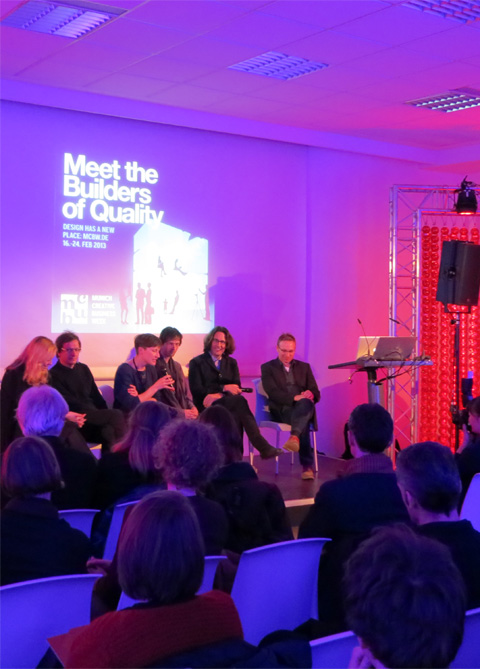 The discussants at the podium, photo © Astrid Dobmeier
Advertisement