Sometimes it is the small things that have a bigger impact on our everyday lives than do the mankind's great inventions. Usually they are virtually invisible, having long since firmly established themselves in our repertoire of habits, and are part of the routine we no longer question. Yet it is worth giving some thought to these small everyday items, discovering them afresh, reinterpreting them and in doing so re-composing this repertoire.

Though the great center-stage revolution was missing at this year's Salone del Mobile in Milan, on the periphery there were a few surprises revealing a fresh, discerning look at the everyday. One such unexpected opportunity presented itself in the new Alessi Shop in Via Manzoni, where, preceded by clamorous announcements, David Chipperfield's new folding chair was on show. However, garnering much more attention than the said prototype of this elegant chair made of recyclable polypropylene, where there is surely room for improvement in terms of comfort, were the small exhibition by the ECAL/University of Art and Design Lausanne and a series of LED luminaires developed in the Alessi Research Lab.

When lamp and luminaire become one

Unusual luminaires were lined up in a darkened intermediate room creating a small display of sparkling, glowing lights. In shape and size they recalled light bulbs presenting themselves as small flames, futuristic bubbles or shiny miniature crystal chandeliers. However, LED technology was behind these objects. Rather than looking for new luminaire types and shapes for light-emitting diodes, as many luminaire producers are currently doing with sometimes more and sometimes less success, the young designers Giovanni Alessi Anghini, Gabriele Chiave and Frederic Gooris took precisely the opposite approach, combining traditional luminaire forms with LED technology.

For example, "Paraffina" by Frederic Gooris, shaped like an old oil lamp and with 5.5 watts, exudes warm light. Here, the historical model's glass cover has been replaced by a similarly shaped elongated LED lamp. The lamp and luminaire become one. The LED desk luminaire "Ricordo" is a nostalgic take on the oil lamp; using porcelain it celebrates the memory of the past while the technology is very much in the here and now. Similarly, in the desk, wall and pendant luminaire "DR", designed by Giovanni Alessi Anghini and Gabriele Chiave with an eye to Dieter Rams' maxim "Less is better!", the lamp becomes the luminaire. Lampshades become superfluous, as the shape of the LED lamps assumes their function. "I believe this design project will pave the way for a revolution in the world of lighting," says Alberto Alessi. "It is as though we no longer need to hide these often ugly, boring and expressionless light bulbs."

Perhaps a revolution is in the offing after all! At any rate, the seven differently shaped Alessilux lamps produced by Dutch firm Foreverlamp are already on sale. At just over €40 a piece, yet offering an incomparably longer life and using much less energy than conventional lamps, the experiment has already proven it is not intended as a gag, but can truly enrich our everyday lives in a simple way.

A fresh take on the office world

Suitable for everyday use and surprising, albeit in a totally different way. Such were the items created during a workshop Alessi conducted with Bachelor students from the University of Art and Design Lausanne in fall and winter 2010, and which were displayed in the rear showroom in Via Manzoni. The objective of the workshop for 2nd-year students was clearly stated, namely, to create new everyday office items. Headed by Elric Petit, the students took an optimistic view of the work environment and everyday items for office use and produced humorous, elegant, emotional and functional objects.

For example, the pen box "Frana" by Christophe Guberan can be opened or closed with its swing lid. It conceals or presents its contents, crouches like a flat boulder on the desk top and is a silent daily assistant, which integrates itself modestly into its environment. Like a miniature flying saucer, "Spettro" by Matthieu Girel captures paperclips with its magnet, saving a great deal of time collecting them one by one. With its delicate, reduced forms, Isaure Bouyssonie's clock "Ora" hangs like a mobile suspended from the ceiling. Both hands on the number-less face extend jauntily into the air and alter the balance of the flying object. Not only the depth with which the students explored the various functions of office routine was impressive, but also the simple formal language of the objects. "Filo", for instance, by Marie Schenker, is an adhesive tape dispenser consisting of a simple piece of bent steel wire, which makes customary models seem like a nightmare. By contrast, "A4" celebrates the dissolution of material, by means of an idea that is as logical as it is simple: The outer walls of the wastepaper basket are created gradually by inserting sheets of paper into the special flat wooden base.

Whether all these reduced, attractive and simple objects for everyday office use at home or work will be realized is not yet clear. That said, Alberto Alessi hopes to see the emergence of a product range following a period of further development and consolidation of the workshop results. The glimpse behind the scenes of the Alessi brand – into the colorful collection of ideas from a lively field of research comprising workshops and collaborations – shows it to be the expression of a multilayered ideas hub that is captured in the eclectic "Enciclopedia Alessi" and is still going strong 90 years after the business was first established. Whether a folding chair by a star architect should necessarily be included is almost irrelevant. 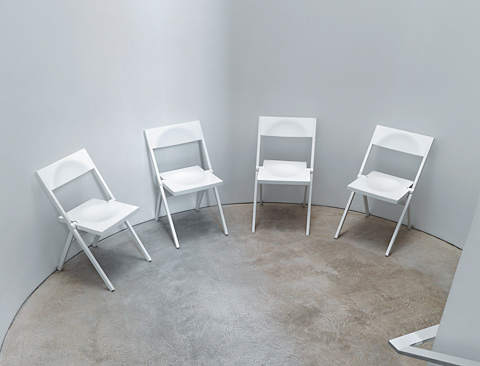 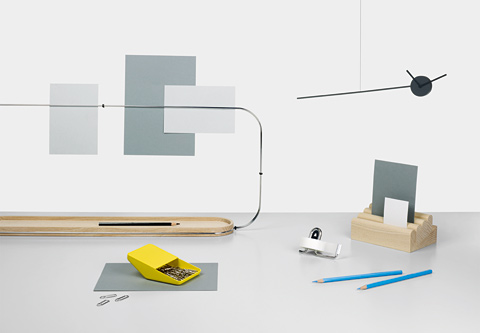 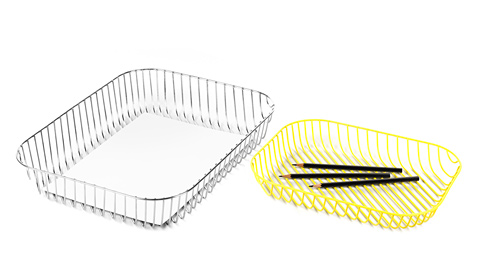 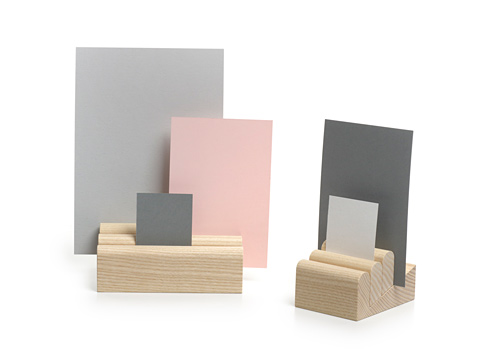 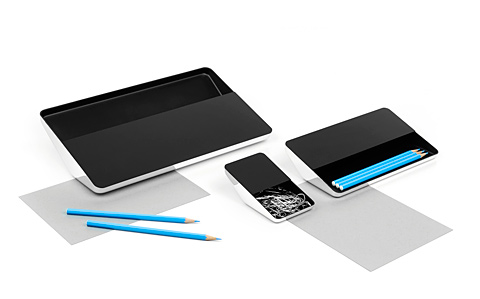 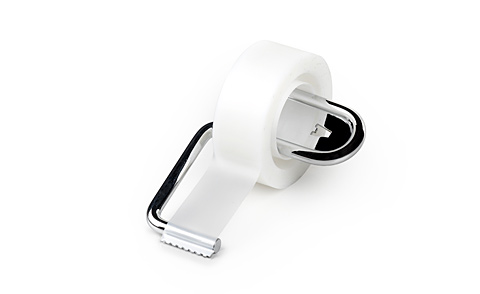 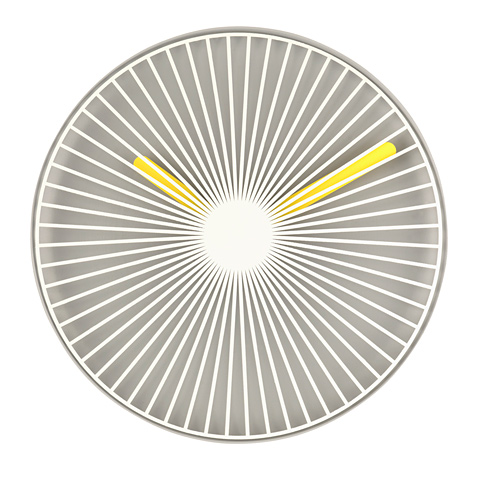 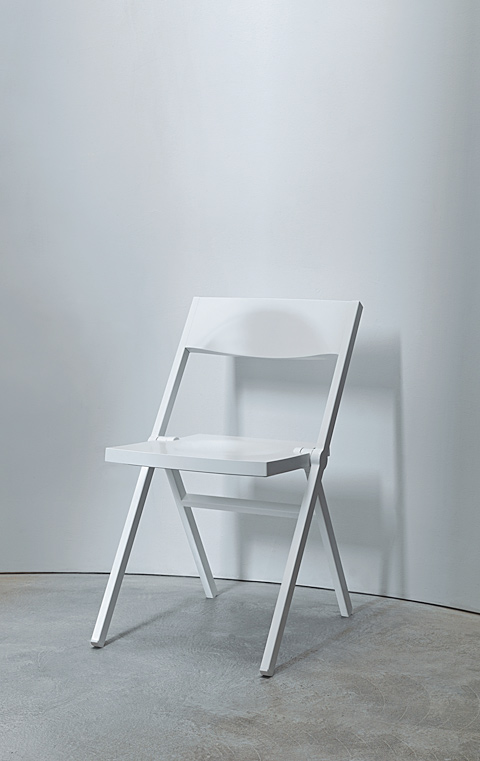 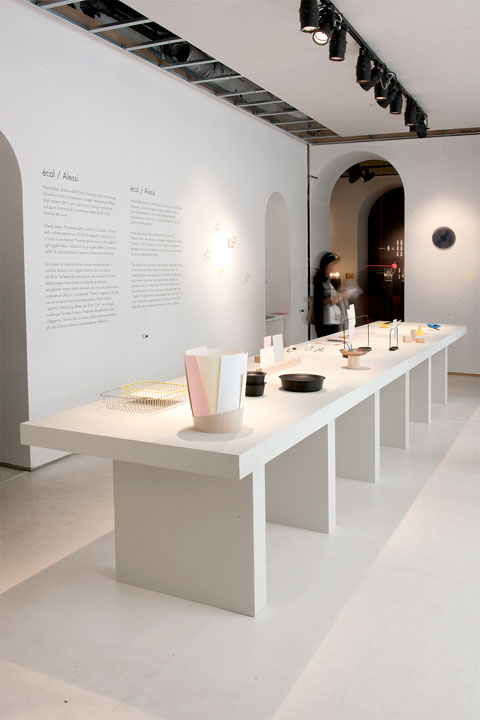 View on the exhibition "ECAL - Alessi" 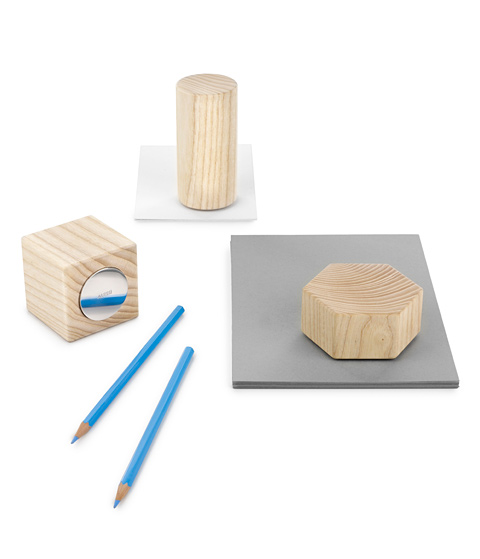 Results of a workshops by Alessi and ECAL University of Art and Design in Lausanne: "Massa" by Cléo-Marie Jacquet, photo: ECAL, Julien Chavaillaz 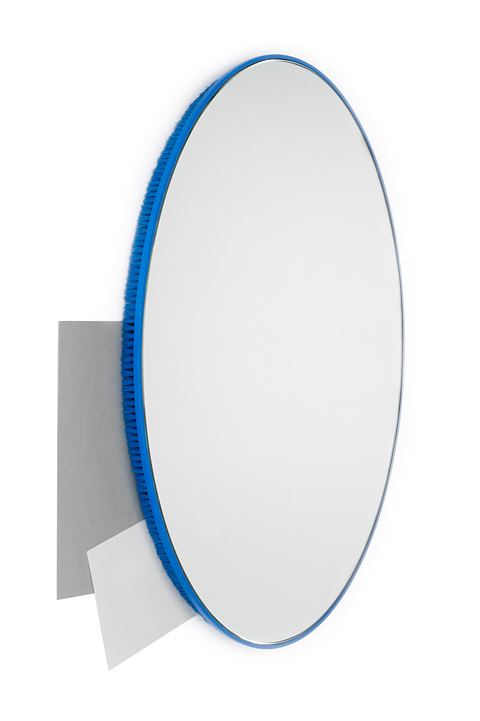 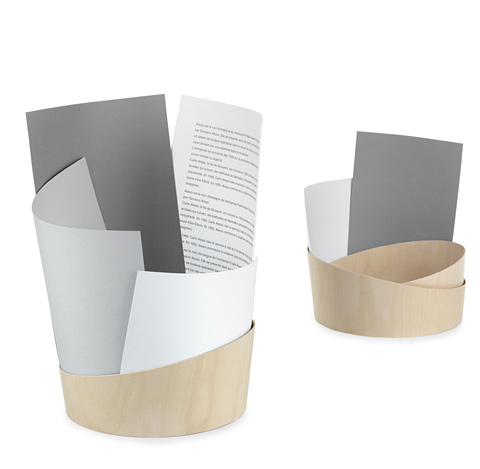 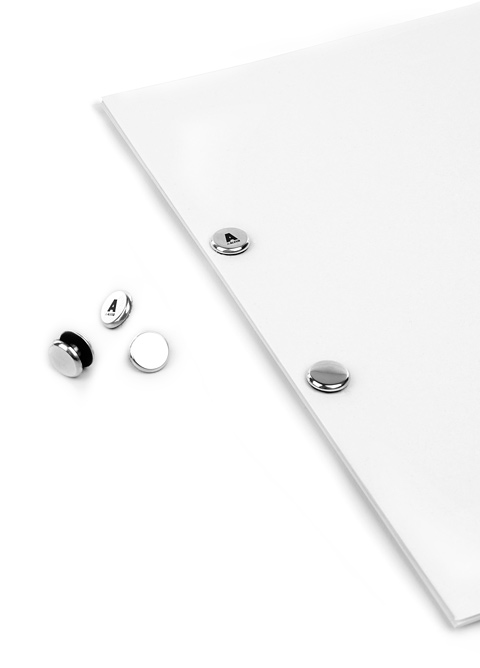 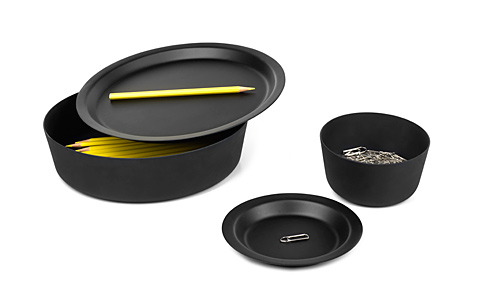 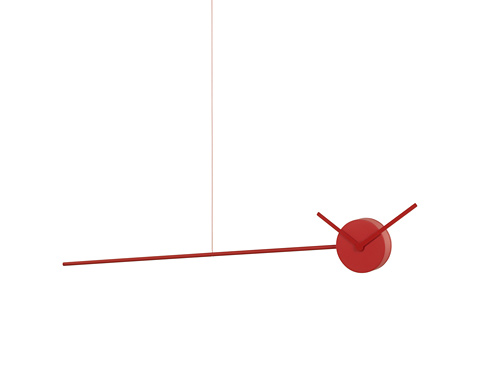 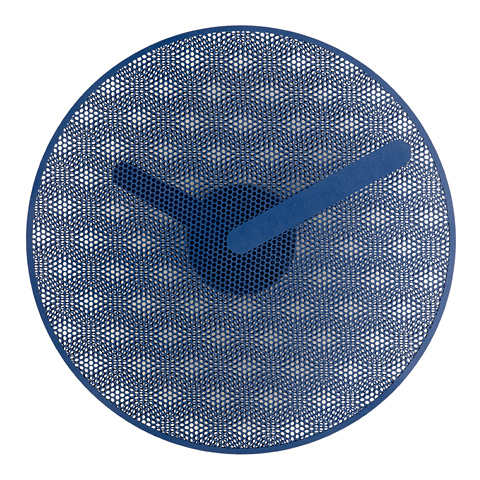