At over 200 meters high, the recently commissioned Millennium Tower can literally look down on its neighbors in downtown Boston, and is now the highest residential building in the city. And it is not just its height that makes this tower so special, but also its combination of classic, modern architecture and high-grade interiors. The future residents can dine in a starred restaurant in their own building, keep fit in a spacious sports studio, and enjoy the unusually high-quality interiors of the apartments, with their customized Poggenpohl kitchens – all of which sets new standards.

None of this is a matter of course, let alone at this special location. For the project, Handel Architects set out to breathe new life into “Downtown Crossing”, a district in Boston that was at one time referred to as the “combat zone”. Over the last 30 years, the district has become ever more dilapidated, above all given that all the buildings fulfilled only one function: business. Blake Middleton, a partner at Handel Architects, insisted on mixed usages for the district, and his efforts gained recognition in the form of an award from the “American Institute of Architects”. New, high-grade retail areas, offices and a hotel, as well as luxury apartments in best-in-class high-rises have now reanimated the district.

This is especially true of the Millennium Tower, the third project by Handel Architects in Downtown Crossing. The high-rise’s podium occupies an entire block in the district, which was founded back around 1900. A large part of the podium is made up of heritage-listed parts of a department store that renowned US architect Daniel Burnham designed in 1912 for the “Filene’s” chain. Burnham came to world fame with his exquisite Beaux Arts buildings in Chicago and in particular for the Flat Iron Building in New York, meaning that ever Bostonian worth his salt knows the glorious former department store simply as the “Burnham Building”: On it, the Millennium Tower now rests.
This is the prime address now taken by the Millennium Tower, whose architects had the facades of the department store elaborately restored, creating an exciting contrast to the modern high-rise above. Almost all the 442 apartments in the new build had been sold long before the tower was commissioned, and each boasts an exclusive interior fit-out, with residents able to rely on extensive in-house services and a spectacular views out over the city. Each apartment has its own customized Poggenpohl kitchen from the “+SEGMENTO”; the bright colors and handle-less fronts create a timeless look that combines easily with whatever interior style the future residents prefer. And one thing is for sure: The wine to celebrate moving in is ready to be uncorked – in the special wine refrigerator. (rw) 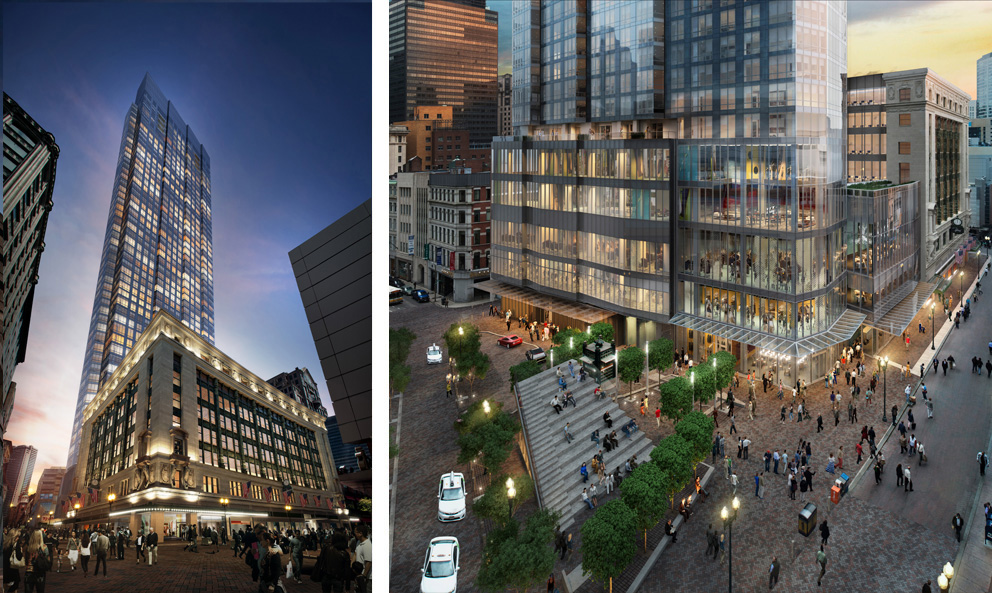 A total of 442 luxurious apartments, offices, a hotel, a starred restaurant as well as spa and fitness zones are integrated into the Millennium Tower.
Photos © Poggenpohl 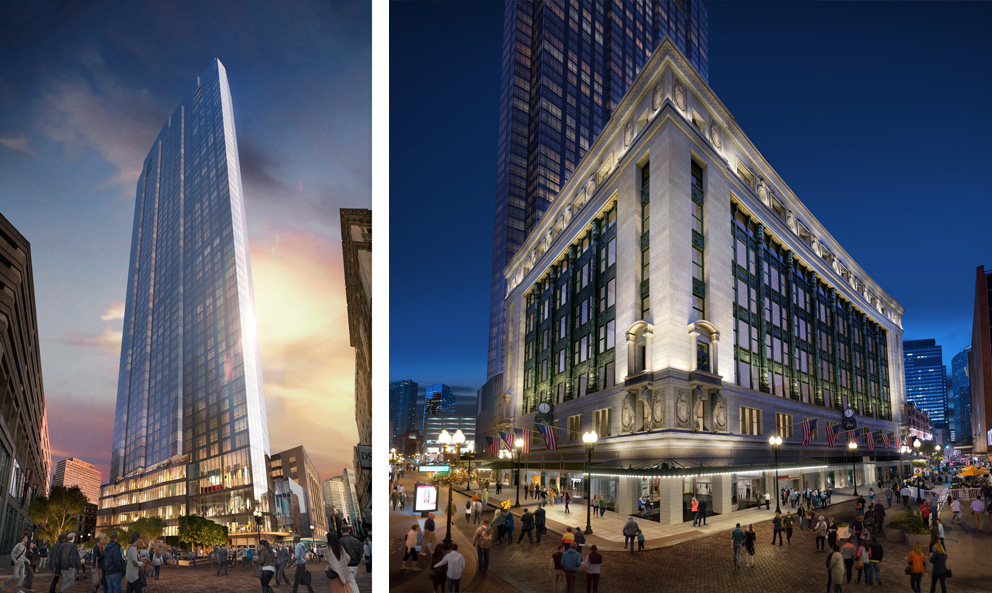 The clear lines of the modern residential high-rise forms an exciting contract to the highly ornamented old buildings, which has been incorporated into the overall concept. The original department store, built in the Beaux Arts style, was designed by David Burnham in 1912. Photos © Poggenpohl 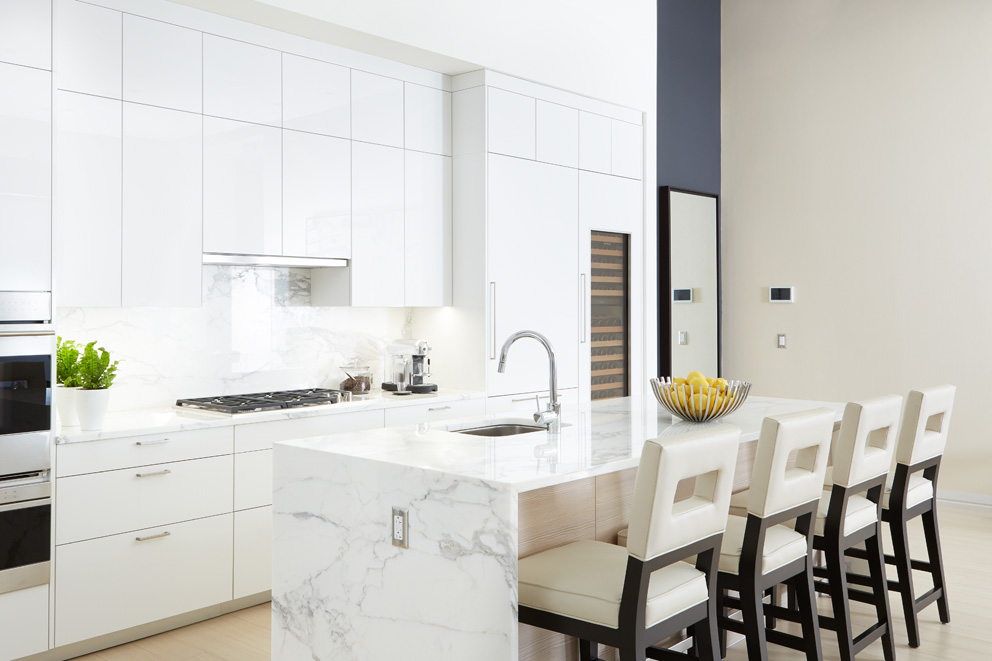 The luxurious condos have highest-grade interiors, such as Poggenpohl kitchens. Photo © Poggenpohl 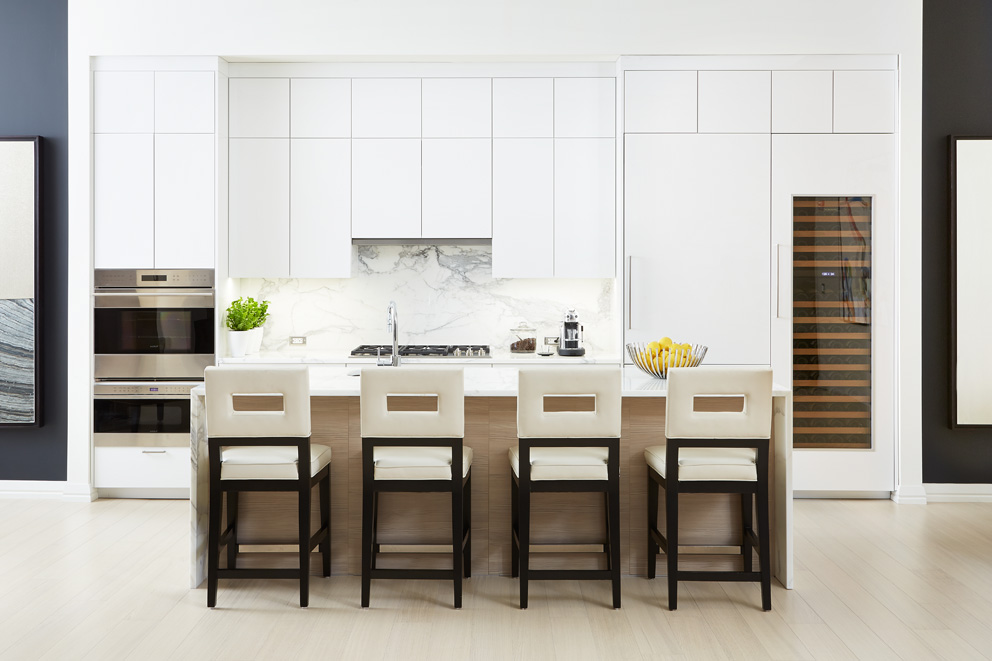 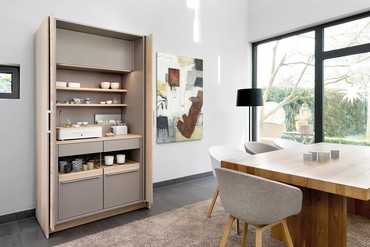