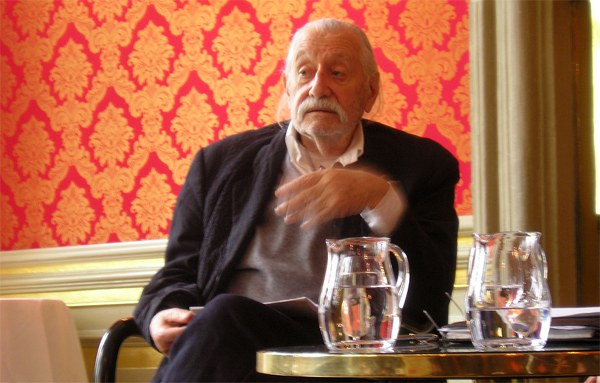 Ettore Sottsass died in his home in Milan aged 90 on the very last day of 2007. Not only in Italy, and not only in the world of design and architecture are people mourning the loss of a designer of genius, as the world has lost a great humanist. For Sottsass, who construed design as the incessant search for a possible metaphor of existence, the search has come to a dramatic end.Hardly any other post-War designer influenced international design more than did Ettore Sottsass. And he wrote design history not just after the founding the "Memphis" company in 1981 together with Barbara Radice, Ernesto Gismondi and a series of renowned designers.

Ettore Sottsass' oeuvre was the product of a designer, a poet, a graphic artist, an artist, a photographer, a writer, and an architect. It was the work of a designer who did not concentrated on isolated tasks, but on contexts: on spaces and on communication, on the attendant circumstances for human design.The approach Sottsass took to design can be best termed "design existentialism". Like almost no other designer, he worked uncompromisingly on the basis of his own personal feelings and experience. Sottsass championed a designed environment that was of the highest artistic quality, and the realization of which started with people themselves: In their minds, and wherever people were able to distinguished between need, standards and wishes.
It was with great innocence that he ignored the well-trodden paths of religion, politics, rationalism, functionalism and technology. His action was defined by intuition, irony, doubt and his experience in life of different cultures. Sottsass felt the object itself was unimportant, what counted was the object as the medium of a message.

In 1976, Alessandro Mendini wrote in the foreword to Sottsass' "Scrap Book" as follows on Ettore Sottsass's function: "The historical role Sottsass has played in the 'Modern Movement' is that of a trailblazer for the initiation of the first cultural debate on function and language, on the errors and misdeeds of the various rationalist models, and that of being the one person who everyone concerned with underground architecture worldwide feels attracted to and identifies with."

It was inevitable given his biography that Sottsass had this function of the seeking trailblazer, a fatherly figure offering orientation. He was born on September 14, 1917 in Innsbruck and spent his youth in Trient. His father, who had studied under Otto Wagner in Vienna, familiarized him with Art Nouveau. When he started his career as an architect he adopted the suffix "jun." after his name to set himself off from the work of his famous father. For Sottsass, the "jun." became the agenda and his trademark, something he did full justice to with his immense vitality and creative output, his constant search for new approaches, and his stance on design and life.

In 1939, he graduated from Turin Polytechnic as an architect. After starting out in that field, during the 1950s he increasingly worked essentially in the field of design.

In the 1960s, Sottsass commented on his early work: "It is difficult to compile a catalog of my work as I never created monuments for some official public play, and instead only transient scenes for a private theater: for private meditation and solitude."As early as his student days, Sottsass sought ideas and experiences in his work rather than in politics. At university he created stage sets that, apart from the fact that they were more a matter of painting than architecture, extended his imaginative concept of pretended space on stage. Indeed, his oeuvre was fundamentally influenced precisely by his focus on the problems of contemporary art, theater, folklore and colorfulness.

In 1936, he derived the notion of an antirationalist alternative in his work from his interests and experiences, and this became one of the bases of his view of architecture. Architecture he felt was the human representation of the universe: "Architecture is the technology of magic, in which all the cards in the game of human experience can be played: from madness to sexuality, from sadness to joyfulness, from feelings to reason..."

His long-standing collaboration with Olivetti as a design consultant commenced in 1958. In 1959, he developed the design for the first electronic computer and later for countless peripherals, computer systems and typewriters, such as the famous "Praxis", "Tekne", "Editor", "Elea" and "Valentina", models, the latter being probably his most successful design for Olivetti.

In 1972, he took part in the first major show of Italian design organized outside Italy, which has gone down in history under the pioneering title of "Italy. The new domestic landscape" - held at the Museum of Modern Art in New York.

Likewise in 1972, he became a founding member of the "Global Tools" group, which arose out of the anti-design movement of the 1960s and dedicated itself to the search for new paths, solutions, materials, forms and technologies for the creative design process in industrial society. The group dissolved only three years later, and some of its members, including Ettore Sottsass, joined the experimental design formation "Alchimia", which was led by Sandro Guerriero and Alessandro Mendini.

As early as 1976, the International Design Center Berlin arranged a Sottsass retrospective, that then went on to be shown in Paris, Barcelona, Jerusalem and Sydney.

In May 1980, at an age when others retired, Ettore Sottsass joined three young architects (Aldo Cibic, Matteo Thun and Marco Zanini) and founded Studio Sottsass Associati, with which he continued his career as an architect and designer. The studio in Milan was a design company that was under the professional artistic directorship of Ettore Sottsass. Together, the four planned and realized projects including the worldwide architecture, interior design and design, the CI, the showrooms and stores for clothing company Esprit.

And in 1981 the "Memphis" Group arose around Sottsass, the charismatic old/young architect - consisting of his colleagues, friends, and internationally renowned architects. The group swiftly came to symbolize the so-called "new avant-garde design" and existed until 1988. However, Sottsass severed his ties to it in 1985 and increasingly dedicated himself to architectural projects at his Milan studio, whereby the composition of the staff changed several times in the course of its history.

While at the beginning, for example in his work for Esprit, the focus was on interior and industrial design, in the course of the years Sottsass Associati handled architecture projects, industrial and graphic design contracts worlwide for international clients with very differing requirements. The list of successful international construction projects includes private residences in Colorado, Hawaii, Tuscany, Switzerland, Malaysia, the Emirates and Belgium, via a museum gallery in Ravenna, from a golf club and hotel in China through to Milan's Malpensa Airport.

Works by Sottsass are to be found in all the important design museums from New York to Paris, from Munich to London, Jerusalem, Barcelona. The countless honors Sottsass received included honorary doctorates from the Glasgow School of Art and London's Institute of Art, the title of "Officier de l'Ordre des Arts et des Lettres" bestowed by the Republic of France, and the title "Grande Ufficiale per l'Ordine al Merito", which was conferred on him in 2001 by the President of the Republic of Italy. About the author
Dr. Peter Weiß, born 1952, is an exhibition curator, consultant and author. In 1971, he started studying Art History, Archaeology and Theology in Münster. Longer study and research trips in Turkey led to an intense focus on Ottoman architecture and Byzantine art, specifically mosaics. In 1983, he gained a Ph.D. and was then a fellow of the German Archaeological Institute, teaching in Istanbul. Teaching and research stipends from the Gulbenkian Foundation. Author of the standard reference work: Die Mosaiken des Chora Klosters in Istanbul, Theologie in Bildern (Belser Verlag).Since the end of the 1980s, he has closely concerned himself with 210th century design. Countless publications and exhibition projects with international designers such as Mendini and Sottsass. In 2004, Weiß curated the show "Ettore Sottsass Works 1979 - Now".P.W.: Alessandro Mendini, (Druckverlag Kettler,1997)
P.W.: Alessandro Mendini, Dinge, Projekte, Bauten, (Electa, 2001)
P.W.: Ettore Sottsass, Store & Showrooms for Esprit, (Druckverlag Kettler, 2004)
P.W.: Art of Italian Design, (Megaron, Athen, 2005)
P.W.: Tea & Coffee, Piazza & Tower, (Druckverlag Kettler, 2007) 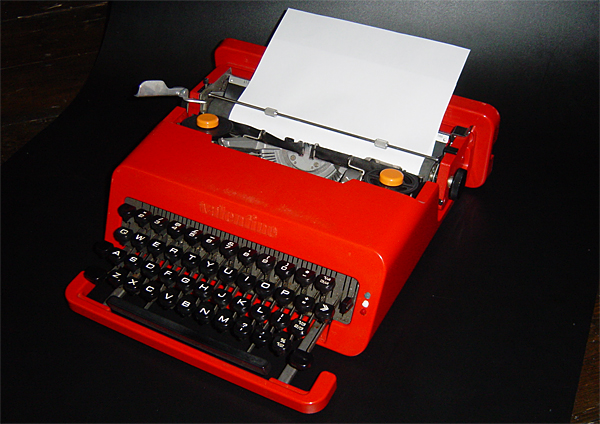 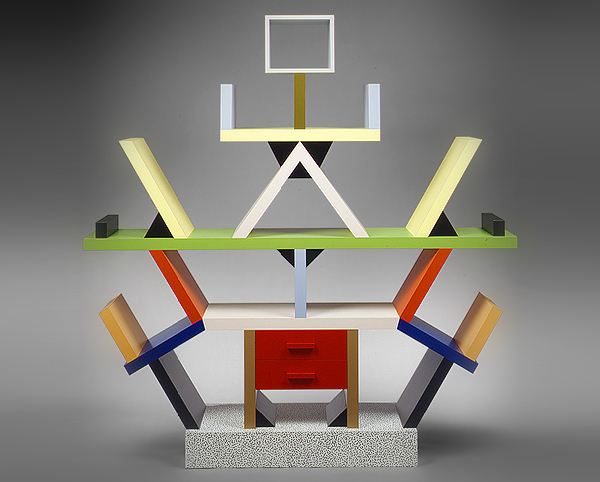 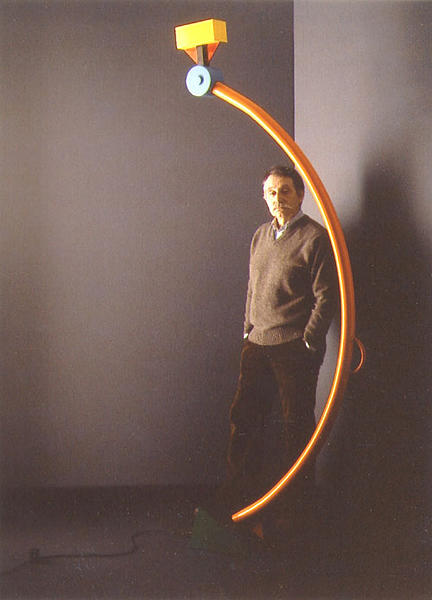 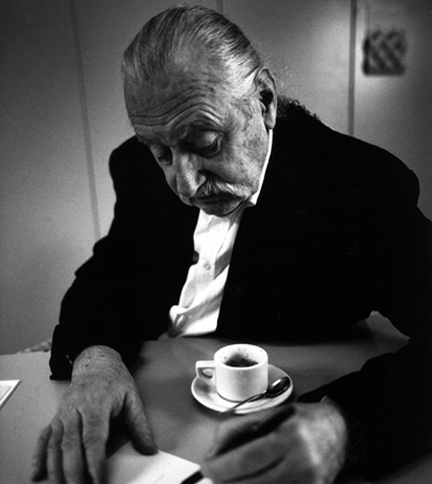 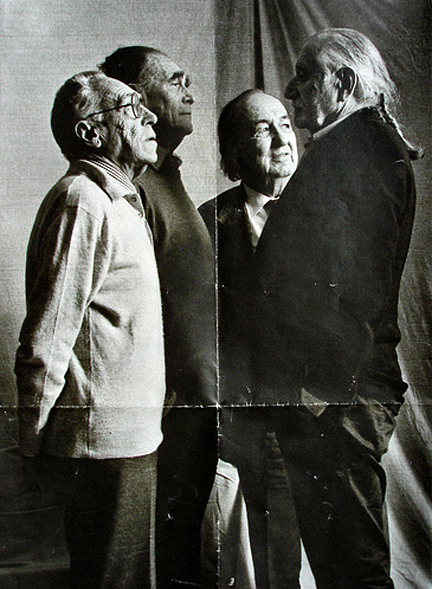