Here is one of those marvelously colorful biographies you occasionally come across in the design world. Nina Yashar is head of the influential Nilufar gallery in Milan. She was born in Tehran in the 1950s. As a child, she moved to Milan with her family, where her father traded in carpets and rugs. Yashar studied Art History and in 1979 she opened her own carpet store. In 1989 she founded her own gallery on Via della Spiga, where she held regular exhibitions – the first being “La Rosa nel Tappeto” with a focus on rose motifs. Over the years, she showed an increasing interest in Scandinavian design, classics from the 1930s to the 1960s, as well as contemporary furniture and interior design. In both 1999 and 2001, she presented the “Crossings” exhibition featuring objects from India, Scandinavia, France and Tibet. This year alone, Yasher has embarked on two new projects: there’s “Nilufar Storage”, something similar to an archive, and a publication on the gallery’s past projects, while “Nilufar Unlimited”, a commercial label, offers a selection of furniture, lighting and accessories.

Today, the name Nilufar, Persian for “water lily”, is associated with eclectic installations, showing creations by Carlo Mollino alongside those by Verner Panton and Bethan Laura Wood. Yashar stresses time and time again that she allows her intuition to lead the way. “Persone illuminate” is the term she uses to describe those people who follow aesthetic principles and continuously develop in doing so. These would most certainly include Miuccia Prada, one of her first customers, and Martino Gamber, who she had on board for her projects before he had even finished his Design degree.

Whereas Nilufar has to date only ever sold limited-edition products, Nilufar Unlimited now offers a collection of mass-market items. But the standard of design remains high, and according to the “manifesto” the collection is in fact a “research platform”. It is most likely to be of interest to connoisseurs and collectors, for whom it could be worthwhile taking a closer look at the following gems – the “Postmundus Chair” by Martino Gamber, the “Cai-Ben” table by Massimiliano Locatelli or the “Shrine” candleholder by Bethan Laura Wood. 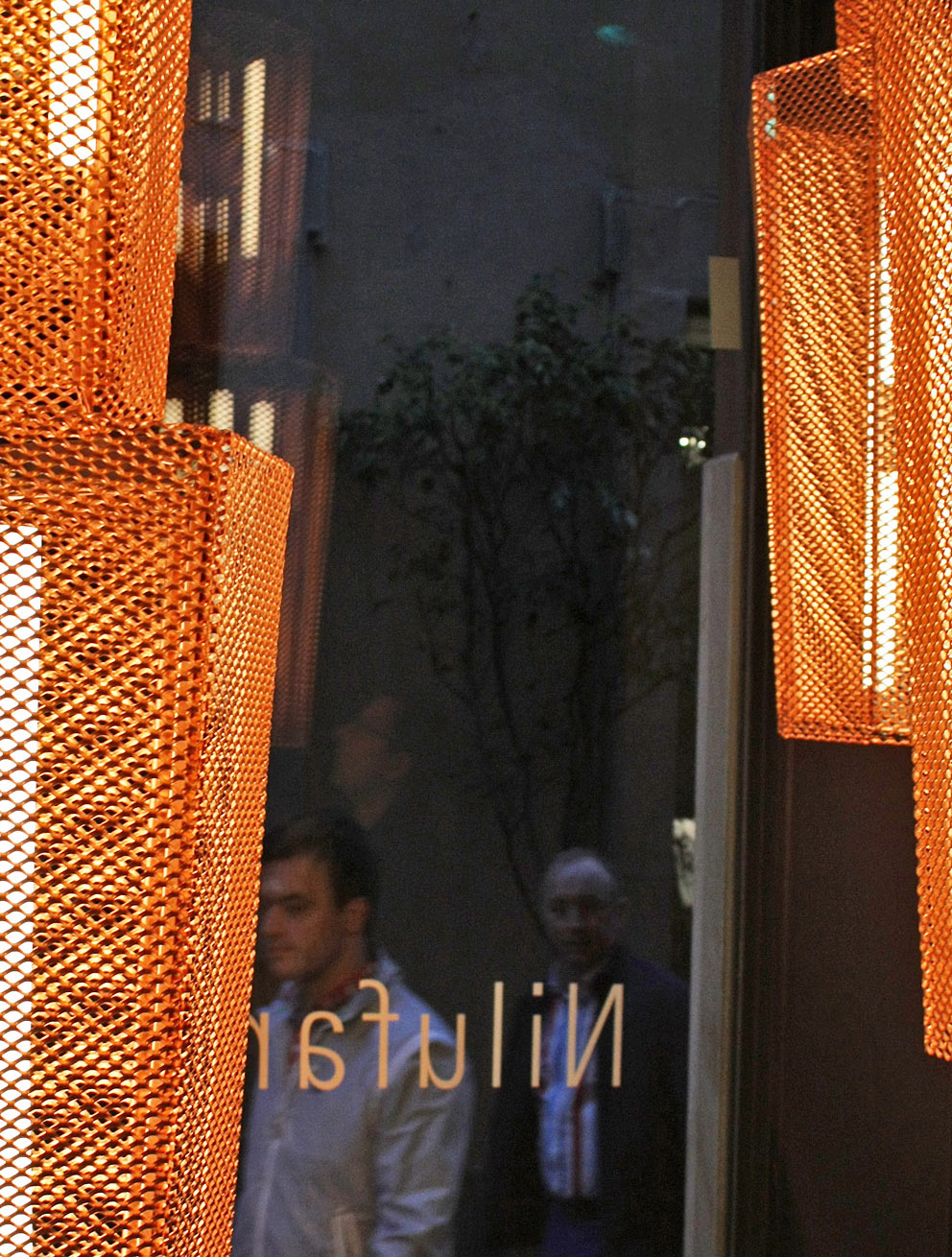 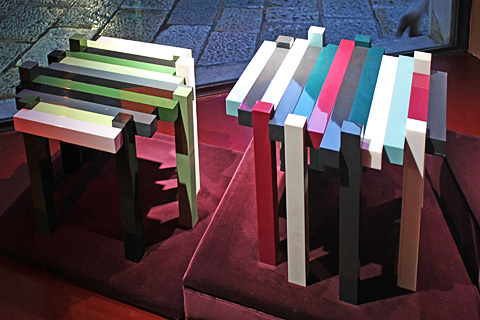 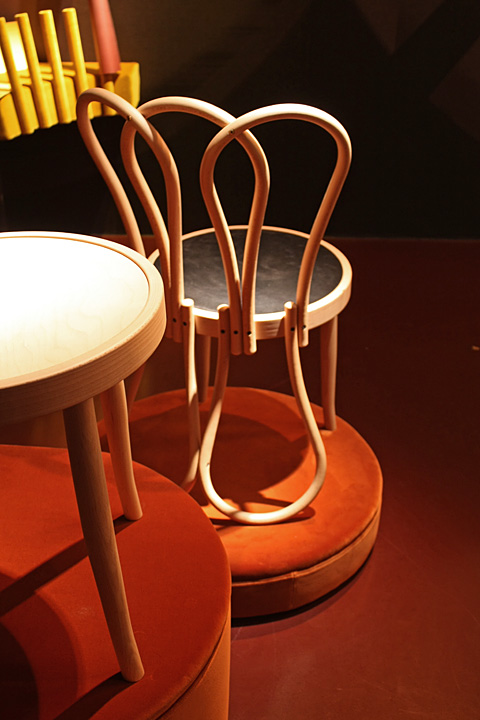 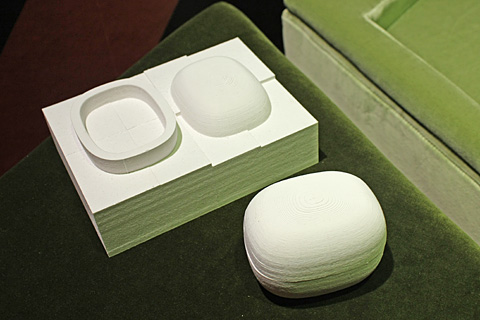 Chandelier made in copper and steel, photo © Dimitrios Tsatsas, Stylepark 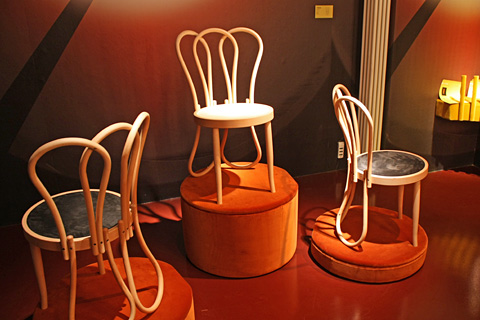 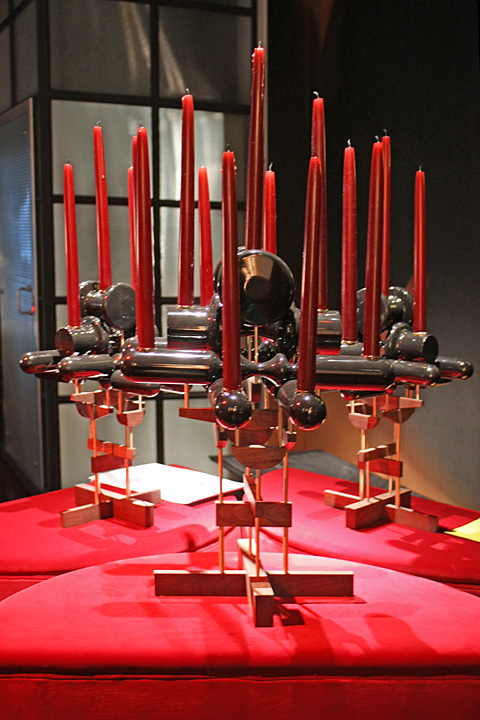 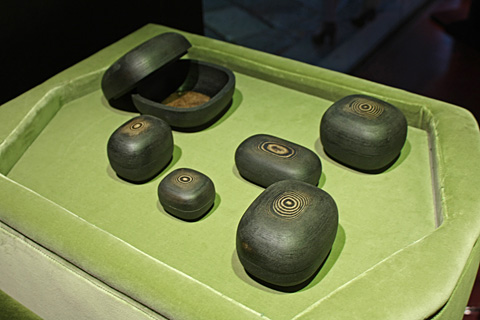