top
Afro-Functionalism – architecture from and for Africa
BY Jeremy Gaines | Dec 26, 2014 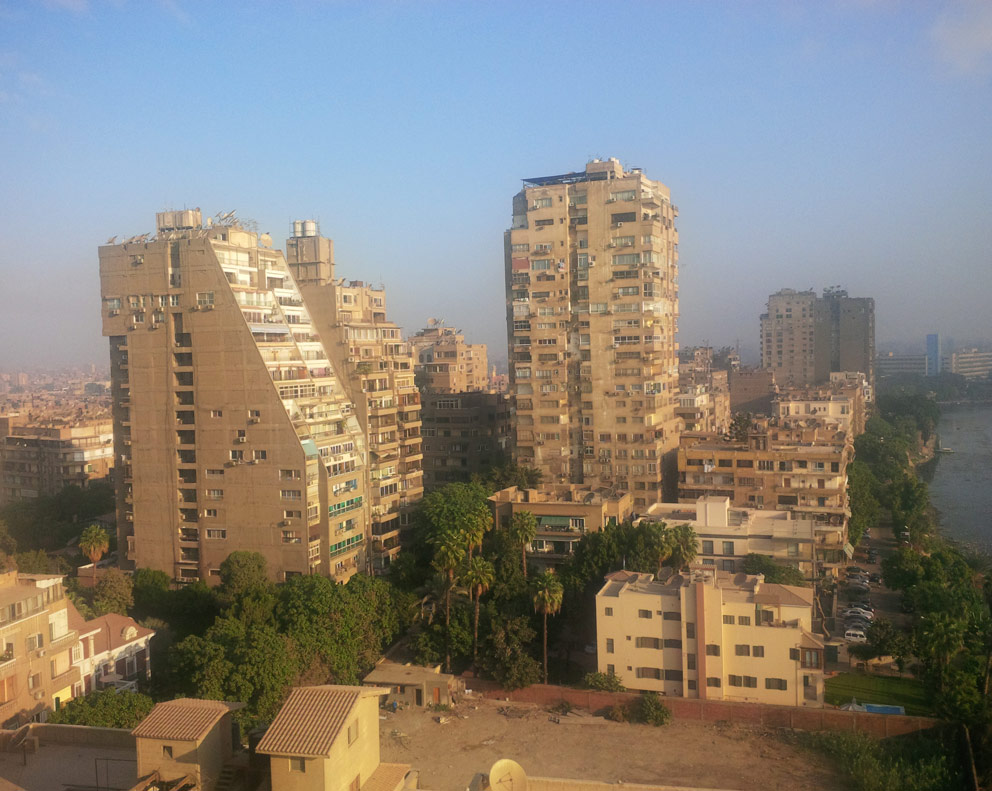 nstead of building high-rises it would be better to design low cost housing for those who will never be able to afford a mortgage but might get microfinancing for a shop. Photo © Leopardi

There’s been some talk this year about how architects are helping to solve problems on the ground in the least developed and developing countries. Various books have come out on the subject, and mainline newspapers certainly in both Germany and the UK have addressed the topic. In the august Frankfurter Allgemeine Sonntagszeitung back in the summer, on July 27, Niklas Maak had a full-page story entitled “A new political architecture? How to build for the poor? How to save the idea of the city?” reviewing books on architects in Africa, complete with a glossy Iwan Baan photo from Lagos. And on August 9 Aaron Millar had an article in “The Observer” entitled “Rebel Architects: Building a Better World” with a picture of the same edifice in Lagos. Do both simply reflect a flavor-of-the-month syndrome in the summer when there are no smart new building projects to report on or is this a new trend? And, indeed, are the solutions discussed really valid ones?

The fact is that the problems are vast, as the sheer scale of the numbers moving from the land into the cities beggars belief. If you add the populations of Europe and the United States together you get a figure only slightly higher than the Chinese urban population. And if a recent study “The Guardian” covered on Sept. 18 is to be believed: “Sub-saharan Africa is set to be by far the fastest growing region, with population rocketing from 1 billion today to between 3.5 and 5 billion in 2100.“ Assuming an urbanization rate somewhat north of 50 percent, that’s going to be a lot of accommodation to build. So should the solution be to go down the Chinese/Singaporean path and build upward and ever more densely. Possibly greening the tower blocks to make them seem nicer?

The solutions so proudly on show in the two articles mentioned sidestep the ‘mass’ issue. They instead hinge on “small is beautiful,” on intermediate and in part renewable technologies in an effort not to compound existing ecological and economic problems. That is laudable, but in an Internet age when anyone anywhere can see be wooed by the dazzle of Las Vegas, possibly a tough proposition to sell… Moreover, the solutions need to be tested to see whether they are holistic and whether they can be ramped up. 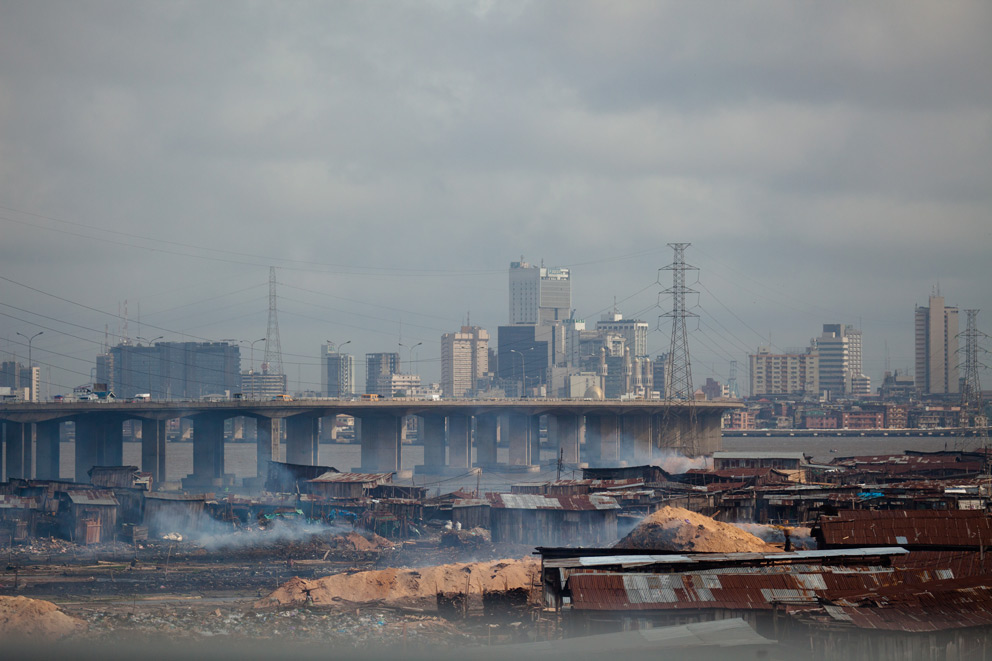 Sub-saharan Africa is set to be by far the fastest growing region, with population rocketing from 1 billion today to between 3.5 and 5 billion in 2100. Foto © Leopardi

What seems to elude the reviewers’ expert Western eyes is often the dimensions involved. Take an average African city. It is growing outwards and not upwards fast. It is flat and underpowered in all senses of the word. It probably has more inhabitants than most cities in Germany. The municipality is cash-strapped compared even to Detroit. Meaning a novel approach for architects is involved: namely to design architecture without a client. Or rather with disenfranchised, disempowered clients. For a clientele, which, where middle class, still only has boasts disposable income of say 10 dollars a day.

Is small more than beautiful?

An instructive example of the problem is given by Kunle Adayemi’s little floating school in Lagos so ubiquitously praised of late: What Maak terms “a social and ecological sensation” because it has a large open space (100 square meters, ostensibly the largest space in the slum), gets power from solar panels, and composts its sewage, rather than dumping it in the lagoon. The edifice is made from local timber and the open space is, as the photos revealed, eagerly used as a marketplace.

On a photo it looks great. But the photo does not present the setting. First the floating world around the school, the Makoko slum, is gauged to be home to many hundreds of thousands, statistically half of them are under 21 and half of them again of school-going age. Meaning if the school is the solution we need hundreds of them. Second, Nigeria has a severe shortfall in teachers. Have we now simply built a school where there thus can’t be any teaching, and wasted resources. Third, there’s the local timber: There are thousands of smoke-belching toxic sawmills floating nearby making the stuff and killing the population. Fourth, if we scale this school up, a massive amount of wood will be required, and if it is not fast-growing wood, we are simply compounding the problem of deforestation already dogging Nigeria. And we are creating continuous deforestation, as, come rainy season in Lagos, the wood all too easily rots, meaning we are not building durable schools. 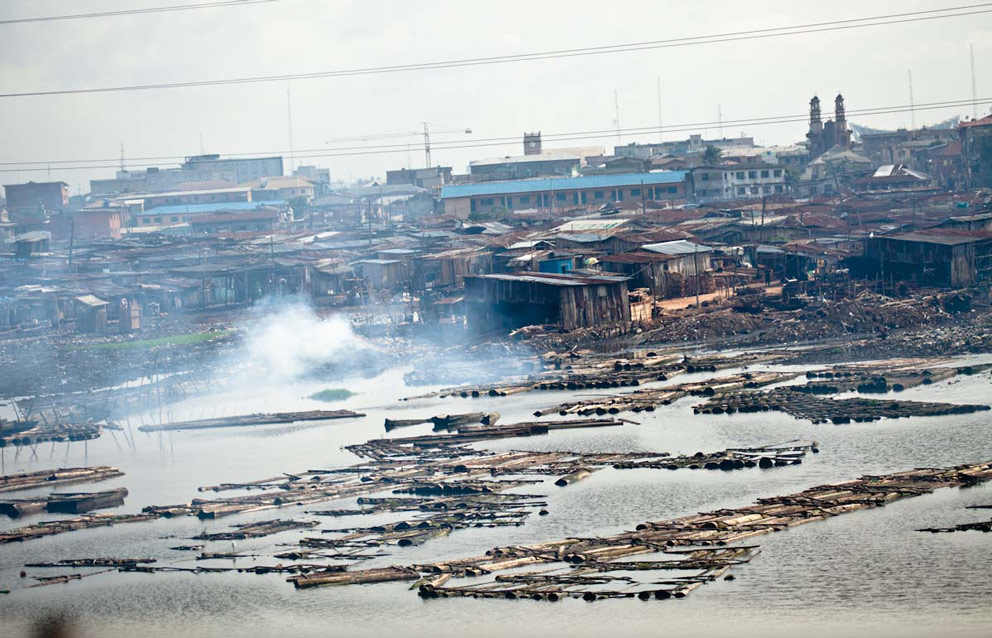 Using the local timber is problematic: There are thousands of smoke-belching toxic sawmills floating nearby making the stuff and killing the population. Photo © Leopardi

That little school is quite literally a drop in the lagoon. We’d need a veritable armada of schools and teachers to start ‘making a difference’ – and that’s when things start to get excessively expensive. In terms of the amount of cash required and in terms of the eco-footprint. It may look good to rely on solar panels. But for what exactly? At six solar panels a pop, we need 60,000 such panels for every 100,000 pupils. (Many a nearly bankrupt east German solar PV factory would be delighted to be awarded the contract… until they found out that no one can pay their invoice.) Do we need so much electricity, as air conditioning in a world where natural cross-ventilation functions admirably might seem a waste of energy…

The question must be: Does this approach really work? It does at the one level, as it shows: To cater for the future masses, build in small units and outwards, not big and upwards. In Lagos’ case, Adayemi has rightly seen that ‘outwards’ means out into the lagoon. (After all, the Western insistence on building upwards, as emulated in the Far East, is a reflection of a lack of space, and of the price of real estate.) Yet thinking intermediate technology like this does not create an example we can copy&paste.

Perhaps this world requires less architects and more architects working with urban planners, to try and combine sustainability and low-cost. To design low cost housing for those who will never be able to afford a mortgage but might get microfinancing for a shop… And to design sets of units that form cities, not mega-cities, by creating low-cost housing that insists on mixed usage to avoid the problem of traveling from home to work every day. (Lagos’ productive workforce spends half its waking day dozing in gridlocks.) Low-cost housing that is made cheaply and does not require forests to be felled. And where the electricity required is affordable. What are needed are projects that think small but are truly industrial in scale… The key is to link quantity and quality.

To do so, we have to neglect architecture offices who cannot really afford to think without clients either, and start encouraging an international and certainly a pan-African university dialog on the subject. Let’s call it Afro-Functionalism. And since we live in a post-manifesto era, let’s create an Internet platform on which to launch it. In the process we should do what the Heinrich Böll Foundation has done other than the floating school when addressing the issues of Makoko – you design an inclusive process – Fabienne Hoelzel ran small-scale town hall meetings there to poll local needs. This means architects and urban planners should stop thinking they are saviors, and adopt a more ‘serving’ role: Possibly locals want potable water more urgently than they want schools.

About the author: Dr. Jeremy Gaines is a writer and consultant based in Frankfurt, Germany. He is specialized in the fields of sustainable urban development and renewable energy in Africa. He is currently active on various projects on issues relating to vocational education, infrastructure development, and climate change, with a special focus on West Africa. He is co-lead on a project to develop a solar power program for Nigeria. 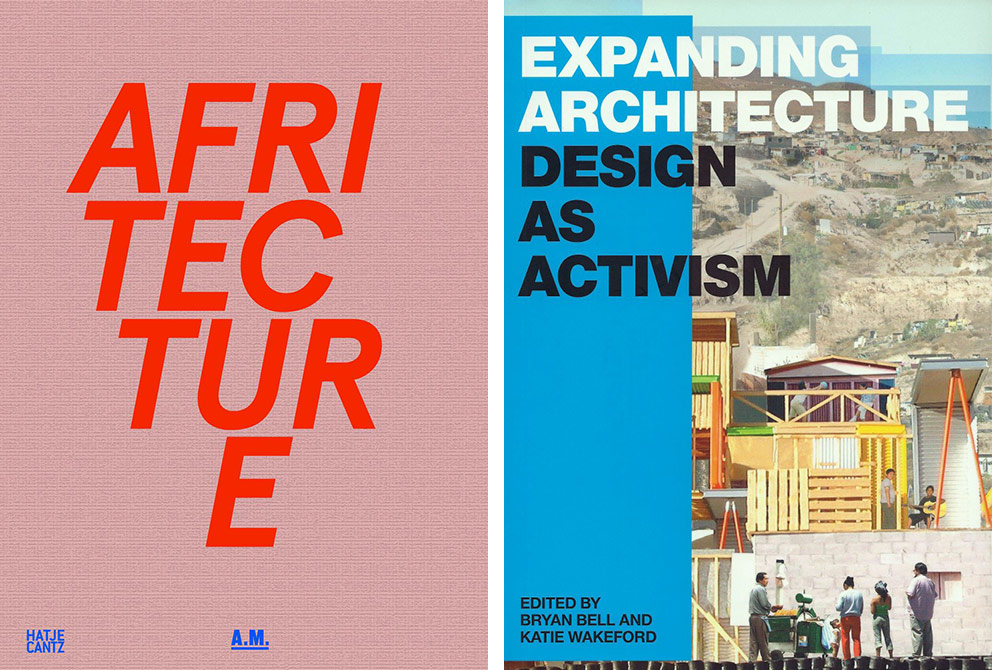