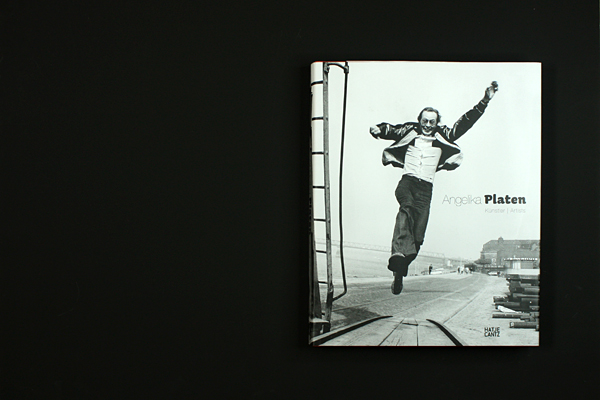 Jonathan Meese, his eye as dark as the empty sockets of a skull, which he is holding in front of his face, on a skewer; Pedro Cabrita Reis as a cigar-smoking, demonic-looking industrialist or media mogul in an elegant suit, his over-sized shadow behind him on the wall; Julian Rosefeldt, a man of history who, in front of the over-sized "Portrait of a young Girl" that Petrus Christus painted 500 years ago is posing as if the young beauty were eyeing the film maker across time, and, in another photograph, two large circular washers clamped in his eye sockets, playing a contemporary fool in front of a brick wall covered in spray painting. Marcel Odenbach, poised on the intersection of floor and the wall like a tango dancer in a dark suit, whose partner has stood him up; and Daniel Buren in overalls as a young art worker next to a building site fence. Angelika Platen's portraits of artists are always subtle orchestrations. They almost invariably tread the thin line that separates and links man and artist, person and work. Her photographs document not just the artist's appearance, they link the artist with what he generally stands for, his work, in a way that is as restrained as it is subtle.

It might well be difficult to believe, but artists, despite being in the public eye and nowadays increasingly forced to put on a show, often tend to be shy people. It is not them, but their art that should unfold before us and take central stage. In this regard, Angelika Platen proves to be just as skilful a portraitist as she is empathetic; she manages, however different the individual artists are, always to present them in a way that is as enlightening as it is enchanting, tempting the person out of his cover, while not forgetting the work he stands for. To some extent of course these portraits also belong in the category "self-presentation", but in the case of Angelika Platen this is always a product of a dialog she begins and in the course of which she gets her "models" involved in a game, at the end of which the truth of a moment is immortalized in the eye of the camera - despite or because of the pose on which the two at some point agreed.

Angelika Platen has photographed more than 500 artists in the street, in their studios, or at exhibitions. Some 200 of her subtle black-and-white works from the 1960s and 1970s, not to mention the past two decades, have now been selected for a book. For some of them, editor Günter Engelhard, has added his own commentary. In fact, there could have been more of these short, but always enlightening texts. There are also two essays, one by Christina Weiß, which explores the specifics of Angelika Platen's photography, and a second by Hans Peter Schwerfel, which puts the way the photographer approached the artists in relation to his own film portraits, thereby revealing the personal differences, as well as those relating to the time they were taken and the media used.

This ensemble of photographs and texts is supplemented by a conversation between Platen and author Thomas Hettche. In it we learn how both how Angelika Platen goes about photography, and something about her life, about how she came to photography, and how she sees it to this day. She also lets us look in several drawers in her studio, in which she has stored her life. "So drawer number one is your childhood?", Hettche asks, and she answers "yes". "And how many are there?" "Five." Five drawers full of diaries, photo albums, school exercise books - as a documentary unpretentious and yet replete with stories. They are about, for example, how in 1955 at the age of 13 the "little girl with a ponytail, wearing a blue pleated skirt and blouse," went to America - her father was a manager at Mobil Oil. There she encountered young women with petticoats skirts wearing red lipstick. Later, after the birth of her first daughter, she began taking photos of babies, and on travels with her then husband (a Romance philologist and theater expert), who in the mid-1960s joined the staff of "Stern" magazine, slowly began taking photographs professionally. "Those were the first good photos," she says. So she took photos at the first art market in Cologne, of the Ströher Collection, of Joseph Beuys in Eindhoven. And she tells the lovely story of how she invited Franz Dahlem and Joseph Beuys, who happened to be in Hamburg, to dinner, but could not buy the Beuys drawings Dahlem was offering her for 50 Deutschmarks because she had spent the money buying the meal for them.

When Hettche asks her if she saw herself as an intermediary, as someone who played a role in the upheaval in art in the 1960s and 1970s, whether it was her intention to make the artists famous through her photographs. She answers "no, not at all. I was just the person who wanted to look at their faces and into their soul." However, she also knew that you can find an artist's soul in his work just as much as his face. So she showed the artist less in his privacy as a human being and more as an ambassador of his own self and as someone who wants to have himself staged in such a way that the portrait is compatible with the oeuvre, and (the best of both worlds) the one highlights the other and vice versa. And not unlike her photographs, she tells of the game she (an attractive young woman) played in the 1960s and 1970s with the male artists, most of whom were the same age: "It goes without saying that there was some sort of attraction, between the photographer and artist," she says. This is particularly evident in the case of Sigmar Polke, someone who was always regarded as shy and who, in 1972, in front of Angelika Platen's camera, suddenly began bouncing about as boisterously as a young dog on the banks of the Rhine, clearly flirting with the photographer and her camera. Here, as in other photos, one notices just how much and how closely she understood her subjects and that, although in each case they show a single artist, a duet has arisen, sung spontaneously.

In drawer number three the carousel of life continues turning. It is the 1960s and she is covering the art market for the "Zeit" newspaper and running Gunter Sachs' gallery. Then, drawer number four remains closed, in 1976 she went to Saint Tropez, and something happened that changed her life so much that for 20 years there was no room in it for art and photography. In the mid-1990s, she picked up the threads again, began going to exhibitions once more and taking photographs again - of the artists she still knew from before, as well as those who had appeared on the scene in the meantime.

As such, over the years Angelika Platen has photographed many well and less well-known artists, from Henry Moore, Joseph Beuys, Marcel Broodthaers, Gotthard Graubner, Ben Vautier, Georg Baselitz, Jürgen Klauke, Lawrence Wiener, Pawel Althamer, Veronica Janssens, and Michel Majerus, to Walter de Maria who, on a summer's day in 1968, measured out the runway at Hamburg Airport with his body and gestures, and Panamarenko who, an attractive youth wearing a white summer suit, modeled for her that same year standing behind one of his airship models. Not forgetting Hanne Darboven, whom we encounter in 1971 as a strict, mysterious young woman with short hair in front of her "Schreibzeit/Writing Time" wall, and then again in 2002, bald, holding a cigarette, ravaged by illness.

A particular vision is inherent in Angelika Platen's photographs, one that engenders proximity, without encroaching on the person in question, yet without ever becoming too distant. Thanks to this method, and intertwined with the course of her own life, she has created a quite unique panorama of the era using the portraits of the artists, a kaleidoscope, in which the continuity of art seems on many occasions to fracture but nonetheless a coherent flow arises - of the numerous faces that have influenced the world of art over the past 50 years. 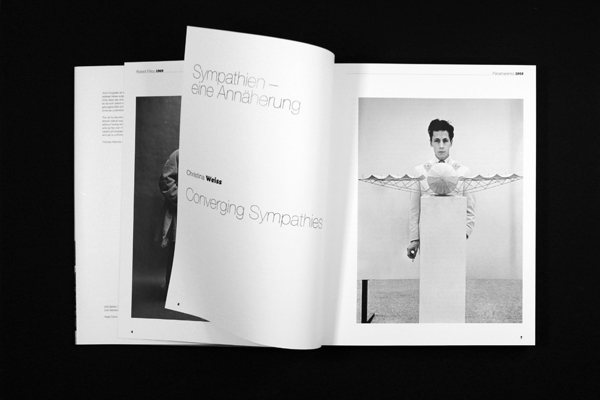 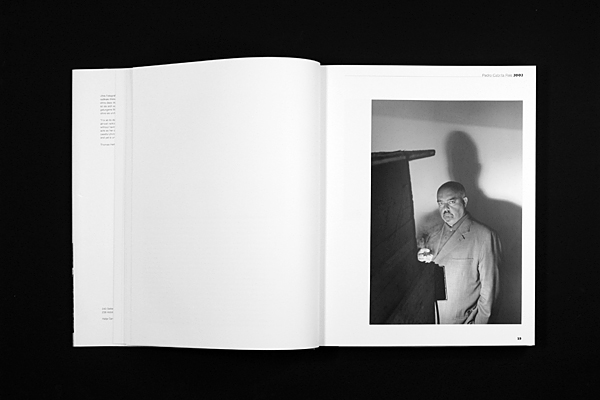 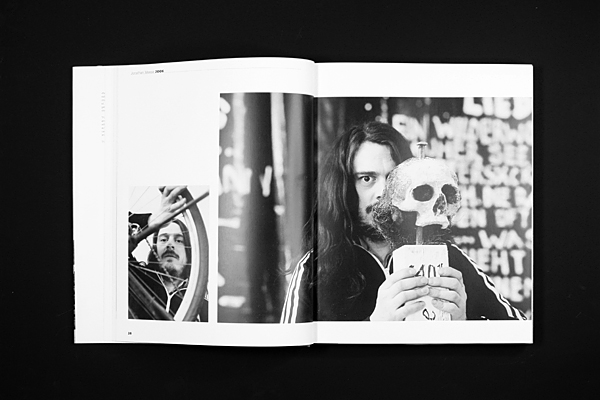 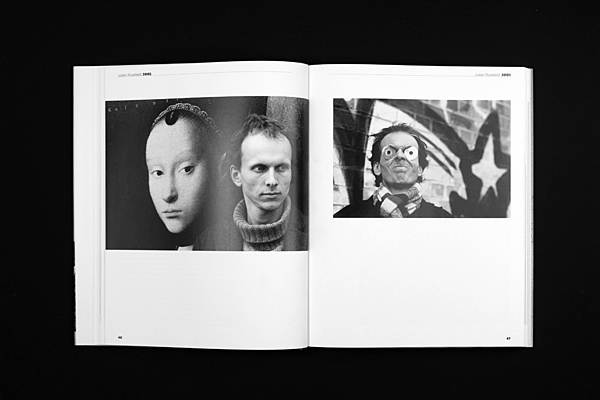 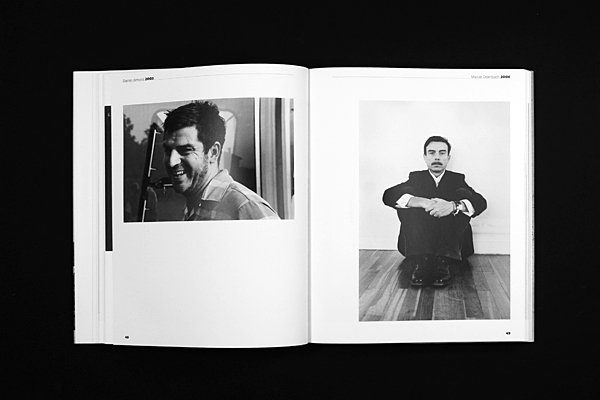 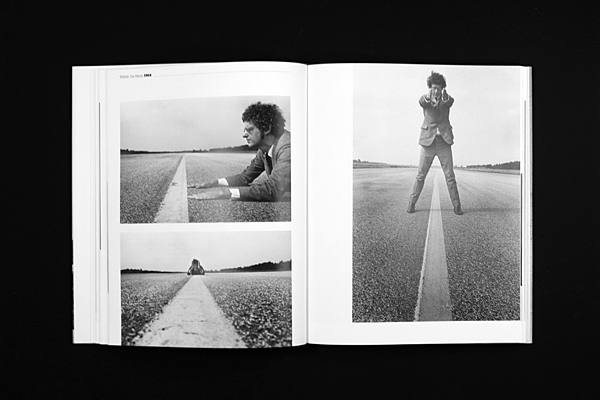 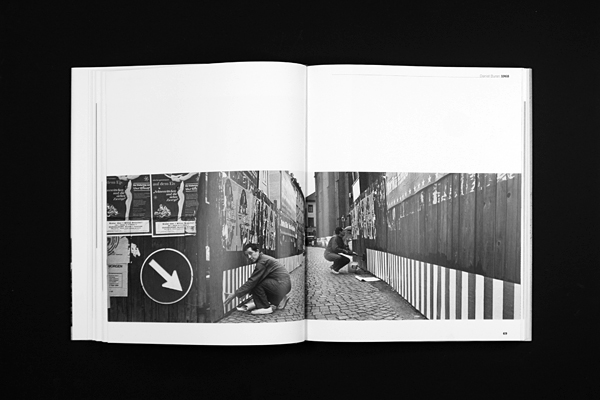 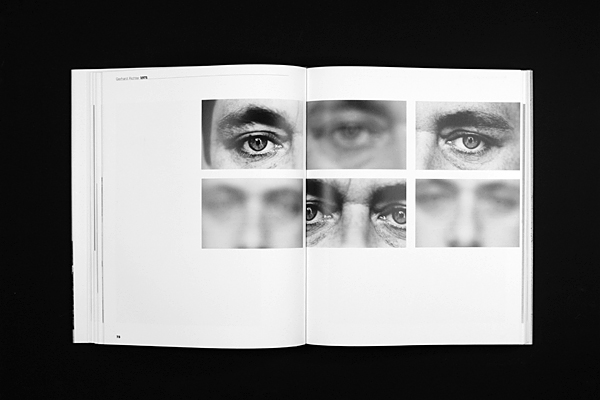 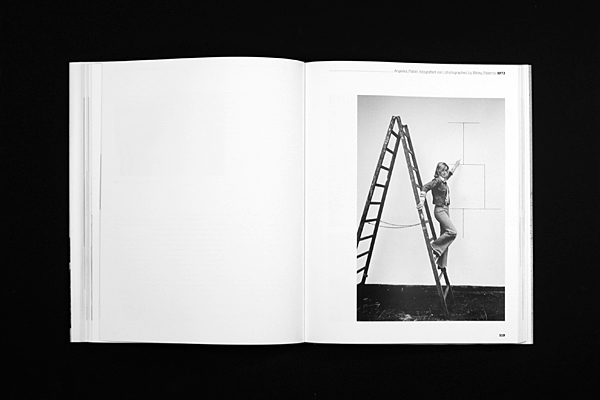 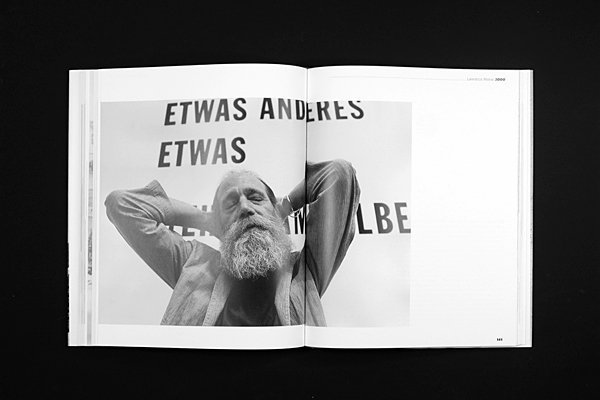 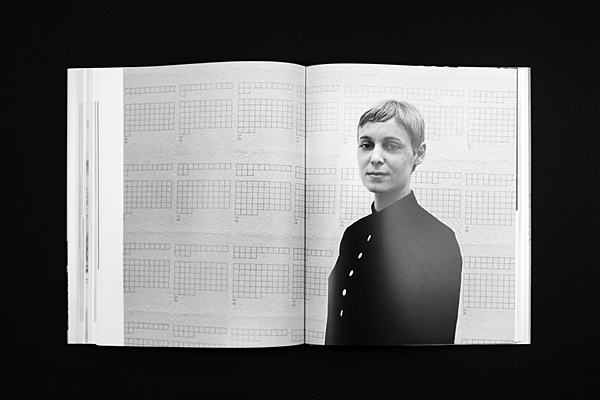 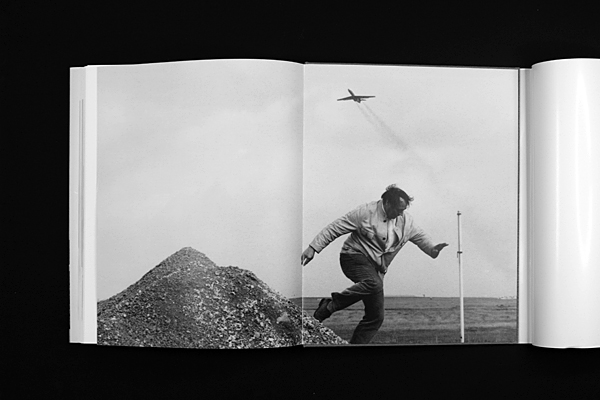 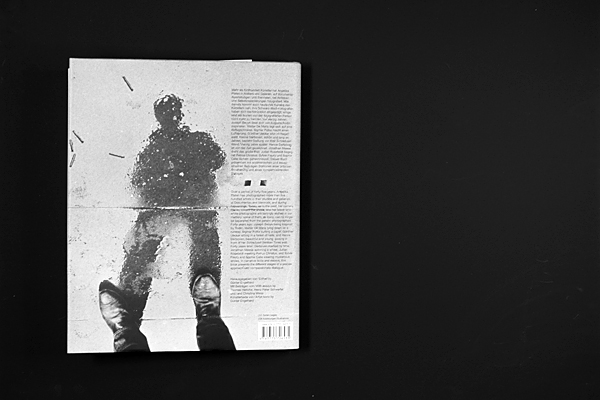