Munich-based creative studio Designliga has transformed an alpine cabin in Austria’s Oetz Valley ski resort into a media station of the future. A section of the cabin was given a complete makeover to host the interactive launch of a four-wheel-drive. Consequently, Designliga catapulted the rustic benches and chairs, the tiled floors and white chalked walls of Festkogl Alm into the 21st century.

As you walk up to the cabin, multiply folded, anodized aluminum panels herald the extraordinary metamorphosis that has taken place inside – thanks to the effects created by faceted metallic walls. Strikingly, Christina Koepf, Head of Interior Design at Designliga, chose matching desk lamps from Nimbus’ Roxxane series and simply adapted them for use as flexibly adjustable ceiling lights. “With its purist design and innovative illuminant Roxxane is the maximum possible contrast to an open fire,” says Koepf. For the luminaire with the flathead LED, which Rupert Kopp designed for Nimbus, definitely embodies the light of the 21st century. It is operated by gentle swiping of the hand – a method until very recently we only knew from sci-fi movies. 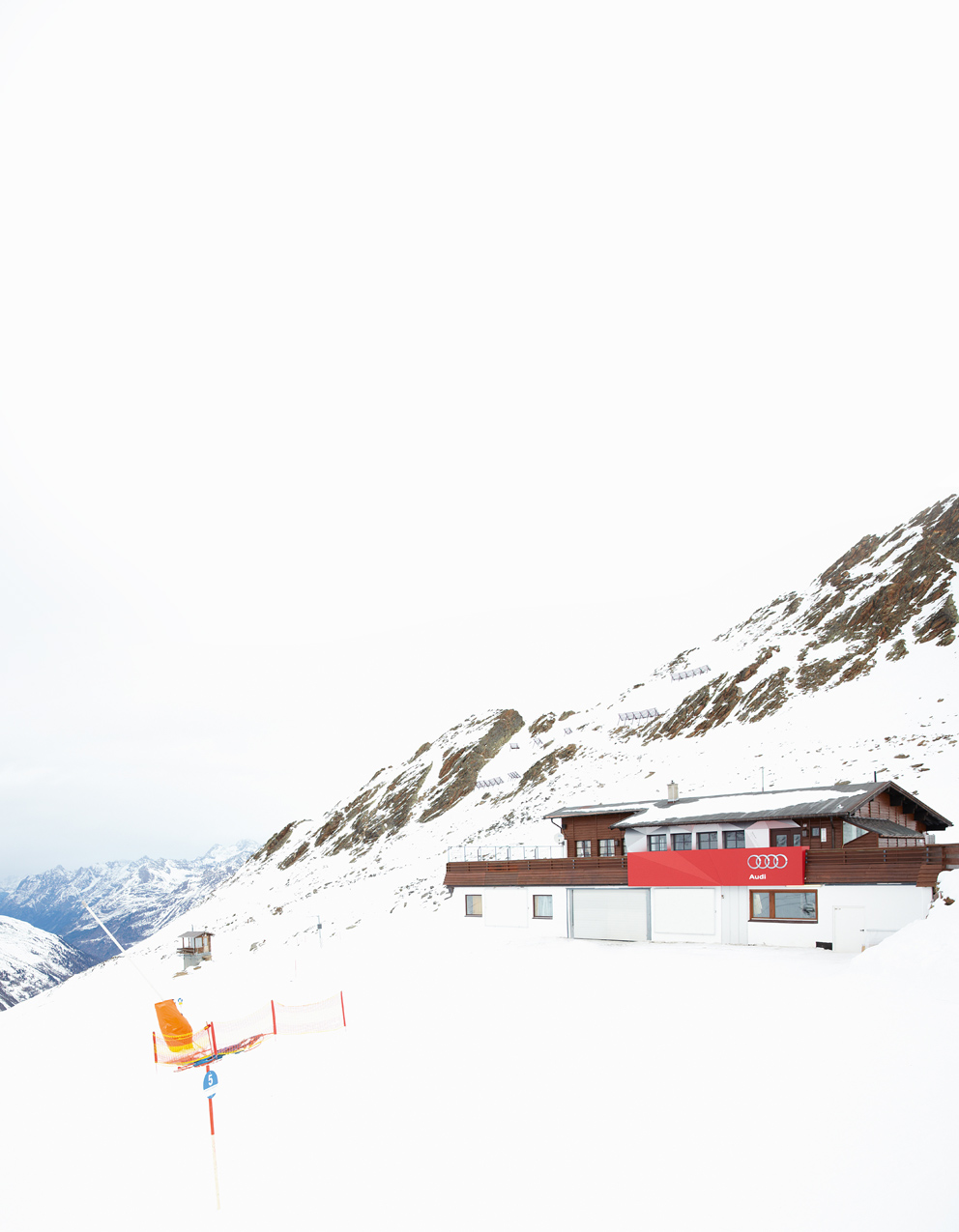 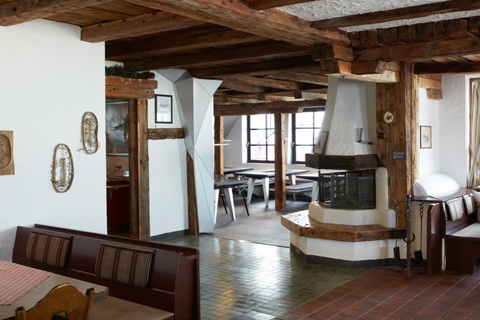 Going for contrast: The rustic alpine hut in the foreground gives way to the 2.0 version in the back. Photo © Designliga AUDI AG 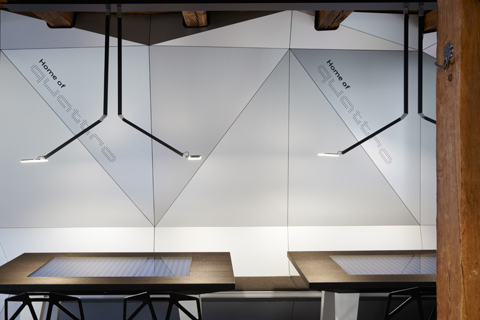 Are these tentacles or desk lamps? Roxxane by Nimbus mounted on a ceiling beam.
Photo © Designliga AUDI AG 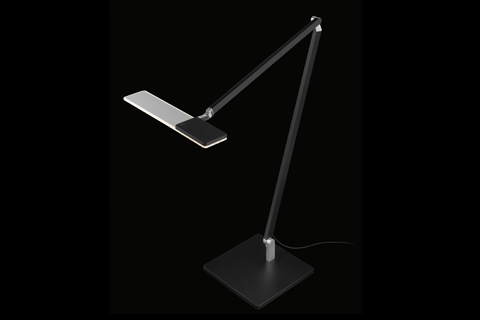 This is how the desk lamp is used under normal circumstances: swivel-mounted on a base plate.
Photo © Nimbus Group 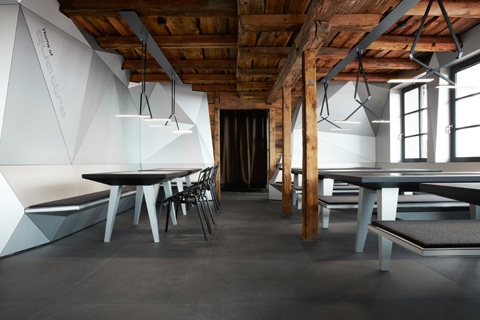 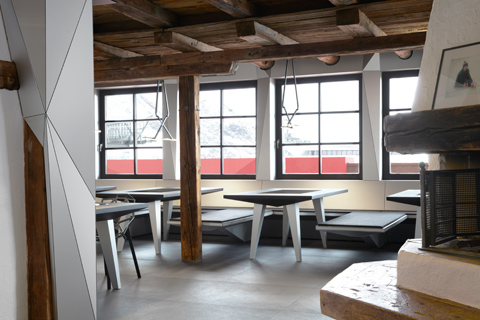 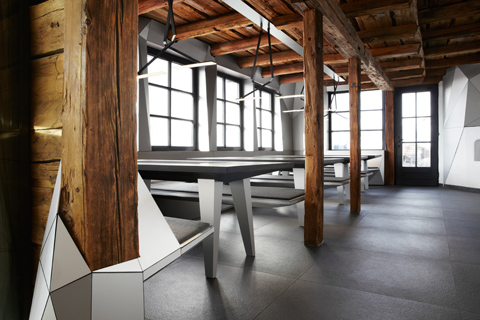 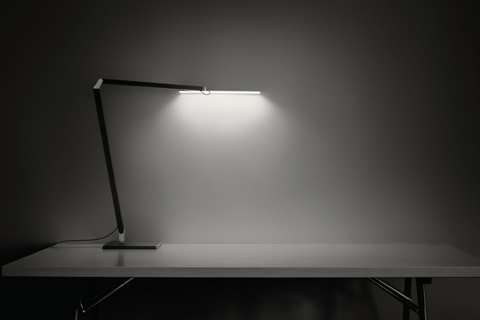