Hard to believe. Messe Frankfurt claimed it was going to be a new start, with no exhibitor at the customary location, with everything newly arranged and placed in readily comprehensible groups, with a special "Loft" section in the new Hall 11 as a real highlight. Hype? To the astonishment of many a visitor, perhaps: No. They came good on the claim!

Although the Frankfurt trade fair complex remains a vast space, where you can spend as much as 35 minutes traveling from one end to the other, this cannot really dim the delight of the visitor interested in design who moves between Halls 1, 4, 11 and the Galleria. So why is a visit to the Ambiente so much fun this year? Things start with the awards ceremony for the German Federal Design Prize, with which the trade fair traditionally opens. This year, for the first time there was a category for Communications Design (with the winners on show in Frankfurt's Museum für Angewandte Kunst) and a prize for the best new talent in Germany. These innovations really boost the event, and in the form of young textile designer Elisa Strozyk, the jury came up with an unexpected but great winner. The award created an appropriate counterbalance to the award of the Design Prize, which went to luminaire designer Ingo Maurer for his life's work - the speech in his honor was duly held by none other than Annemarie Jäggi, Director of the Berlin Bauhaus Archive. The awards thus formed a great start to an Ambiente that held many another surprise in store.

The exhibitions on the German Federal Design Prize and the Designplus Awards are not presented alongside the trend shows in the Galleria; it is the right platform, offering a concentrated and undisturbed view of the exhibits, something not possible last year, when everything was in a sub-optimal location.

Hall 11 first opened its doors recently and with its "Loft" offered a great cross-section of contemporary design. Manufacturers as different as Authentics (which presented a new product series: Patrick Nadeau's "Urban Garden"), Wodtke, Serafini, Klein&More, Hey Sign, Henry Dean and many others now enjoy a great new platform and opted for discerning and open stand designs. Ideal for visitors - and evidently successful for exhibitors, too.

That said, another new design focus is Hall 4, on whose lower level Stelton (with a spectacular collection by Paul Smith), Iittala, Mono/Pott (with new Formfjord products), Koziol (with its usual good cheer), Thomas, Leonardo, Eva Solo and Menu were just as prominent as were small labels, such as Italy's Italesse, which, with Luca Nichetto as Art Director (Italy's leading young designer) is now undergoing exciting developments. In the middle of it all: an exhibition initiated by Hochschule für Gestaltung in Karlsruhe and Seibel Designpartner that was a fresh counterpoint to the established makers.

Things were similar on Hall 4's upper level, now the new home to renowned porcelain makers. Here, again, younger labels such as Elinno from Finland were mixing things up.

In other words, at the new Ambiente, not only those who search around will find something, as visitors will discover countless inspiring or surprising objects. And that is the way to move forward. It will be exciting to see whether and how the Tendence, back in its old end-of-August slot, will pick up on things. 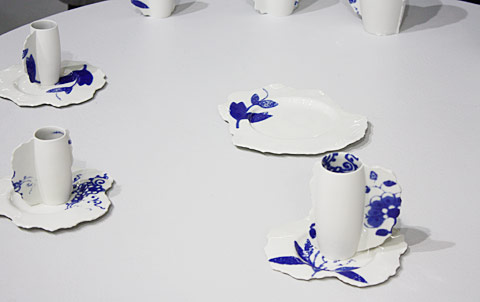 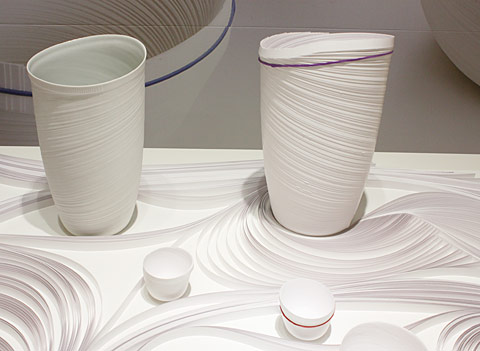 Papyrus by Vittorio Passaro for Rosenthal 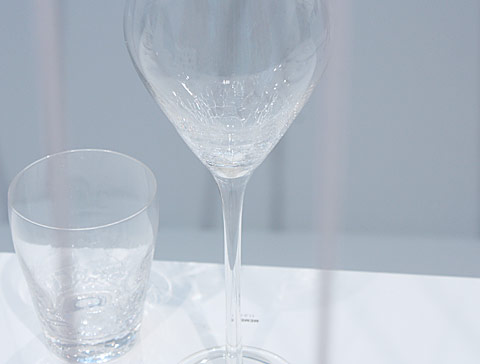 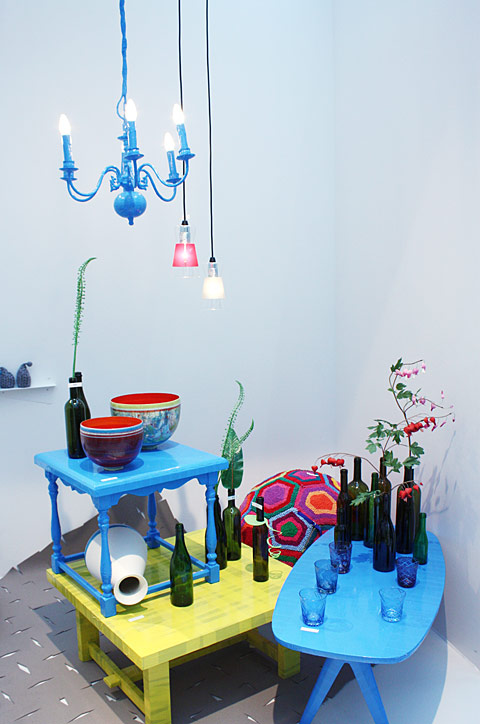 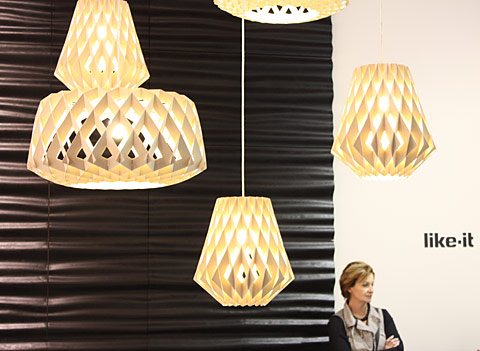 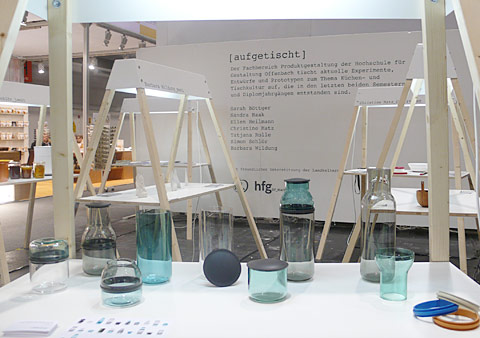 Booth of Hochschule für Gestaltung, Offenbach; in the foreground: Juuri by Sarah Böttger 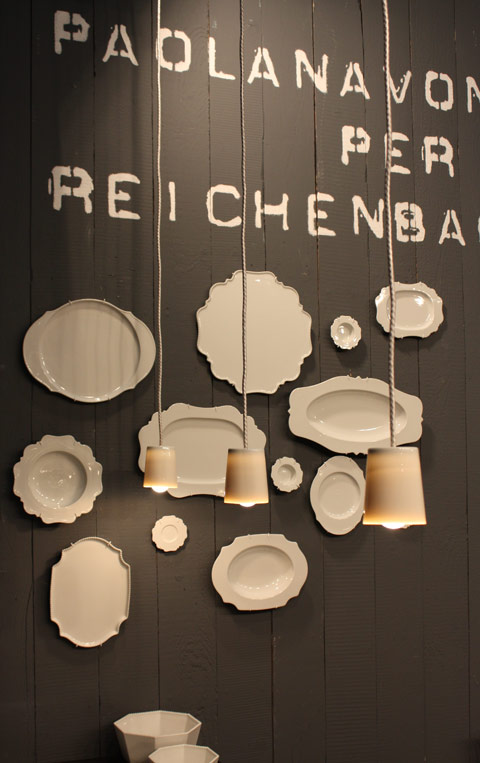 Taste by Paola Navone for Reichenbach 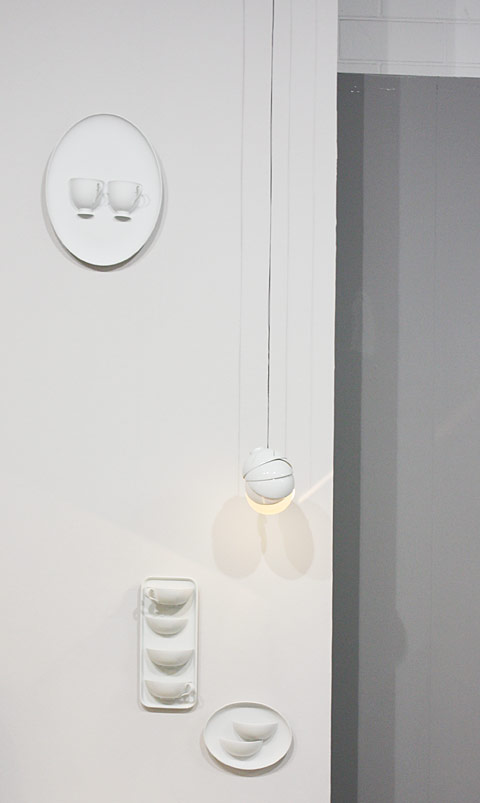 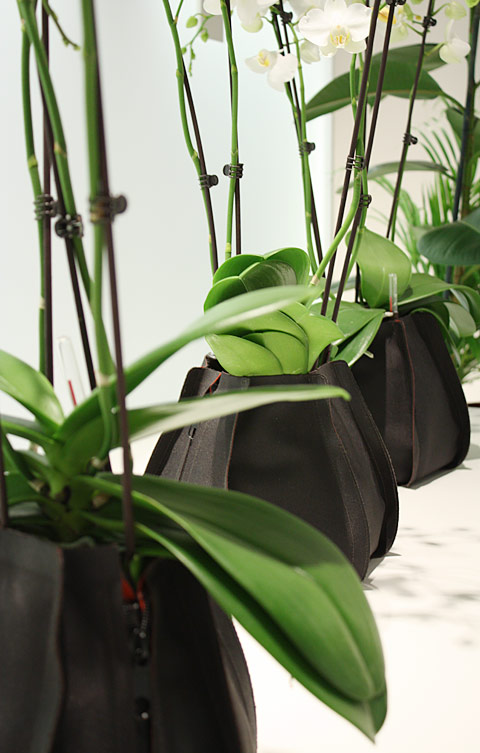 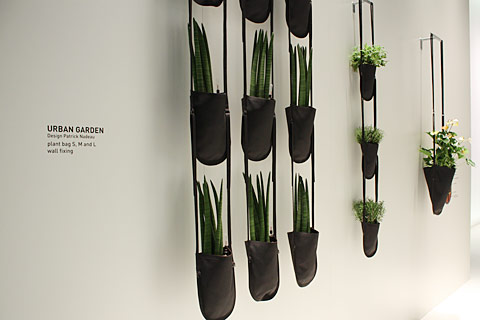 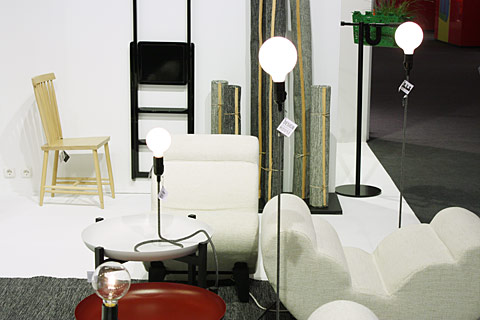 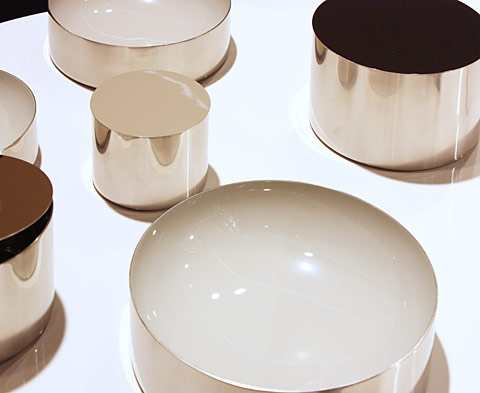