For their show at Berlin's Haus am Waldsee the internationally active architects at Graft have chosen a seemingly paradox title: "Distinct Ambiguity". This "clear ambivalence" offers a good description of their artistic approach, their projects and their position in the international architectural scene. Across the two floors of the villa in Berlin's pleasantly suburban Zehlendorf district we encounter projects from all over the world, above all in the form of elaborate computer graphics and small models; there are but few groundplans or plans per se. In the spacious rooms on the ground floor, Graft explain their approach by means of objects and individual concepts such as "curiosity", "narrative" or "happiness" as well as quotes from Friedrich Schlegel to Steve Jobs. The result is a decidedly Pop of a visual collage, from Berlin hot dogs through to a machine gun that is meant to symbolize "open design practice". Well, the whole thing oscillates between high culture and kitsch, provocation and amusing cabinet of curiosities.

The "Phantom" table fits in sweetly here – the architects designed it for Stilwerk. It looks like an elegant table cloth caught in the breeze, its corners slightly touching the floor. Yet this is not a matter of a concealed table-top and legs, as the high-tech item made of fiberglass and carbon fiber is self-supporting. And the perfect surface definitely contradicts the quote from artist Nam June Paik that Graft offers: "when too perfect, lieber Gott böse". Well in this case the architects would seem to have preferred to serve their client and ignore a possibly angry God and let their philosophy simply become a bon mot.

Graft's Berlin projects likewise demonstrate an impressive gleaming finish when it comes to sculptural inbuilt structures that are either leisurely curved or ingeniously multi-faceted and together create elegant spatial settings. With their conversion work for Hotel Q or for a dental surgery on the famed Kurfürstendamm they thus turned the original simple geometry of the rooms into a dynamic, colorful continuum in which walls and floor meld. This has a fresh and futuristic touch, charming, highly contemporary and yet a little bit retro. The cheeky curves are reminiscent of the verve of Verner Panton, Eero Saarinen or Ken Adams, whose bright optimism of the 1960s and 1970s was considered dead and buried only a few years back. But the roots of such a purportedly innovative formal vocabulary go back much further, to the playful rooms invented in the Baroque and Rococo, which now and again put in an appearance in the swirl of images in the exhibition catalog.

By contrast, Graft's design process, the visualizations and in particular the elaborate and later highly technical realization of such discerning spatial structures is extremely modern and inconceivable without computers and high-tech materials, and thus decidedly cutting edge. Yet the three architects are not just interested in outer guise. When touring the exhibition you often encounter words such as "climate change", "sustainability", and "ecology". For the trio, technical considerations can be a launchpad for a design and generate new shapes.

As with the villas for Kuala Lumpur, which boast a white outer skin that can collect rainwater and whose graphically curved protrusions serve to enhance ventilation. Or with the "Vertical Village" in Dubai, where the flat buildings disappear under a huge, vaulted sun roof that both provides shade and optimally aligns the solar collectors. By contrast, the high-rise blocks are geared to provide as much shadow as possible. In other words, there are good reasons for many of the details and grand gestures, or, to put it in very German terms, there are rational explanations for aesthetic decisions. For example, with the proposal for a Jewish Museum in Moscow. In the historical bus terminus designed by Konstantin Melnikov Graft develop a softly undulating hilly landscape in which the offices and exhibition rooms are in part subterranean and thus emphatically highlight the filigree structure with its great span width.

The architects from Los Angeles, Berlin and Beijing win us over with words and images, and it therefore remains to be seen what the realized buildings actually look like. The big question is whether the real thing will be convincing in spatial, functional and urban planning terms. Because most of the designs are still projects or will never get off the drawing board, such as the proposal for a temporary art gallery in Berlin, which was quite spectacular when first mooted. The seemingly transparent cloud that appears to float over Schlossplatz stood (at least in the conservative world of building in Berlin) for a departure into a new architectural future. Thankfully, the international team has evidently still lost none of its optimism. 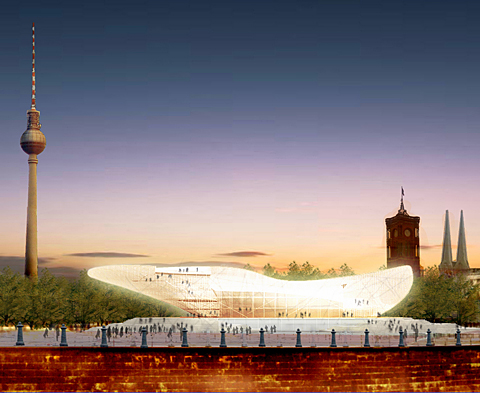 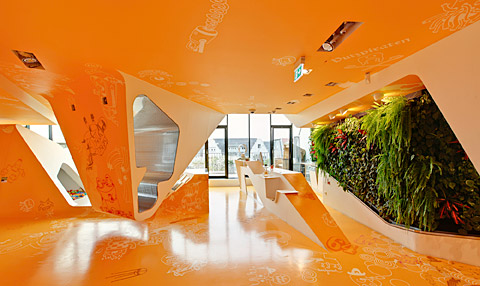 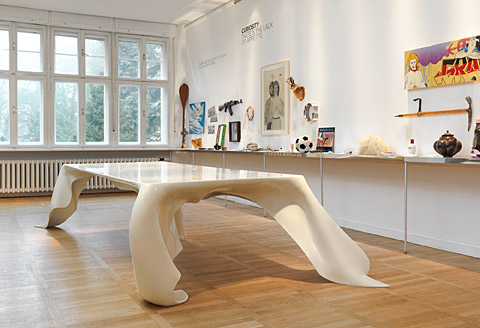 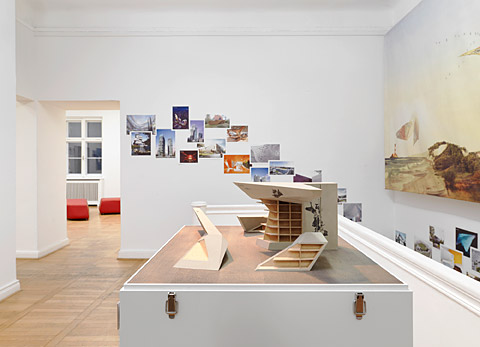 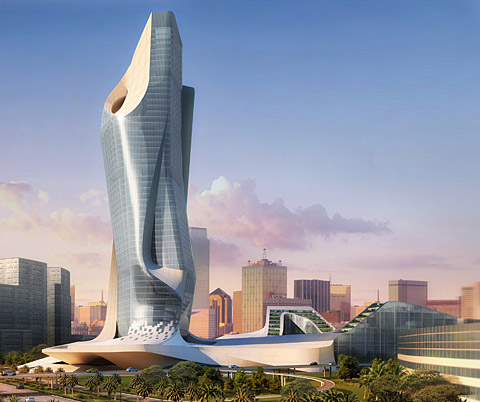 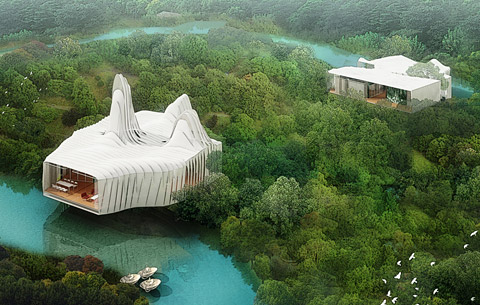 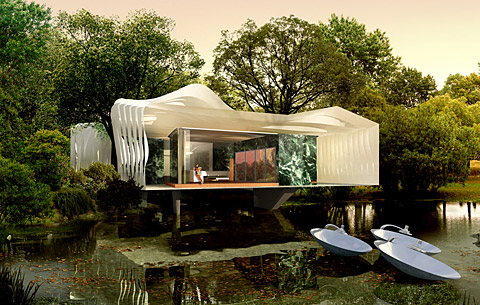 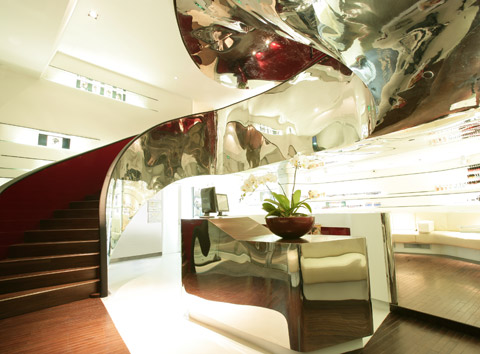 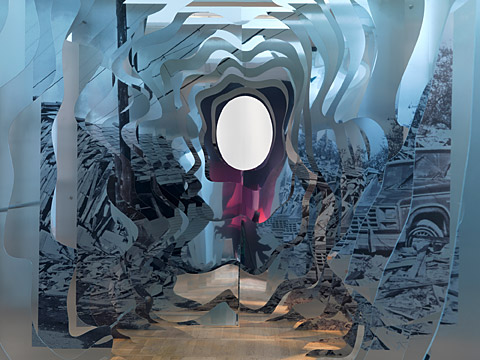 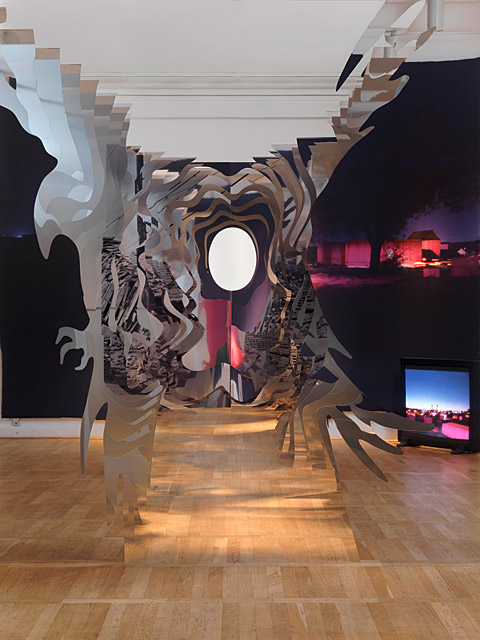 A bird out of mirrors, photo © Bernd Borchardt
Advertisement