The fish are beautiful. Mounted on poles, they flap about, almost transparent, in the breeze, high above the bridge leading from the back of Amsterdam central station across the harbour basin. There are big ones and small ones, all with their mouths gaping open to catch the wind, blowing them up. A few poles are already fishless. Apparently, some Amsterdam residents think the air-fish look good on their balcony at home.

The "Fish in the Sky" installation, by Korea's Nothing Design Group, is part of the "Droog Event 2: Urban Play", which in turn is part of the Experimenta design biennial. Experimenta? Wasn't that a Portuguese event? That's right. But now, thanks to Dutch design platform Droog Design, it is now: "the first annual biennial in the world", according to Experimenta director Guta Moura Guedes, for when the mayor of Lisbon unexpectedly cancelled ExperimentaDesign's subsidy last year, resulting in the abandonment of their fifth edition, Droog Design invited the homeless 2008 biennial to Amsterdam. The first ExperimentaDesign Amsterdam opened on 18 September. But now Moura Guedes has once again convinced Lisbon City Council of the value of the event, so the biennial is due to return to Lisbon in 2009, prior to making a scheduled appearance in Amsterdam in 2010.

It is questionable, however, how much of this year's event is down to Droog and how much to Experimenta. It seems, at least, that Droog Design was responsible for selecting the locations for the installations and exhibitions, as well as for the choice of projects. Organising a biennial, which focuses specifically on urban spaces (the slogan for which is "Space & Place") efficiently from a distance of several thousand kilometres and without good local knowledge would be practically impossible. However, there's a good reason why the "Sunday Adventure Club" show is being held at the Droog store in the Staalstraat and why the word Droog appears in bigger print than the word Experimenta on the black and white flags marking the Urban Play installations.

An extremely entertaining exhibition featuring semi-legal artistic interventions in public spaces, in a room below the fish-adorned bridge, forms the heart of "Urban Play". The fish belong to a second part of the event, a waterside route, linking the projects, which demonstrate, what this type of intervention could look like in reality. "Sculpt Me Point" by Martí Guixé - a cube of white, aerated concrete blocks, on which passers-bys can try their hand at sculpture with hammer and chisel - Jan Konings' temporary hotel capsule, Martín Ruiz Azúa's "Plaited Fence" and "Moving Forest", a shopping trolley installation by NL Architects. Boom Bench, a park bench with Bluetooth connectivity and integrated loudspeaker, is another installation by NL Architects. The Boom Bench stands at the ferry landing stage in Amsterdam-Noord and is apparently the most successful object for, every evening, small groups of hoodie-wearing youths hang around it, hip-hop tracks blaring from mobile phones into the surrounding area.

Stefan Sagmeister's contribution to "Urban Play" was at least as convincing, if considerably more fleeting. The graphic designer laid a gigantic, fragile relief made of 300,000 one-cent coins on an area of the Oostelijke Handelskade. There, the phrase "Obsessions make my life worse and my work better" appeared in Gothic type and shrouded in flowers. The copper coins shimmered beautifully in the sun, evidence of days of hard work. However, the enjoyment was short-lived - the police paid a visit the first night and took the decision to pick up and securely store the coins before they were stolen.

The fact that the police were not informed of the event speaks volumes. There's no other way of saying it: ExperimentaDesign Amsterdam suffers from poor PR - a couple of very inconspicuous posters only appeared on the opening weekend, none of the press conferences attracted more than thirty journalists and many of the events were attended by more Portuguese visitors than Amsterdamers. The fact that the over-arching event "Four Weeks of Freedesigndom" is somehow behind ExperimentaDesign and that a number of other city exhibitions are presented as being part of the fringe programme but don't really belong to it, doesn't make external communications any easier.

Appropriately, at the exhibition "Come to My Place", for example, one is entirely alone on a rainy Saturday afternoon. Yet, this small exhibition at the Westerhaus is great fun. Design teams from eight countries were given the chance to furnish a national living room. The results vary from a surreal Oprah-Winfrey homage and pitch-black Austrian dark room to a Portuguese kitchen. Incidentally, the exhibition location, the Westerhuis recently became the new home of Marcel Wanders. Wanders purchased the old school in the Jordaan district of the city, set up his studio and Moooi showroom there and is planning to open a restaurant as well. Originally, the "De Appel" art centre had its eye on the school but, at the end of the day, the city chose Wanders. Extremely successful, both creatively and commercially, the Westerhuis is currently a showcase for the creative industry, a phrase which warms the hearts of the marketing experts for the city of Amsterdam. This may also be one of the reasons why Droog Design succeeded in bringing the Portuguese biennial to Amsterdam. "ExperimentaDesign isn't just about the "Creative Class" in the context of the creative economy but the citizens of Amsterdam as well", Droog director Renny Ramakers said at the opening - a praiseworthy objective which, with a better PR campaign, would have definitely been achievable. 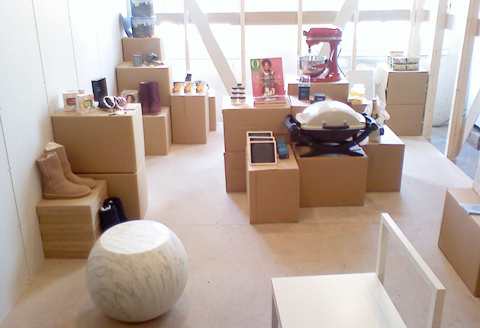 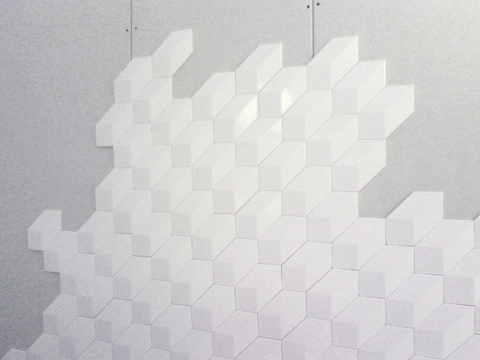 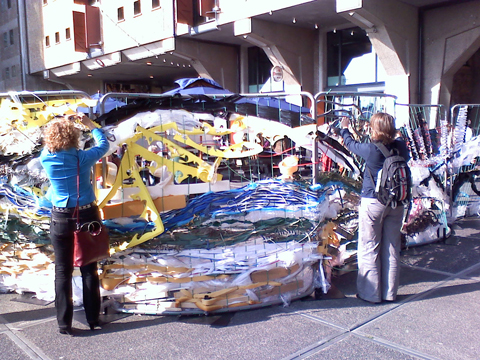 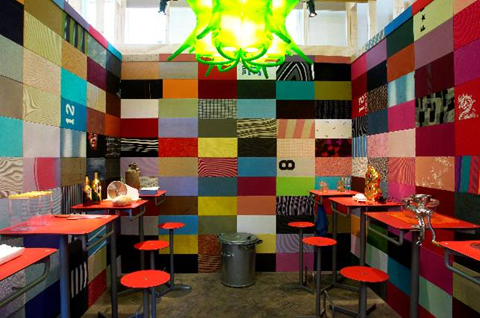 Come to My Place by Maxim Velcovsky/QUBUS Studio. © Edo Kuijpers 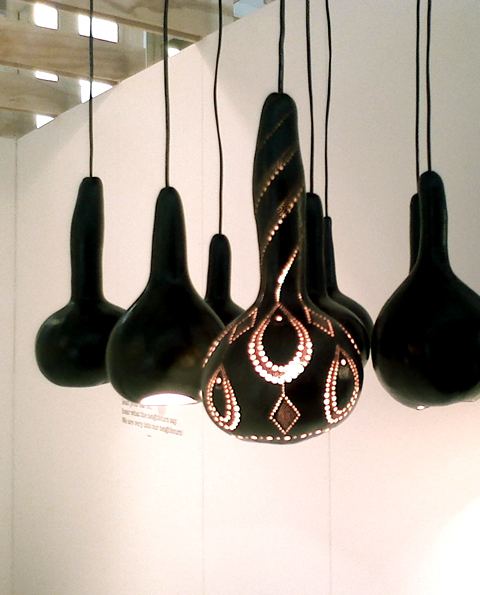 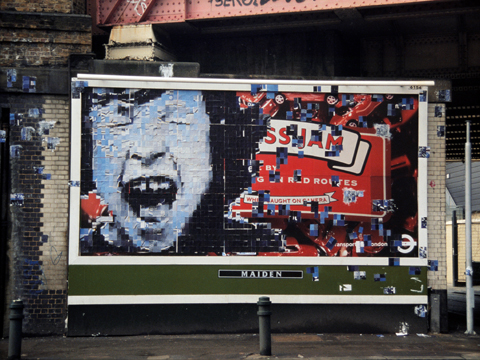 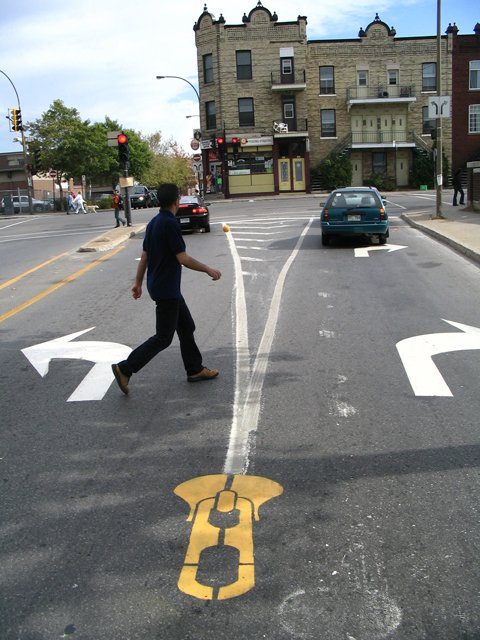 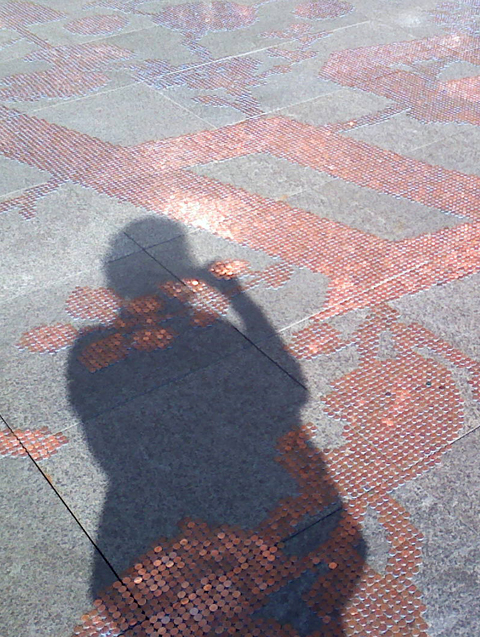 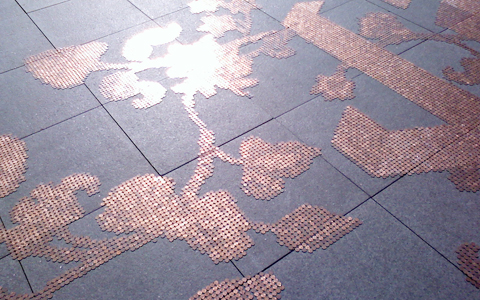 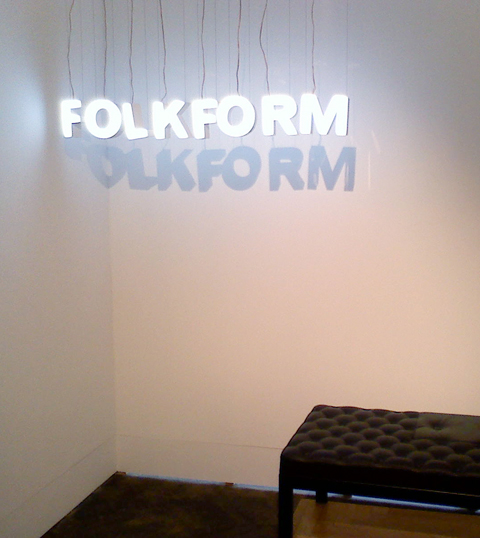 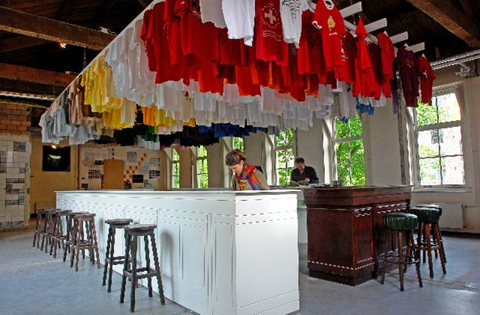 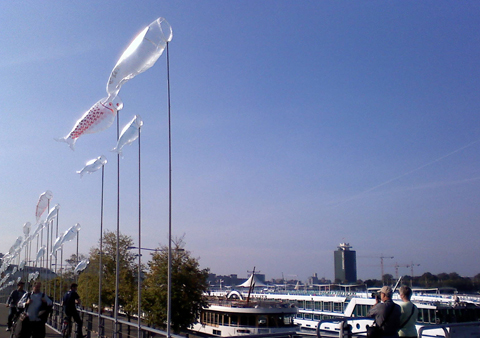 Fish in the Sky by Nothing Design Group, © Anneke Bokern 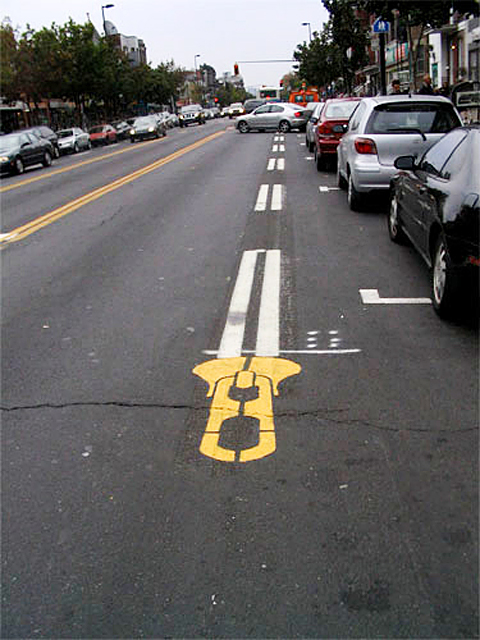