Just to avoid any misunderstandings: I have never been on a cruise in the Mediterranean or Caribbean and I don't intend to spend my vacation on an ocean giant either. I have seen the colossal liners in the harbors of Venice and Istanbul and lying at anchor in the bay of Dubrovnik from a very different perspective, namely, that of the observer on land. And from this perspective, the groups of floating hotels bearing thousands of passengers not only inundate the land and narrow alleyways of the historic port cities, the centers, or at least parts, of which are primarily devoted to pedestrians, but also obstruct the clear view of the respective lagoon, sea or bay. In short, when they leave the expanses of the ocean and congregate along the coast, they are in the way and their passengers descend on the streets and nooks of the cities they stop at in droves.

Thus my intention here is neither to provide a detailed analysis of the opulent design of these floating combinations of hotel, shopping mall and leisure park, nor conduct a socio-psychological study of the people who use them. What I consider to be most in need of attention is the design of the entire "cruise ship system". And that has a great deal to do with the desire to go on vacation and stay at home at the same time.

It has been a long time since travel was an elite sport. And globetrotting en masse poses no threat to our outlook on life either. Nonetheless, a remnant of the grand imperial idea of the vast European empires, which were built on dominion of the seas, has remained in every passenger undertaking a big journey. Indeed, even the wish to leave behind the frustrations of the mainland once and for all has survived in the rooted weighing of anchors and leaving, and promises at least some remedy.

It becomes clear that the huge cruise liners are far more than just mobile hotel complexes when we consider in somewhat more detail any example, such as the "Costa Deliziosa". The almost brand new ship of the Italian cruise line Costa Cruises sails in the Persian Gulf, the Indian Ocean, the waters around the Maldives and in the North and Baltic Seas. Not to mention offering cruises to the Canary Islands and a round-the-world trip. The colossal ship, measuring 294 meters in length and 32 meters in width, can accommodate up to 2,826 guests, for whom there are 1,130 cabins. 52 have direct access to the spa area and there are 106 suites each with a balcony, plus 662 further cabins with a private balcony. There are four restaurants and eleven bars on board, and for the interior décor such furnishing materials were used as marble, granite and wengé wood, as well as 970 chandeliers made of Murano glass, for example. And so that passengers do not start twiddling their thumbs on board, there are all kinds of amusements available. These include a golf and Formula 1 simulator and an open-air roller-skating rink. One of the three swimming pools can be covered with a glass roof.

The industry has been following a recipe for success for years. According to a survey by the Deutscher ReiseVerband travel association, the number of passengers has increased by 450% in the last 16 years, although in 2008 still only 1.6% of all Germans went on a cruise. One reason for their success is that cruises cater to every taste, every budget and every age. If alternating between sunbathing and excursions on land is not enough, you can book an activity in the "sports" or "expedition education" categories, the latter being a remodeled form of study trip, a musical excursion accompanied by the Viennese Philharmonic Orchestra, or travel as gourmets, well looked after by top chefs, "From oysters to caviar".

Thus we can see cruise ships as mobile all-inclusive holiday villages on the sea, or as a version of traveling on a moving island of luxury. The island infrastructure guarantees anything and everything passengers need and satisfies their desire for safety. Yet these floating palaces are less a kind of holiday club and more a mixture of temple, amusement park and circus tent containing any number of ways for passengers to amuse themselves as they desire. Here, feeling good is compulsory.

All this not only illustrates the tendency to want to reside in the feel-good domain of capitalism in the long term. Rather, it is also the case that anyone who goes on a cruise takes this artificial illusory space with them wherever they go, be it Asia or the Caribbean, tourist hotspots or the slums of the Third World. Consequently, from the outset the cruise system markets the license to keep anything foreign at a distance and transform it into a picture. It is not the uncertainty and risk of an experience that could change the traveler that is the focal point here, but rather the confirmation of his own entitlement to superiority and untouchability.

Although travelers approach the unknown and foreign under the protection of a well-organized group, they do not really experience it. Or they just see it as a backdrop, as in a postcard or video. They want to see distant foreign shores, but only that. Even where passengers encounter dirt and misery, this is always with the knowledge that they will soon be dining again with their usual companions on board and can regale them with their experiences in the form of anecdotes. Thus exotic trips are the icing on the cake of passengers' own comfort and the good dose of excitement generated by a vacation that never leaves its own protective bubble and is therefore non-contact. By suspending every kind of threat, cruise ships are nothing but a mobile tourist version of a gated community. Only those who pay the entrance fee are allowed in. And only those who are inside are safe from every danger. 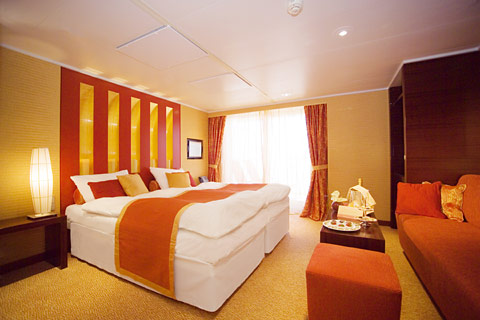 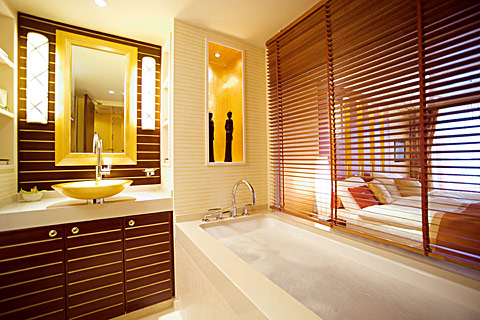 Bathroom of a suite in MS Europa, photo: Hapag-Lloyd Kreuzfahrten 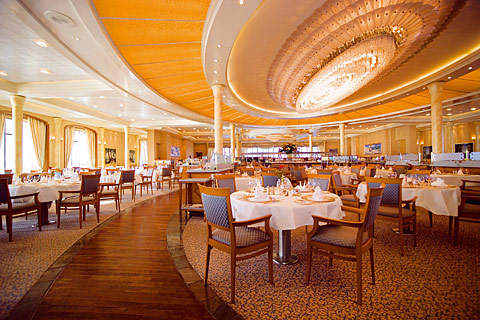 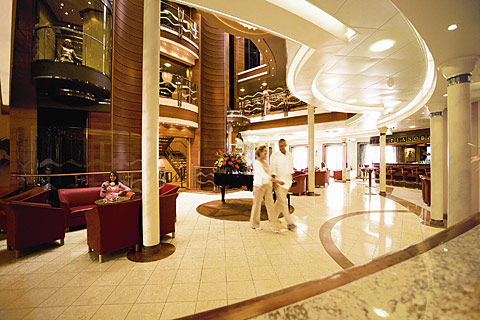 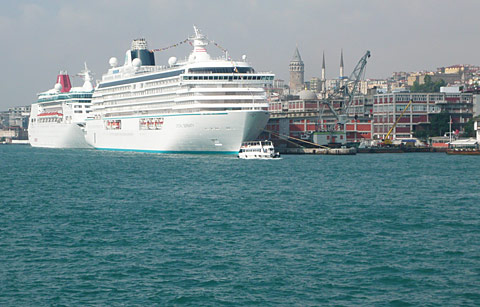 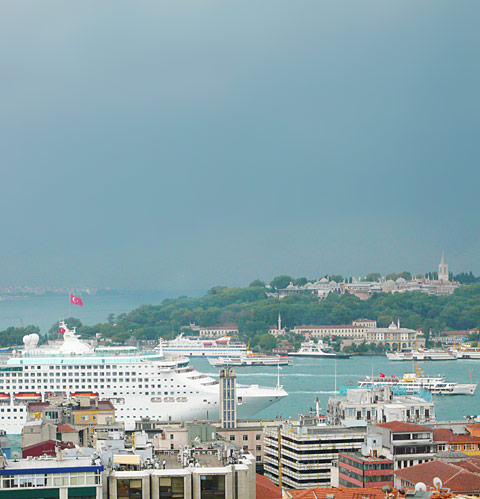 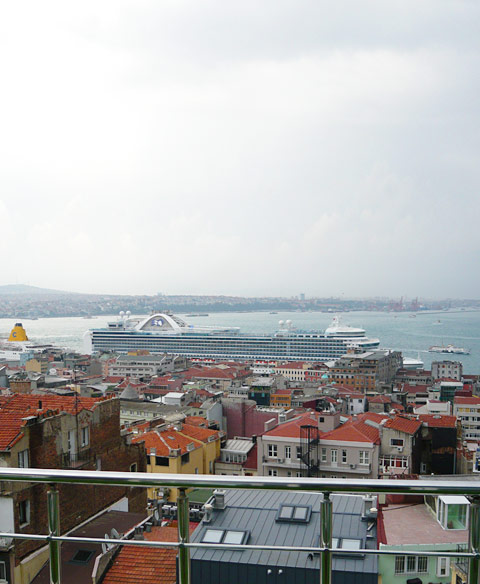 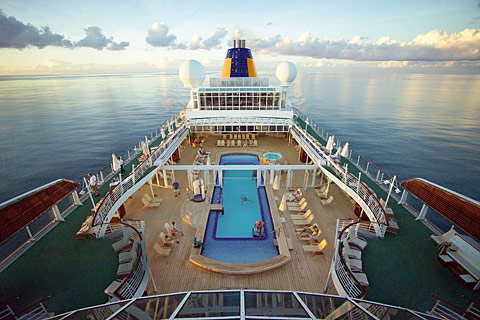 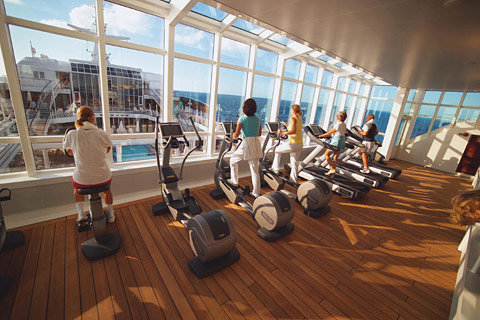