“Intimate” is certainly not the first word that comes to mind when you step into the gigantic turbine hall at London’s Tate Modern. The space used to house gigantic engines that churned out power in the days before the building was converted into a museum, and here visitors shrink to the dimensions of dwarves. Anyone wishing to foster a sense of intimacy in this massive hall needs to really muster all forces. And French artist Philippe Parreno has done just that for this year's Hyundai Commission. His work “Anywhen” with spotlights, loudspeakers, projections and white panels seem to have a life of their own in the huge hall. Film sections, current political statements, sound, light and dancing shadows envelope the stunned visitors, and are driven by random generators.

As if it were all a giant mechanical ballet, as if guided by magic huge white panels descend from the ceiling. The total of 19 large-size sound panels form the sidewalls and ceiling of a space within the space that is closed off at the front by a large screen. Which is itself part of the action. Because just as the changing acoustic and visual recordings are played, so too change to the structure of this ephemeral space is part of the experiment here, with Parreno constantly reconfiguring the individual elements of the installation.

The 19 sound panels are products made by Danish textiles specialist Kvadrat, which is generously supporting the installation at the Tate Modern as part of its extensive program of patronage of the arts. The Soft Cells sound panels were technically calibrated specially for Parreno’s project. The three largest elements, and they close the top of the space in the space  (each is 16 meters long and 2.5 meters wide) were in fact specially developed from Kvadrat Soft Cells for the purpose and assembled by experts from the company on site in the turbine hall. Thanks to the Soft Cells Philippe succeeds in creating not only a spatially but also an acoustically insulated sphere that despite being located in the heart of London also seems to be a microcosm of its own. (fp) 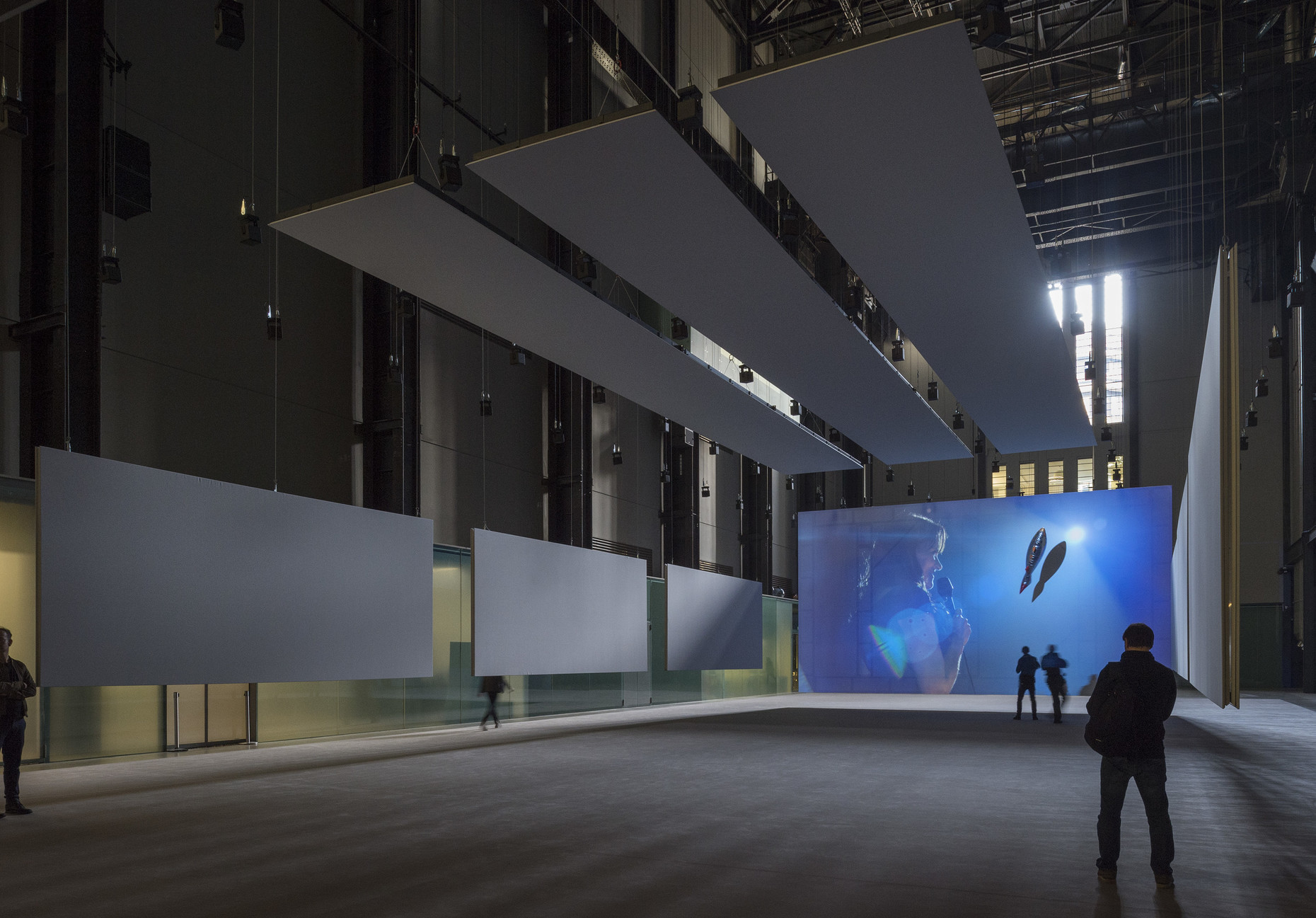 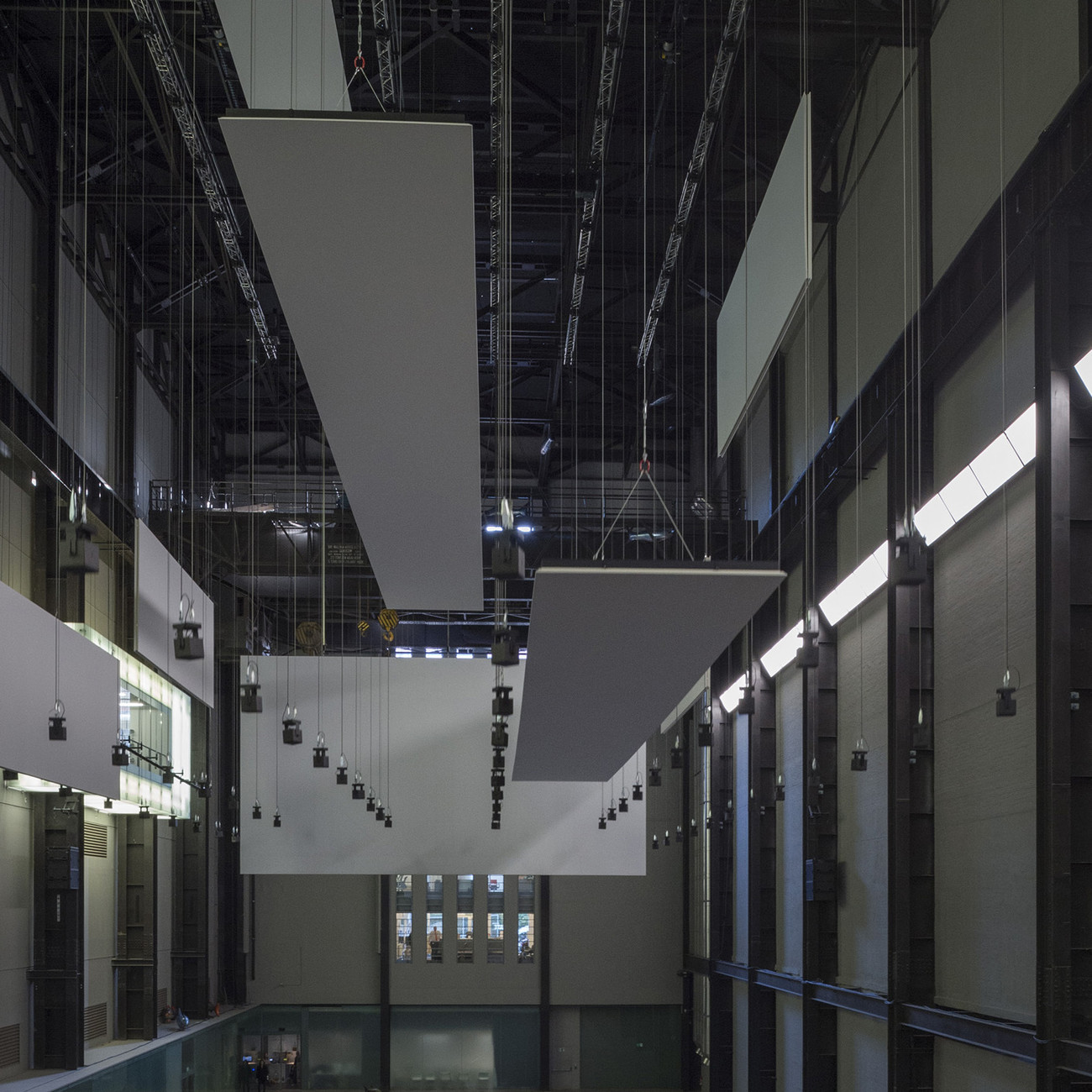 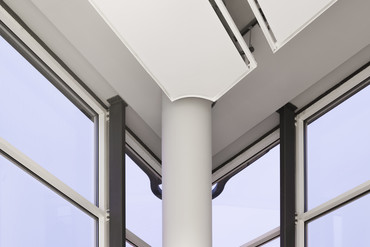 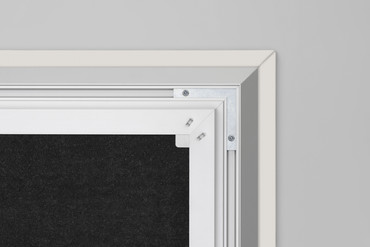 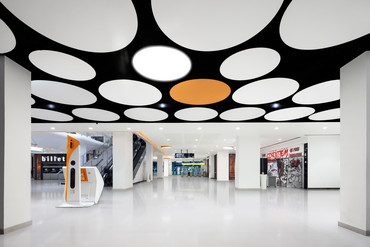 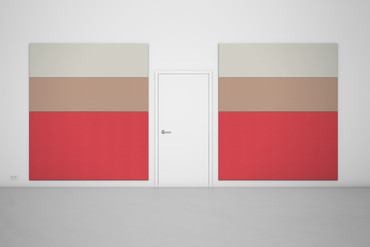