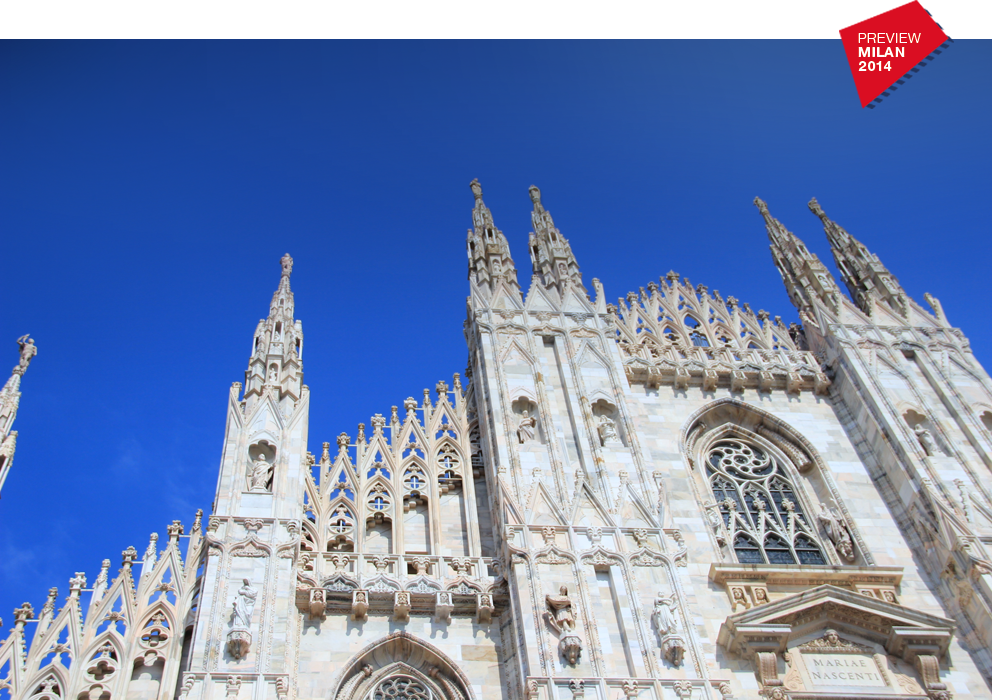 April is underrated. It has a tough time being loved. April is traditionally considered a moody month, one when showers and sunshine alternate faster than you can open or close your brolly. Not that you can trust the weathermen this year. Ever since we started using expressions like “climate change” and “two degrees max” as part of a global vocabulary, February is suddenly like April used to be – and from now on it’s gonna be summery and warm. Yet we shouldn’t forget that April is the only month to start with tricks. Who knows, perhaps it embodies like no other month the contradictions of days such as these, sunny bright one moment, somber the next, spring-like but frosty, soft and wild. Well, April is capricious. And it is thus only fitting that Milan Salone del Mobile always take place in April.

Divas offer us the joy of more ...

Or is the furniture industry and all the designers in orbit round it anything other than a capricious diva? Well it most certainly is, and in a dual sense at least. Because nowhere else is the design so colorful and varied, so extravagant and kitschy, so conventionally sound and experimental, so innovative and so bereft of ideas as here; no other design event offers the joy of more as do the Salone and Fuorisalone – in the trade fair halls in Rho and of course in all the countless satellites round town hosting exhibitions, presentations, projects, events, and cocktails.

... but can be very capricious.

On the other hand, the opulent design-fest in the Lombard capital is not without its moods. Since there’s such an overkill in Milan, the one or other manufacturers – such as Nils Holger Moormann – consciously steers clear of the Salone or opts to take the stage elsewhere, preferring to present their new products in Cologne (again) or wherever. Too much is simply also not good.

Another thing that catches the eye is that it is not always easy, possibly at times ever harder, to find out where the really exciting things are on show. While a few years ago the Zona Tortona with Superstudio Più was simply ablaze with ideas, it is now increasingly suffocating in commercial hustle. While the young and old, the lone wolves, the small labels and colleges tend to be bustling around Ventura Lambrate – in high-end lofts, huge factory hall and old garages. But in capricious April the wheel keeps on turning, and thus yet another format has been invented, the Ventura Hive, and the 5Vie around the Via San Maurilio brings an additional location into play. Here, art and design are supposed to converge and Maarten Baas is taking the stage with a new collection called “Baas in Town”, rounded out by pieces by Bertjan Pot, fashion designer Walter van Beirendonck, and a few others. Remains to be seen what the upshot of all this is.

I know I need never care...

One thing seems to be a dead cert: In Milan any amount of colorfully lacquered furniture will be on show. And there’ll be any number of signs of a new metallic age. Alongside marble and metal there’ll be plenty of gold, brass and copper for the better-off design cognoscenti. Tinnier than ever.

And although many designers don’t reveal until the very last minute which new products they intend to display (because either they’re still putting the final touches to the prototypes or they’re afraid of the me-toos) we’ve still managed to unearth a lot. And we’ve listed the got-to-see exhibitions and events for you, too. Because while Old Bill Shakespeare felt driven by April in his sonnet “From you have I been absent in the spring / When proud-pied April, dress’d in all his trim, / Hath put a spirit of youth in every thing,” we’ll already be driving in April, heading for Milan.