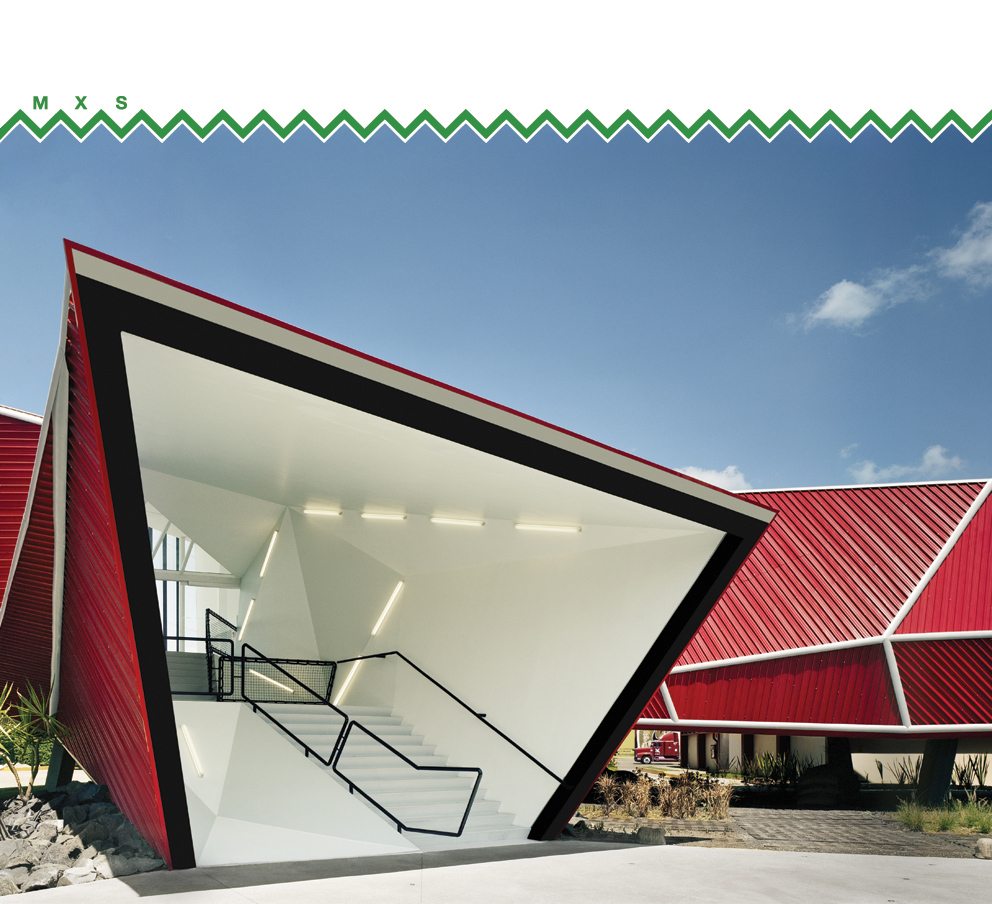 Folded and creased like an origami snake, the “Museo del Chocolate Nestlé” – or chocolate museum – winds along the Paseo Tollucan expressway near the town of Toluca. The structure has been nicknamed “Red Alebrije”, in analogy to the eponymous Mexican fantasy figure, a small animal-like creature carved from wood and painted in bright colors. The rooms of the museum look something like the set Tim Burton once dreamed up for his movie “Charlie and the Chocolate Factory”: Following an introductory presentation on the history of chocolate, visitors wind their way through corridors, tunnels and observation decks until they reach the factory grounds proper, where the chocolate is made, and find themselves wholly immersed in the world of sweet delights. Amazingly, the building took just three months in the making – and that includes the time spent designing it.

The architects who went about designing and planning this structural homage to chocolate with such zest are the members of Rojkind Arquitectos. Michel Rojkind founded the firm in 2002 in Mexico City. This is where he was born and raised; this is where he went to university. Since 2010 Rojkind has been leading the 25-strong architectural team together with his business partner Gerardo Salinas. For Rojkind, architecture is so much more than complying with a spatial planning brief and banging together the requisite structures, however appealing they may be. Indeed, the way he sees it architecture is destined to respond to social, political and economic needs, thus offering added value to society.

With his project “Portal de la Percepción” (“Portal of Mindfulness”) the architect has set out to raise people’s awareness of urban space – and this is what he’s done: On the Paseo de la Reforma, Mexico City’s most prominent boulevard, the architects set up an installation with metal cups. On 1,497 nodes they arranged close to 1,500 cups in different colors into a network that forms a kind of canopy over the pedestrian path. The shape of the structure and the reflections on the colored metal cups suggest to pedestrians that the portal is moving as they walk through.

Enhancing the quality of the urban space

With his project dedicated to modernizing and extending the “Cineteca Nacional Siglo XXI”, the national film archive and film institute, the architect likewise went beyond what is commonly defined as “good” architecture. Here, Rojkind Arquitectos augmented the urban environment by introducing additional offerings into the space, including for example an open air theater, retail spaces and extensive landscape design. These additional uses illustrate what the Mexican architect has in mind when he talks about architecture’s added value for people. He is a firm believer that architects should use their ability of recognizing spatial qualities so that everyone can experience them beyond the actual project brief.

Rojkind’s list of national and international projects, publications, exhibitions, jury memberships, lectures and accolades is impressive. The nicest distinction Rojkind ever received was probably the one made by Wallpaper Magazine in 2011, when it described Rojkind as one of the “150 Movers, Shakers and Makers That Have Rocked the World in the Last 15 Years”. And if you look closely, you can tell that Michel Rojkind really did shake things up in one of Mexico’s most popular bands. As an architect he is now making is mark on Mexico and the rest of the world. 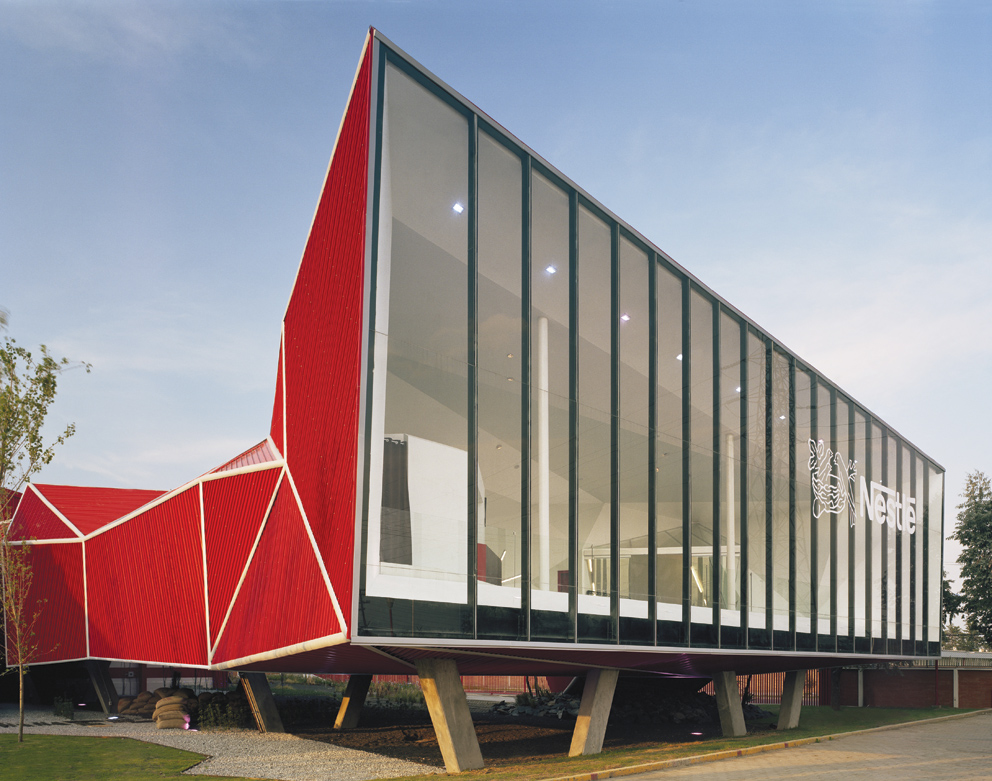 The museum winds through the countryside on pillars. Photo © Rojkind Arquitectos, photo by Paul Rivera 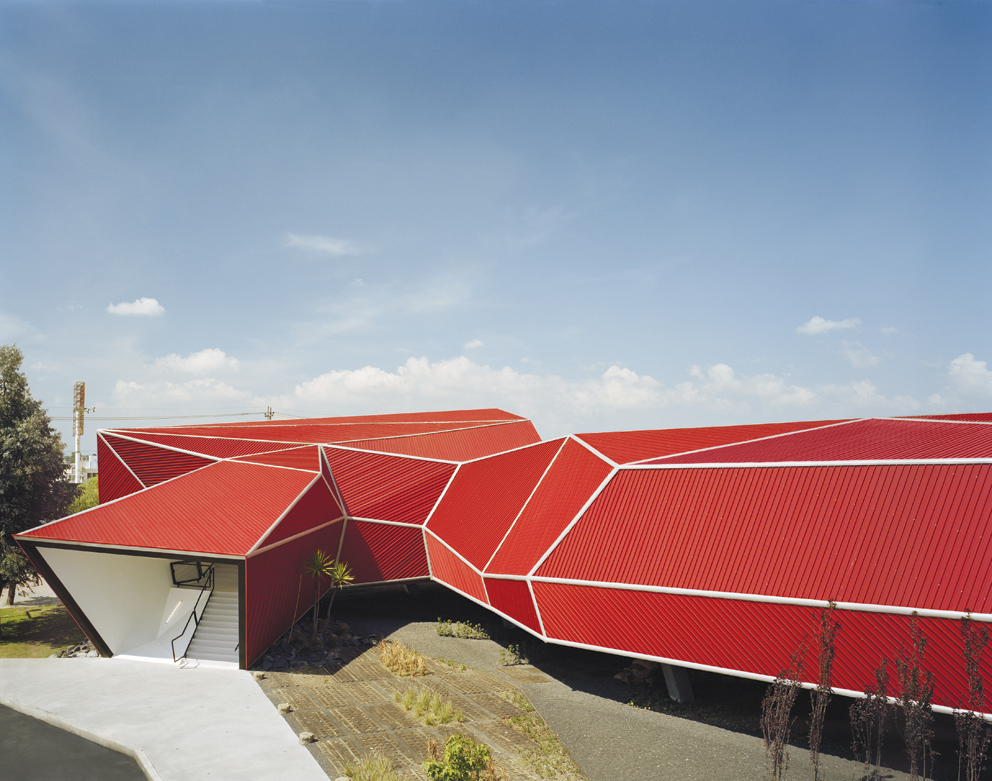 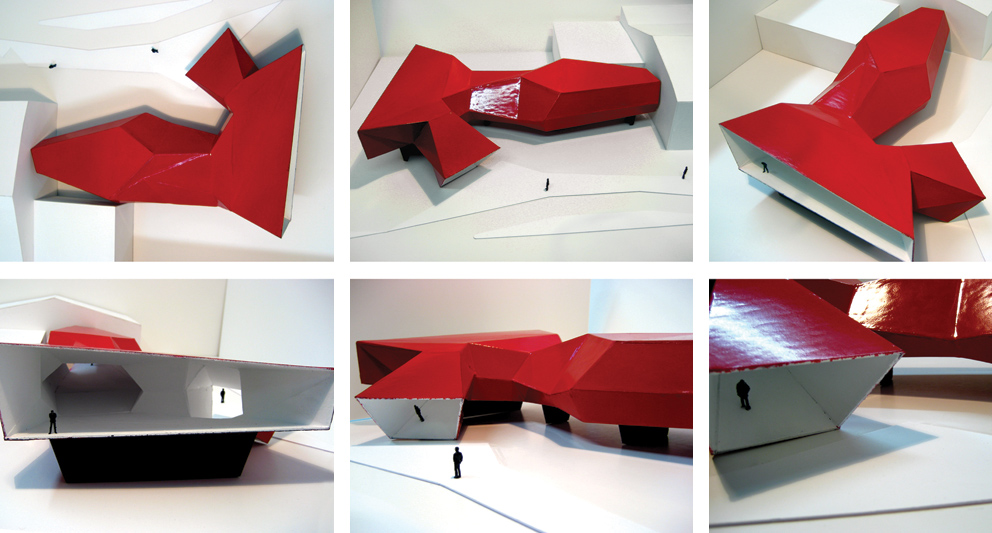 In the model study it becomes visible how the entire building docks to the existing chocolate factory. Photo © Rojkind Arquitectos 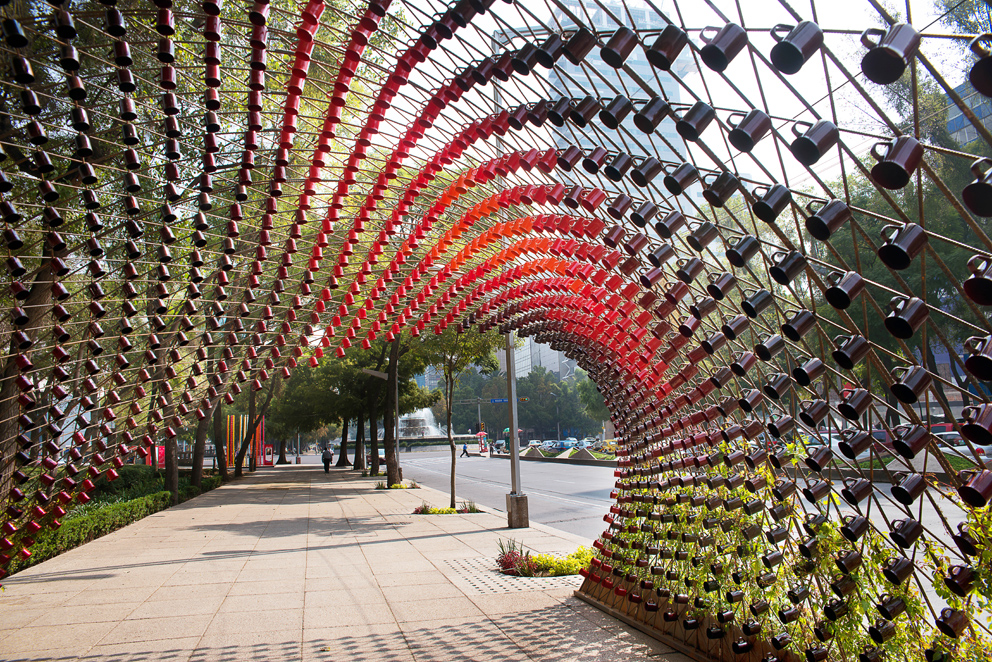 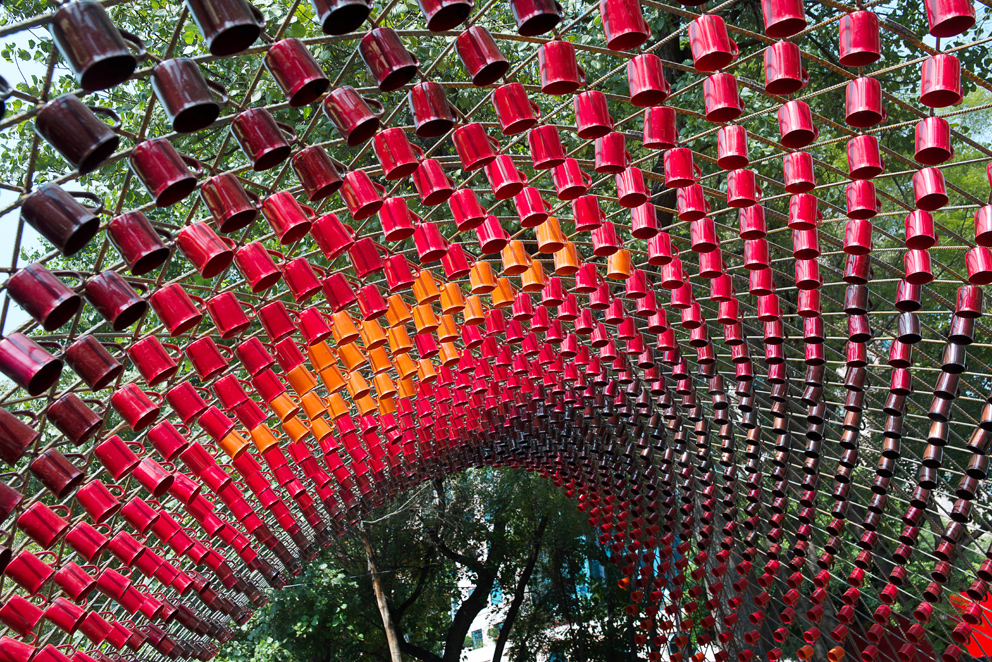 One cup is mounted at each 1,497 nodes. Photo © Rojkind Arquitectos, photo by Jaime Navarro 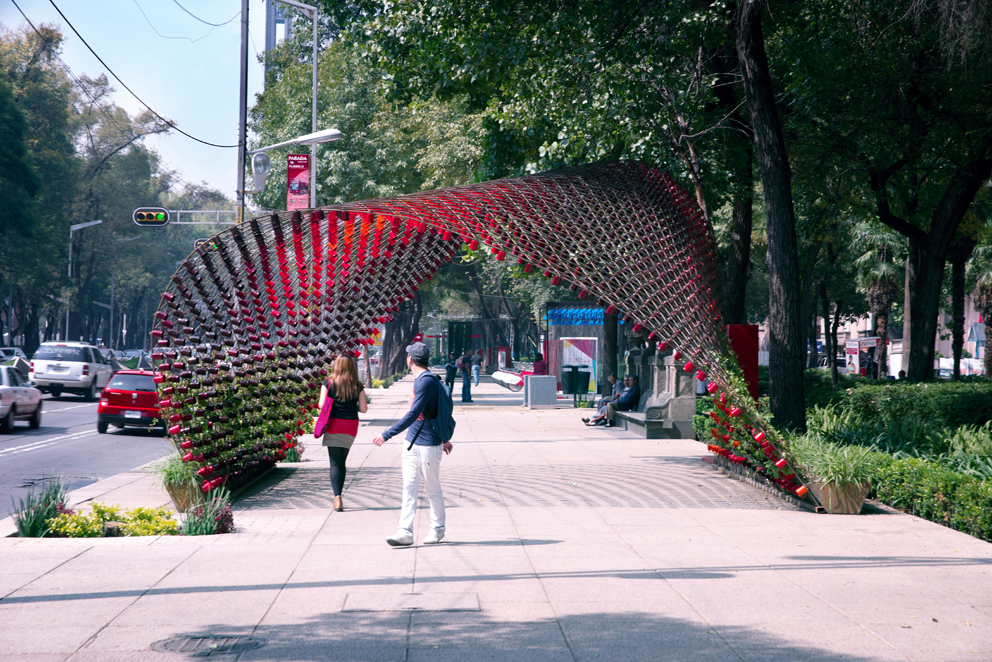 Together with the colors of the cups, the shape strengthens the impression of the portal’s movement. Photo © Rojkind Arquitectos, photo by Jaime Navarro 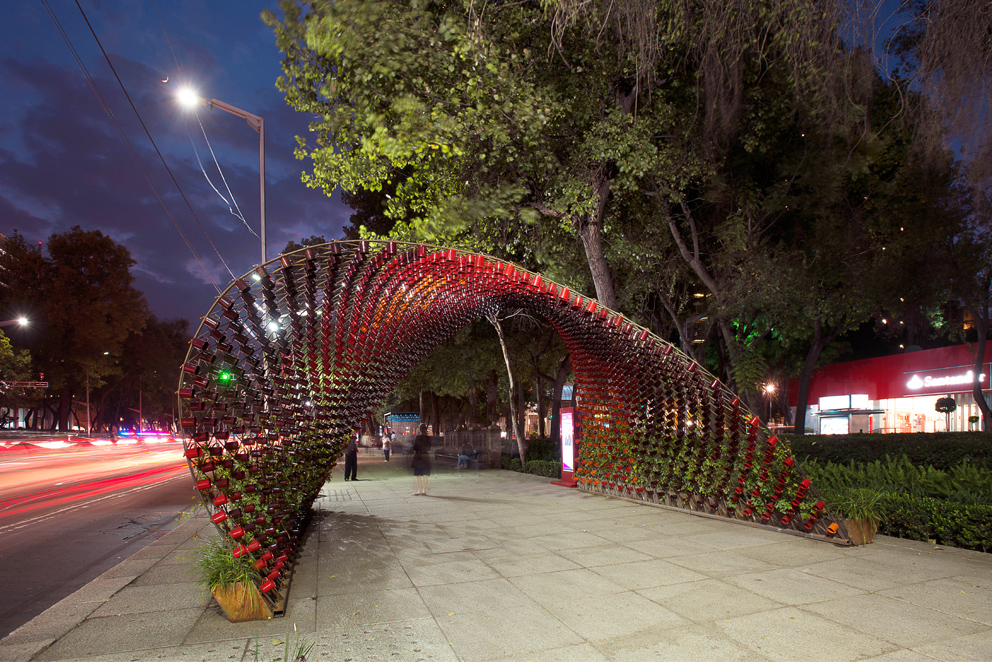 Even in darkness, the portal marks the importance of the urban public space. Photo © Rojkind Arquitectos, photo by Jaime Navarro 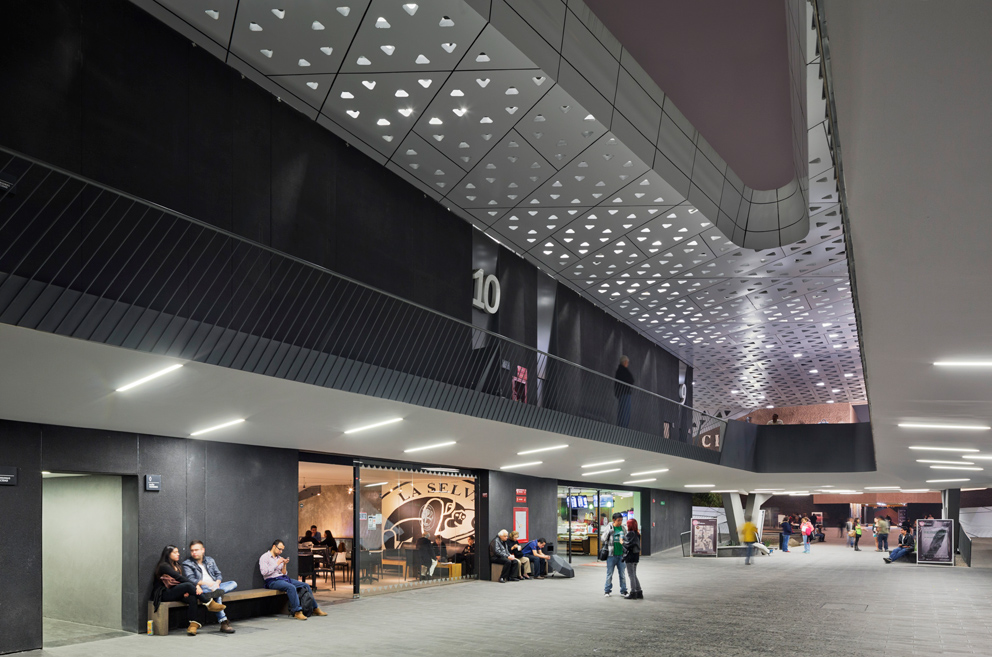 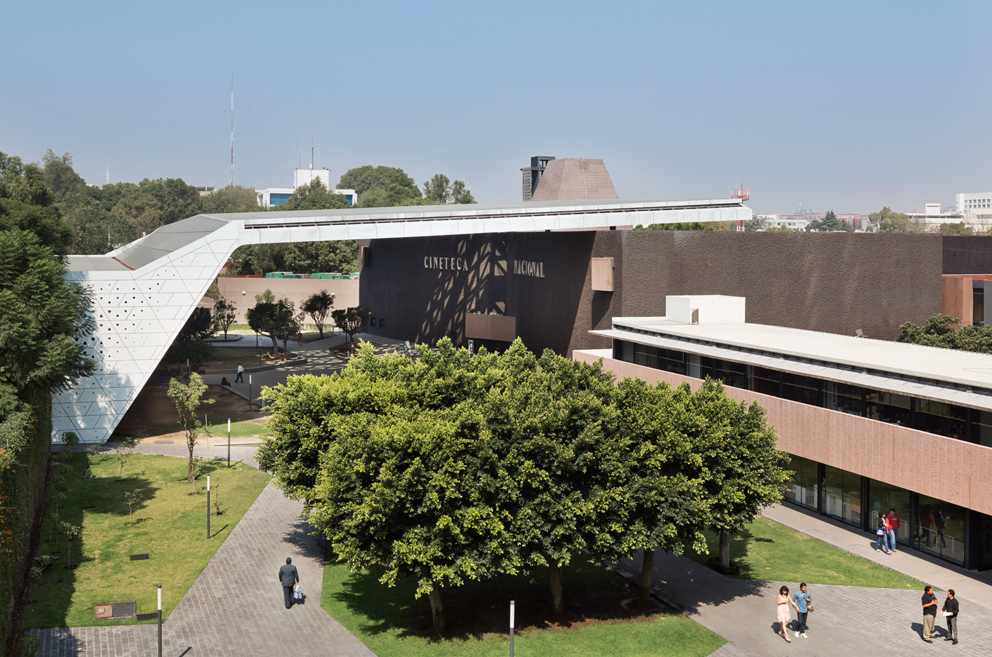 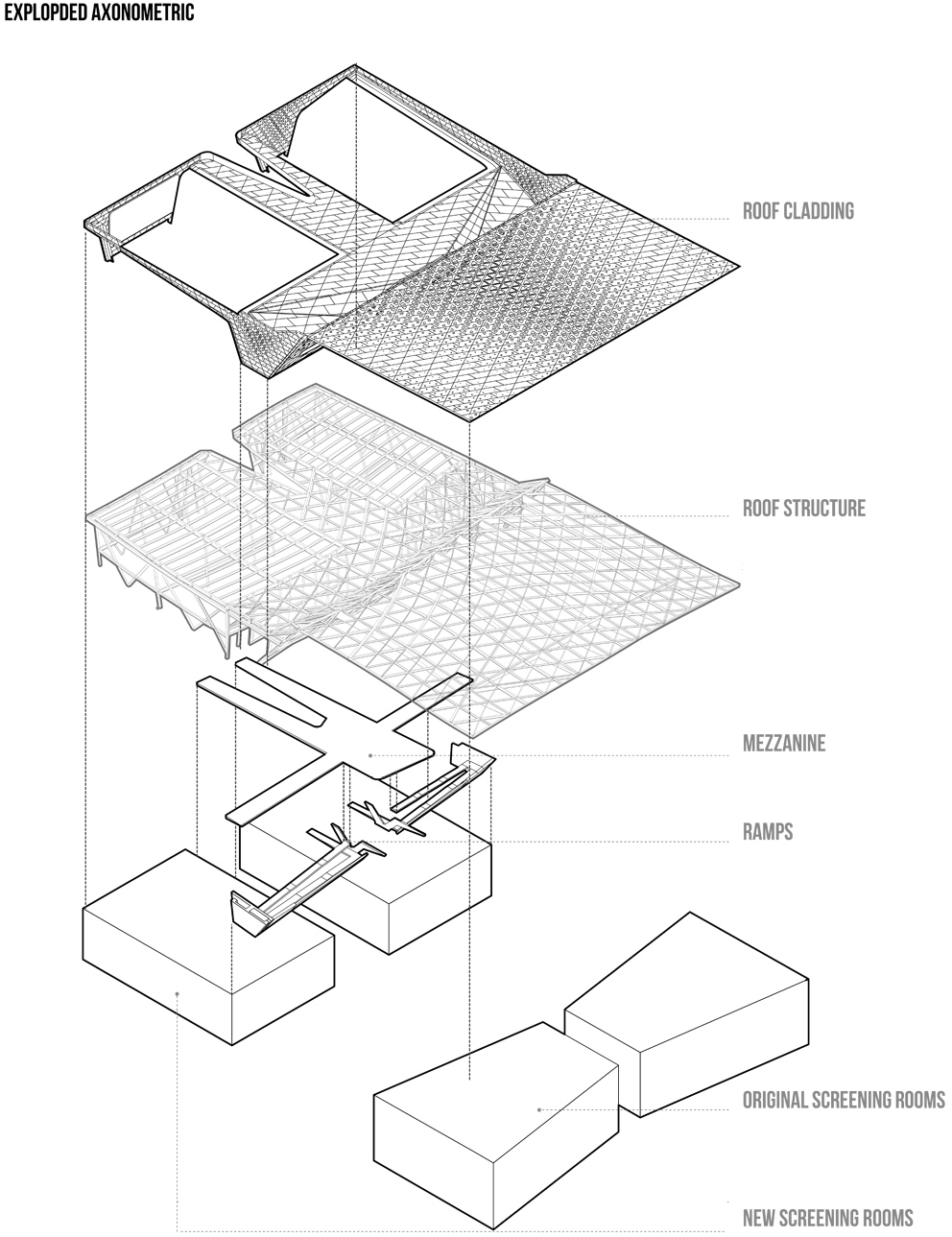 The exploded view shows the existing screening rooms and the expansion of space with the newly created routing and the roof structure. Graphics © Rojkind Arquitectos

The new roof structure connects the new building to the existing buildings and covers the public space on the campus of the Film Institute. Graphics © Rojkind Arquitectos
Advertisement