Architectural finesse, elaborate craftsmanship and a fine feel for timeless design: Architect Bernd Schweizer of Schweizer Architekten and the building’s new owners had to master the one or other tricky challenge when giving the heritage-listed villa in Neustadt an der Weinstrasse, a town in the state of Rhineland-Palatine, a facelift. Not to forget, with its ornamented timber-framed dormer windows, oriel and Art Nouveau banisters, this architectural gem exudes the charm of early 20th-century patrician houses. And it goes without saying that the owners, a married couple, wished to preserve this wonderful charm despite the extensive refurbishment work done by the Stuttgart-based architect.

Today the villa, which comes with a gazebo, conservatory and twin carport, radiates a fresh new look, enthralling passersby in particular with its lavishly restored details, including the cast-iron gate and the double-leaf French doors from 1903. While the owners opted for a playful interior design for the living areas, it’s all pared-down elegance with elegant fittings from Vola in the spacious bathrooms on the top floor: Washbasin fittings with wall-mounted single hand mixer taps from the “111M” range make for fantastic eye-catchers thanks to an elegant chrome surface finish, providing an intriguing visual contrast to the white washbasins, built-in furniture, and walls.

In the large attic bathroom, the (likewise chrome-plated) side tub mixer tap from the “BK11” range featuring a retractable hand shower turns a relaxing bath in the freestanding tub into a feast for the eyes. Slender, softly curving taps, round built-in mixers with delicate handles: The fittings feature the modern hallmark of Danish designer Arne Jacobson, who for the first time developed bathroom fittings for Vola back in the early 1960s. Characterized by simple geometric shapes, these timeless classics now perfectly complete the interior of this elegant villa. (sb) 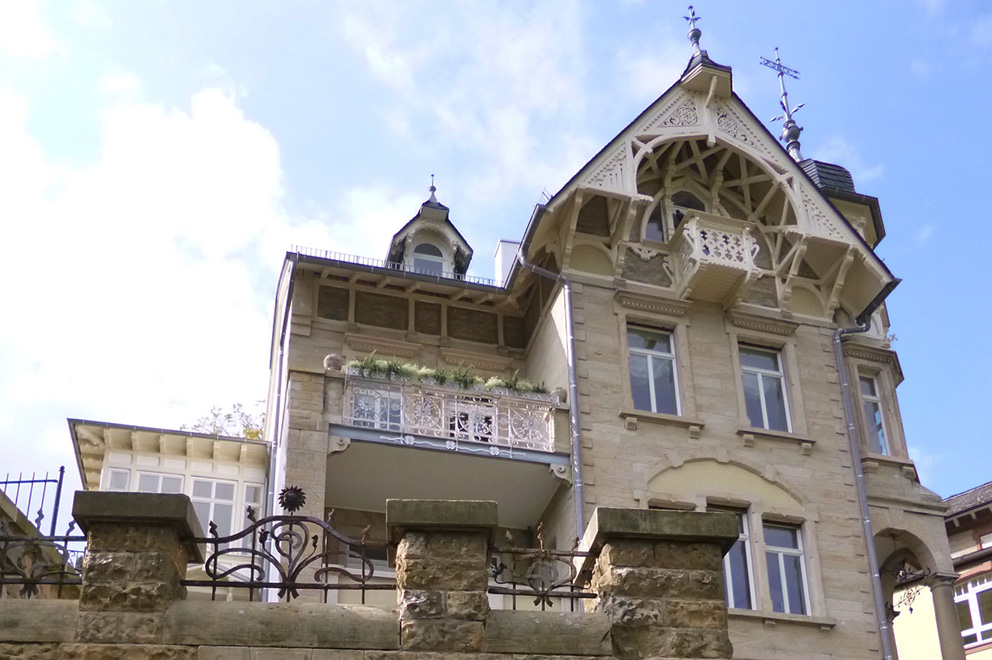 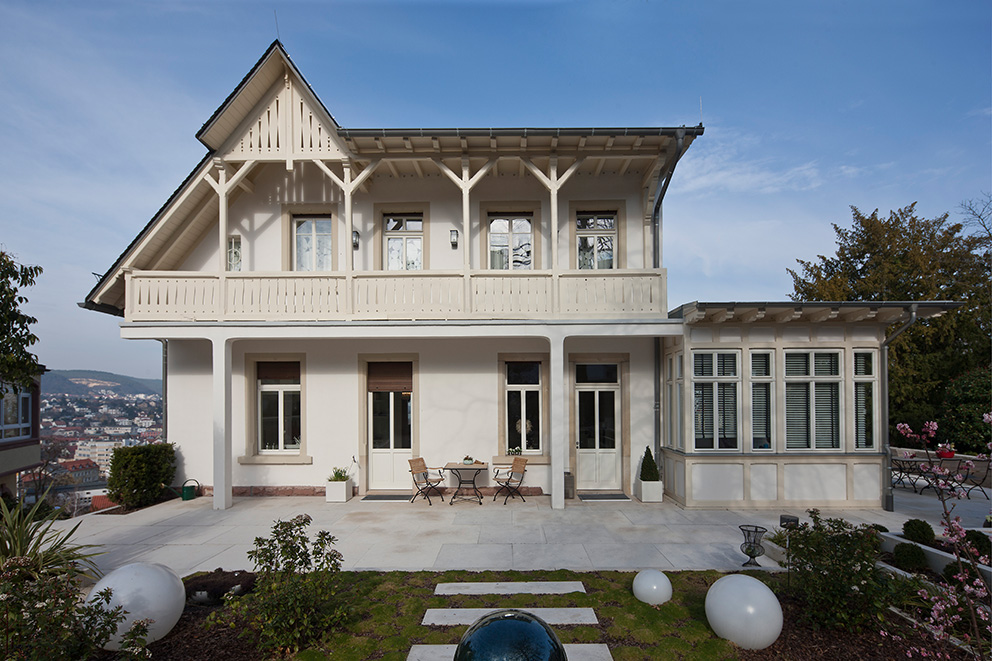 Splendid view of Neustadt an der Weinstrasse: The new occupants get to enjoy the idyllic vineyard landscape in the rambling gardens complete with gazebo. Mind you, despite the historical villa’s charm, revitalization required extensive efforts, including architectural finesse and expertise of old artisan techniques.
Photo © Wolfgang Pulfer Fotografie, Munich 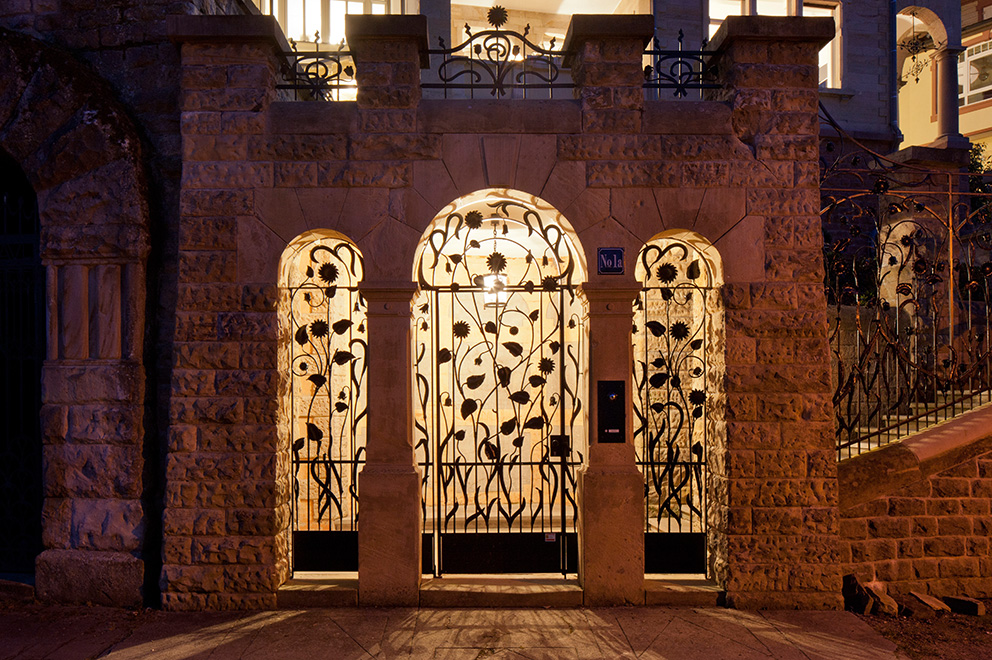 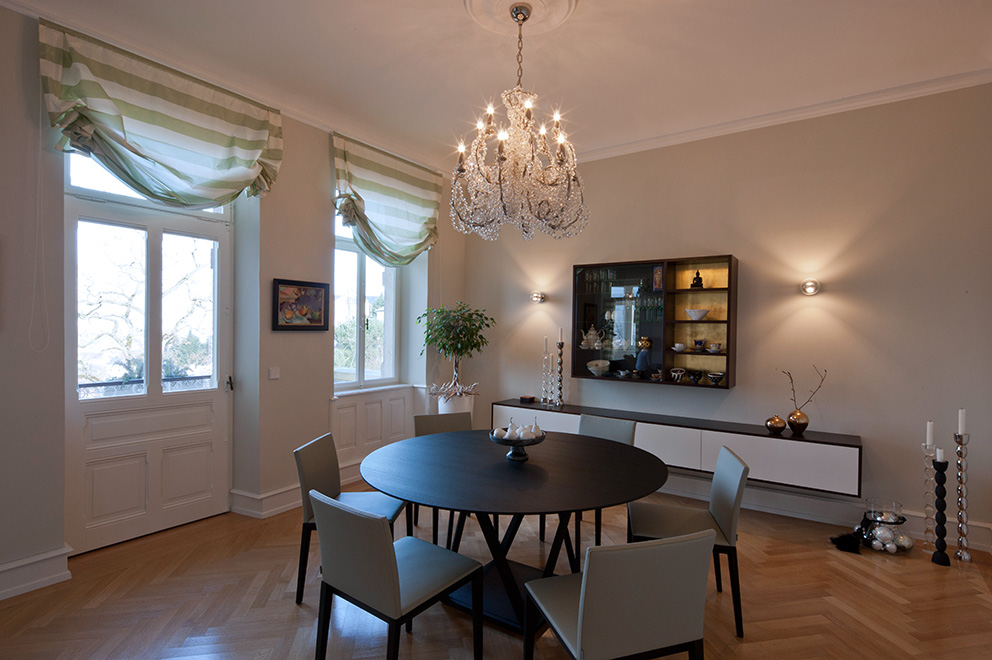 Melding old & new: In the living areas the owners had the stucco ceiling and wainscoting renewed. After the facelift, Baroque-style chandeliers now illuminate the dining area, which features a modern table and chairs. Photo © Wolfgang Pulfer Fotografie, Munich 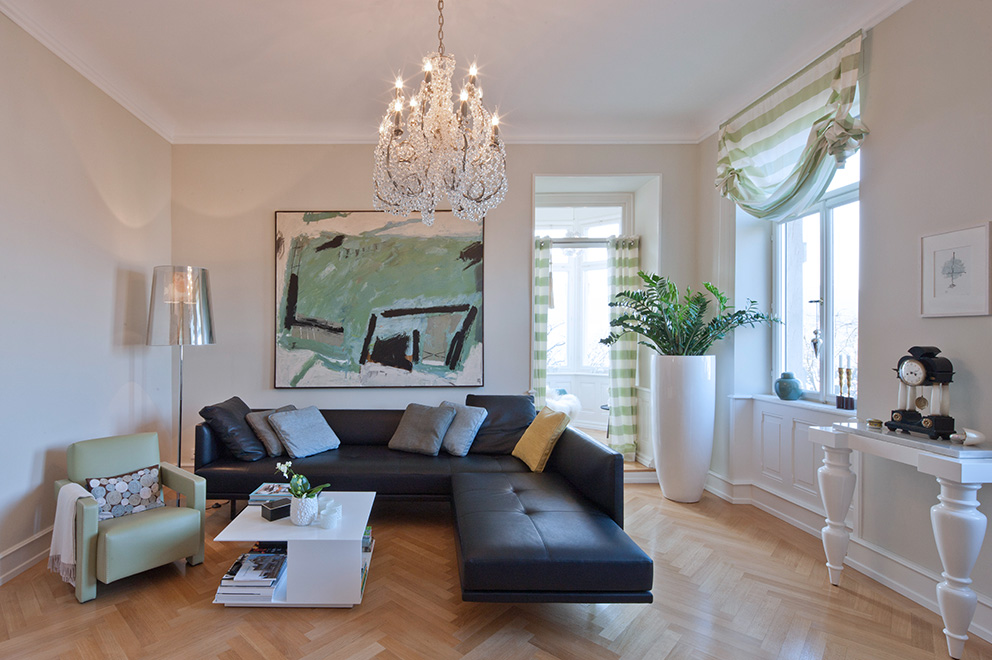 Cooking in style: In the kitchen, timeless fittings from Vola’s “111M” range shine in front of the blue-and-white ornamented tiles on the wall.
Photo © Wolfgang Pulfer Fotografie, Munich 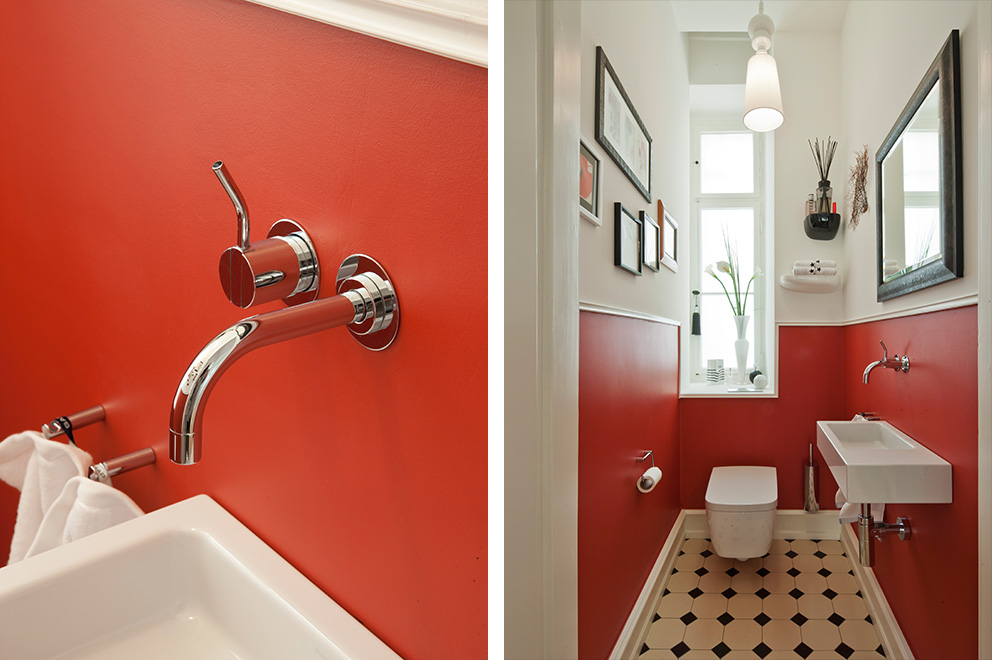 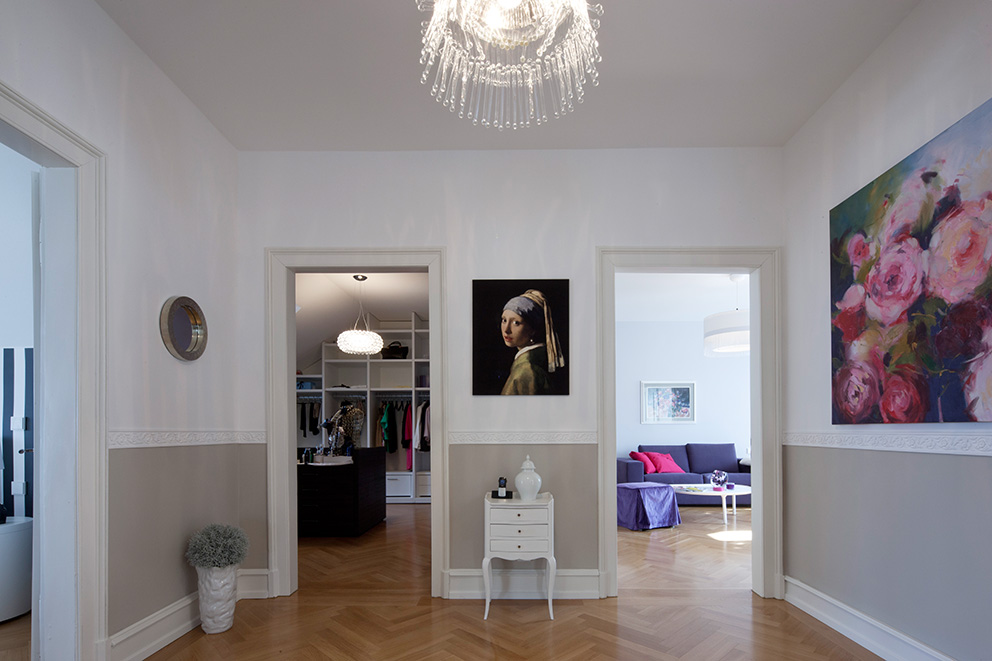 The Girl with a Pearl Earring: In the hall, a print of Vermeer’s famous painting embellishes the wall, which was elaborately restored, as was the wainscoting.
Photo © Wolfgang Pulfer Fotografie, Munich 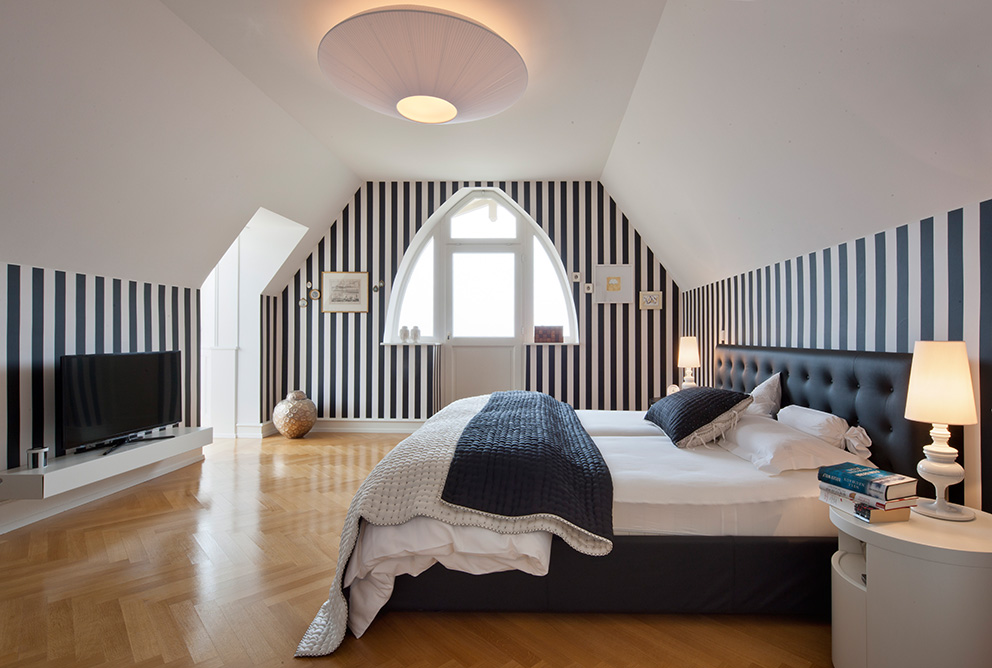 For the bedrooms the owners opted for a cozy and welcoming ambiance, featuring restored latticed gable windows on the attic floor.
Photo © Wolfgang Pulfer Fotografie, Munich 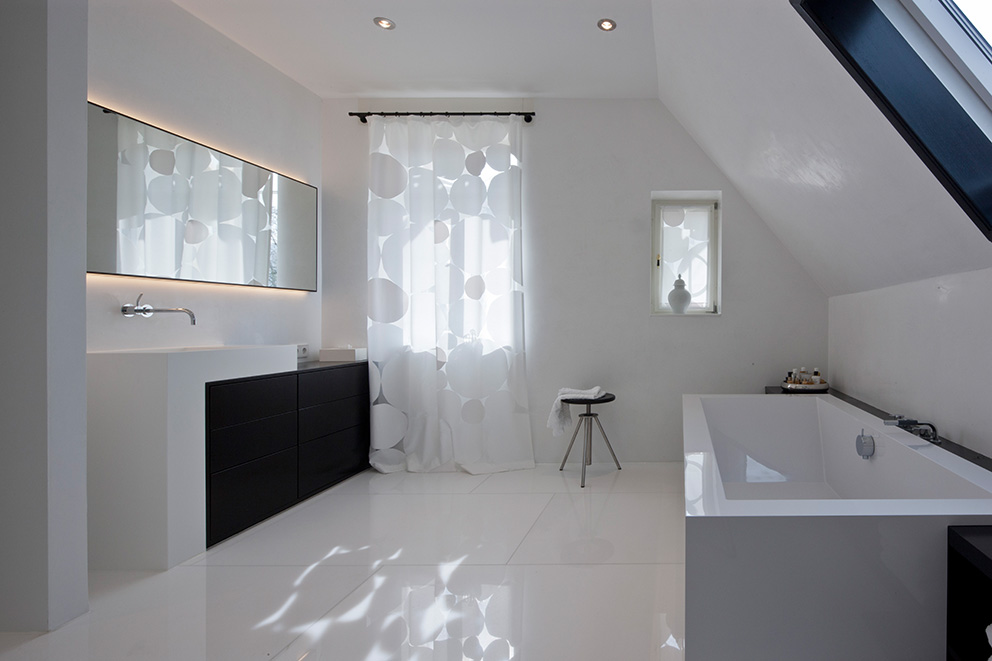 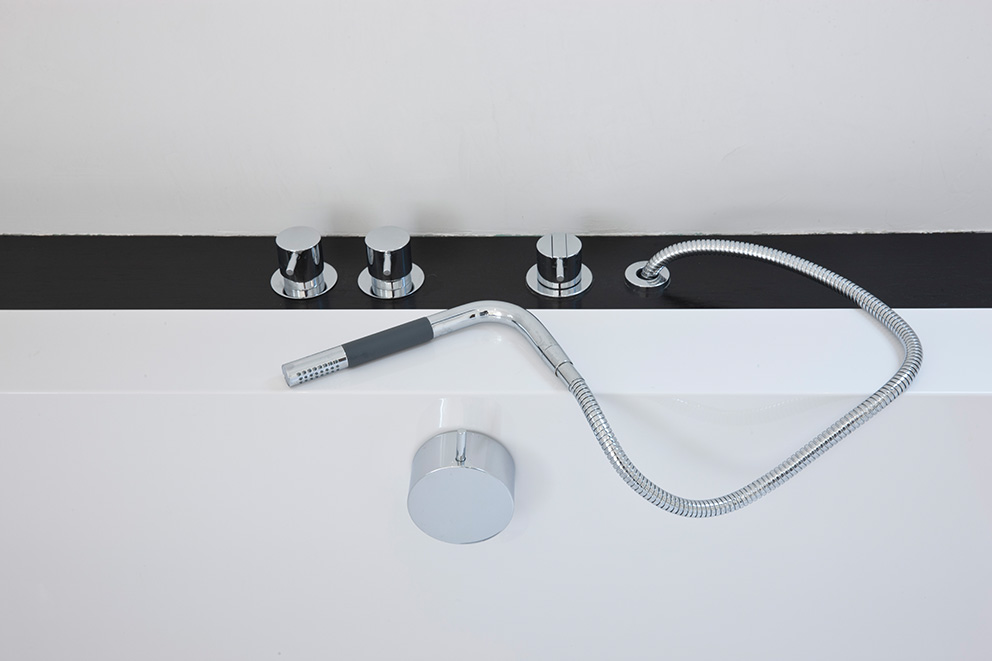 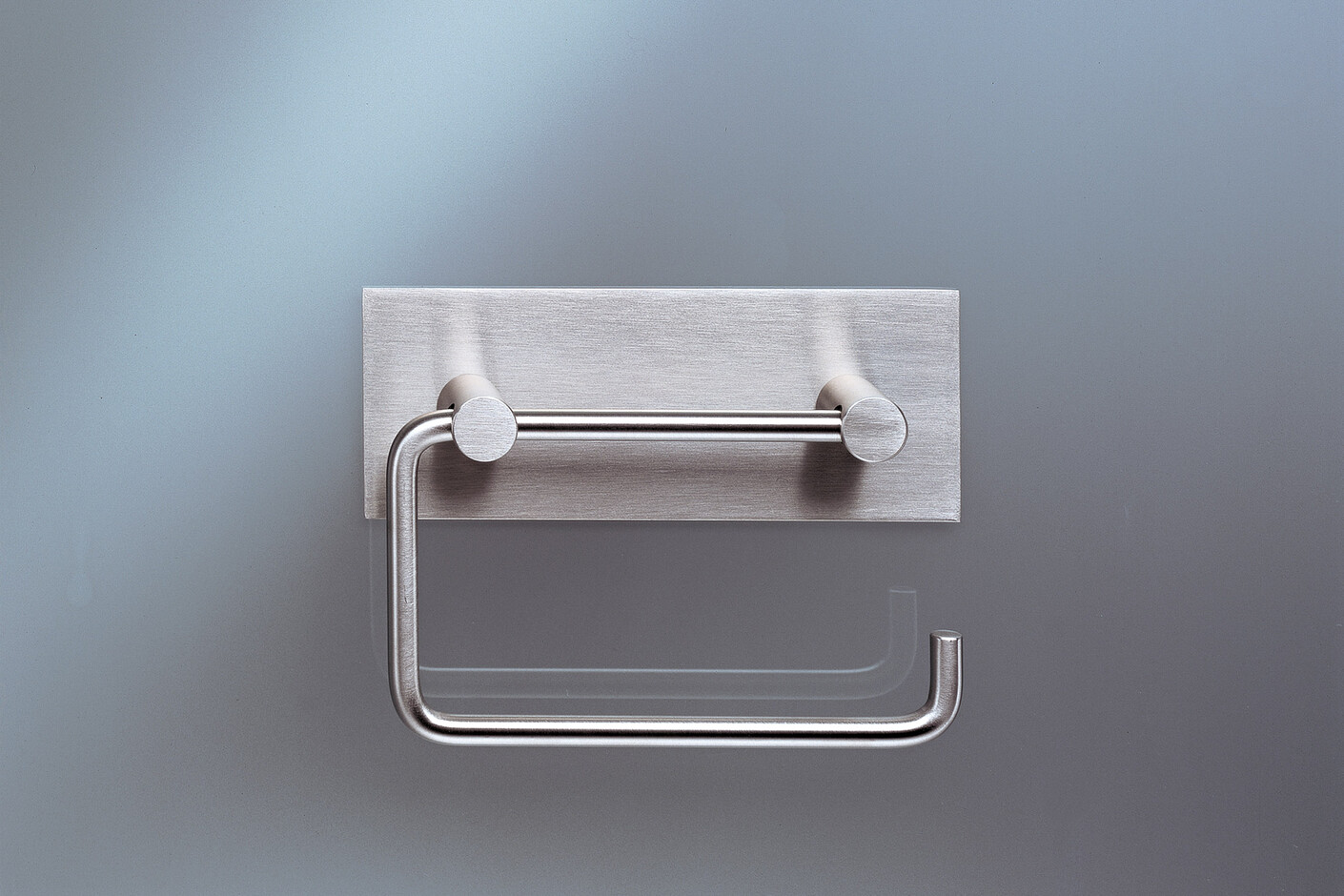 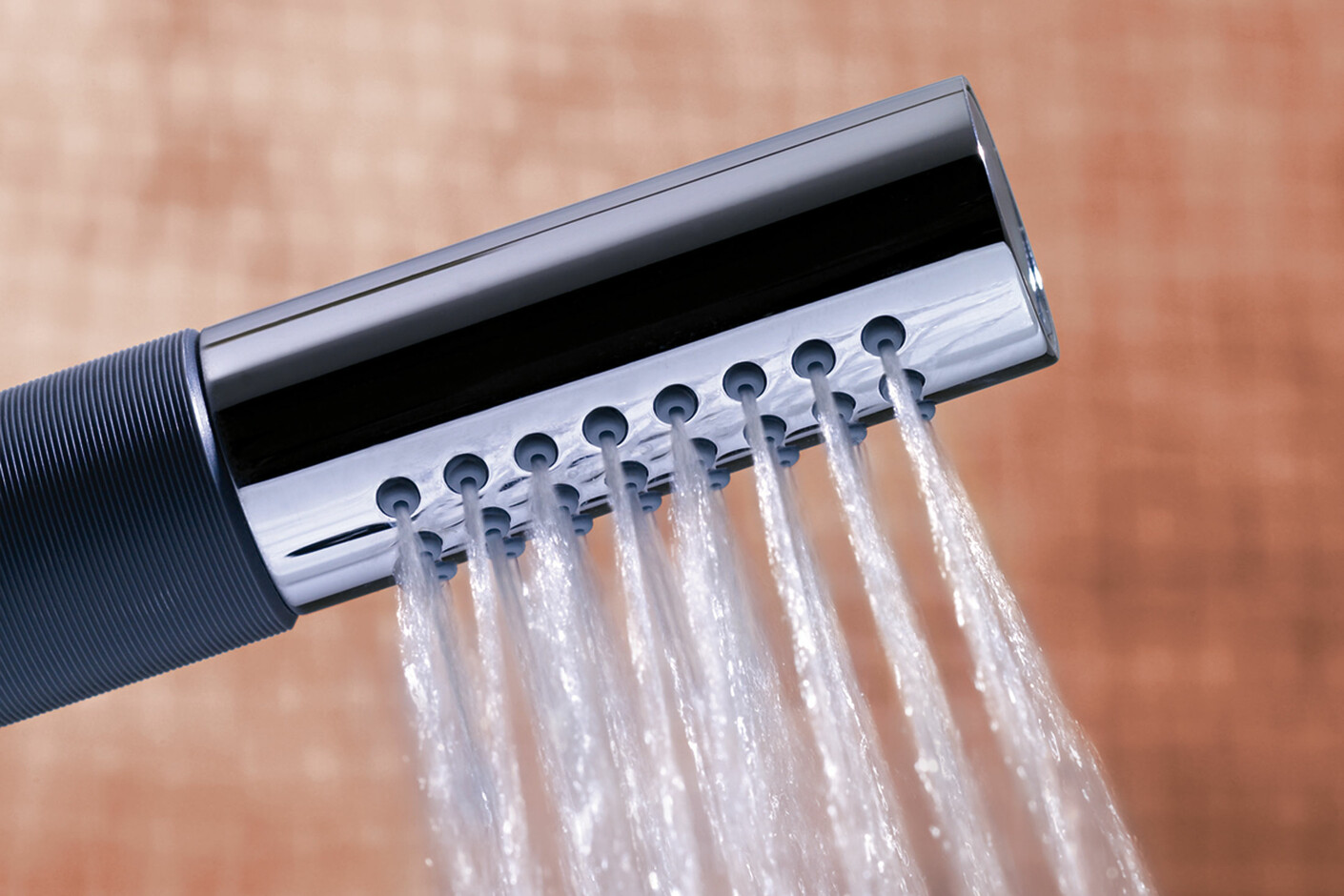 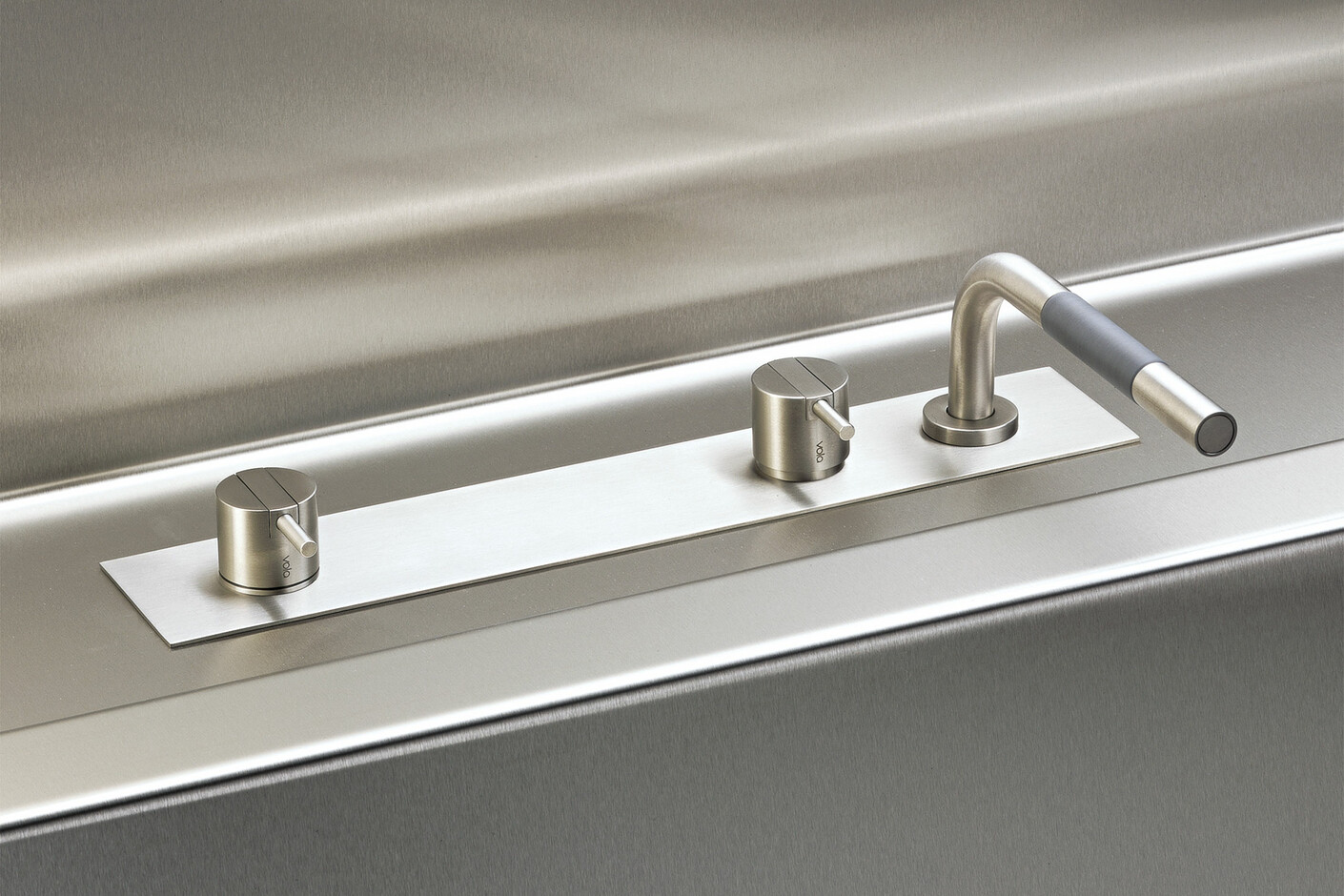 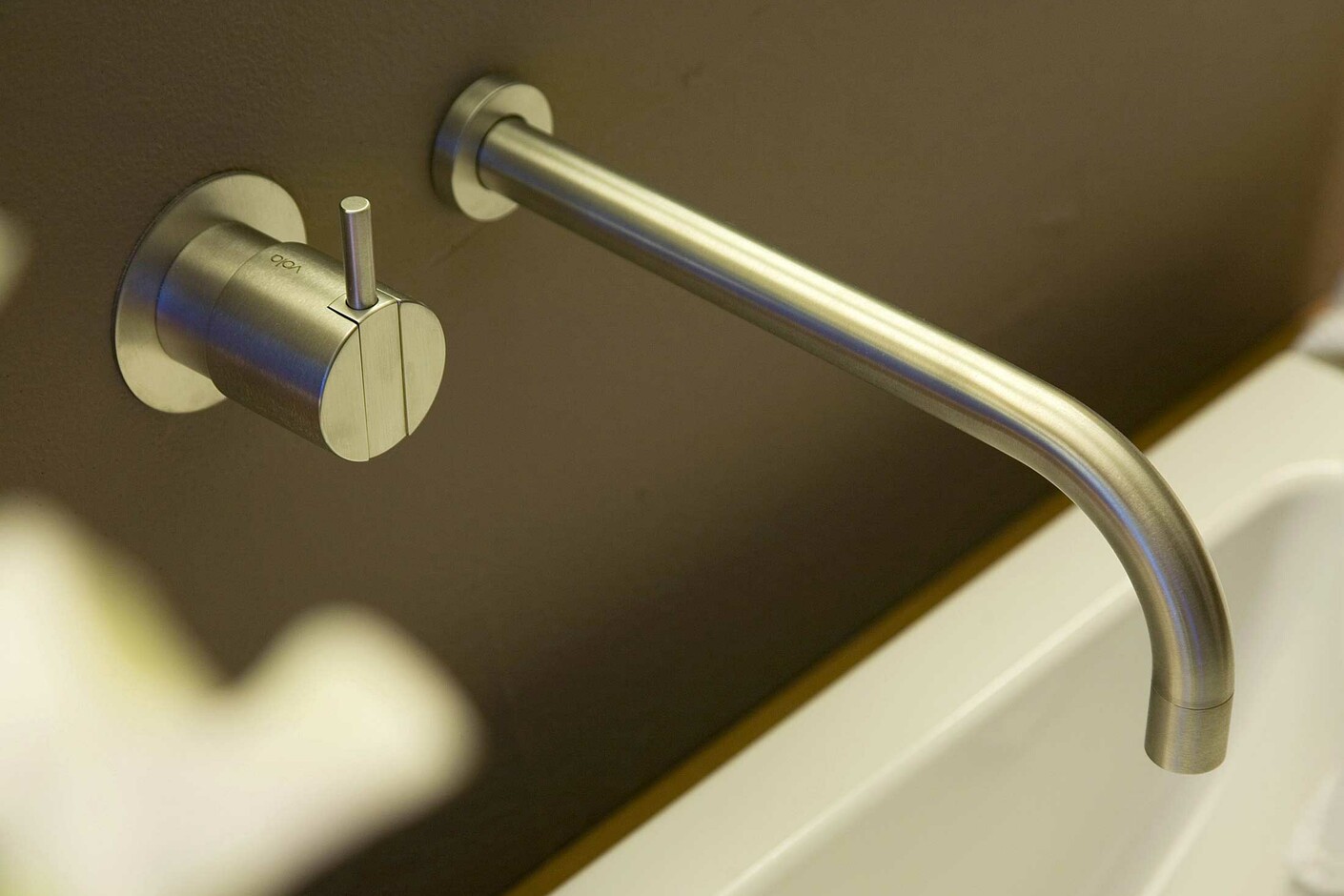