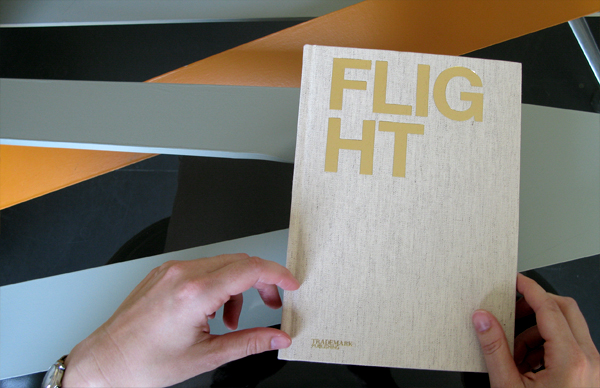 There is always something exciting about travel: the planning, the pleasant anticipation, the lively atmosphere at the airport, the plunge into new cultures, foreign languages, landscapes and colours. Hidden worlds open up. And the mysteries begin long before you arrive – at the check-in desk: when the destination, encrypted as an abbreviation, is stuck on the handle of your suitcase and the journey to BJS finally begins.'Flight' is a sure guide to learning how to decipher and read new places. A journey round the world in 554 pages. Bound in linen. A photographic journal, which tells of experiences and places that Antonia Henschel has met in a year of travelling. First a picture of nowhere in particular, then in alphabetical order, all her destinations: from Amsterdam, Beijing and the Isle of Wight, to New York and Zurich. In black capitals on white paper, in Helvetica, separated by commas, they stand there, sans serif, clear and unmistakable. Yet Antonia Henschel does not make things quite so simple for the reader. Anyone wanting to join her on her journey must think with her too. With typological leaps in the concatenation of the letters you have to read past the lines, past the pages and gradually assimilate the places. Words and places appear as if in some mysterious code and thus acquire an anonymous, inscrutable, mysterious quality. After this initiation, like a reading lesson for the mind, you are allowed to attempt the pictures. In chronological sequence, the photographs line up one after the other. Largely in portrait format, in saturated colours on coarse, matt coated paper. It is deliberately not a glossy tome of photographs, which presents things seen as works of art. The pictures in this book are jottings. The impressions and fleeting moments are kept together on just ordinary paper, as befits short stays and long journeys.The images tell of foreign places, landscapes, people and things, of once-in-a-lifetime views and every-day situations. Of curtains in Milan, and their rhythmic movement, of traffic cones somewhere in Tokyo, that do not themselves seem sure of their own raison d'être, of façades and cobblestones in ornamental formations, of flights of stairs and water buckets and of wet umbrellas hanging on plastic walls, creating their own Documenta art exhibition in the Auepavillon in Kassel. Sometimes a series of images tells a story common to them all, at other times the images are single impressions, a town sign that has forgotten its message, people in costume whose sense of reality has been eclipsed by laughter, deserted villages shrouded in snow. In between them all, a mix of human beings. Policemen, tourists, a bride, workers, children, all trying to assert themselves in the face of the mighty architectural structures and colours. Nor do they appear to be of interest as people, but rather because they are a part of the city, because they leave their mark on the urban image.The pictures collected together in 'Flight' are more than a diary of memories. They are, at the same time, a visual compass, points of reference for finding one's way. How does one indeed find one's way around on journeys, in foreign places? For Antonia Henschel it is with impressions, markers in the towns and cities, significant street corners, angles of view, shop windows, squares and architectural details, which help her navigate the unfamiliar city streets.On every new journey, you always take with you experiences and memories of things that have happened, things you have seen before. So that the places and images in 'Flight' are also not simply chronologically sequenced one after the other, there is a relationship between the pictures – over and beyond the cities, countries and oceans. Sometimes it is the similarity of the pictures' structure, sometimes themes or just a colour which links the pictures to one another and turns them into a story.Antonia Henschel has created a remarkable book, which not only delights with the density and drama of its structure, but also with its own peculiar gift of observation, sharp-witted and humorous, an ability to see things that for most of us are invisible."The World is a book, and those who do not travel read only a page" Augustinus once said. Thanks to Antonia Henschel we would no longer need to travel ourselves, yet would nevertheless see the world in all its multiplicity and variety. But, most of all, we would like to travel with her. 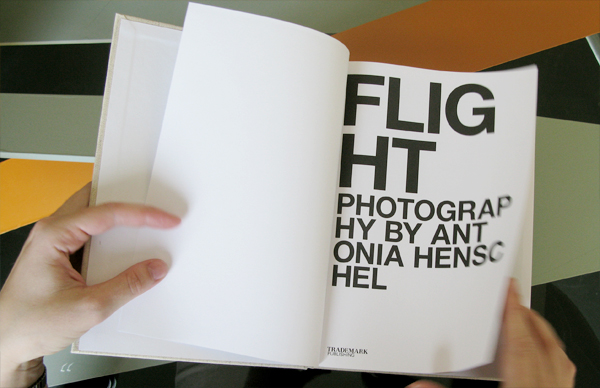 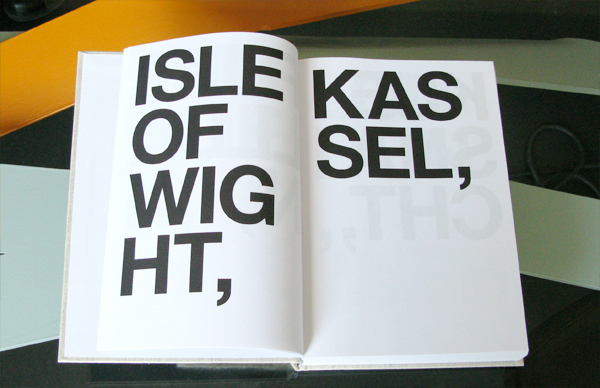 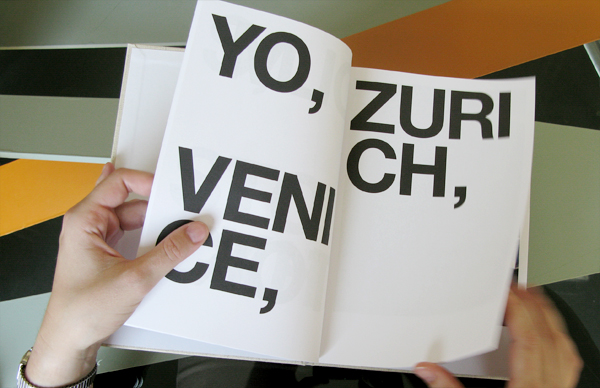 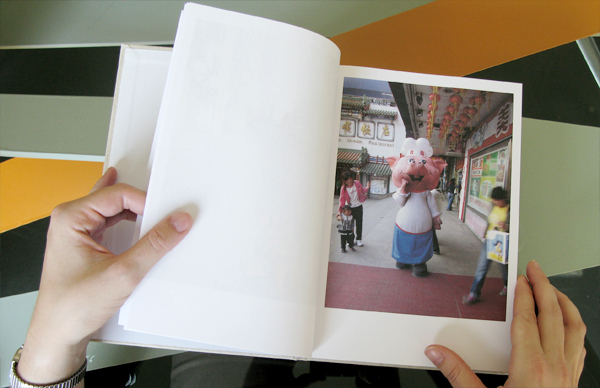 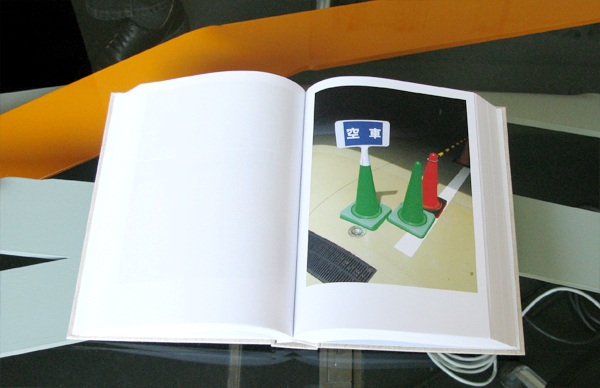 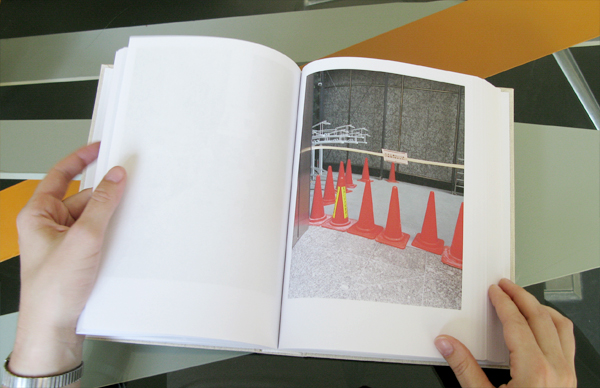 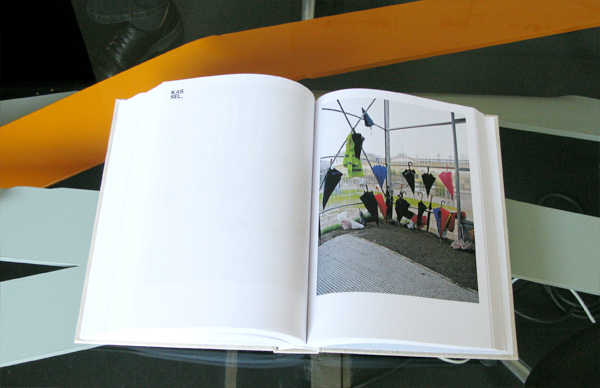 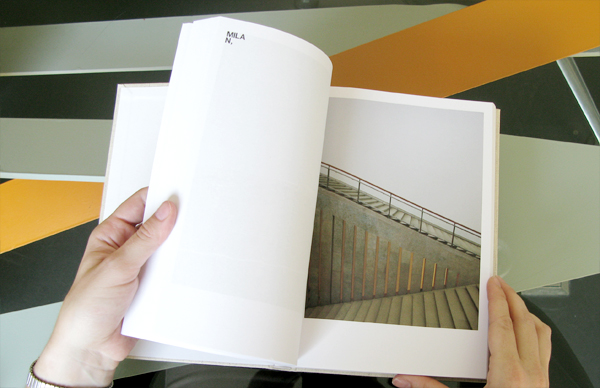 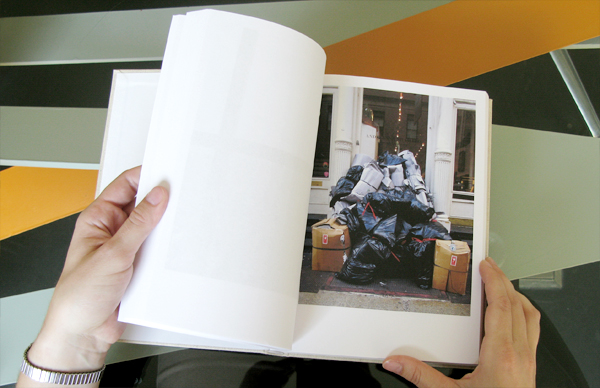 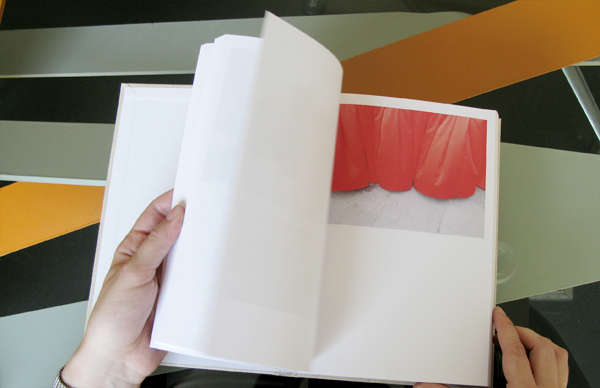 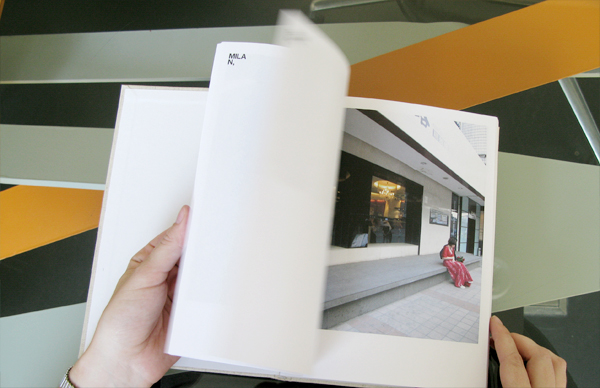 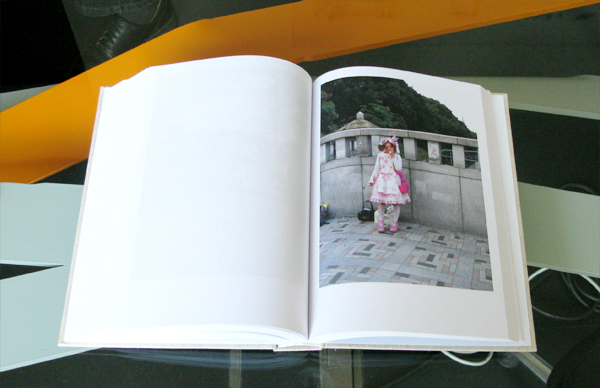 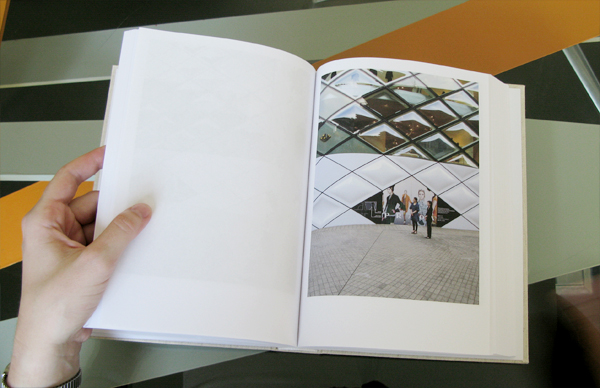 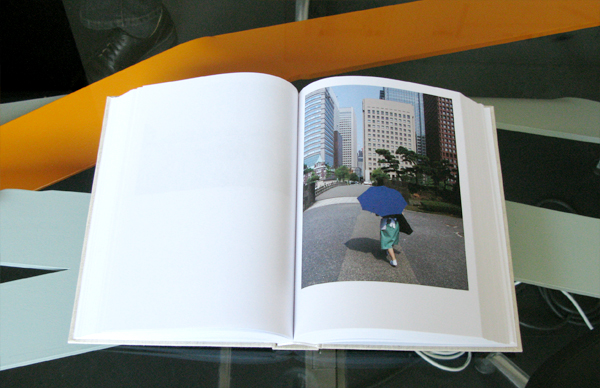 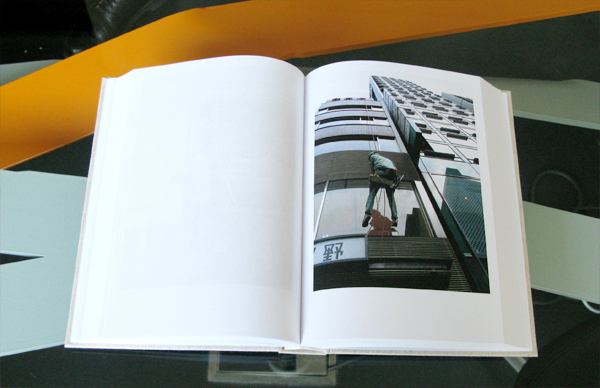 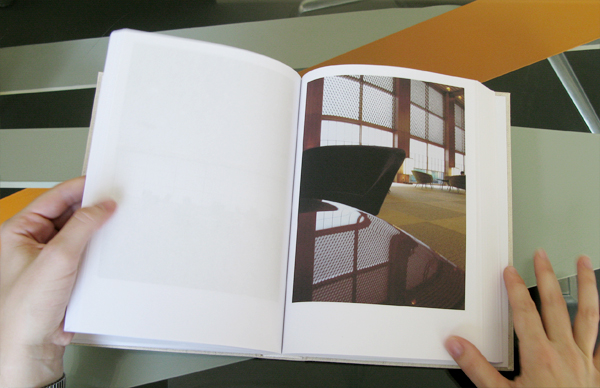 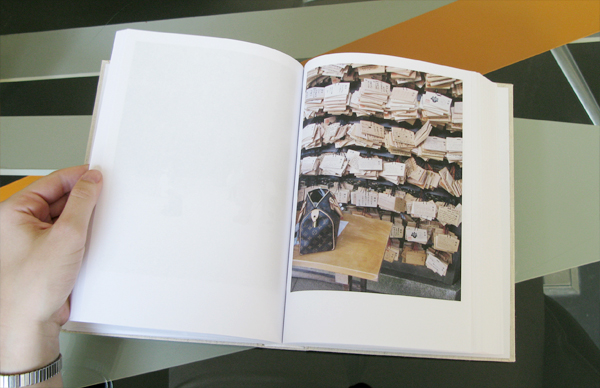 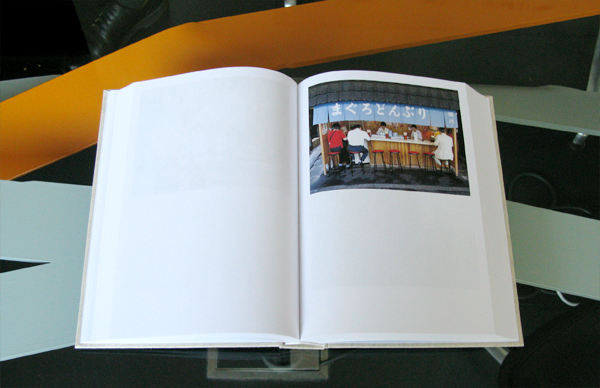 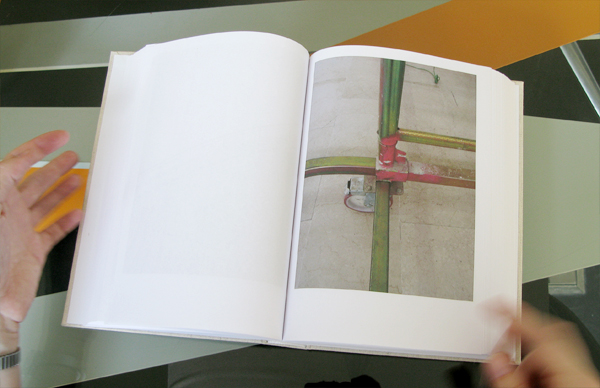 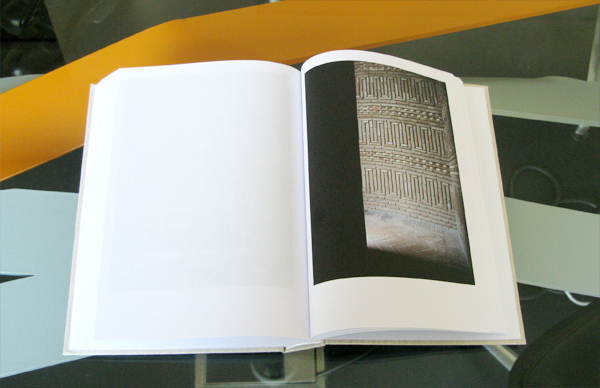 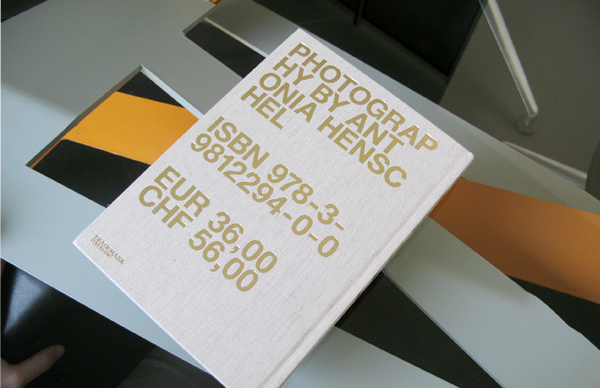