There are light sources which simply illuminate something; and there are luminaires which contribute to the illumination in multiple ways at once, be it by means of ingenious technology, the material used or a particular iconic quality. With Artemide, we strive to bear in mind all possible factors when it comes to a new luminaire or a lighting system.
Even the cofounder of the company, Ernesto Gismondi, brought with him - a passion for trailblazing technology, triggered by his study of aerospace technology -as well as a sure feel for people's needs and desires. Artemide has remained loyal to this attitude since 1959; and on the way encountered milestones in lighting design. At Light+Building 2008, it is primarily two lighting systems by Artemide that will prove that a light source does not necessarily have to have a technical appearance. With the adjustable spotlight "Focal" and the suspended luminaire "Orion", the Belgian design duo Serge and Robert Cornelissen has reduced the complexity of such sources of light to the basic geometric shapes of the rectangle and circle - and has thus made them architectural modules. With the spotlight "Focal", the matt black, cylinder-shaped bulb rim is inserted into a white rectangle, forming an object-like unit which is as simple as it is effective. The suspended lamp "Orion" is a square frame which hangs freely in the room on thin wires, which, in combination with the indirect distribution of light, gives the impression that it is hovering. Spherical spotlights can additionally be placed on the inner edge of the frame to give precise, direct illumination. Naturally, Artemide will also be displaying spectacular light sculptures, for example, the suspended lamp "Mercury sospensione" by Ross Lovegrove, recently awarded the red dot design award "best of the best" 2008. Several biomorphic "light stones" which reflect each other seem to hover underneath an aluminum panel. The light pearls and flows like water back and forth between the smooth stones and generates breathtaking refraction.Light+Building 2008
Hall 3.1, Booth E51 www.artemide.com 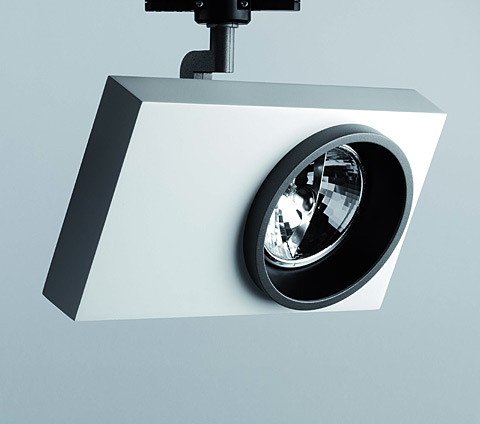 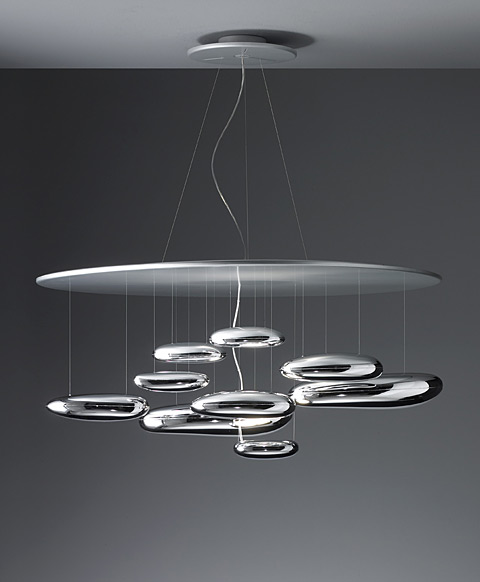 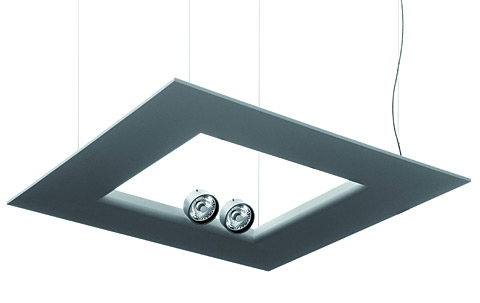